The RX 470 from PowerColor is well built dual-slot graphics card. The shroud is actually made of plastic, but the red plates, including the one with the logo are metal (here I should mention that the logo is upside down when card is installed in the case, but according to PowerColor this will be ‘fixed’ soon). 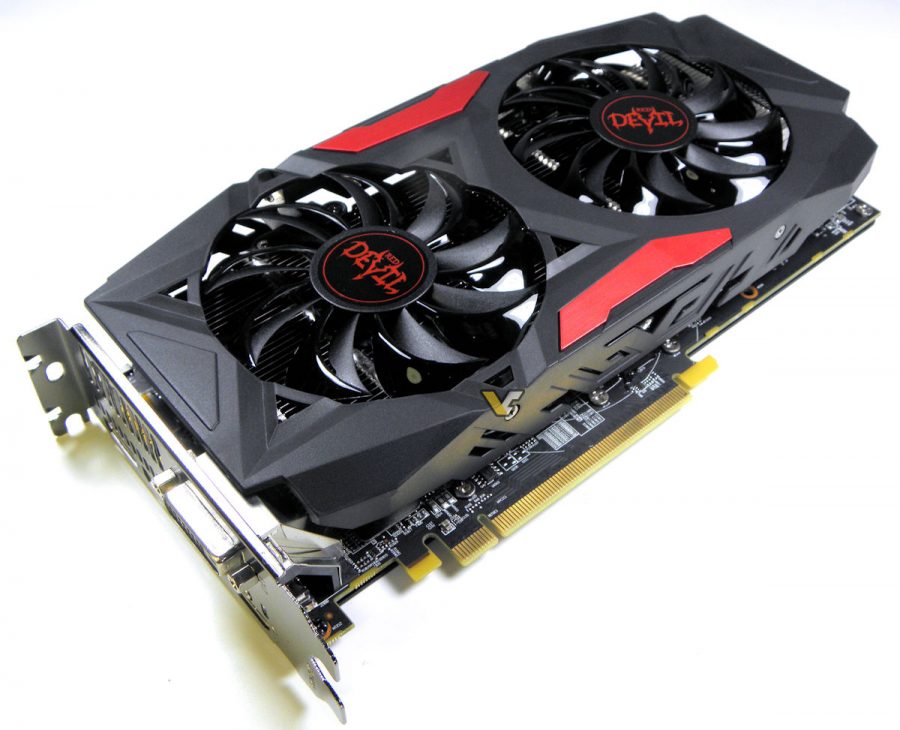 Of course this would be no Devil card without a backplate. It’s a full cover brushed metal plate with devil pentagram printed on it. It’s also a fingerprint magnet, so you need to be extra careful when installing it in the case. 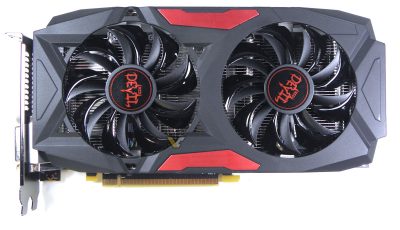 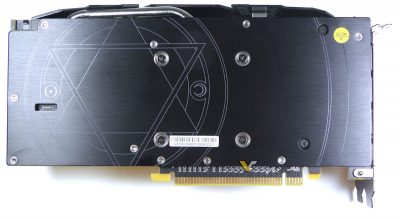 Here’s the picture of the board, which as you might’ve notice is fully custom. The display connectors are also non-reference, as we get extra DVI-D output. 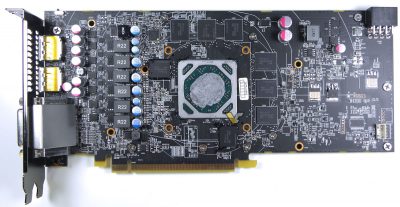 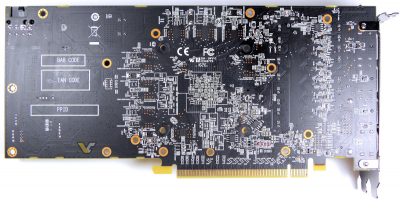 Here’s the main power section with six phases, and single 8-pin power connector on the second photo. There are 6+1 phases in total. 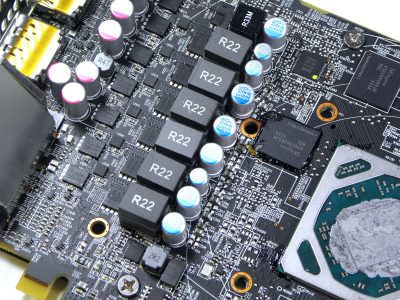 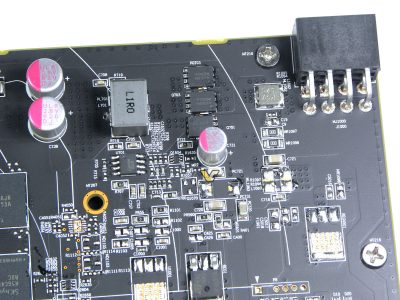 Apparently two modules are covered in glue, I hope this is not a new technique of memory installation. 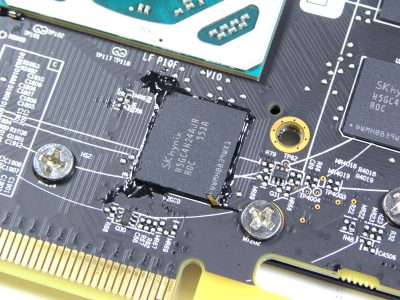 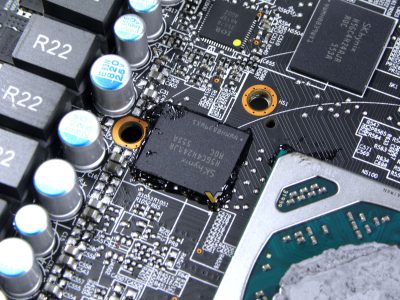 Here’s the whole cooler and Double Blade III fans. This card features ‘Mute Fan Technology’, which you should know as 0db technology. This basically means fans will  not spin unless certain temperature is reached, in this case that’s 50+C. 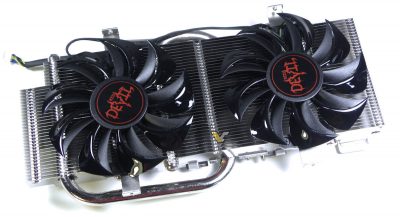 The rear of the card is where the most heat will be pushed outside the card. A good front case fan could really do wonders in this regard. 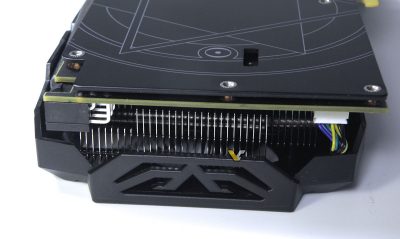 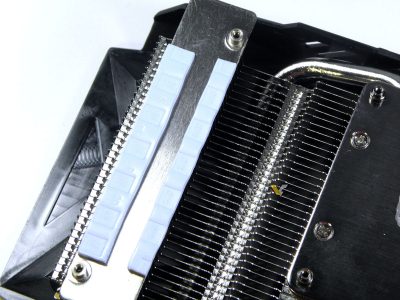 The heat sink is well designed. It distributes heat between three heat pipes. 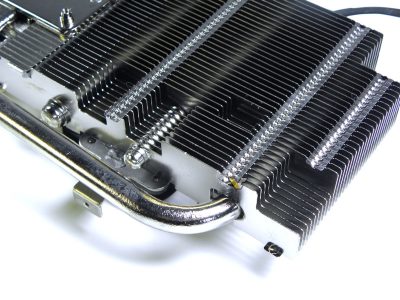 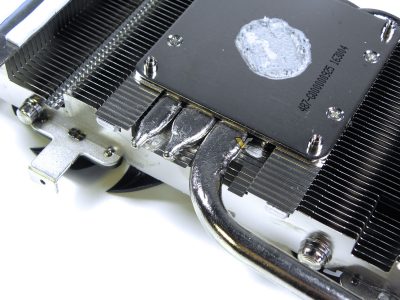 The card is rather heavy, but no excessive sagging was present (our motherboard has reinforced PCI-E slot). The GPU base plate is similar MSI’s GAMING X series. 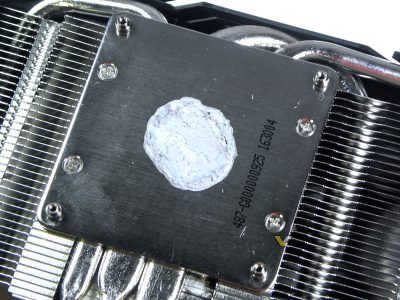 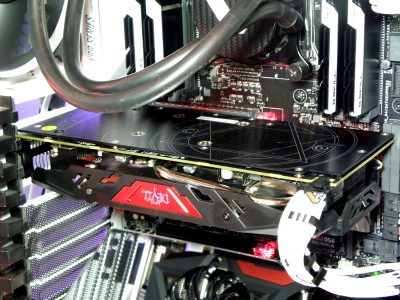 In the box you will find some leaflets and drivers on CD. 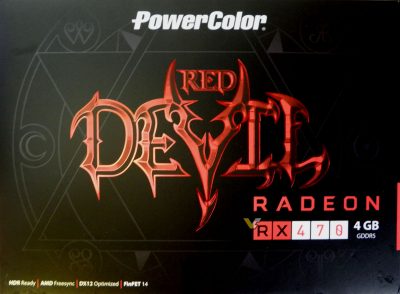 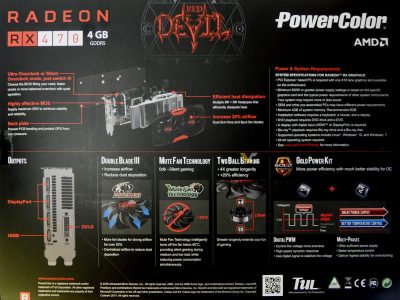 Now, lets move on to specs. The RX 470 Red Devil has Dual-BIOS feature. You can chose between ‘Silent BIOS’ and ‘OC Bios’. The first one has boost clock of 1220 MHz and the OC gives you 1270 MHz. Whether those frequencies are reached in games and synthetics I will explain later in this article.

The RX 470 has 4GB GDDR5 256-bit memory by default. Some manufacturers will offer 8GB version, but those cards will be more expensive than RX 480, so I’m not sure who is willing to buy those cards.

As always we start with overclocking. The first thing to mention are problems with Crimson 16.7.3. This is the latest driver for RX 400 cards, which brings better performance in some games like Rise of the Tomb Raider. This is also the driver that limits overclocking by introducing maximum clock speeds for memory. There are no other tools to overclock RX 470 right now with this driver, so I’ve settled with maximum 1800 MHz clock.

This card can probably go higher on the memory, but don’t forget it doesn’t have any heat spreaders over the modules, so I wouldn’t really advise to overclock it higher.

As for the GPU, the OC Bios already ships with the highest voltage allowed by this driver (1175mV), so we can’t go any further than 1350 MHz. Of course to keep the clock stable, we are enabling power limit of 150%. The fan speeds were also increased, which unfortunately means much nosier card. 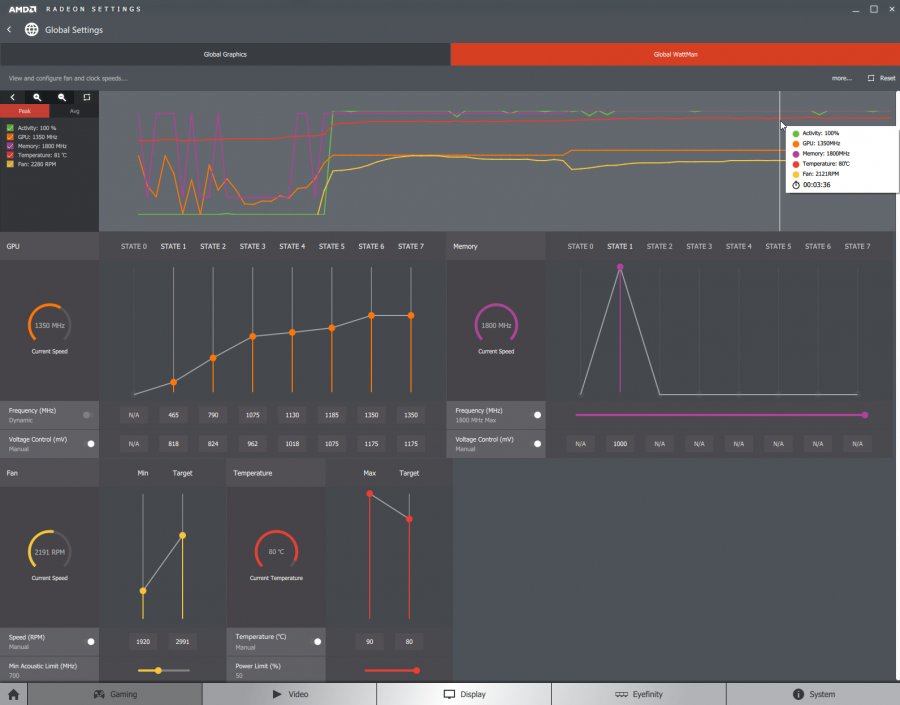 As mentioned earlier, RX 470 Red Devil has two BIOSes. The silent BIOS has 1220 MHz clock, while the OC BIOS has 1270 MHz. In our stress testing it appears that both modes share almost identical average clock of 1030 MHz in Furmark and 1220 MHz in FS Stress Test.

It means that the card is reaching its power limits and as a result the actual performance is quite similar. Only by increasing power limit we can achieve a stable clock speed, which we were using in our overclocking profile.

Furmark is the only benchmark that generates 86C temperature on this GPU, however this is only when card is overclocked and power limits are increased. 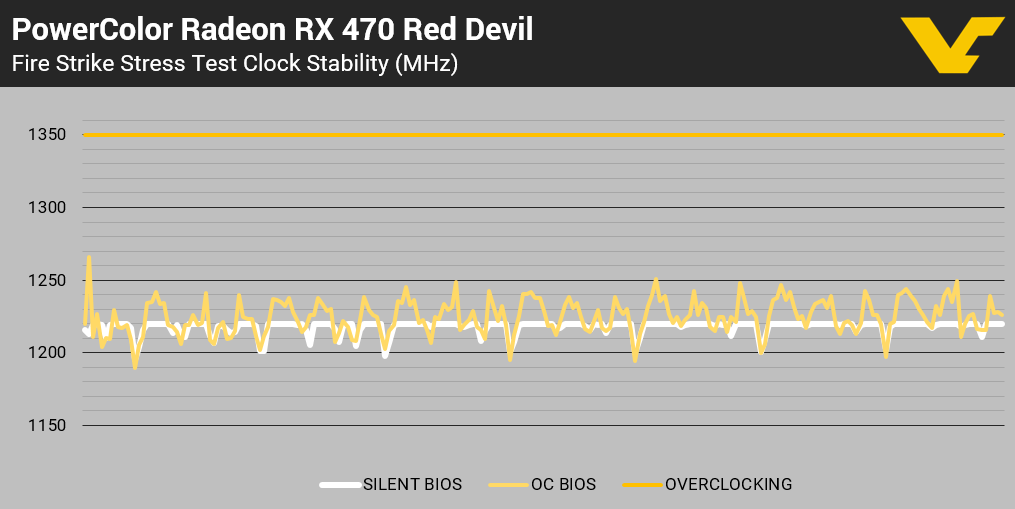 As you can see the variation of boost clock with OC mode is rather high, the frequency jumps to 1240 MHz only to decrease to 1215 MHz. One thing is certain, it does not reach stable 1270 MHz boost clock. Meanwhile in silent mode, the clock speed is almost stable at 1220 MHz. 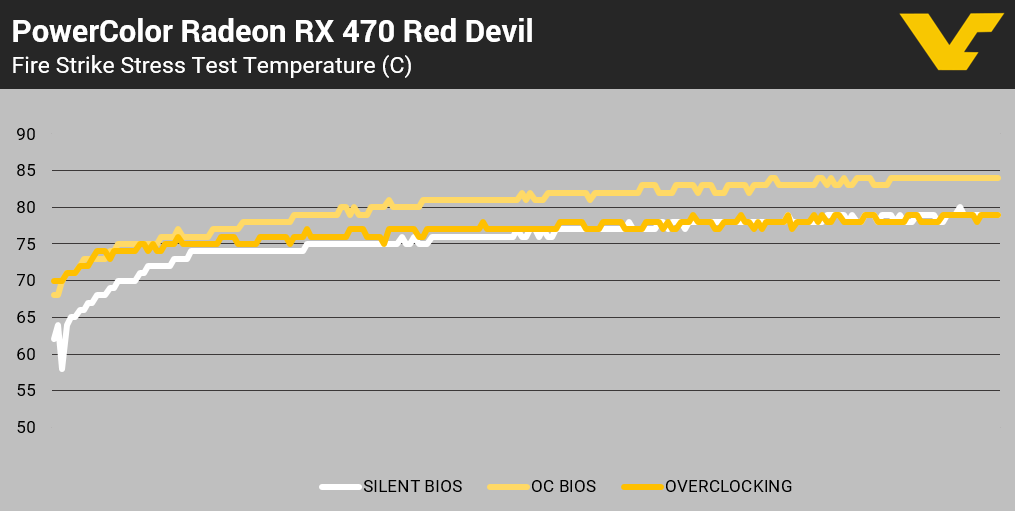 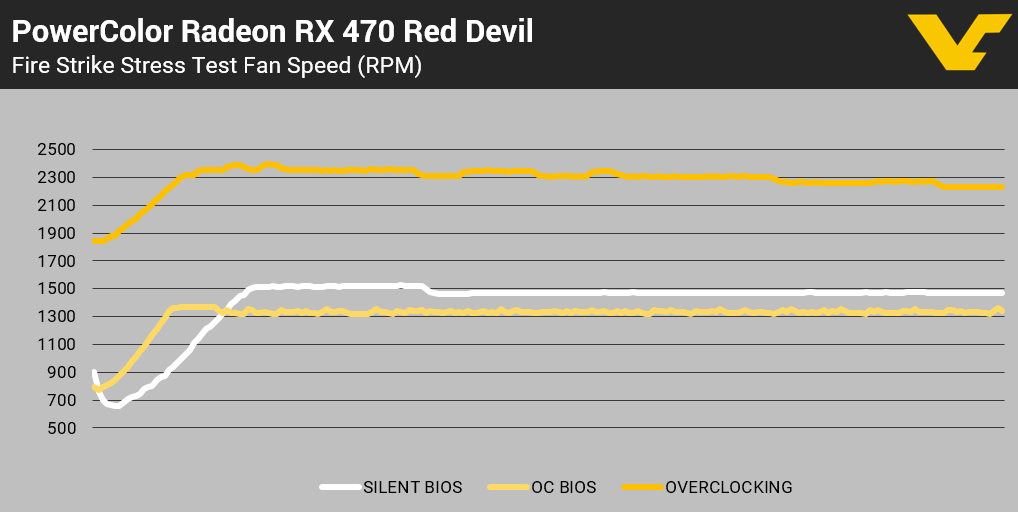 Here you can see the difference in fan profiles in both modes. In OC mode the fan speed increases more rapidly, while in silent mode you get less noise under 70C. However once it goes beyond 75C the fan speed is actually higher than in OC mode.