Time to take graphics card apart. To detach the cooler you need to remove 4 spring screws, which are directly connected to the GPU plate (as shown below). Bear in mind, there are three cable headers on the card, some are hard to unplug.

I think MSI may be applying little too much compound, it’s hard to clean the GPU and it could affect thermal characteristics of the GPU. 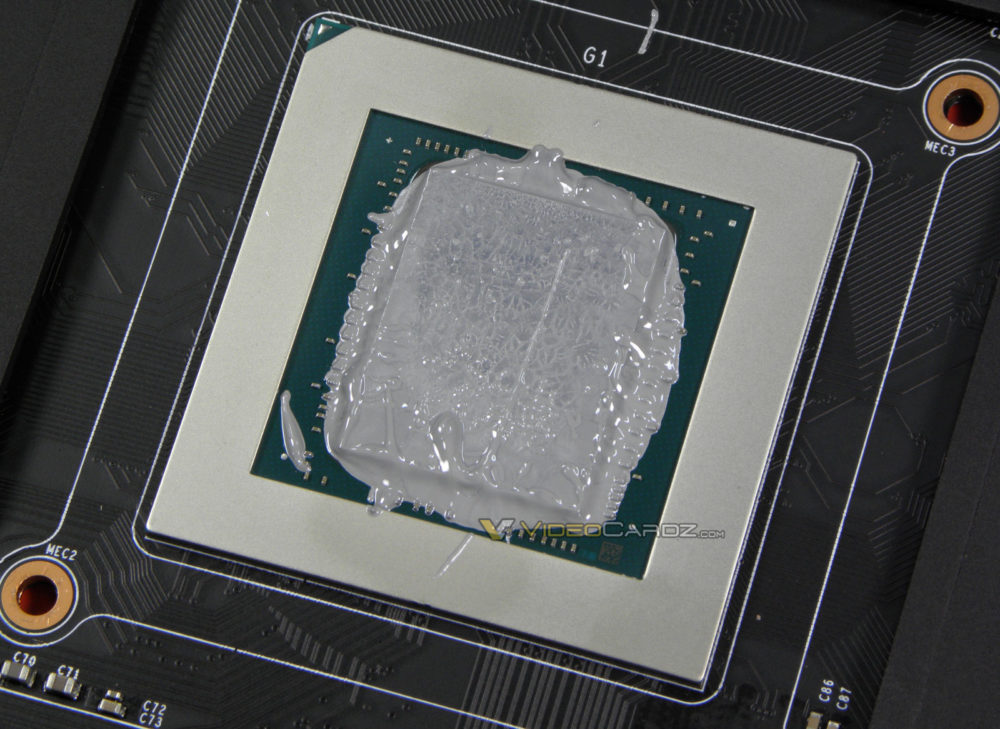 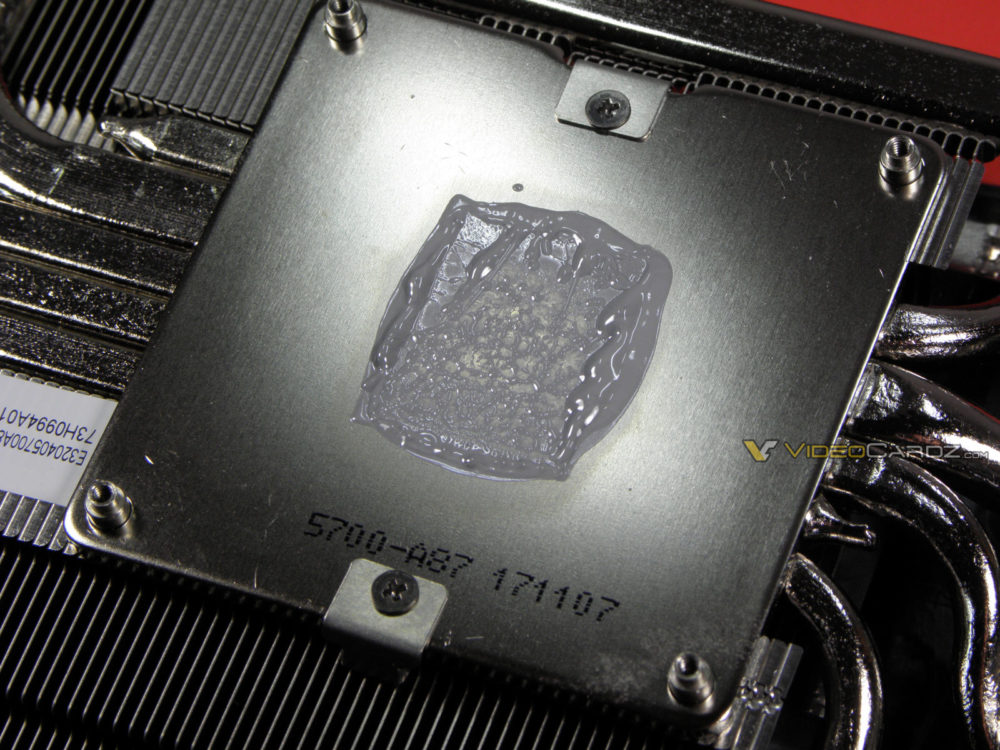 Unlike GTX 1080 GAMING X, the baseplate of 1080 TI GAMING X ends right before power section. The predecessor had an additional plate for VRM section. The GTX 1080 Ti goes a bit further but connecting VRM section directly to the heatsink with thermal pads. 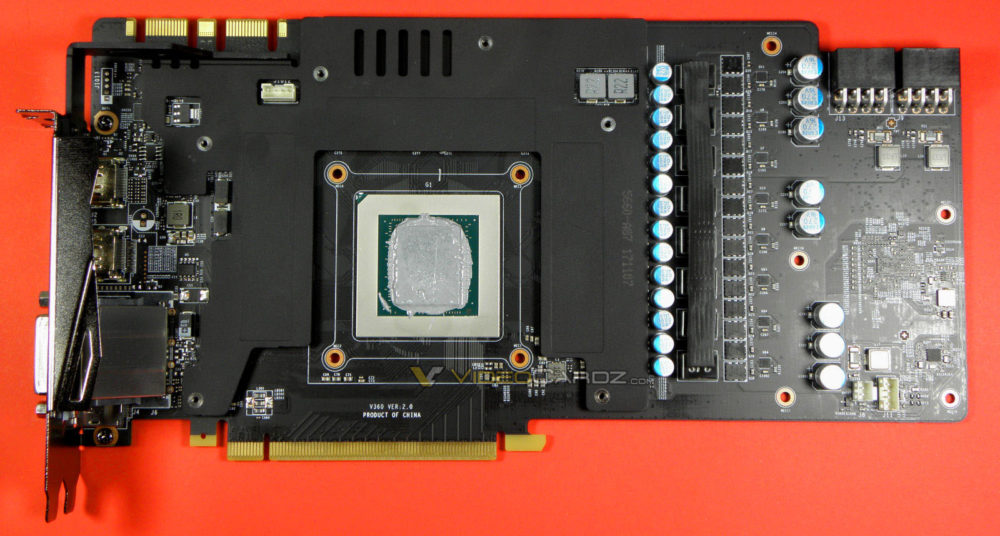 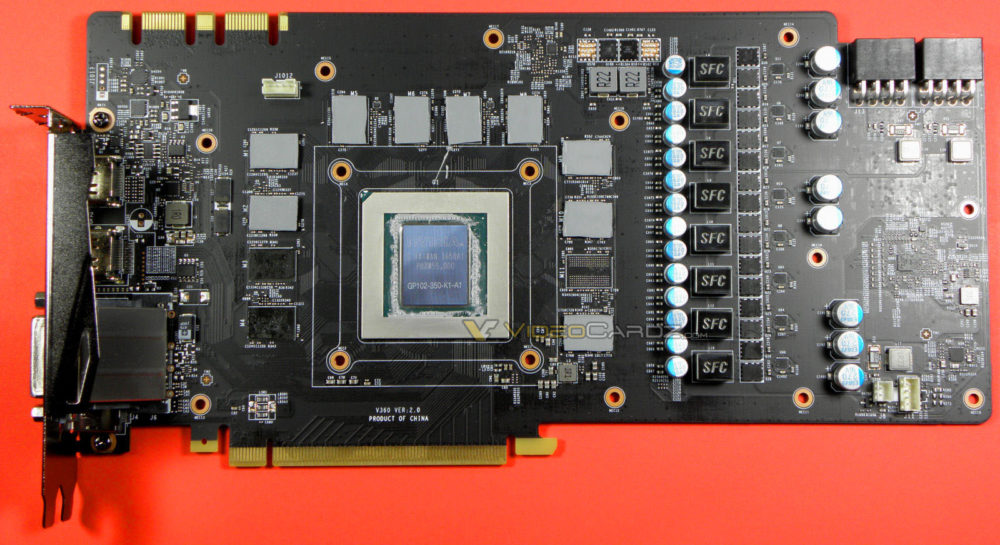 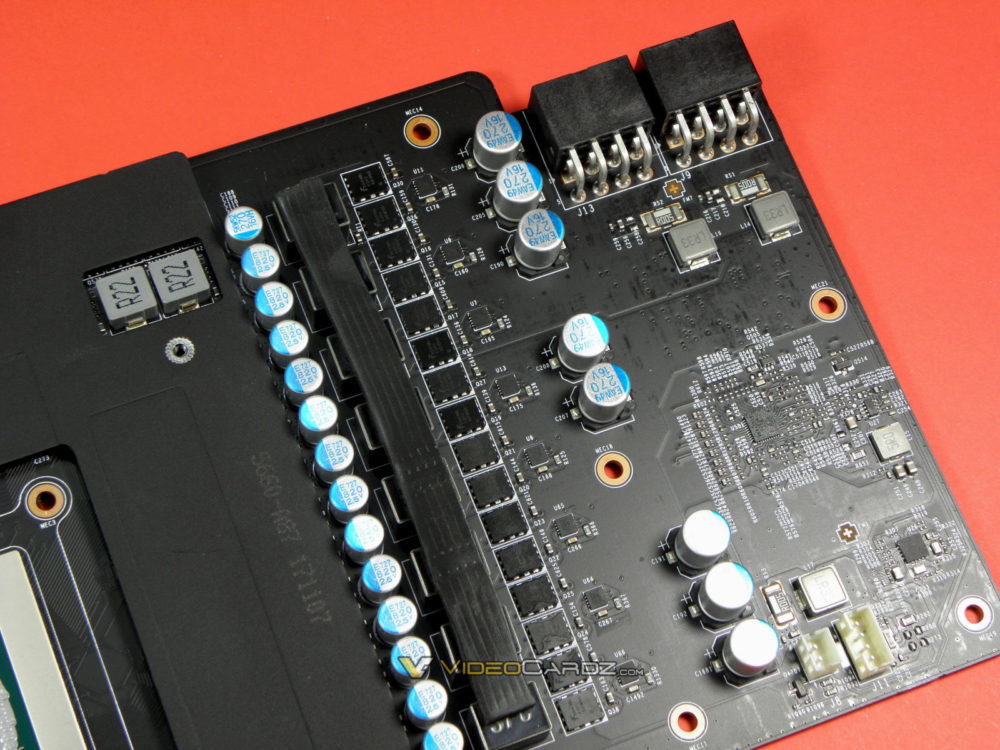 There are in total 16 voltage converters. 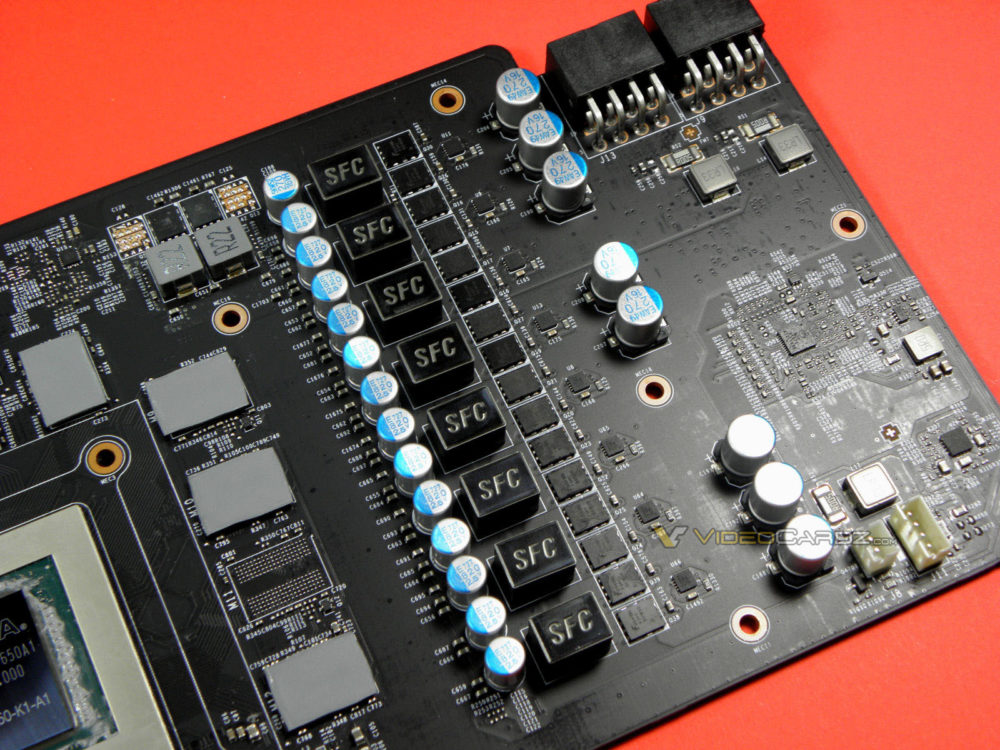 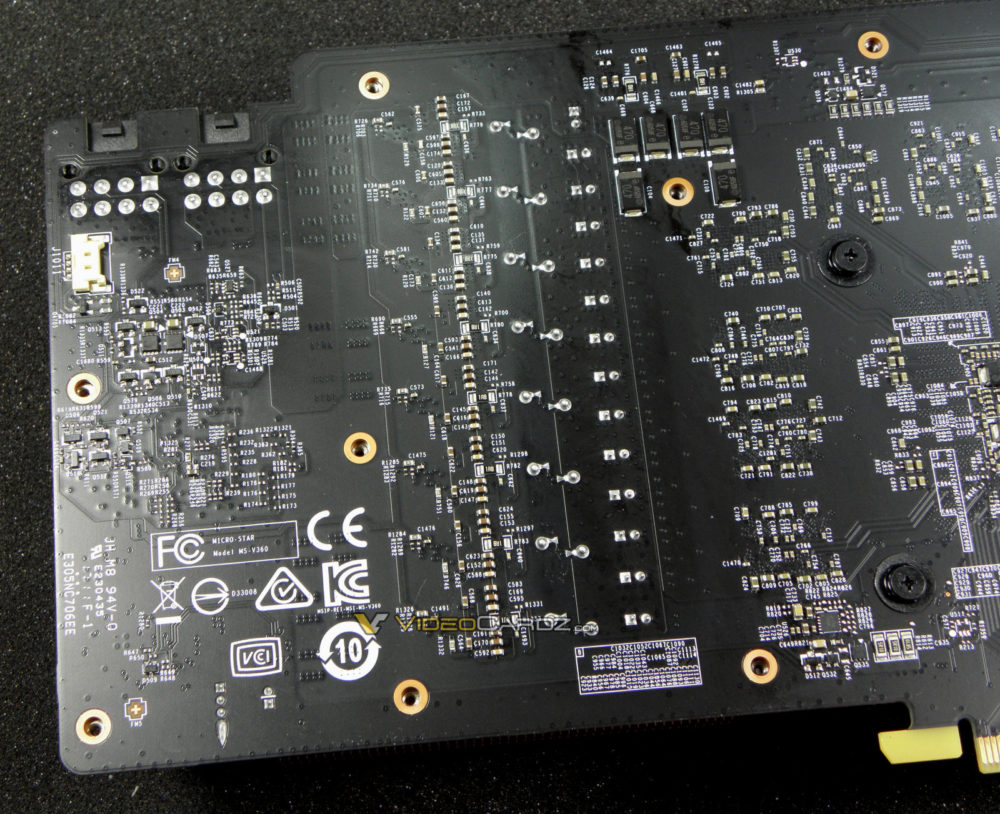 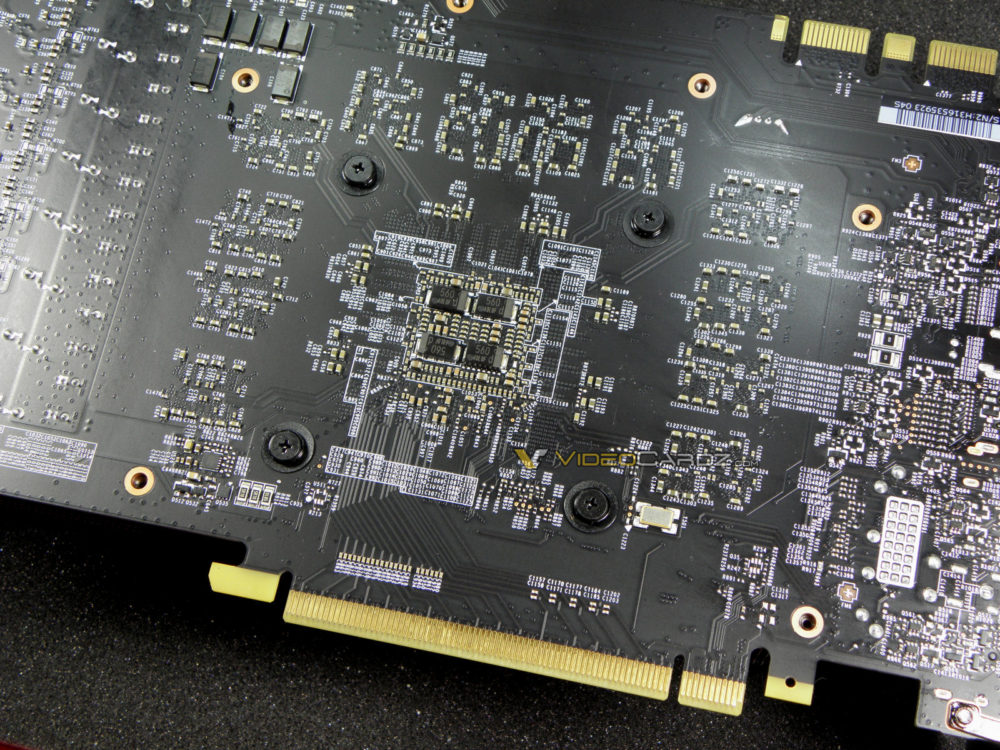 The cooler is attached to the shroud by four screws hidden under the fans. 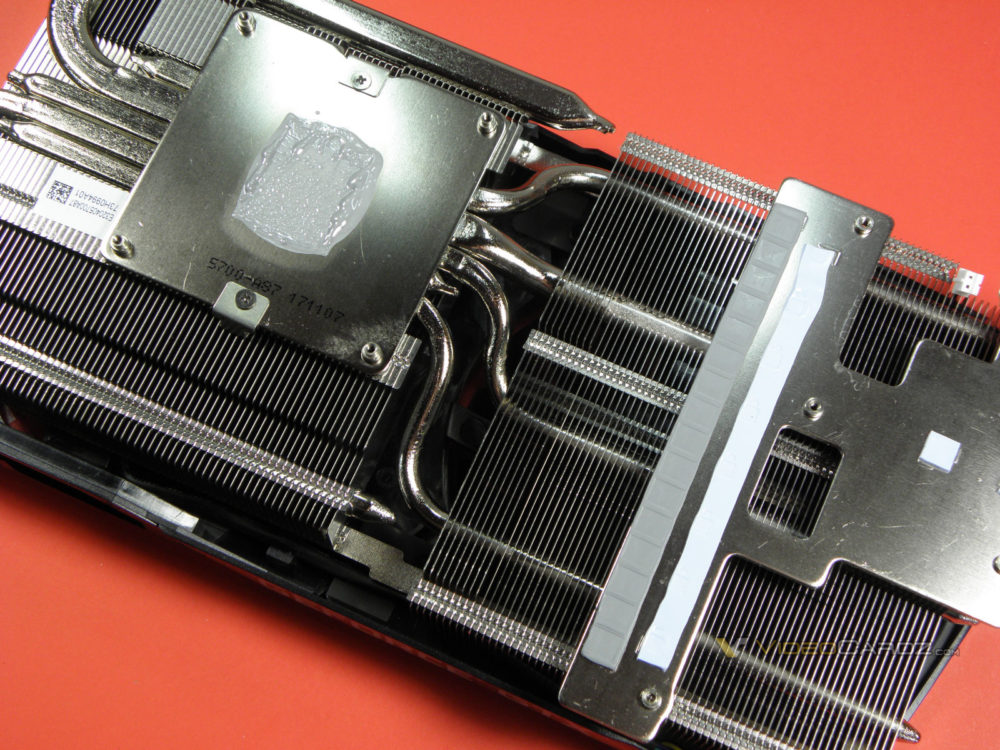 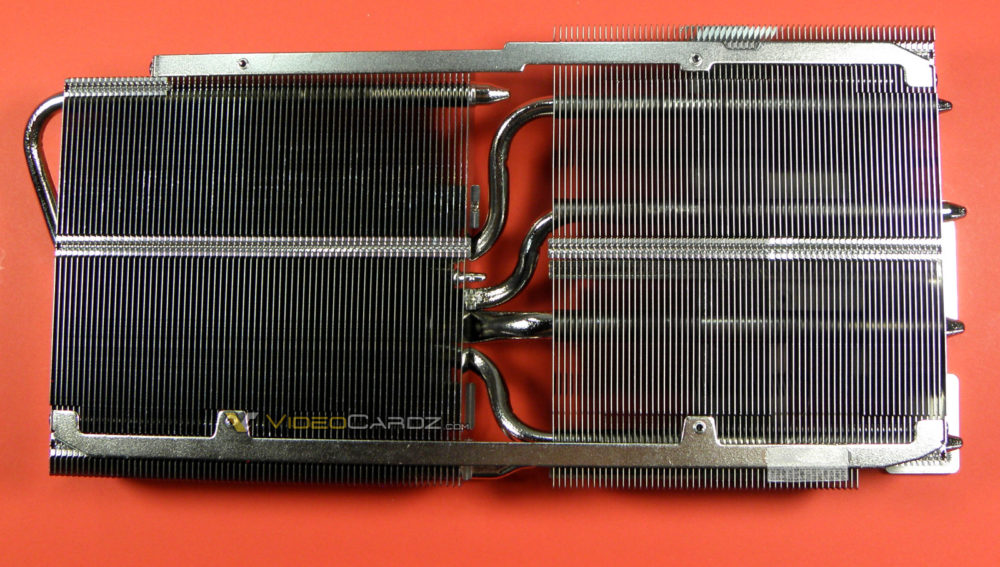 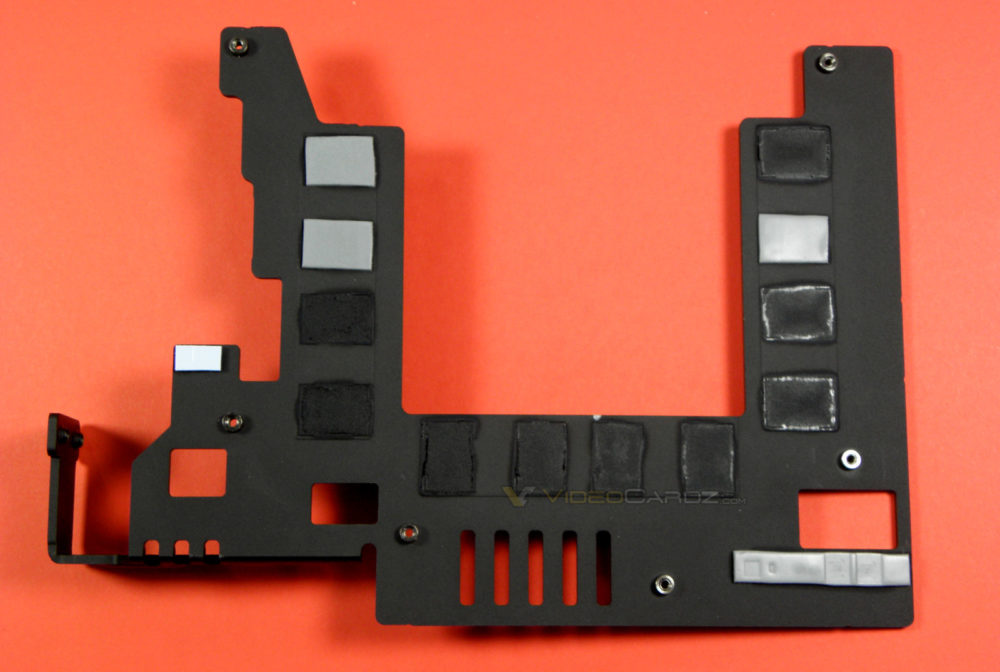 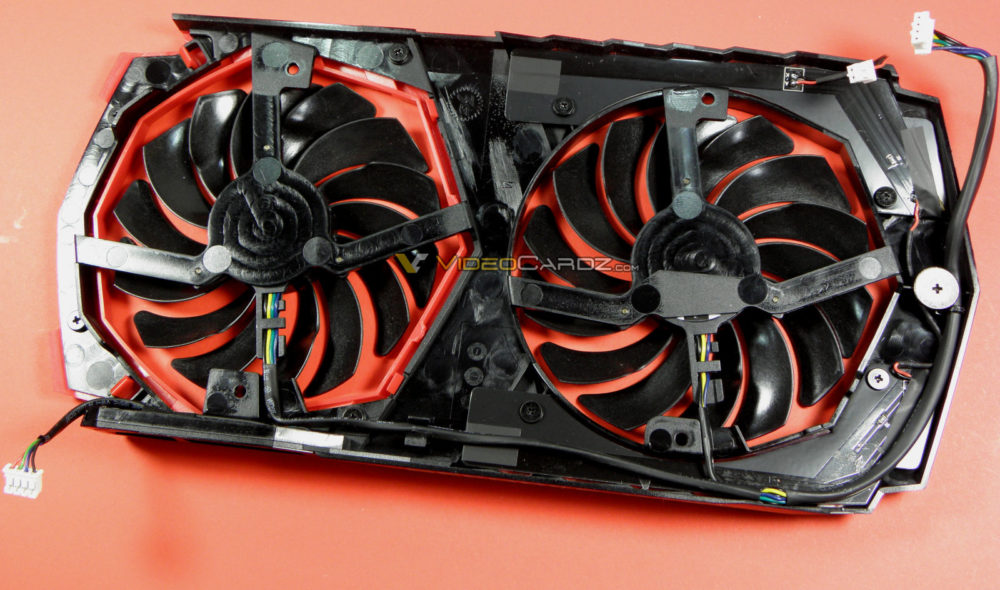 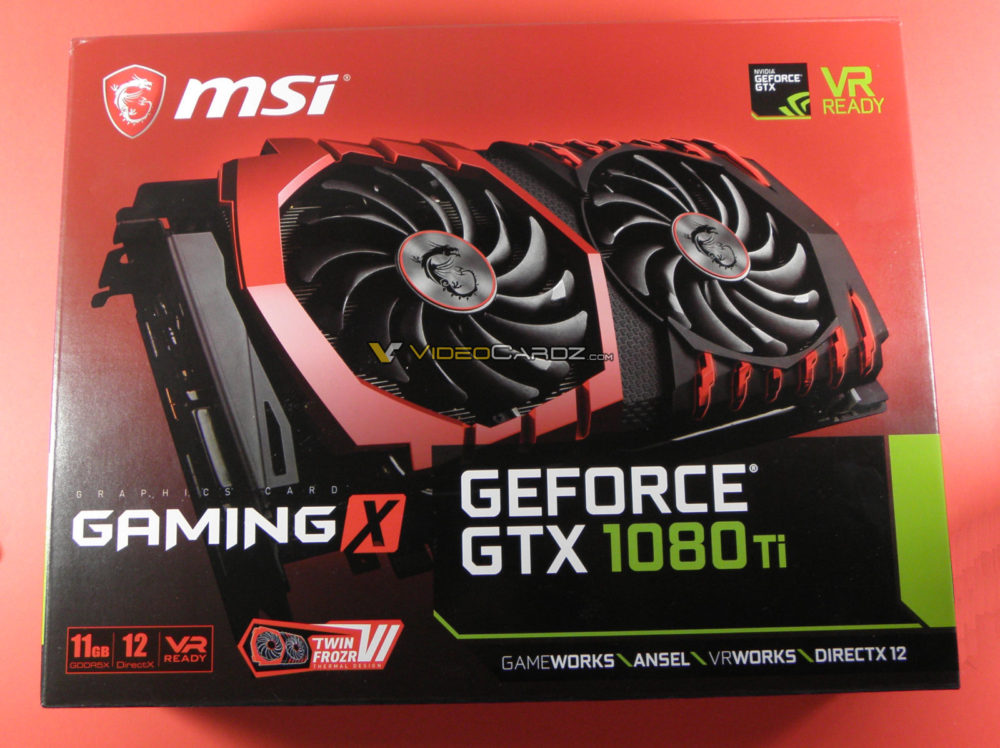