Is GeForce GTX 1080 Ti currently the most powerful card? Should MSI GAMING X be your card of choice? Let’s find out. 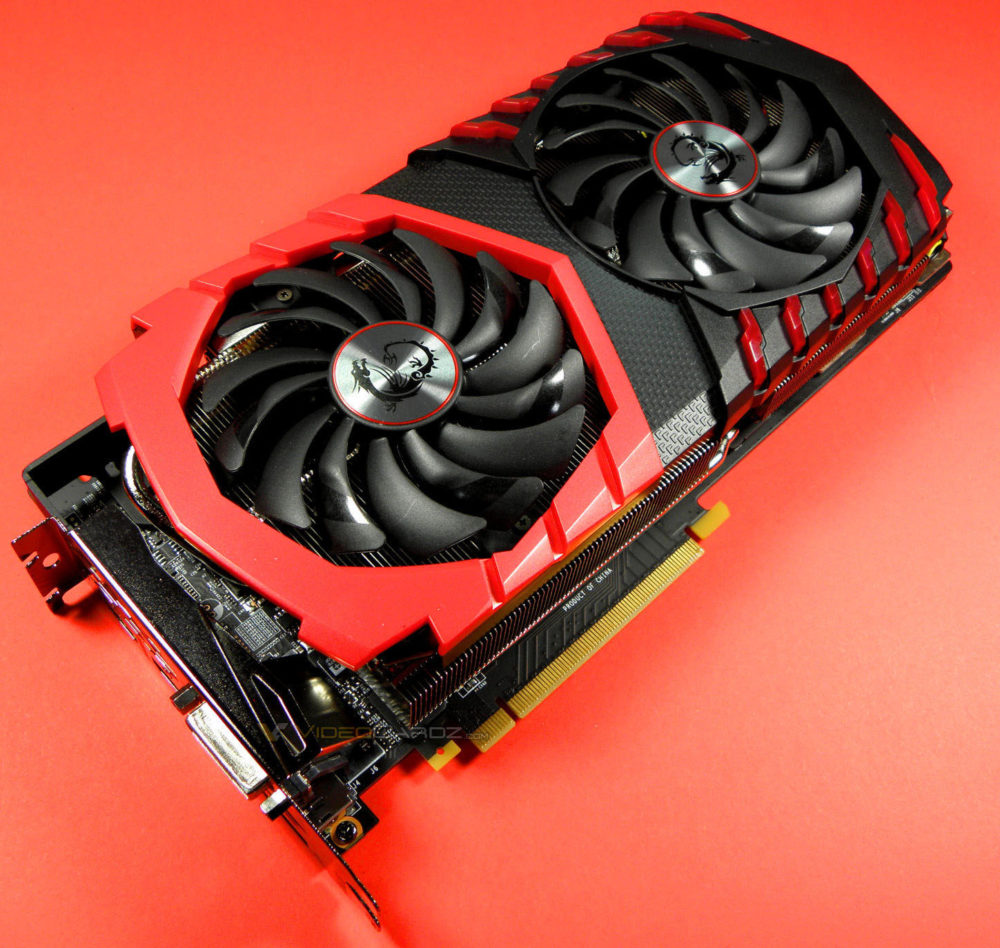 I’ve been waiting for this review for a long time. The “Big Chip” from the NVIDIA’s most power efficient architecture is finally available under GeForce brand. The launch of TITAN X eight months ago was a bizarre move from NVIDIA, but it gave early adopters exclusive access to the same processor we are reviewing today, but much much sooner. It’s no secret that both cards offer similar performance, as they share the same CUDA core count, which is the most important aspect when considering GPU performance. The only important difference between the two is memory configuration.

NVIDIA GeForce GTX 1080 Ti features 11GB of GDDR5X memory across 352-bit memory bus. The lack of 1GB VRAM and a narrower bus was only dictated by one reason: to differentiate GTX 1080 Ti from TITAN X. This unusual memory configuration also affected raster engine count (ROP), which dropped to 88 from 96.

MSI GAMING X is exactly what you expected in terms of design. It looks quite the same as other Twin Frozr VI-based models, except it’s thicker and occupies two and half slots on a motherboard. We already had a taste of such a bulky Twin Frozr cooler when MSI introduced Radeon R9 390 GAMING series.

The MSI GAMING X has two types of blades on its TORX 2.0 fans. The dispersion plate is steeper curved, which in theory should accelerate the airflow right towards the heat sink. 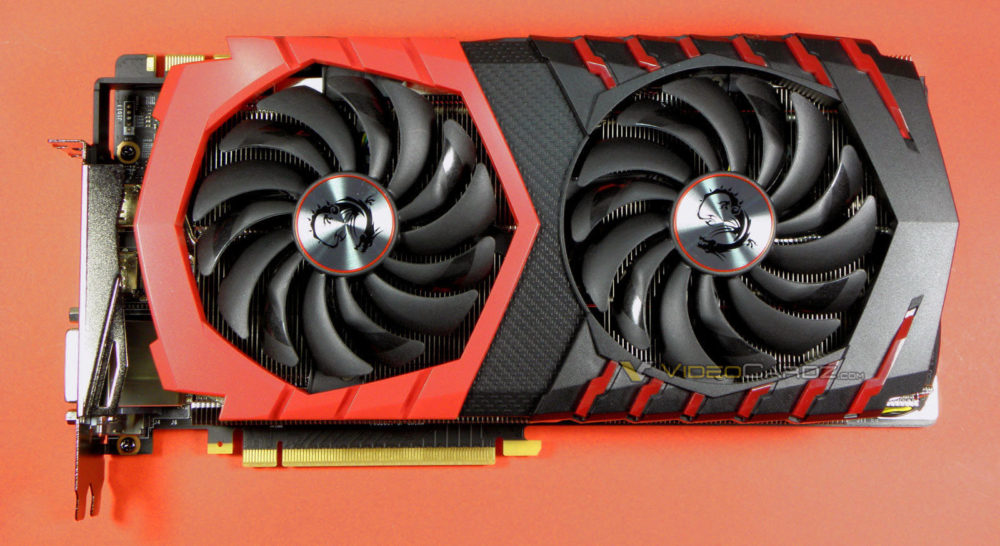 The backplate has no other purpose than to reinforce the back of the card and serve as an aesthetic element. 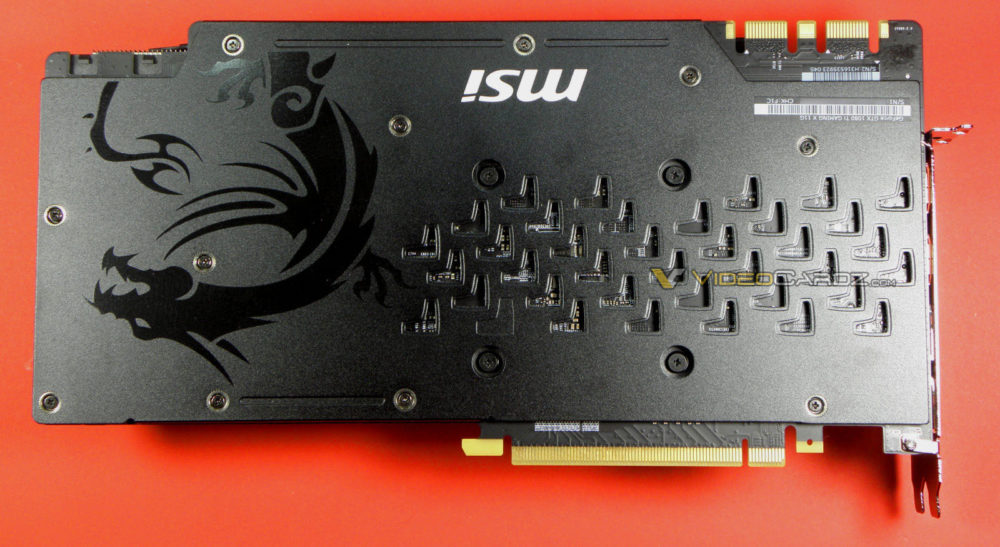 Near the SLI-fingers we can see how baseplate is attached to the card. It’s screwed to I/O bracket and a backplate. This part is essential for GAMING X cooling efficiency, as it’s directly attached to memory modules with thermal pads.

MSI GTX 1080 TI GAMING X has two 8-pin power connectors. Note that they are upside down, which means you can’t use gadgets like EVGA Powerlink. 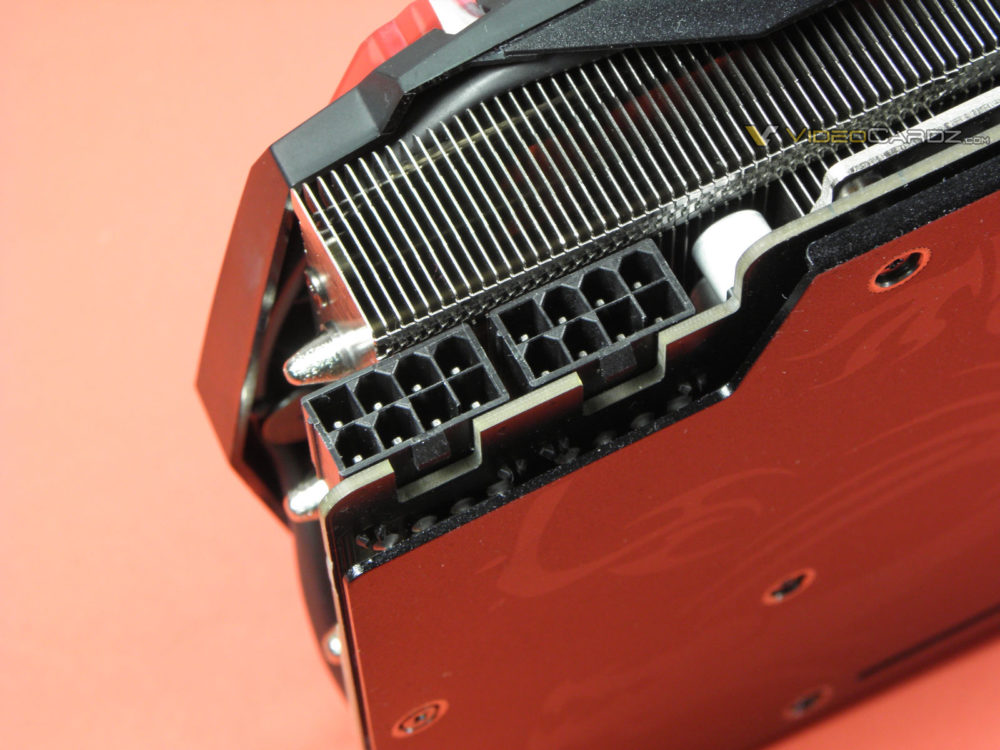 This is where the most of the heat escapes from the cooler. 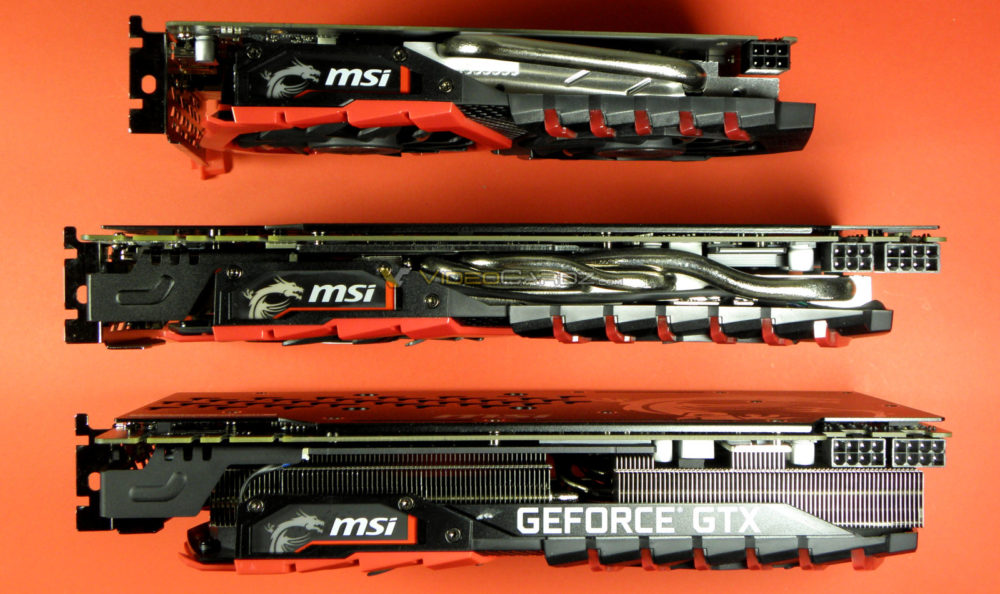 MSI GTX 1080 TI GAMING X has two LED illuminated elements: the ‘fin’s on the shroud can only light in red, but the MSI logo on the side has full RGB support. GeForce GTX logo is not LED illuminated. 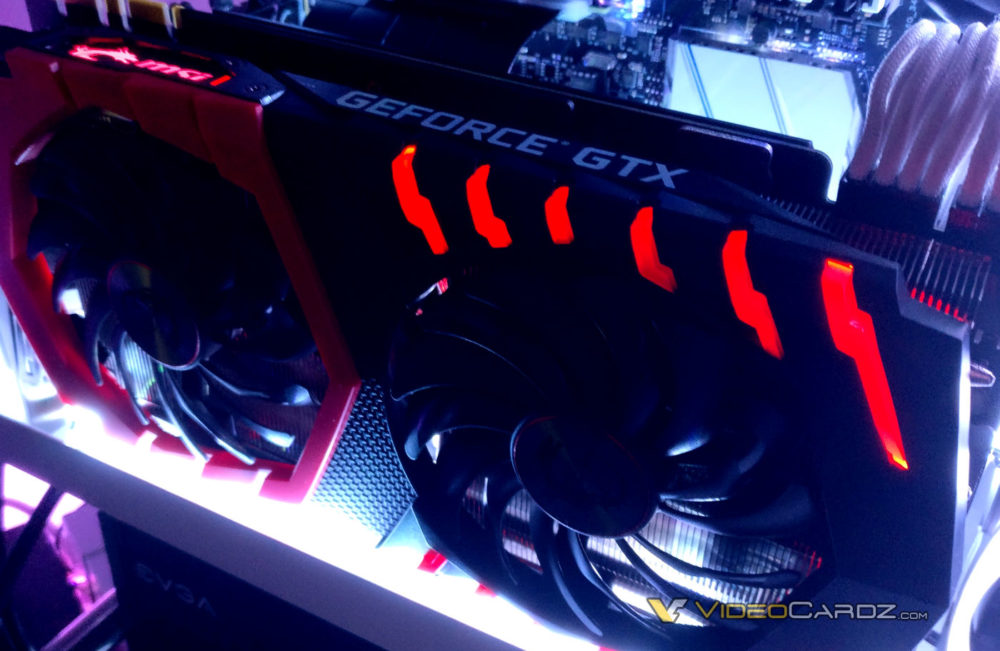 The GTX 1080 TI features Pascal GP102-350 graphics processor. This variant does not have all CUDA cores enabled. 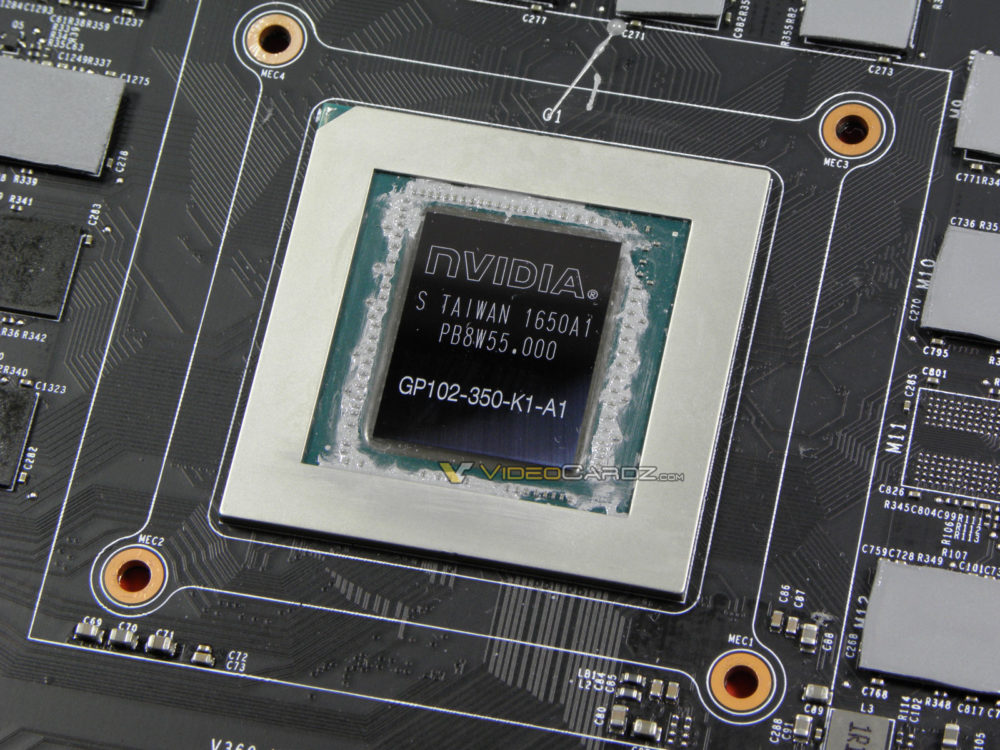 GPU Boost 3.0 allows much higher frequencies to be achieved than listed above. It’s hard to pinpoint what frequency should you expect in a real-world scenario (like games), but NVIDIA Inspector has something that should at least give you an indication of what to expect: 1924 MHz, which to be honest is quite accurate for Gaming Mode: 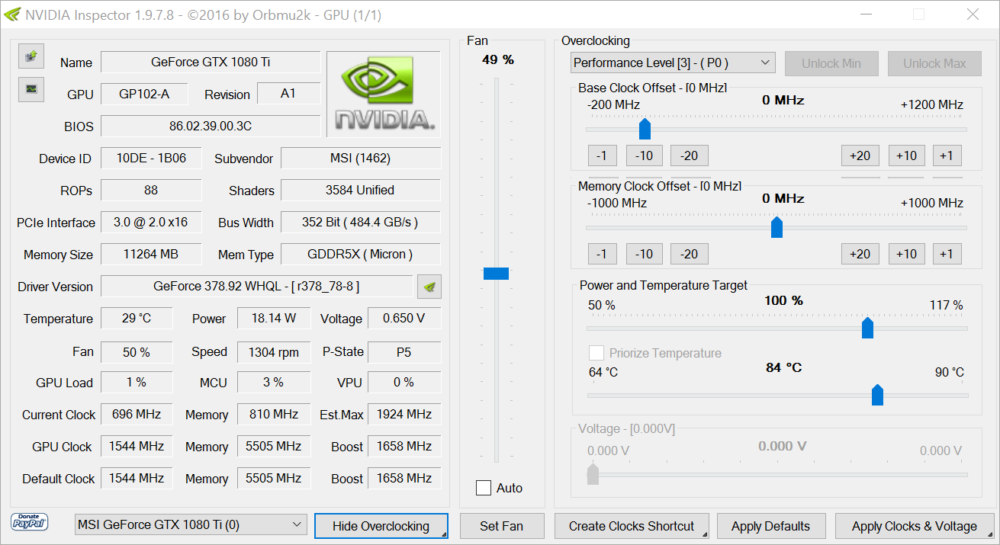 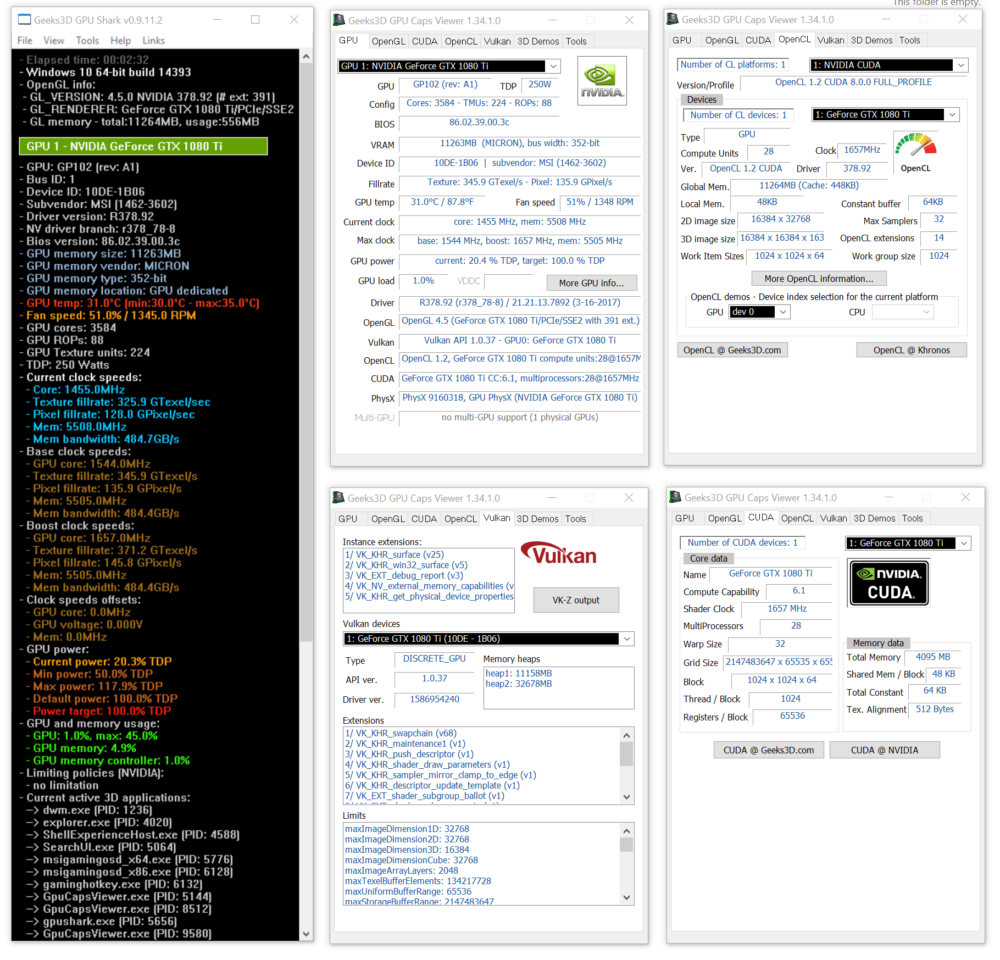 The companion tool called GAMING APP is here to give you control over your card. Here you can choose the light animation, colors (for MSI logo), on-screen display support, eye-rest function and my personal favorite: Zero Frozr function. What’s Zero Frozr? This feature will turn the fans off when the card is not under heavy use, making it noiseless. But let me be clear, this feature is not for everyone. If you prefer better temperatures I suggest you turn it off. I will provide a thermal comparison with this function enabled and disabled to give you some idea how it affects the temperature of the card. 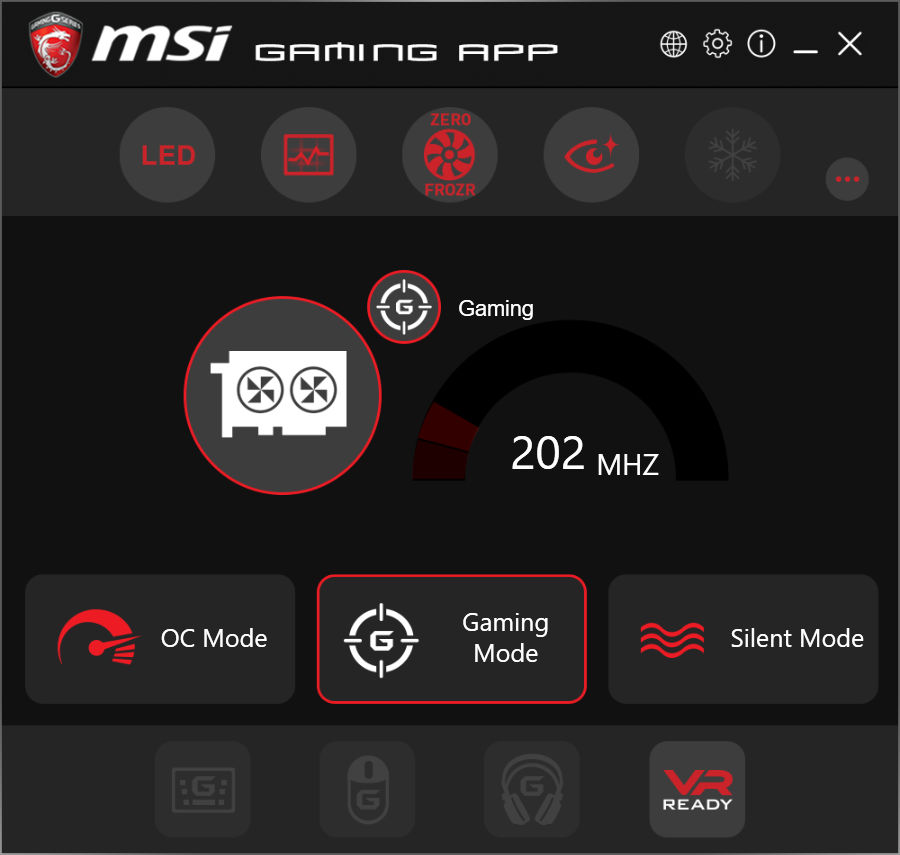 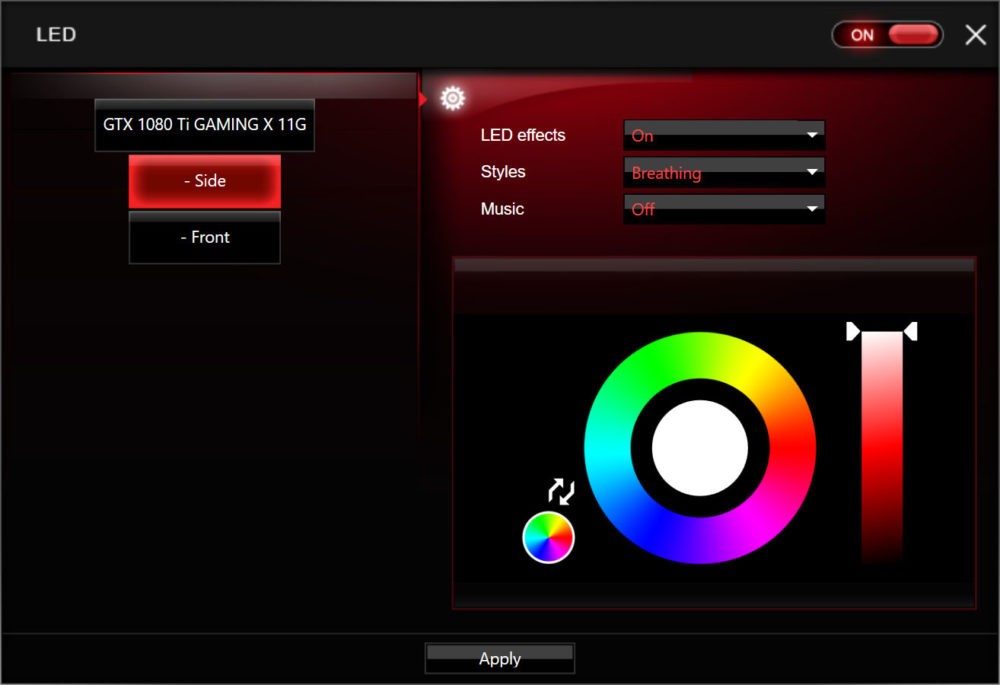 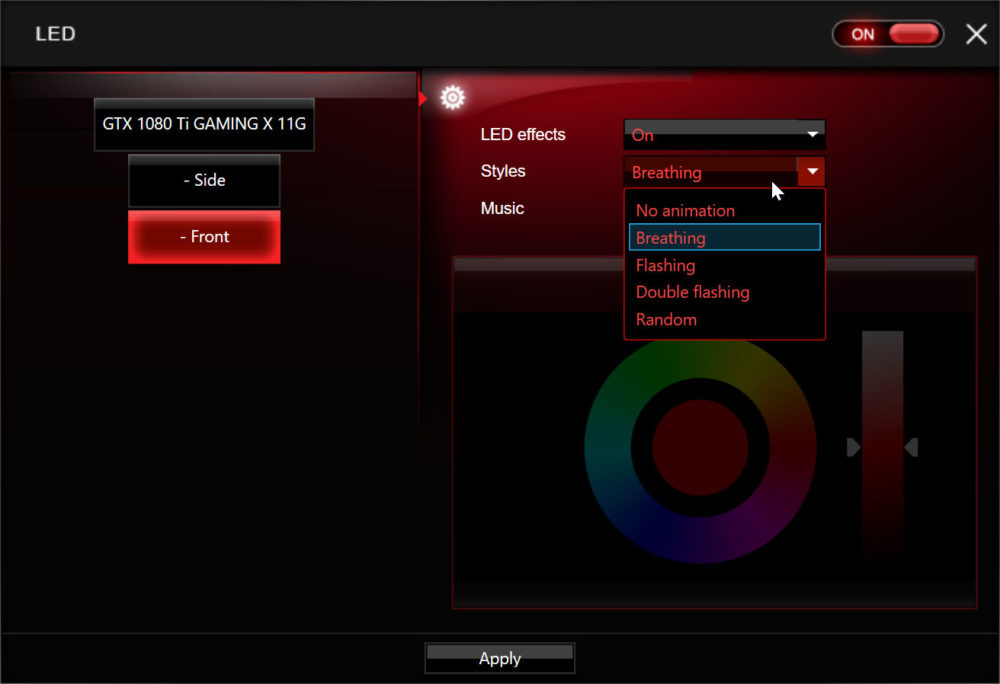 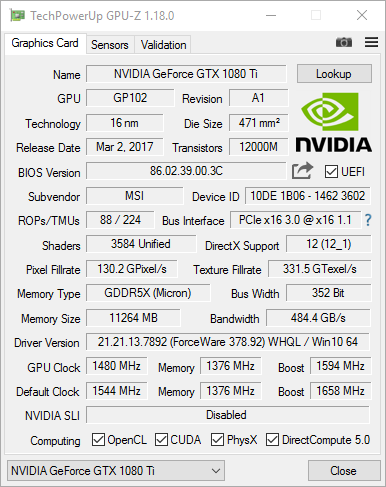 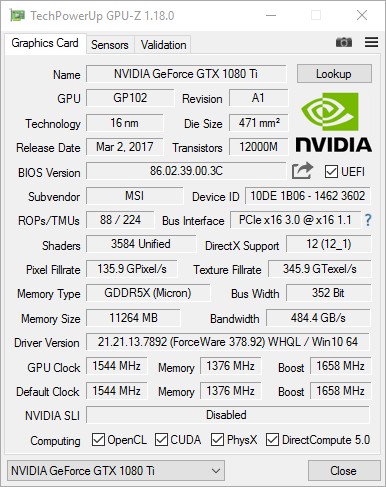 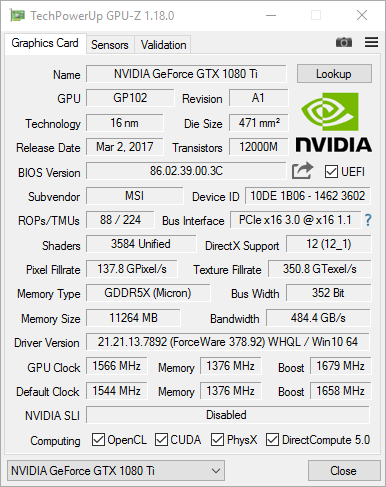