I decided to give you a short comparison between GAMING X and ARMOR OC. The fans and PCB design are the same. The heat-sink is much thicker on GAMING with fin arrays pointing in a different direction. 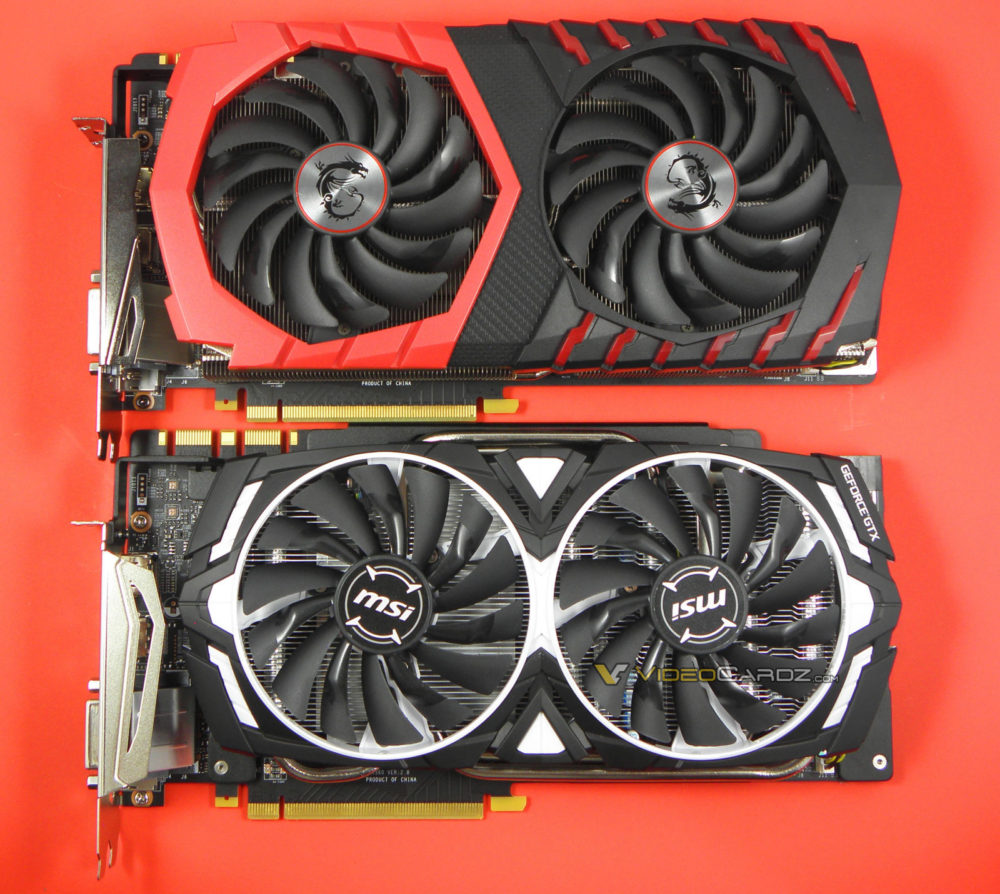 GAMING card does not only have a thicker heat sink, but also it features a backplate. The absence of he backplate on ARMOR is probably the most important change for this model compared to more expensive solutions.

Another difference is hidden under the cooler. The heat sink on GAMING X has direct contact with VRM section through a thermal pad, whereas the plate on ARMOR covers the whole area, acting as heat spreader fo a VRM. Four out of then memory modules are not directly cooled by the plate on ARMOR, they are, however, cooled by heat pipes through a thermal pad. 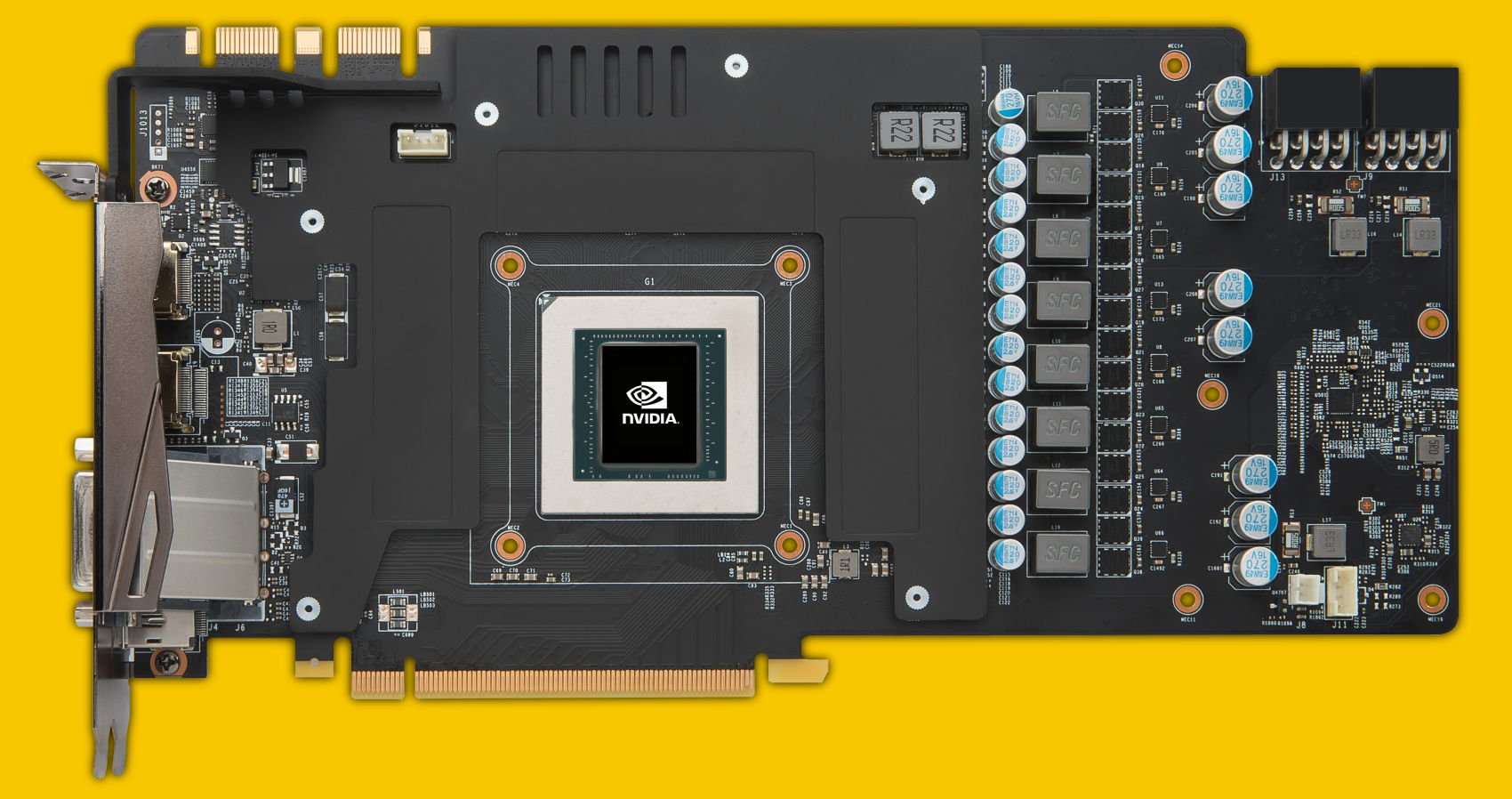 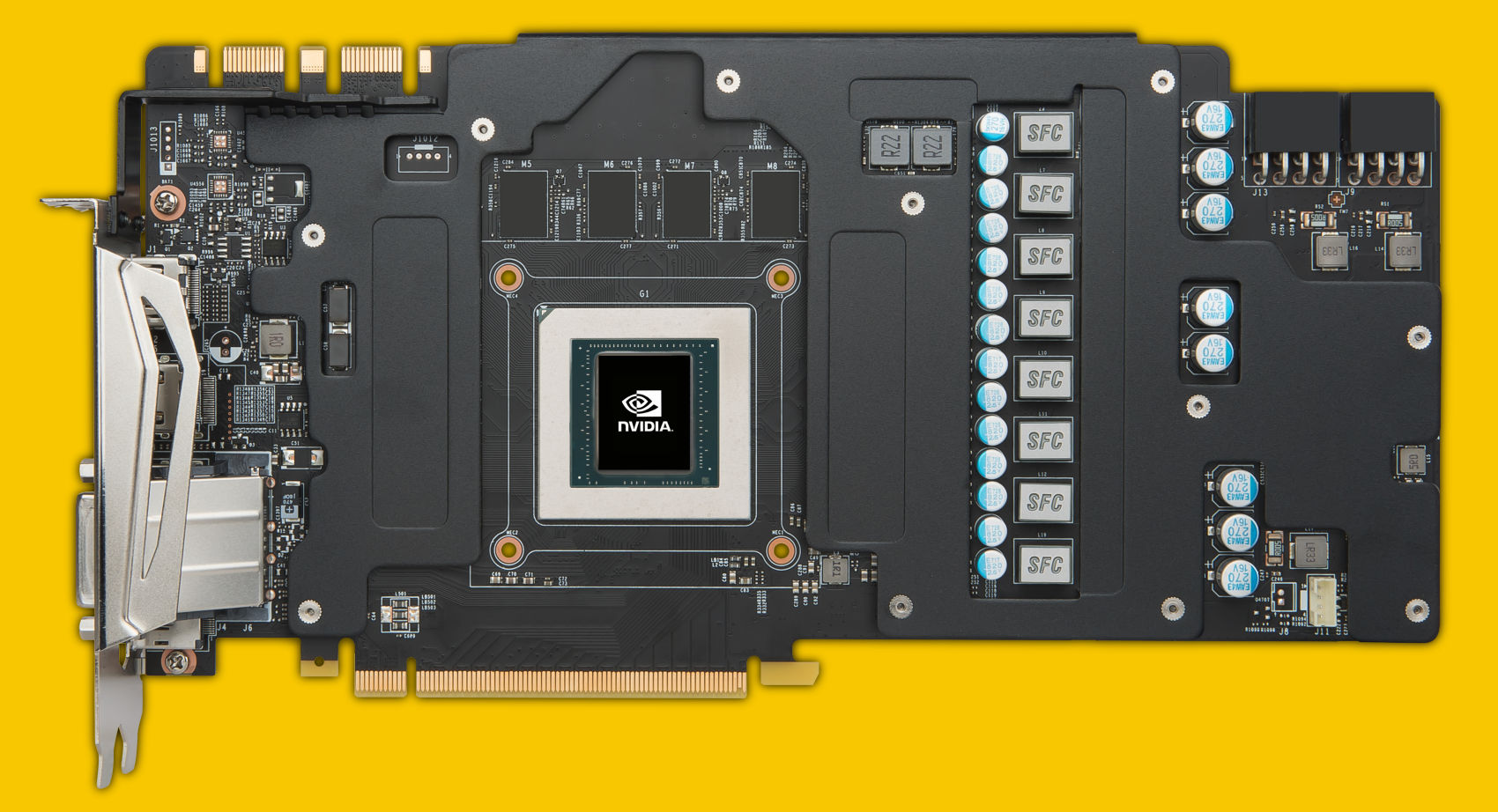 The MSI ARMOR GTX 1080 Ti has Micron D9VRL memory modules, the same as on GAMING X. The D9VRL part stands for 11 Gbps chips. 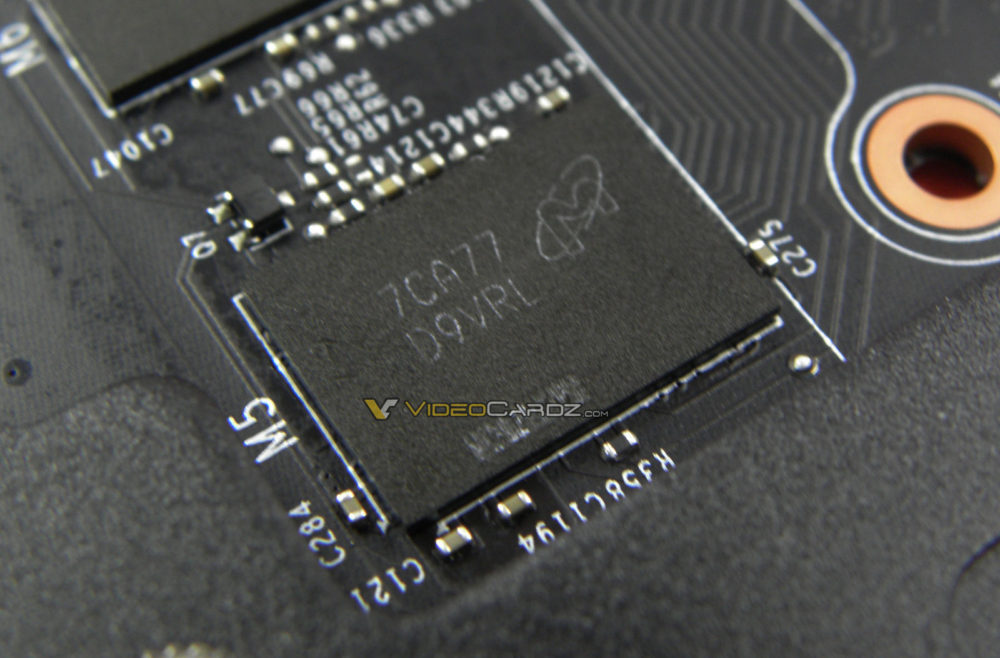 The compound on ARMOR more solid than GAMING’s. The quality of the paste is very important for this card. I’ve tested it with a premium compound and a very cheap one. It’s very easy to reach a thermal limit with the latter. For the best experience, I recommend a high-quality compound. 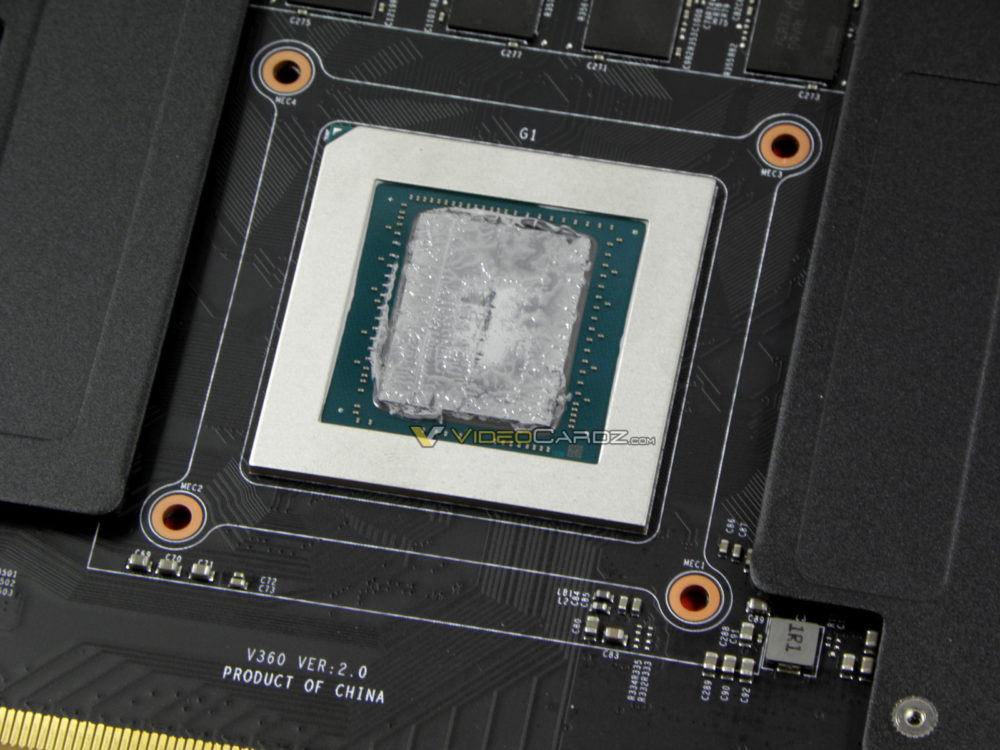 The only visible difference between GAMING X and ARMOR OC PCB is a lack of two pin headers (both for LED lighting). Apart from that both cards are essentially using the exact same board. 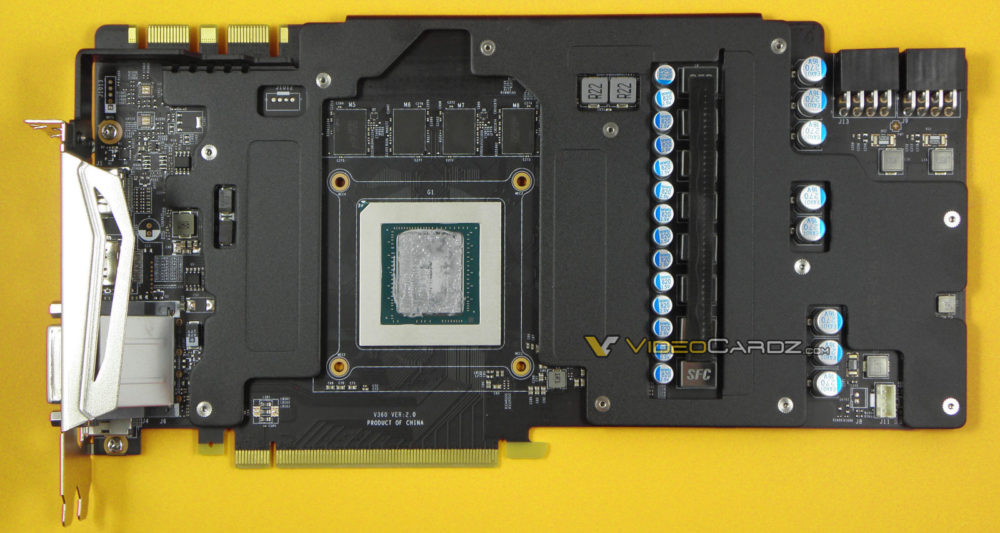 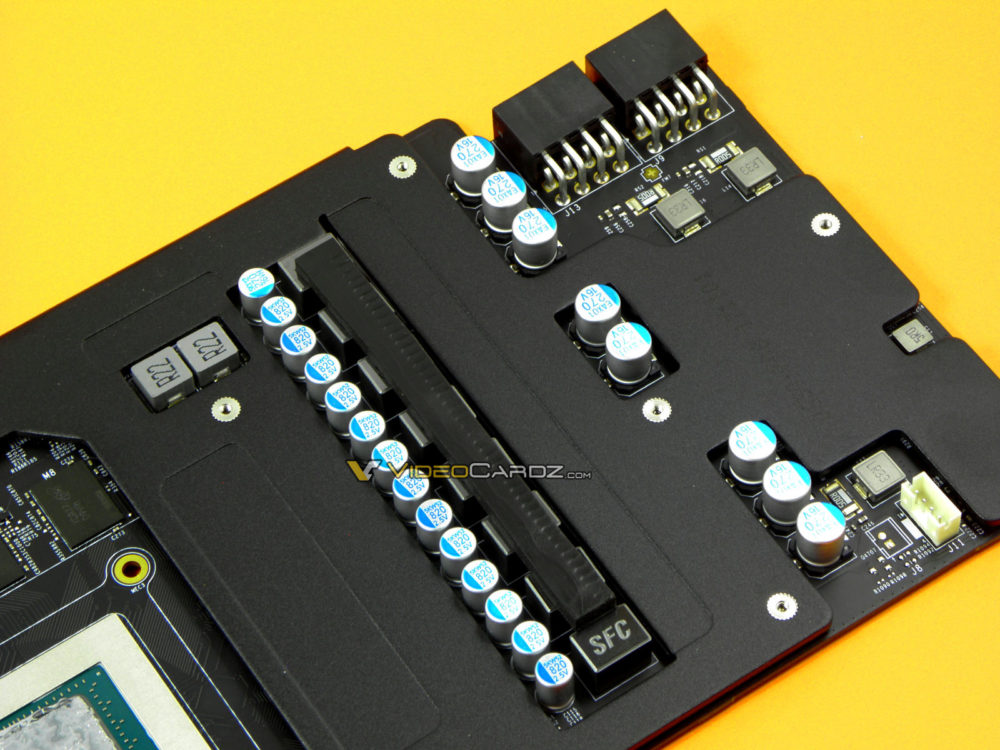 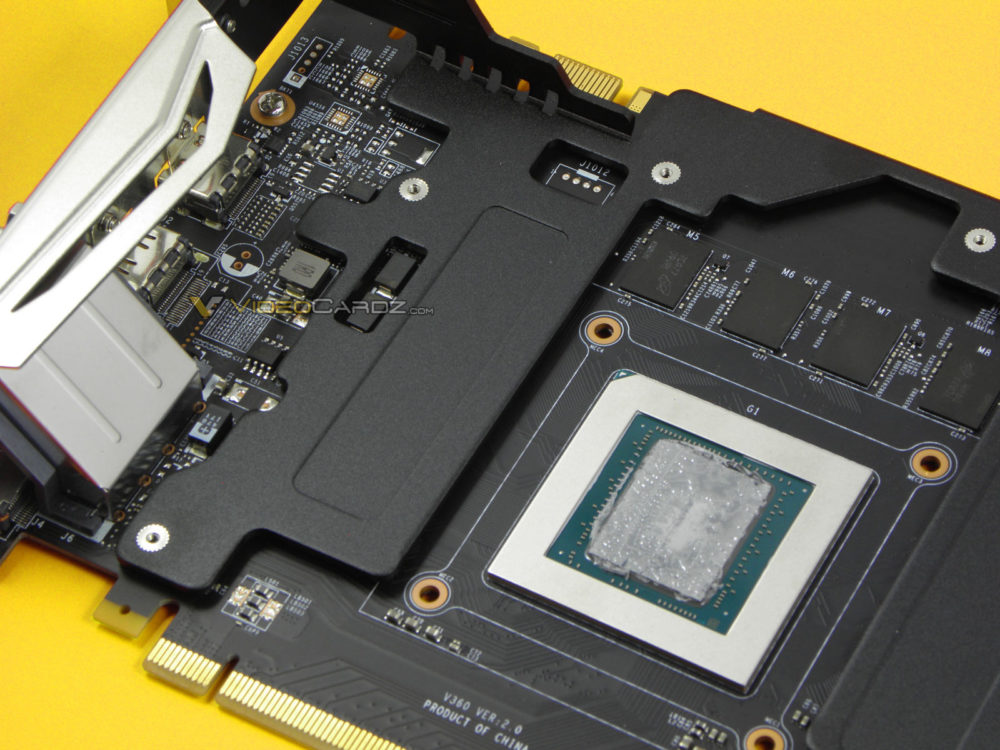 This is what most users will be looking at when the card is installed. I think backplate would make a big difference for overall aesthetics, however, it might have been removed to provide better airflow as backplates tend to gets really hot and they often act like radiators keeping heat trapped. Check our thermal test later in this review for actual temperature of this side of the card.

Let’s have a closer look at the fans. Just like Twin Frozr VI cooler we have TORX fans with two different blades (dispersion and traditional). Unlike most mid-range ARMOR cards those fans are using double ball bearings, a better solution compared to sleeve bearings, considering the life span of the fans. 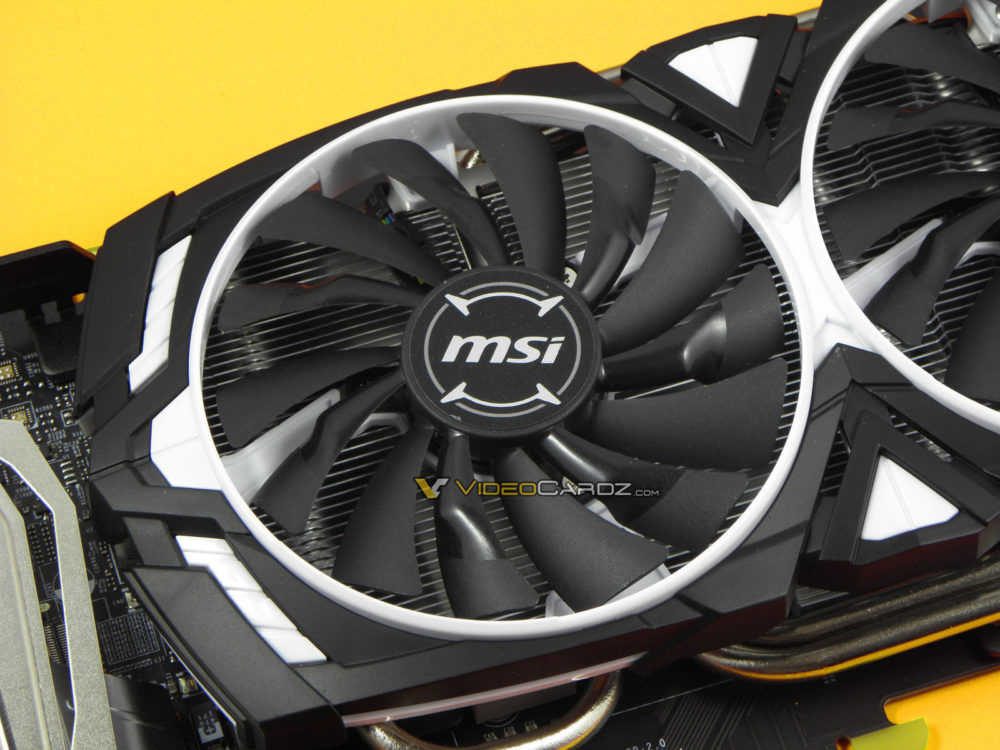 Compared to GAMING X we have two heat pipes fewer on ARMOR (6 vs 4). Heat pipes have direct contact with the GPU, there is no copper base plate for the GPU (which is present in TF VI cooler). 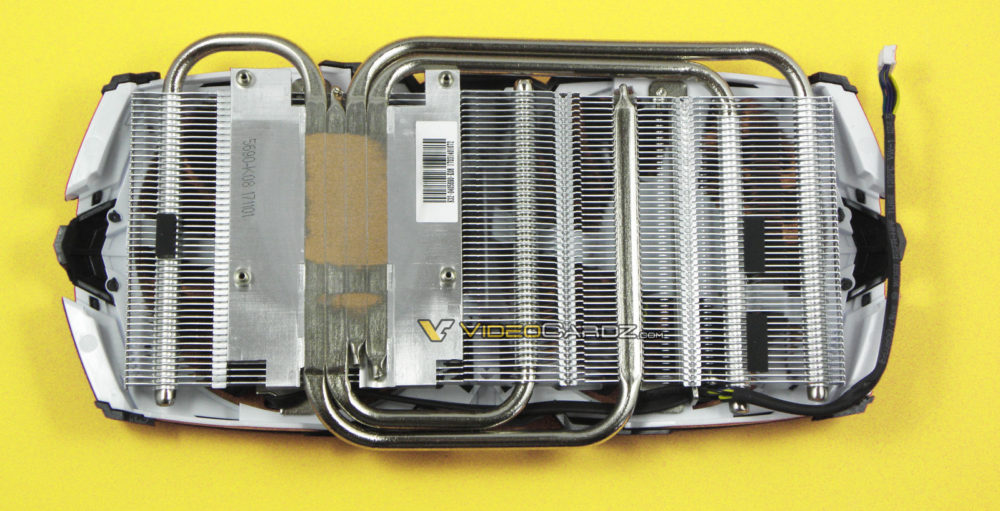 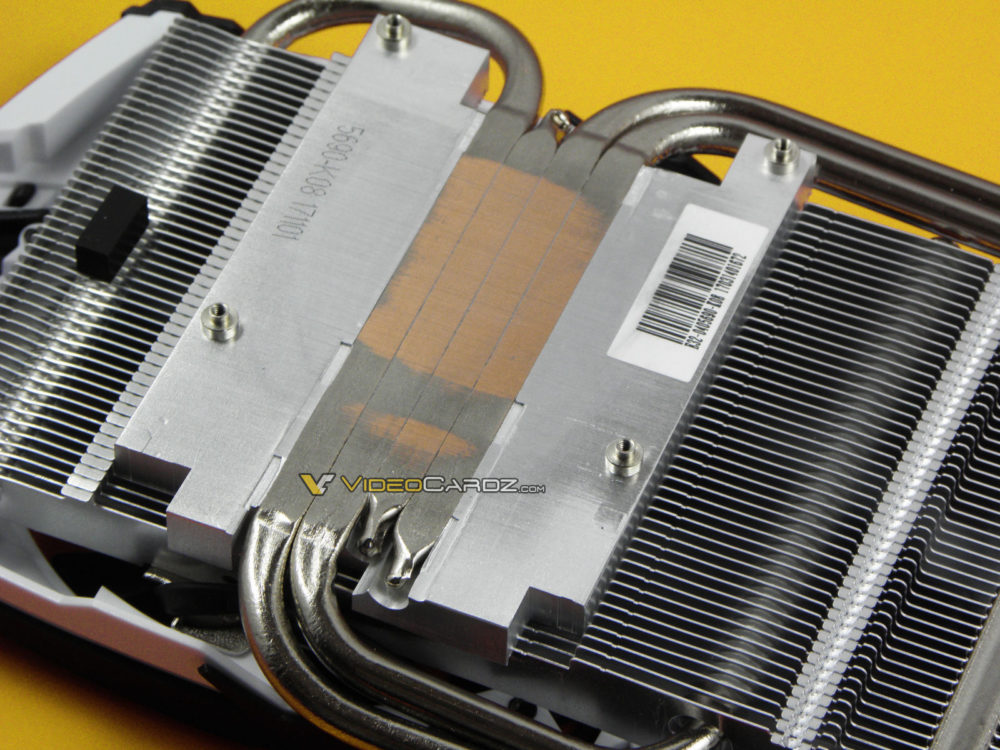 The card comes with a 6 to 8-pin power adapter, quick installation guide, Dragon Lucky comic guide, CD with the drivers and two stickers. 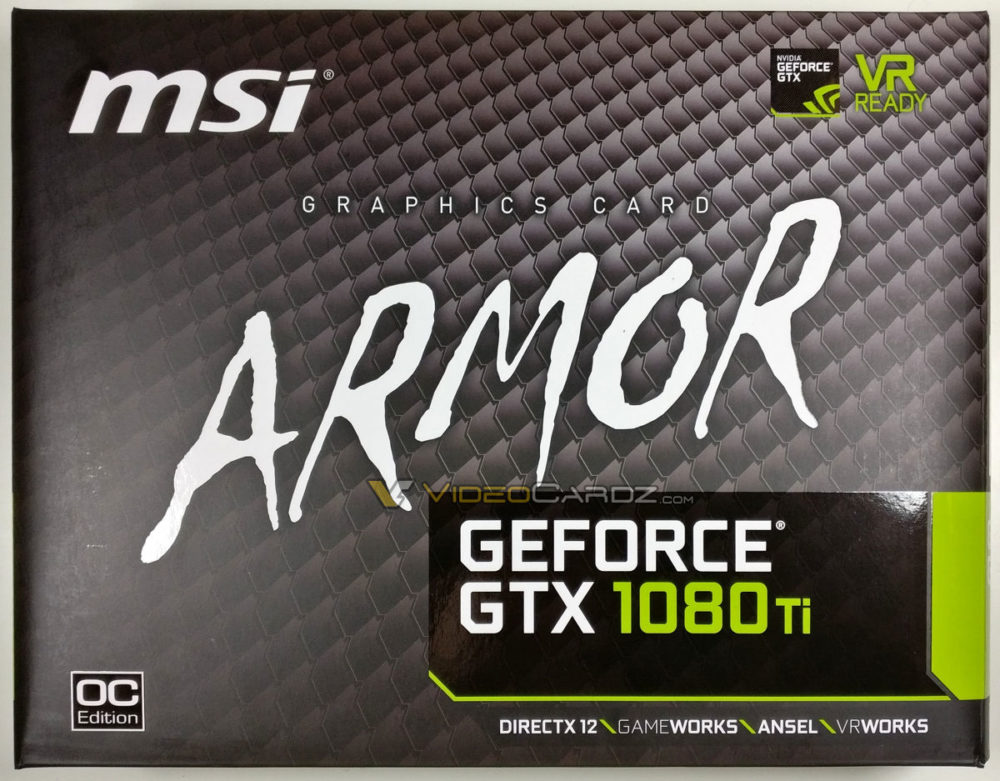 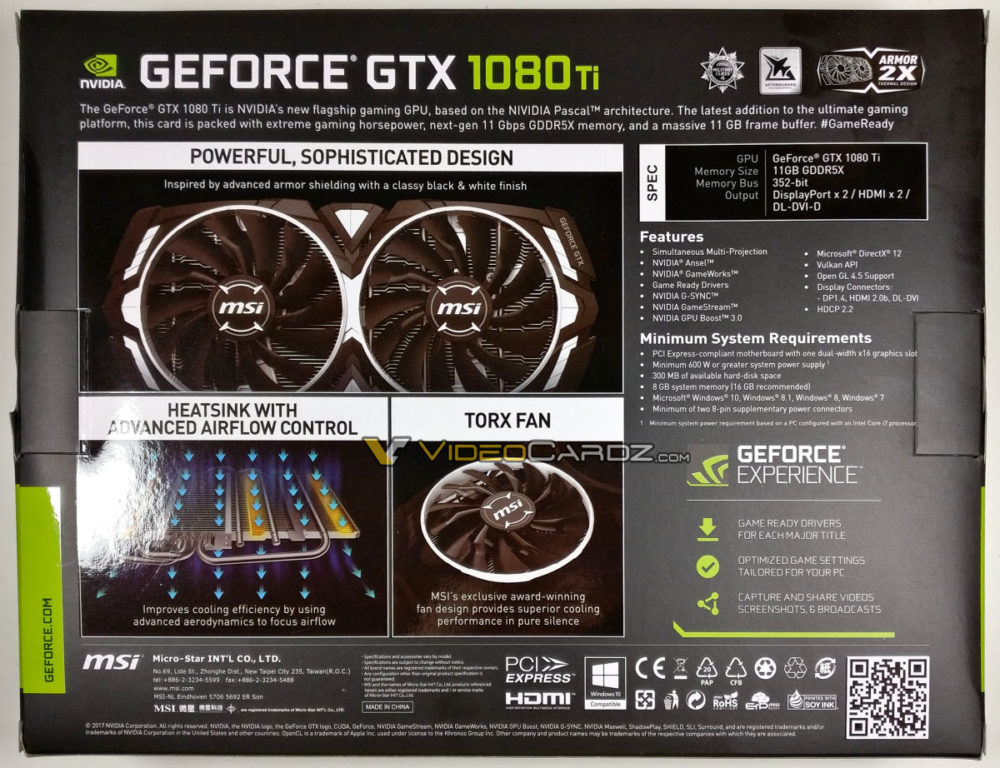 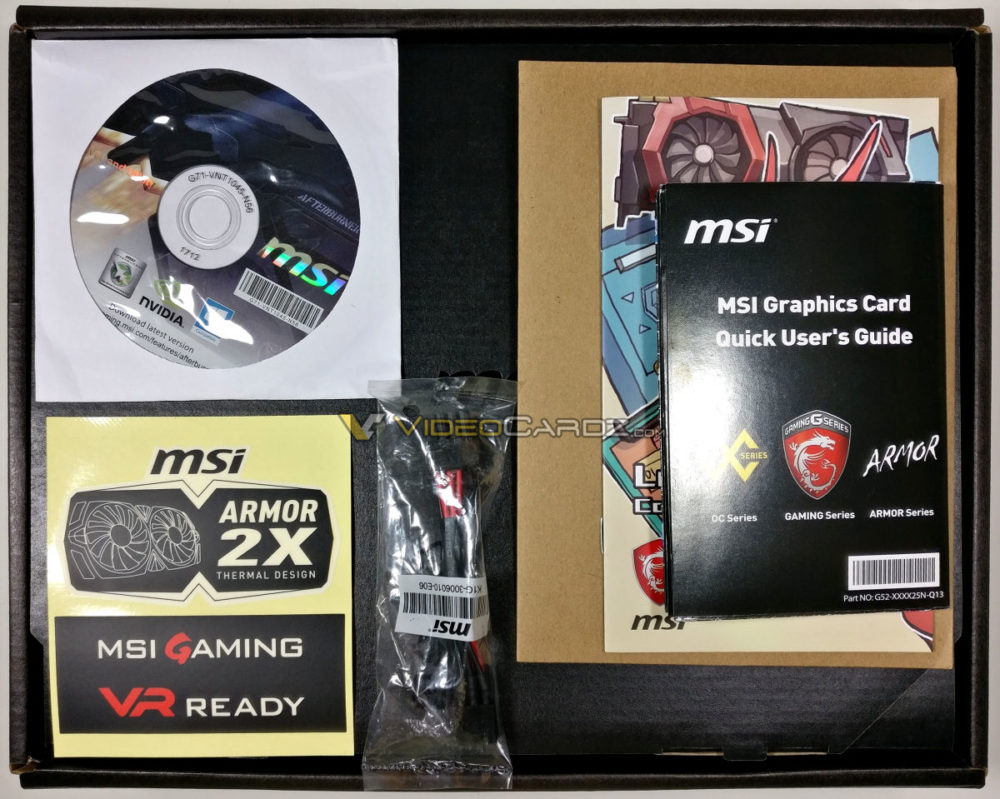