The MSI ARMOR is currently the cheapest dual-fan GTX 1080 Ti solution from MSI. In this review, we are going to focus on the differences between GAMING and ARMOR series.

Unlike GAMING series, ARMOR cards are thinner. These cards will easily fit into dual-slot configurations, an important aspect for SLI. The heat dissipating area of ARMOR 2X cooler is roughly 2 times smaller than Twin Frozr VI series. This has a direct effect on cooling efficiency, fan profiles, generated noise and of course, GPU temperature.

The ARMOR 2X thermal design features the exact same TORX fans as Twin Frozr VI cooler, however as proven later in this review those fans spin faster. To improve the lifespan and overall experience MSI decided to enable Zero Frozr technology on this model. It means that the fans will not spin unless it’s really necessary. 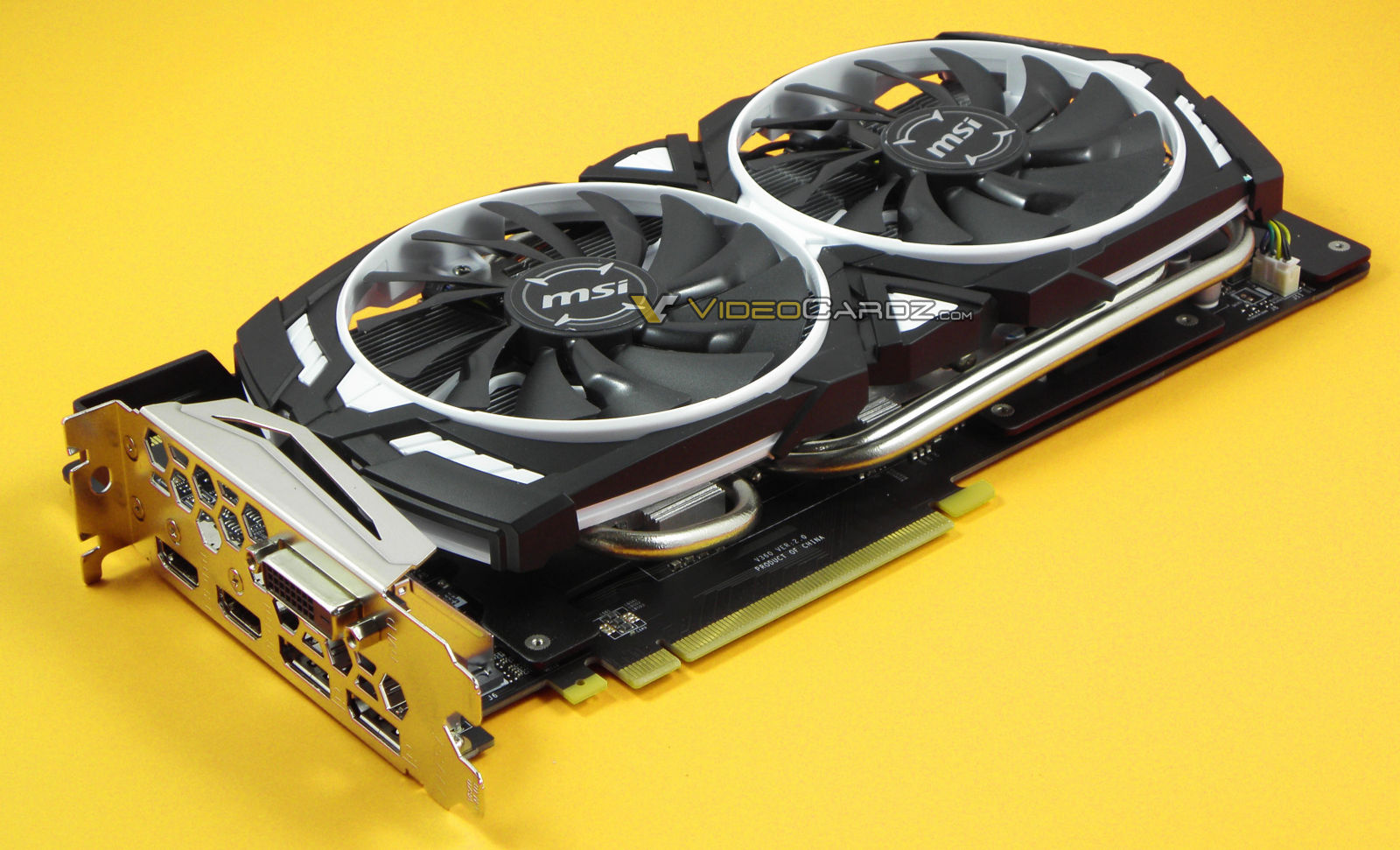 Probably the best part of ARMOR series is that they use the exact same board design as GAMING. This gave more space for much wider cooler and larger fans. 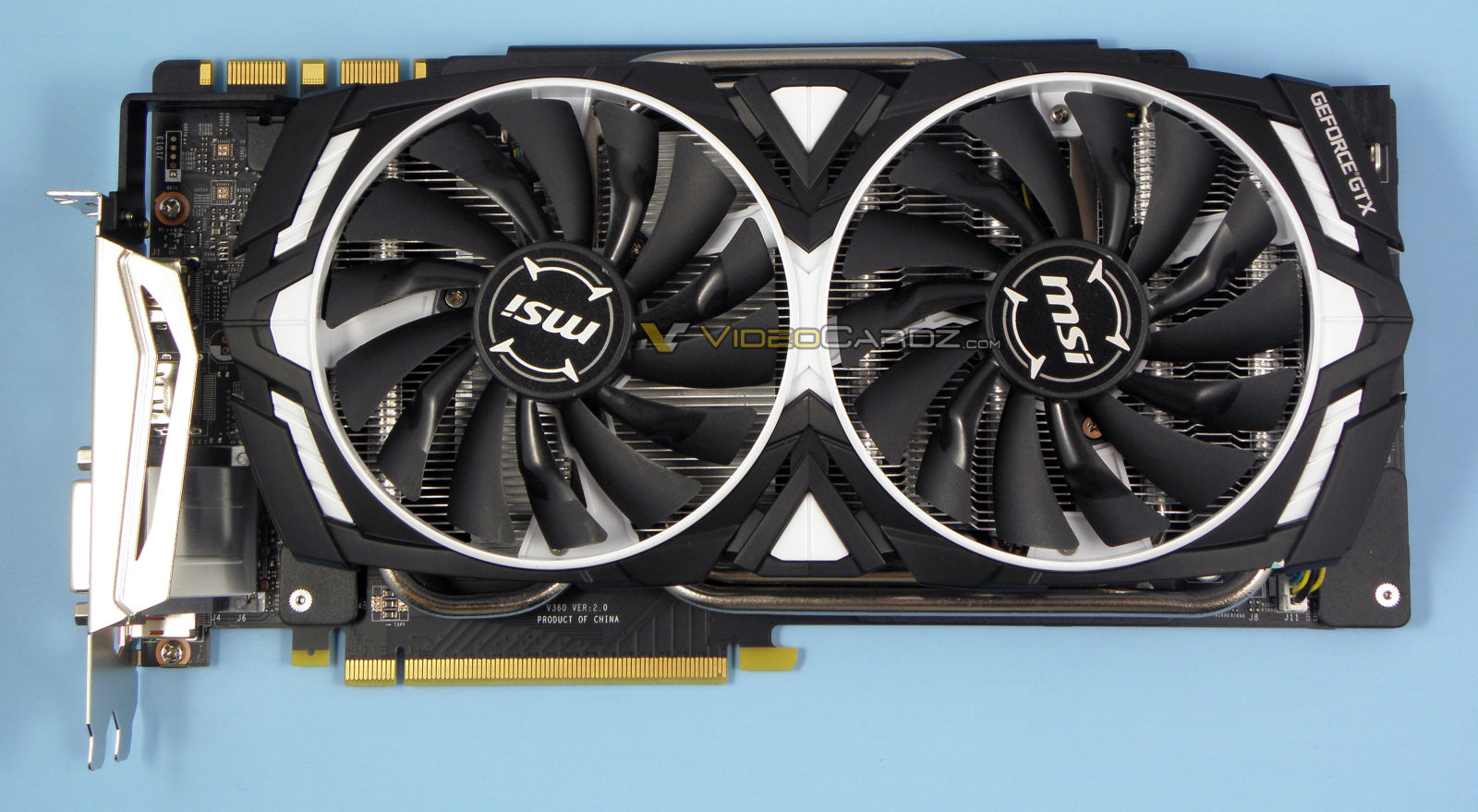 The ARMOR GTX 1080 Ti has GP102-350 graphics processor featuring 3584 CUDA Cores. The card is equipped with 11 GB of GDDR5X memory across a 352-bit interface, which in correlation with 11 Gbps modules gives a maximum theoretical bandwidth of 428 GB/s. 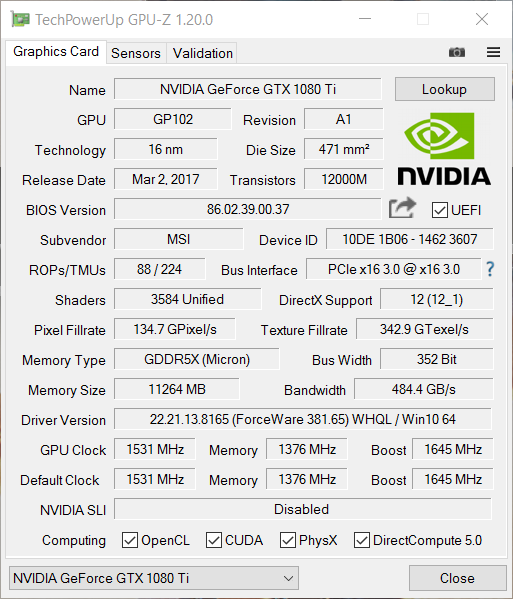