The cooler of the MSI GTX 1070 Sea Hawk X is absolutely amazing. The GPU temperature never exceeded 50C. When the system is idle, the temperature stays at 32C (with room temperature at 25C). Under heavy load (which in this scenario is either Fire Strike or Furmark), the temperature gradually rises to 48C.

Here’s the first chart from our stress test. We let GPU warm up for 10 minutes, and then let it cool down for 2. It takes more than 2 minutes to reach idle temperature.

For YouTube playback we are only observing just a small increase in power usage. Fire Strike shows higher variance than Furmark.

This chart may be hard to read at first, but believe me, it looks much better for cards without such a strict TDP limit, which in case of MSI GTX 1070 Sea Hawk X is just 105%. In some games like Hitman you can even expect a difference of 128 MHz in core clock. Such behavior would be acceptable from GTX 1080, but for 1070 it should be less severe. Let me remind you that this card has 150+75 Watts available, so the only reason behind this fluctuation is the power limit set in BIOS. 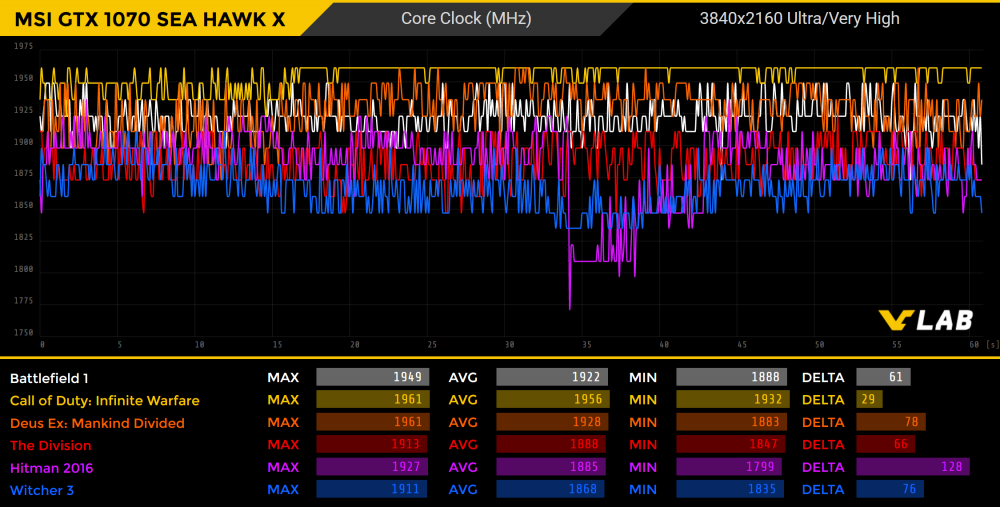 All games shown below were running at 4K ultra or very high settings. Only Deus Ex requires more than 6GB of VRAM. So at no point we reached the physical VRAM limit. 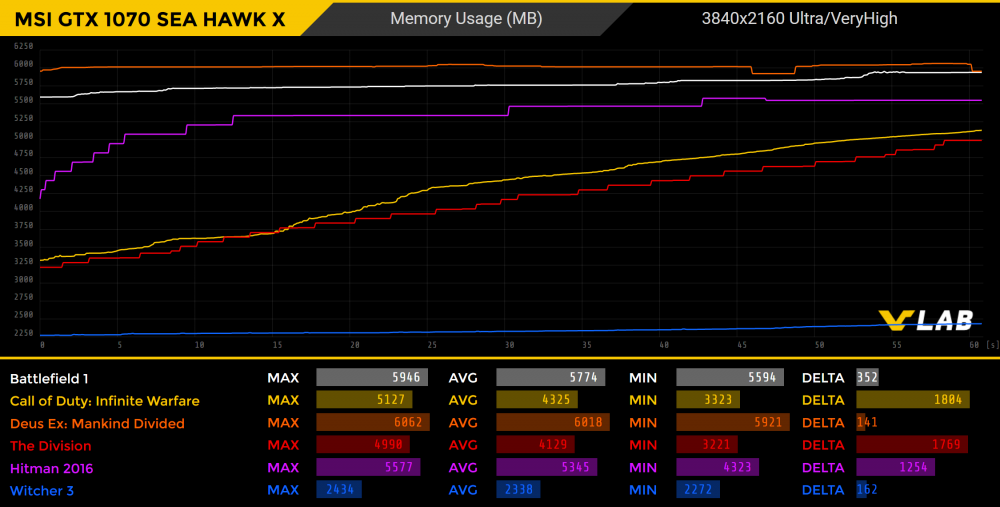