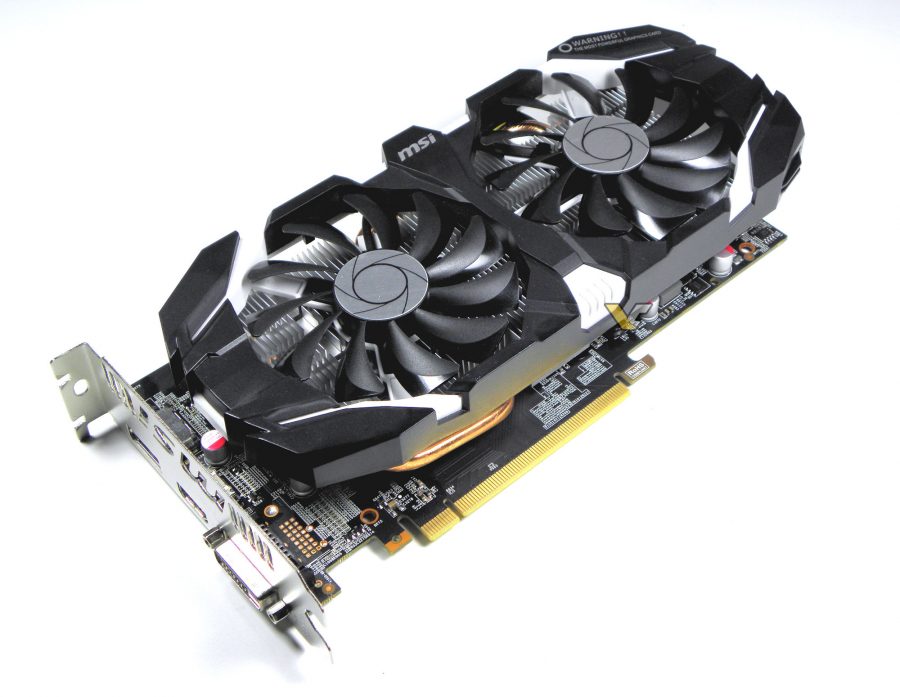 The MSI GTX 1060 6GT OC is not part of GAMING or ARMOR series. It’s a a new product line aiming at those who want the latest graphics card, but do not necessarily need all the fancy features other models can offer.

The 6G TOC is currently the cheapest GeForce 10 Series model from MSI (with MSRP at 250 USD). Since Founders Edition is now more expensive and limited in terms where  you can buy it, add-in-board partners had the option either to create something similar to Founders Edition, but using cheaper materials, or go completely different way, by designing pretty much the whole graphics card from the scratch.

MSI’s 6GT OC is one of such cards, it has custom dual-fan cooling solution, custom PCB with 4+2 phase design and custom I/O bracket with non-standard display connectors. 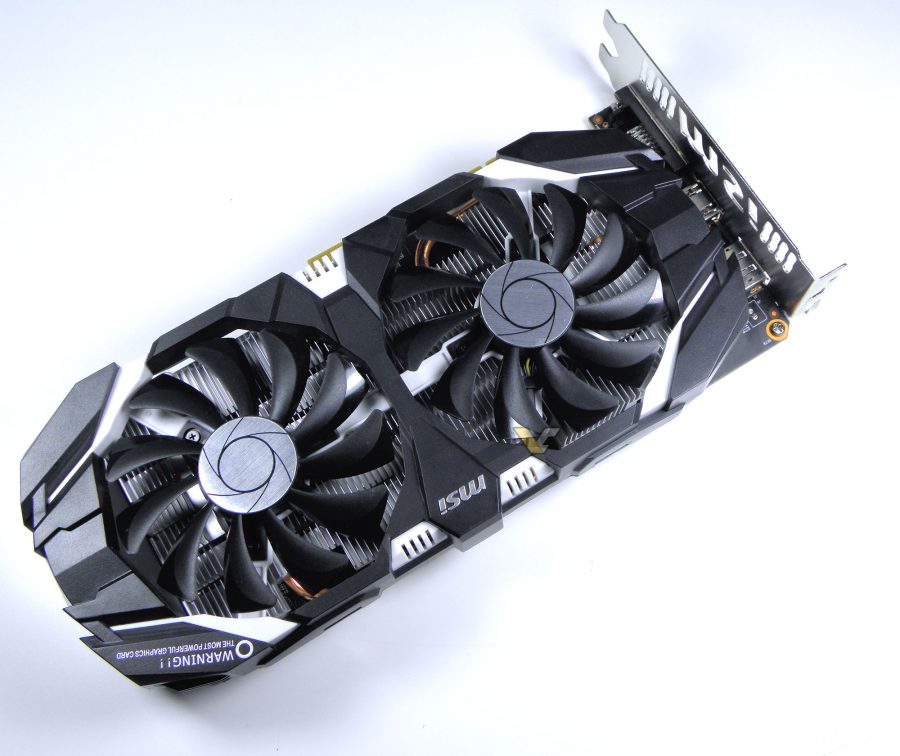 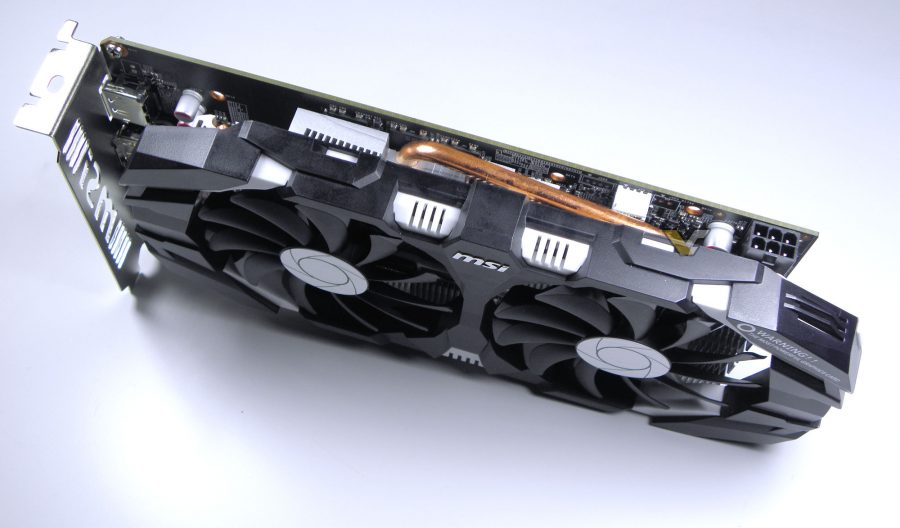 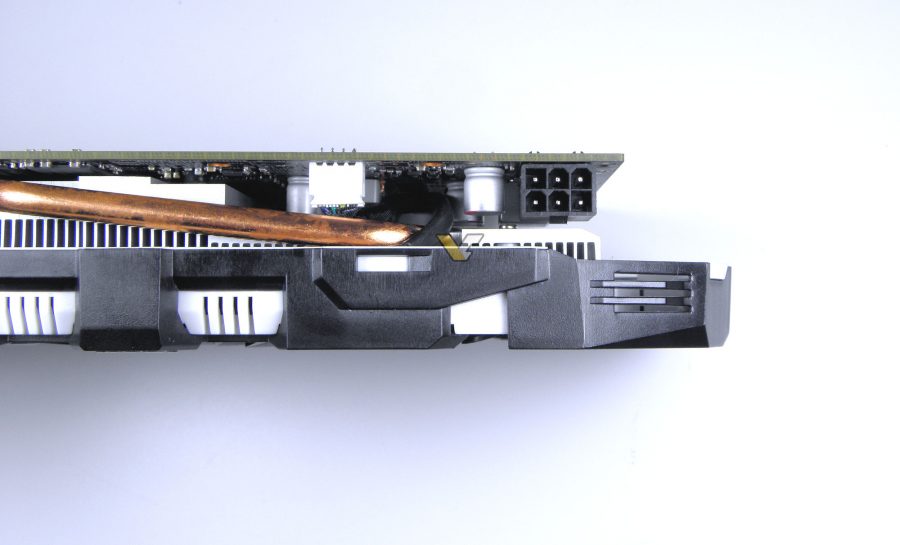 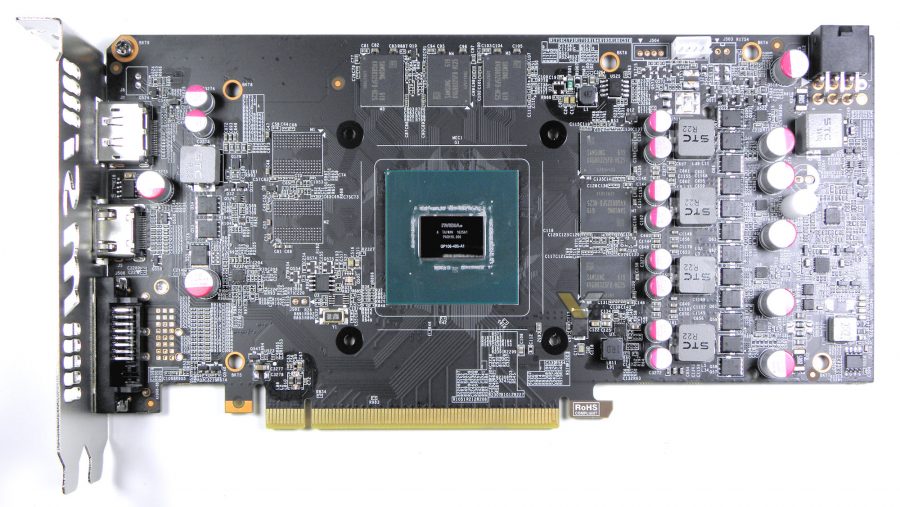 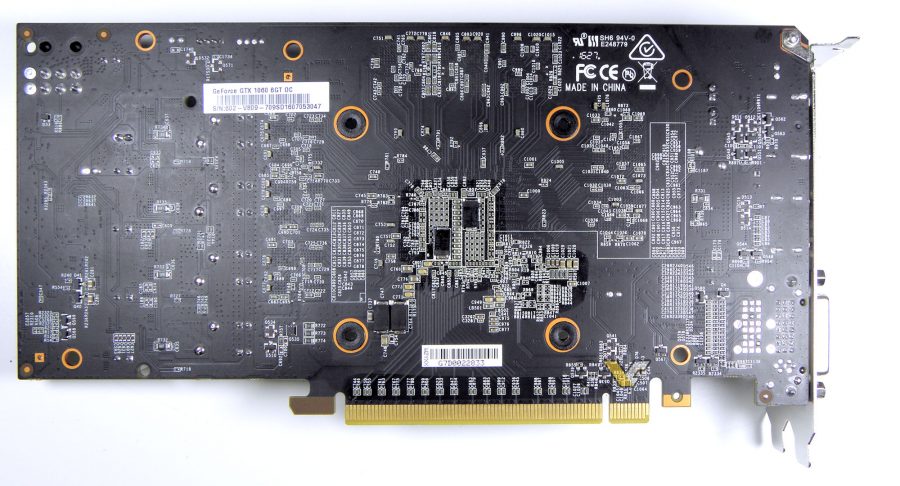 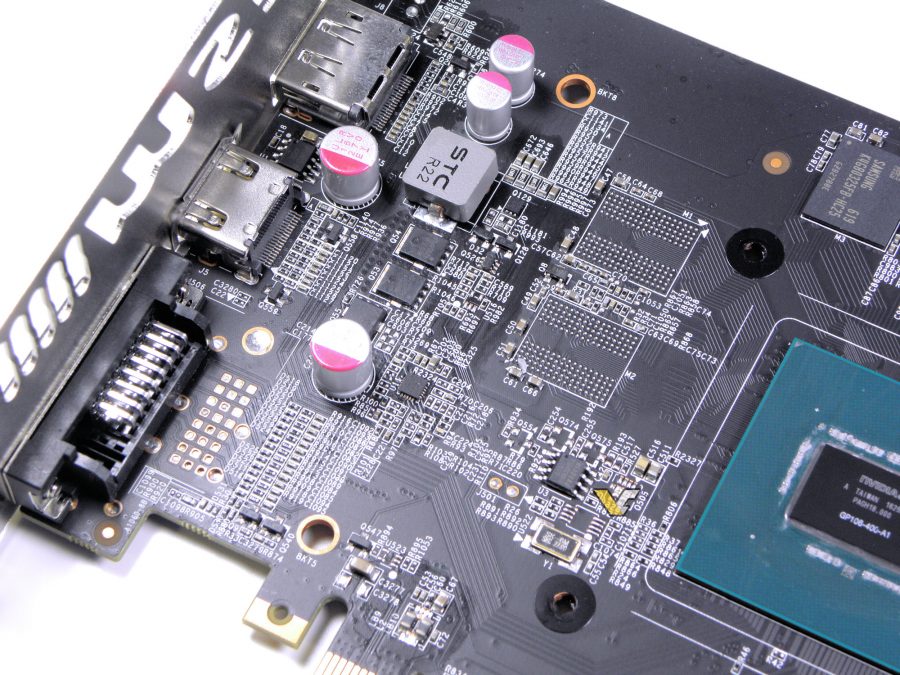 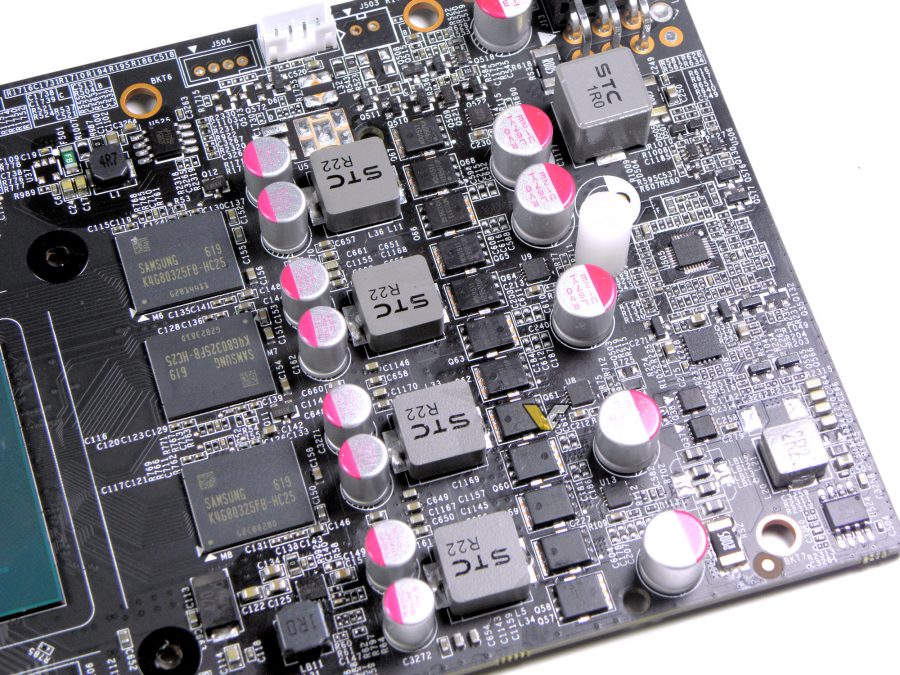 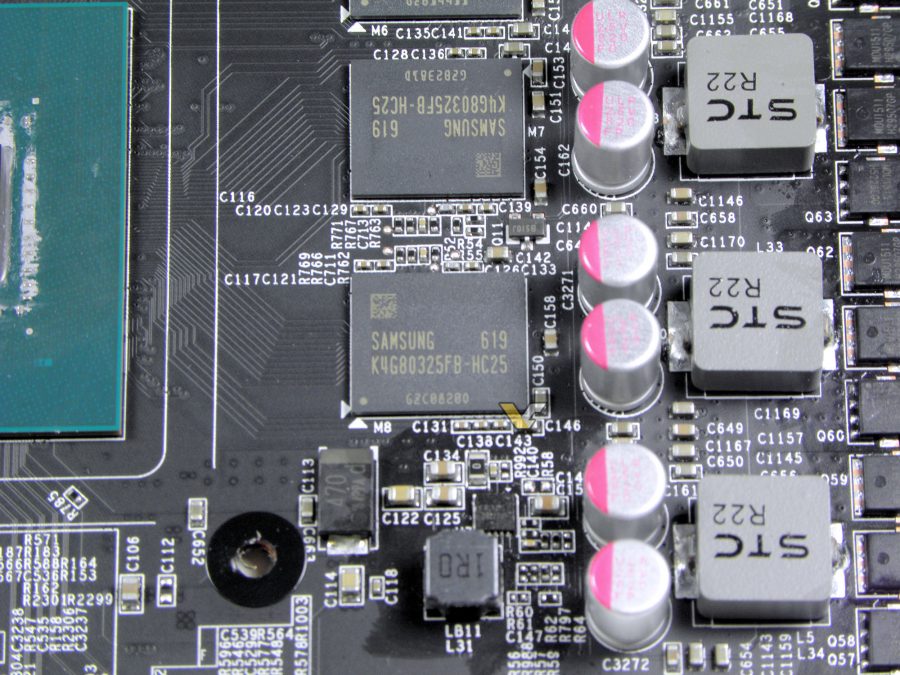 You can detach the cooler from the board by removing 4 screws. The heat sink is attached to the shroud with another 4 screws. It takes about 1 minute to take the whole card apart.

I don’t actually remember the last time I saw a graphics card with just one heat pipe: 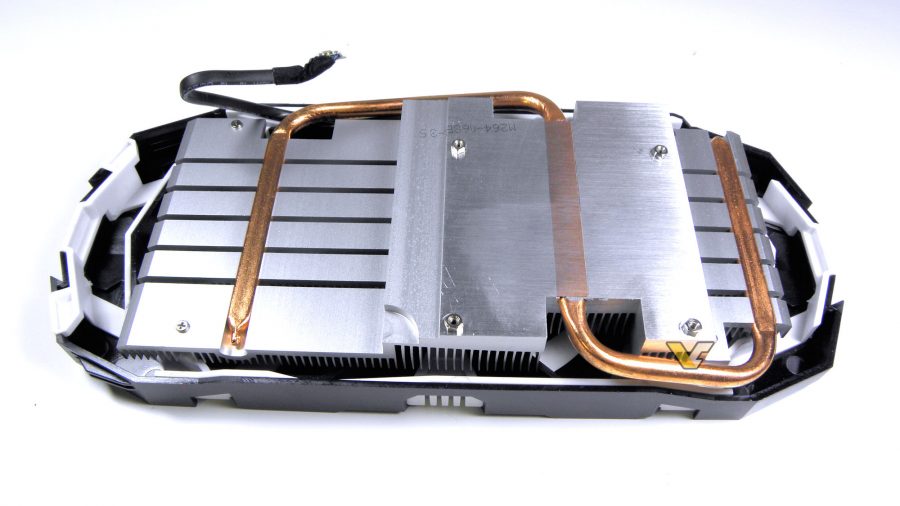 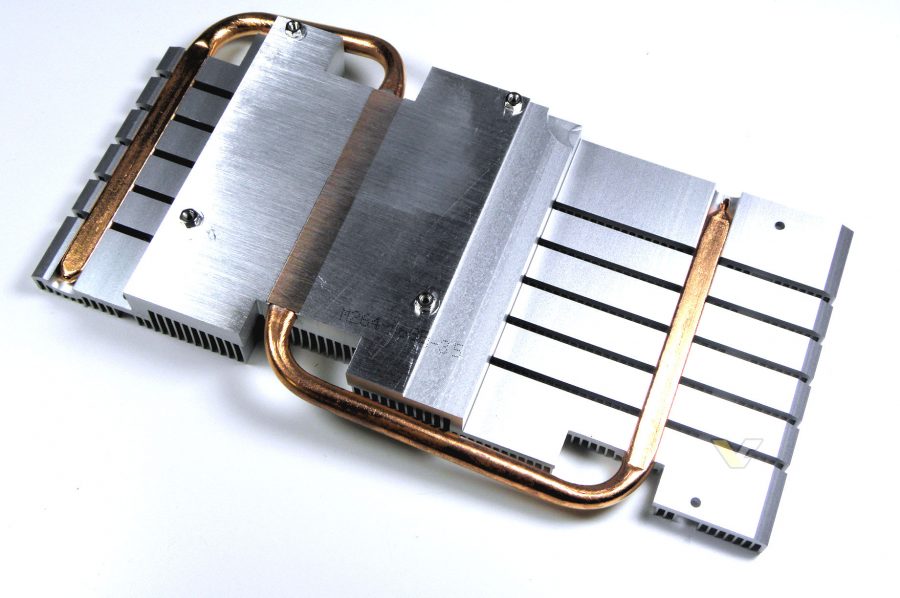 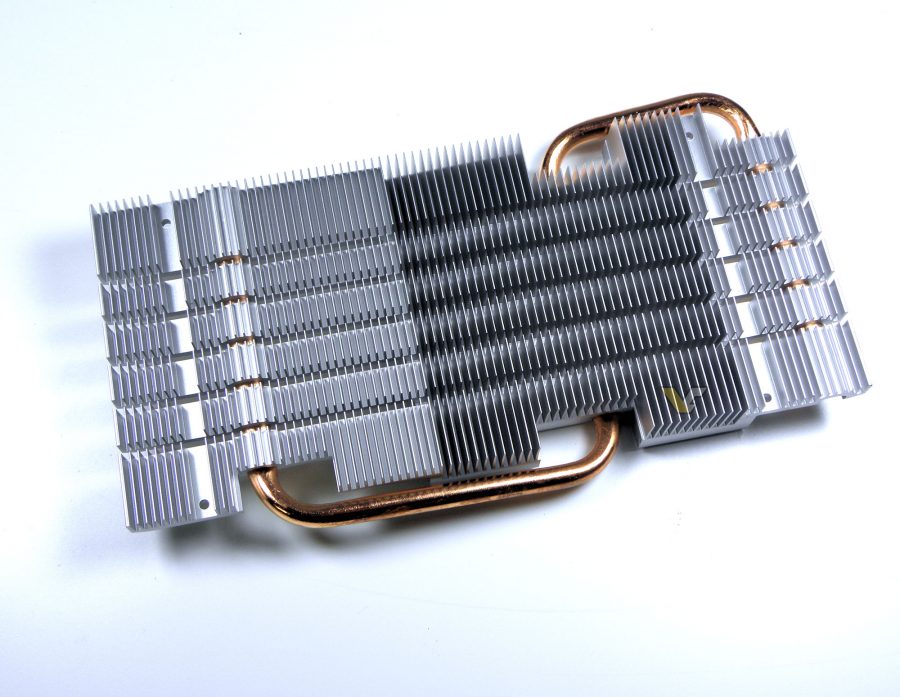 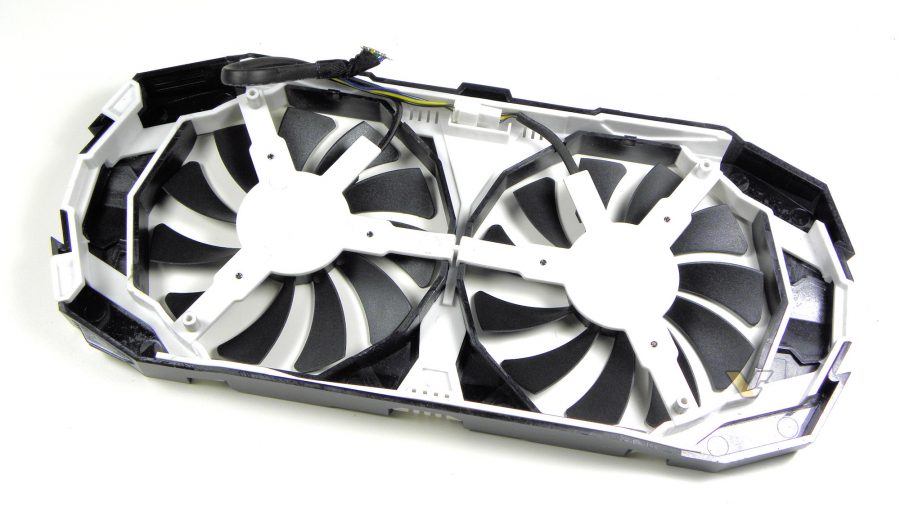 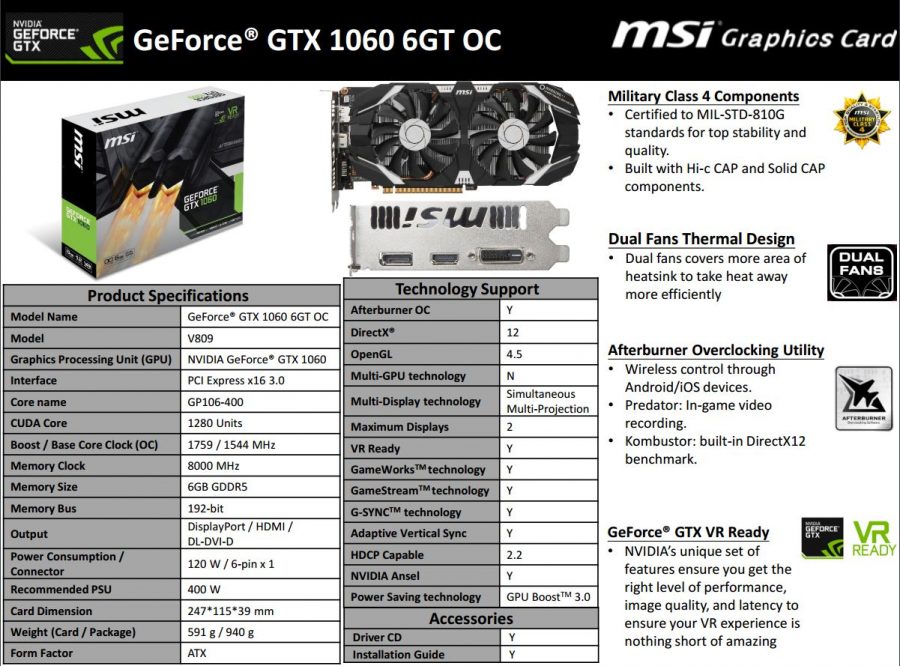 Compared to Founders Edition, we have slightly higher clocks (+38/+50 MHz) on the GPU. This card also has less display connectors than reference design.

You may be wondering why overclocking section is included at the very beginning of this mini-review. Overclocking was actually one of the very first things I tested with this card. That’s because I decided to run all tests with both default and with maximum clocks. I think this is the best way to determine the true potential of this card.

After many efforts to find the most stable clocks, this is what I came up with: 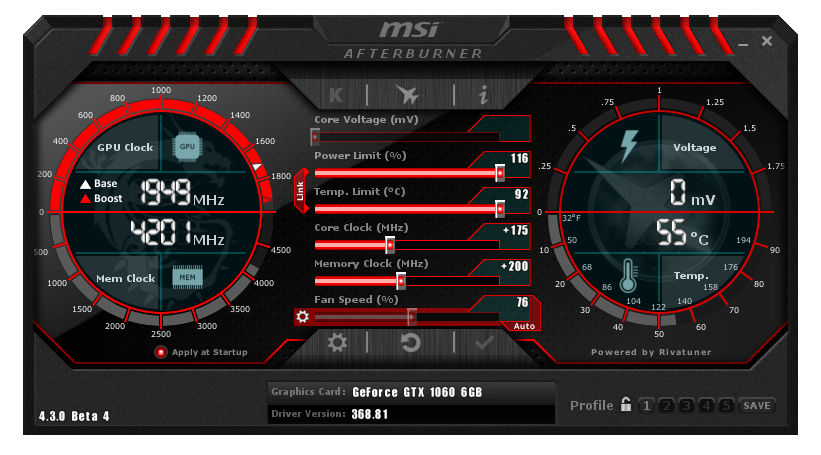 Simply by increasing power limit and temperature limit we get rid of frequency throttling, which can be observed in Fire Strike Stress test after about 4 minutes. We managed to add 175 MHz to the GPU clock, this was the absolute limit of this card. As for the memory, let me remind you that this model has no heat spreaders over memory. It is therefore not recommended to overclock memory. However just for the testing purpose I tried few settings and +200 MHz appeared to be the most stable choice. 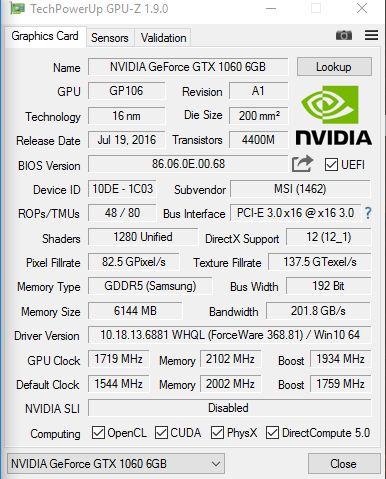 It’s worth nothing that there were no artifacts at any clock speed I tested, neither GPU or memory. The GPU driver simply stops working, which leads me to believe that we are hitting a hidden barrier that is neither caused by temperature or power limitations. I guess our sample simply did not want to go any faster.

Such overclocking will give you clock speeds varying from 2113 to 2100 MHz. Judging from FS Stress Test we get stable 2100 MHz. Please note we are using Afterburner’s automatic fan control, which makes card quite noisy. 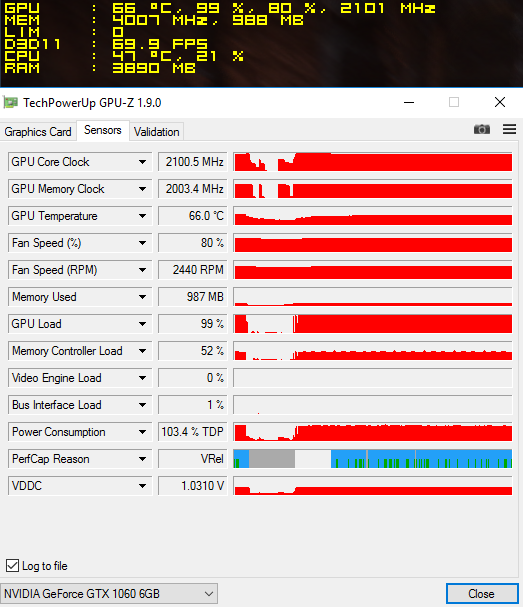 GeForce graphics cards featuring GPU Boost 3.0 are all showing the same behavior in synthetic tests. After 3-5 minutes boost clock drops to lower value. So in this part you will learn what is the maximum stable clock in few tests.

The first thing I tested was the fan speed. This was done for the purpose of overclocking, to see what is the maximum fan speed I could tolerate when playing. My room is not really suitable for noise testing, as ambient noise is relatively high (~38 dB). That said you can’t tell you the exact noise level at idle state. It is however lower than what other parts in the system can generate.

The fan has a maximum speed of 3000 RPM. Out-of-the-box experience is rather positive, fan speed never exceeded 1900 RPM, which is still relatively quiet. For overclocking I would recommend 2100+ RPM (~70%), but the acoustic experience will not be just as good. Of course nothing is stopping you from using aftermarket coolers, and in fact I believe this card is perfect for such purpose (but don’t forget to buy memory head spreaders!). For our overclocking testing we were using Afterburner’s built-in fan control, this results in fan speed at around up to 74%. 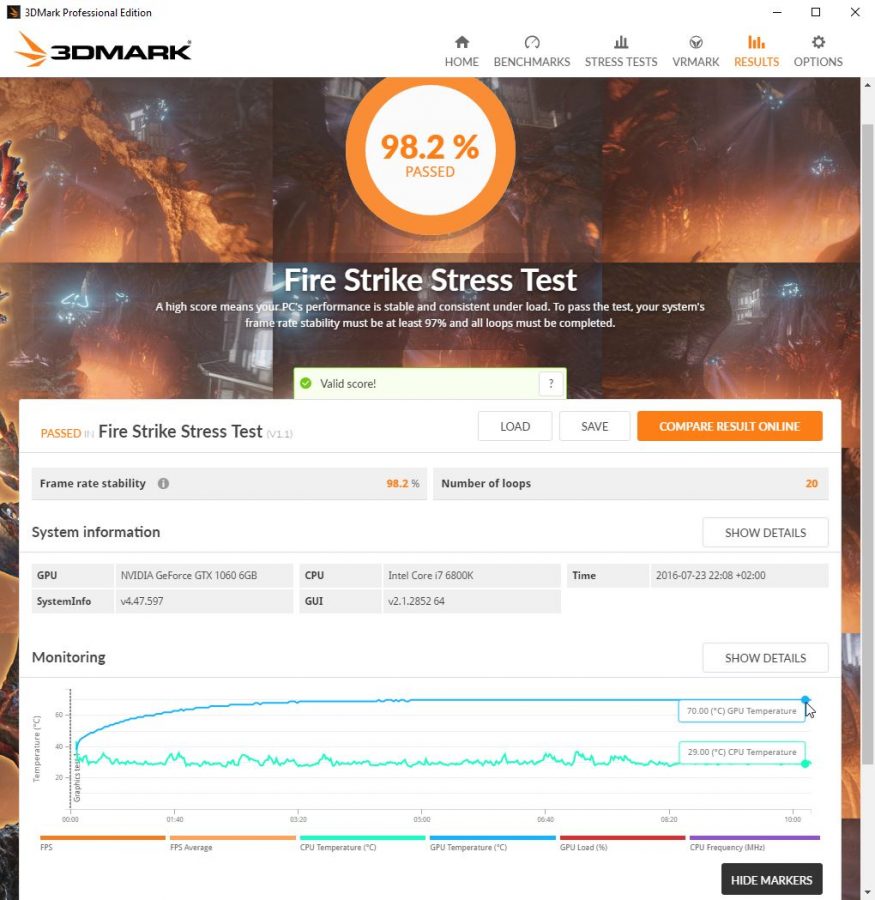 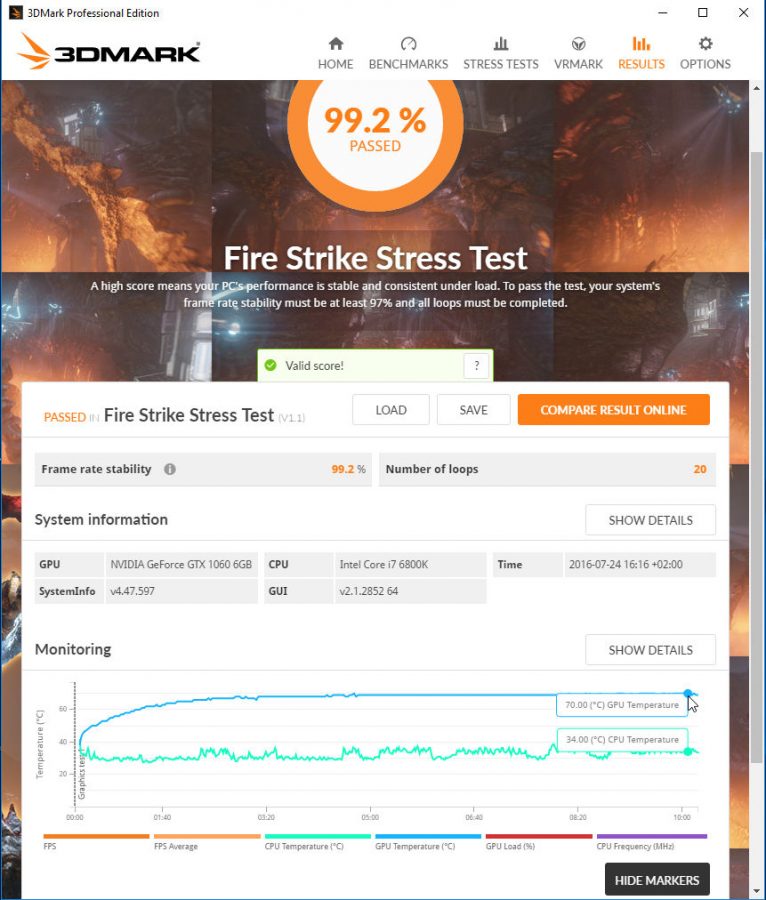 Starting with synthetic performance, we get very close results between GTX 1060 and 390X.

Meanwhile MSI’s 6GT OC lost the battle against 390X in 3DMark11 Performance and Ashes of Singularity.

When it comes to gaming experience I chose few titles that I think are quite popular. In the latest Tomb Raider GTX 1060 offers much better performance in DX11 and FullHD, but once we enable DX12 and increase resolution to 1440p, the difference between GTX1060 and 390X becomes really small.

In Division MSI 6G TOC was better at Full HD, but at 1440P it was marginally slower than 390X.

The last title I tested was Talos Principle. Originally I planned to test Doom, but due to lack of time I chose something with built-in benchmark. The results were quite strange. GTX 1060 has worse performance in DX11, while being faster in Vulkan. So completely the opposite of what I expected (judging from Doom’s Vulkan  implementation). However this game is still in beta, so I’m guessing those figures may change when Vulkan gets full implementation in Talos.

My overall impression is positive. As you might have noticed I generally test games at highest preset settings. The Division was the only example where we didn’t get 60 FPS in Ultra preset. What this means is that if you own 60 Hz monitor and you use V-Sync, then this card should be more than enough for you.