Minisforum provided a sample of their Mini-PC called Elitemini B550. This device is based on a desktop-class B550 motherboard, which offers interesting expandability options. 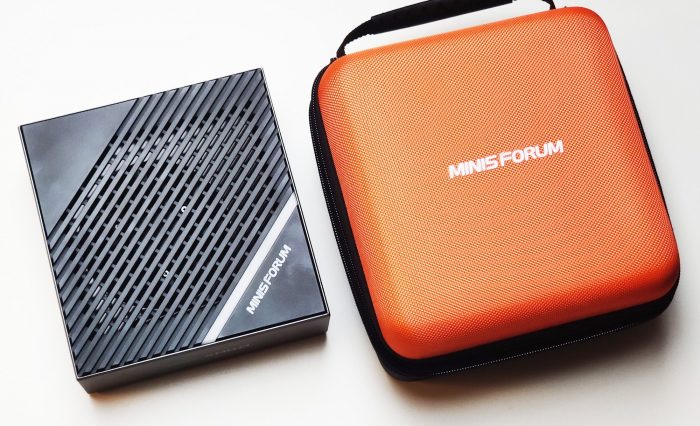 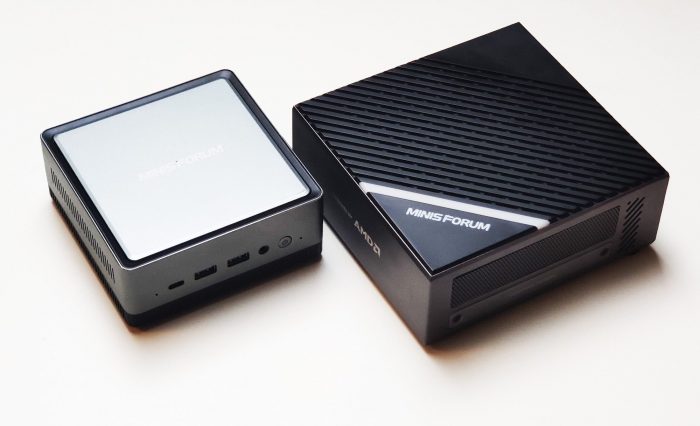 The Minisforum PC is equipped with AMD B550 motherboard with full AM4 desktop socket. It supports both Ryzen 4000G (Zen2 Renoir) and 5000G (Zen3 Cezanne) series APUs, but also Ryzen 5000 CPUs without integrated graphics (this config will require discrete GPU, though). One should note that 65W+ Ryzen CPUs are not supported (5800X and above).

By far the most appealing feature of this device is the ability to connect external graphics. The device has a hidden PCIe slot that attaches to the custom designed base. The base hosts a desktop graphics card as well as the MiniPC itself. There is no room or any kind of attachment option for the ATX power supply, unfortunately. 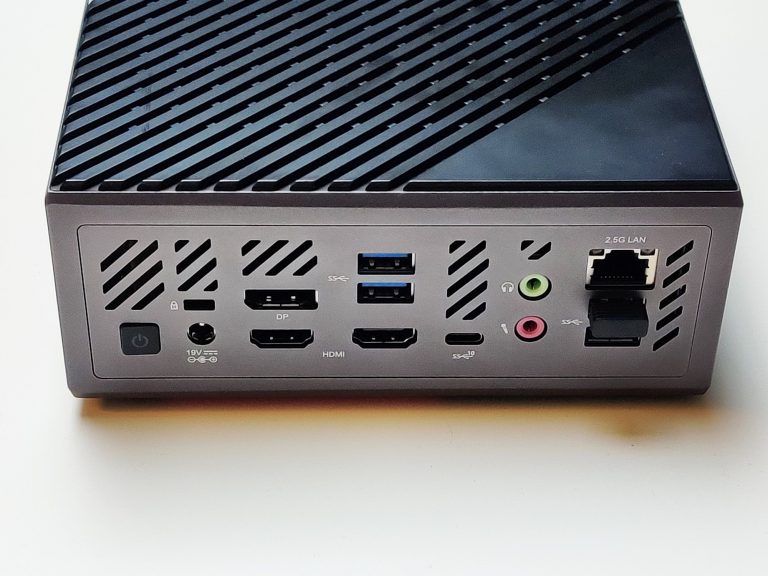 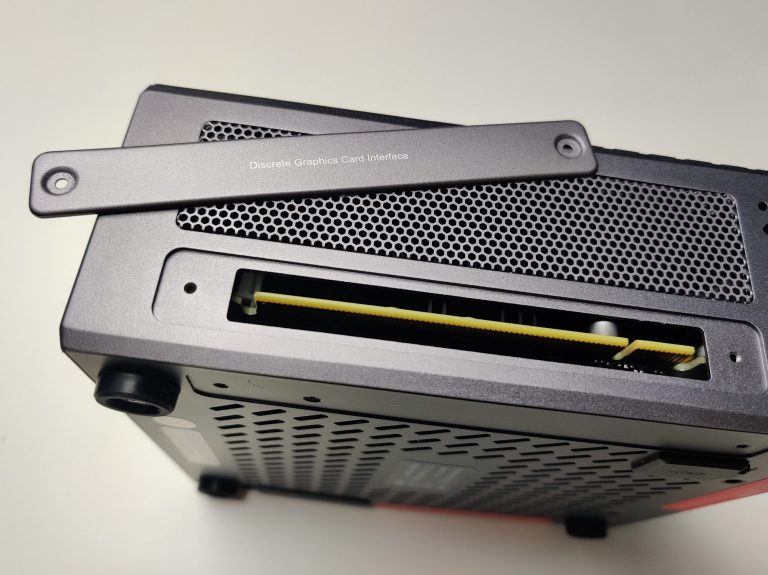 Being based on Ryzen 7 5700G APU means that the integrated Vega graphics are present and actually quite capable for this form factor. But if we are to use the external GPU, then this special bracket as well as ATX power supply are required. The bracket was bundled with the system we received, and from what we can tell it should ship with all EM B550 systems. Therefore, one might say that eGPU is just an option.

It should be noted that the product comes with a special carrying case which can pack the PC and the bundled 19V (120W) power supply. You can probably put a mouse there too, but there is only that much room there. It can also work as a storage for the bracket when it is not used. 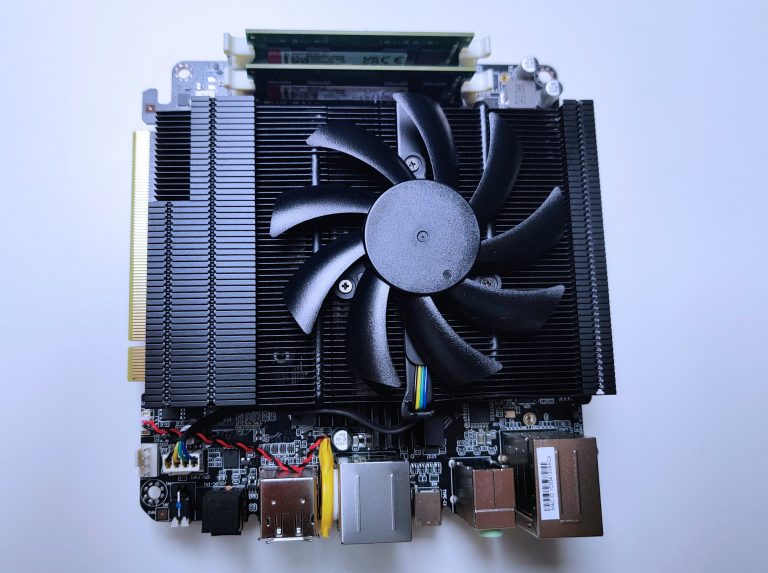 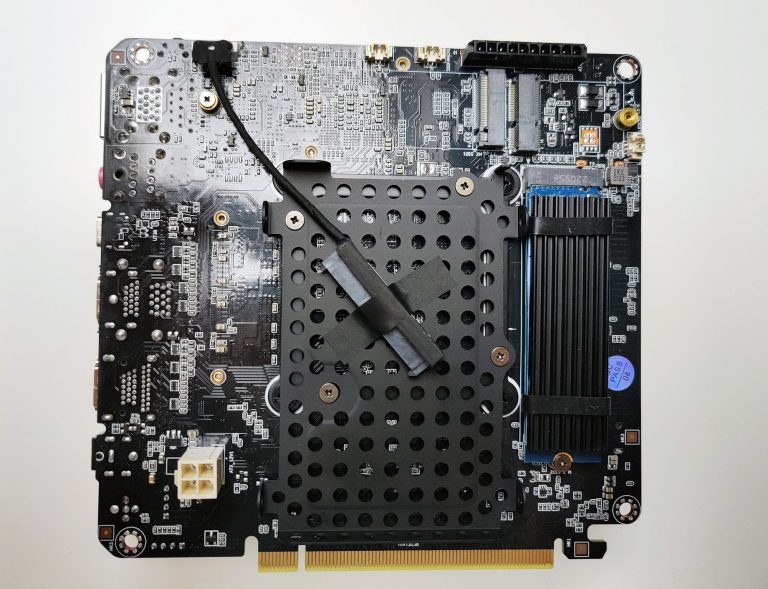 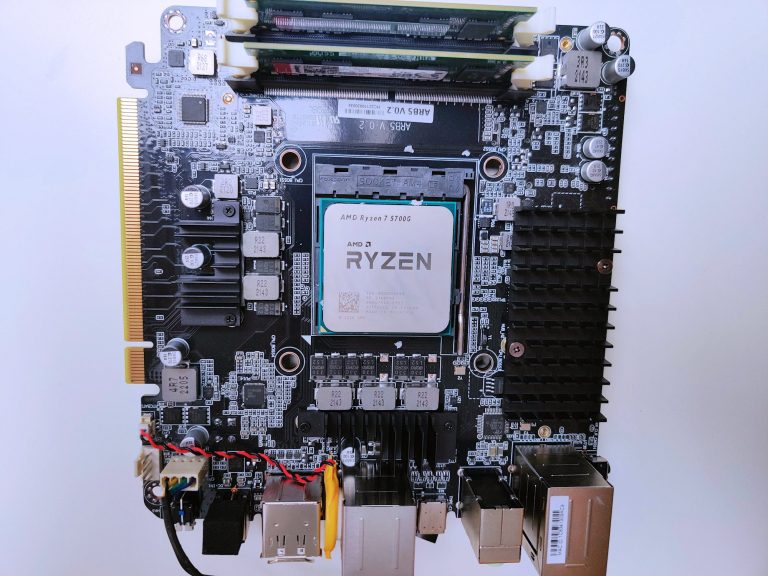 In terms of CPU power, the system performs just about as we expected, with a slightly lower multi-threaded score than most Ryzen 7 5700G around. 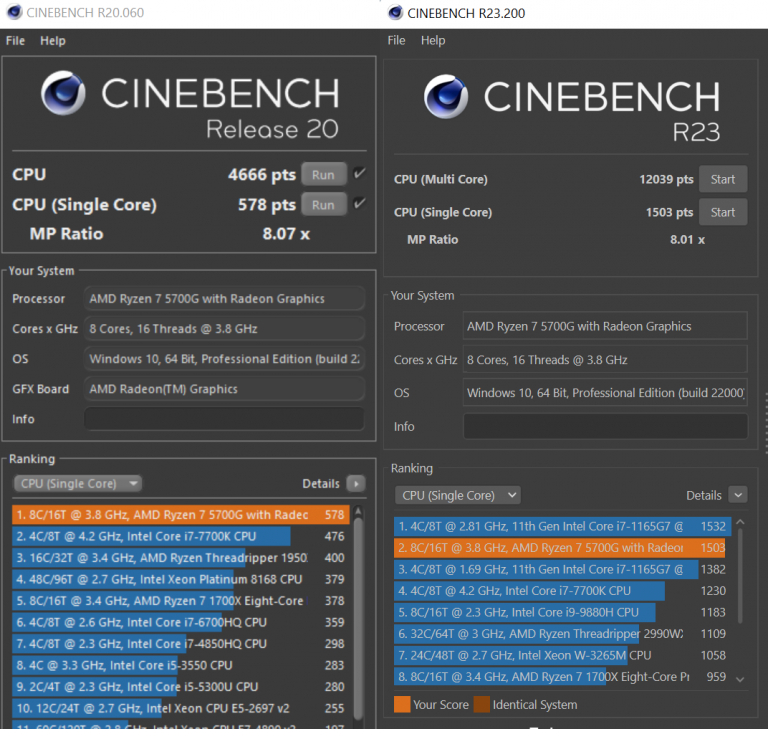 In 3DMark, we expected slightly better results, but given the form factor and reduced cooling capacity, this is not really that surprising to see.

Performance with integrated GPU vs external

We have selected three games for a quick comparison of iGPU and eGPU options. The Ryzen 7 5700G performance is well covered by other reviews, so here we are solely focusing on whether should anyone bother with external GPUs, or would it make more sense to just build a Mini-PC on their own.

The Vega 8 iGPU is not designed for gaming at 1080p, but given the fact we wanted to compare the results with discrete graphics, which will undoubtedly perform better, we chose higher resolution.

We selected MSI GeForce GTX 980 Ti Lighting for this test, for a few reasons. The device is locked to Gen3 specs anyway, so there was no point in testing Gen4 GPUs. Furthermore, we think there are many people who would pair this system with graphics cards that they already own. That’s considering current GPU prices and the fact that new cards would better fit full-spec Mini-ITX/SFF systems than serve as an eGPU.

The installation of desktop GPU is not very complicated. Minisforum published a full tutorial, which shows each step. The only thing missing is how to deal with the ATX power supply, which will be laying on your desk. If this was a permanent setup, one might consider using zip ties to lock everything from moving around the desk. The cabling is not great, we had to look for compatible supply as some do not have 24-pin connectors.

The GPU dock supports graphics cards from all vendors, but only as long as they are 7 cm or less thick. The width and length do not matter here, though. 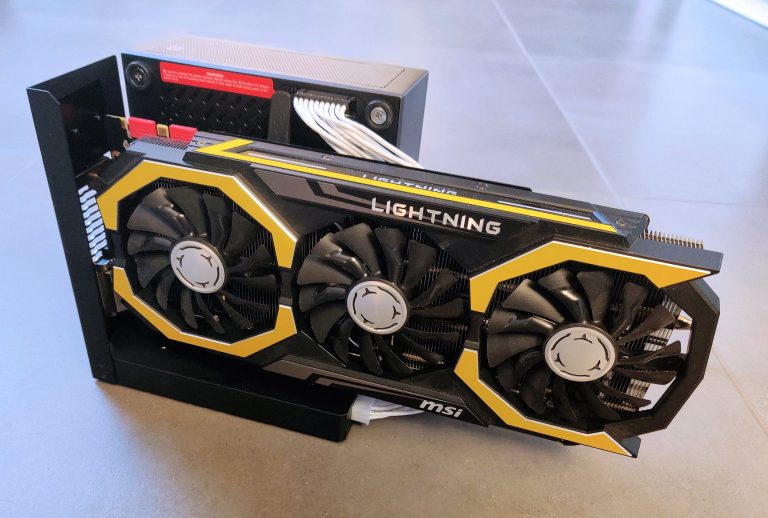 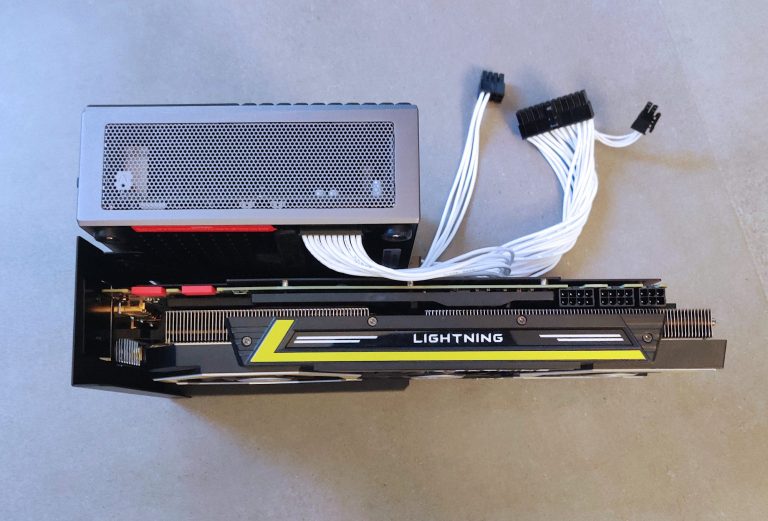 There were no issues with GPU performance here, the 1% was a bit on the lower end. We are looking at least four times higher performance, which is exactly what we expected.

Minisforum Elitemini B550 is an interesting device for sure. There are quite a few features that are worth noting here, such as support for triple-4K monitor support. Having tested Minisforum device before, I’m delighted to tell that this Mini-PC supports 4K 60Hz output, which was not the case with Intel 10th Gen Core system.

Connecting an external GPU is very simple, much easier than I expected. The written instructions were not as clear as the tutorial I linked to and the quality of the included ATX cables could have been better, but from what I know those will be improved once the device is ready for launch (currently available for preorder).

What I did not like was the location of the power button. It is placed on the same side as I/O which is neither comfortable nor obvious place to look for a button. The LED on the top cover could have been less bright as well, especially since there is no option to turn it off. But those aren’t huge issues, just something to improve in the future.

The barebone B550 system cost 319 USD. With Ryzen 7 5700G without the memory, one will have to pay at least 599 USD. The device that shipped to us is listed at 729 USD which includes 16 GB DDR4-3200 SO-DIMM memory and 512 GB NVMe drive. It is therefore it is not the cheapest Mini-PC around, yet, due to its upgradeability, powerful CPU and unique external GPU dock, it’s the price an enthusiast could consider paying. 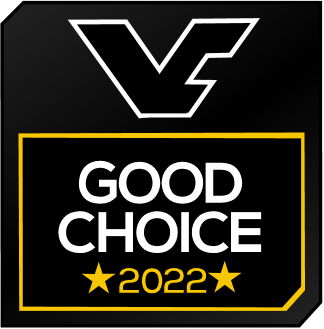