In 3DMark11 Performance GTX 980 was better than both stock R9 390X and factory-overclocked HIS 390X. However it lost when 390X was overclocked to 1110 MHz. In Extreme Preset NVIDIA hardware wins no matter the clocks on 390X. 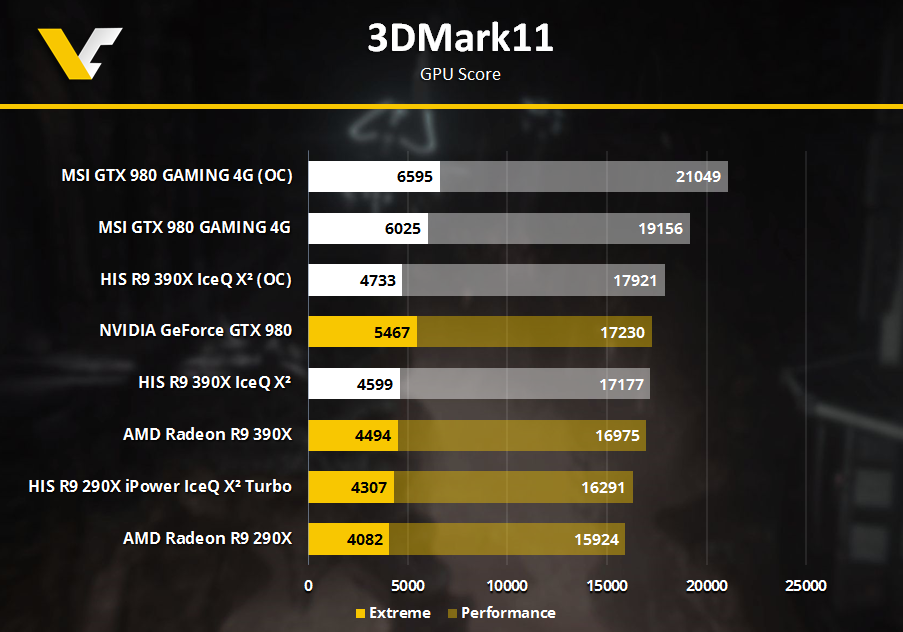 In Fire Strike Ultra, which is rendered at 4K resolution, custom GTX 980 was still doing better than R9 390X. Overclocked HIS 390X was better than reference GTX 980 in Performance preset, but it lost in Extreme and Ultra settings. 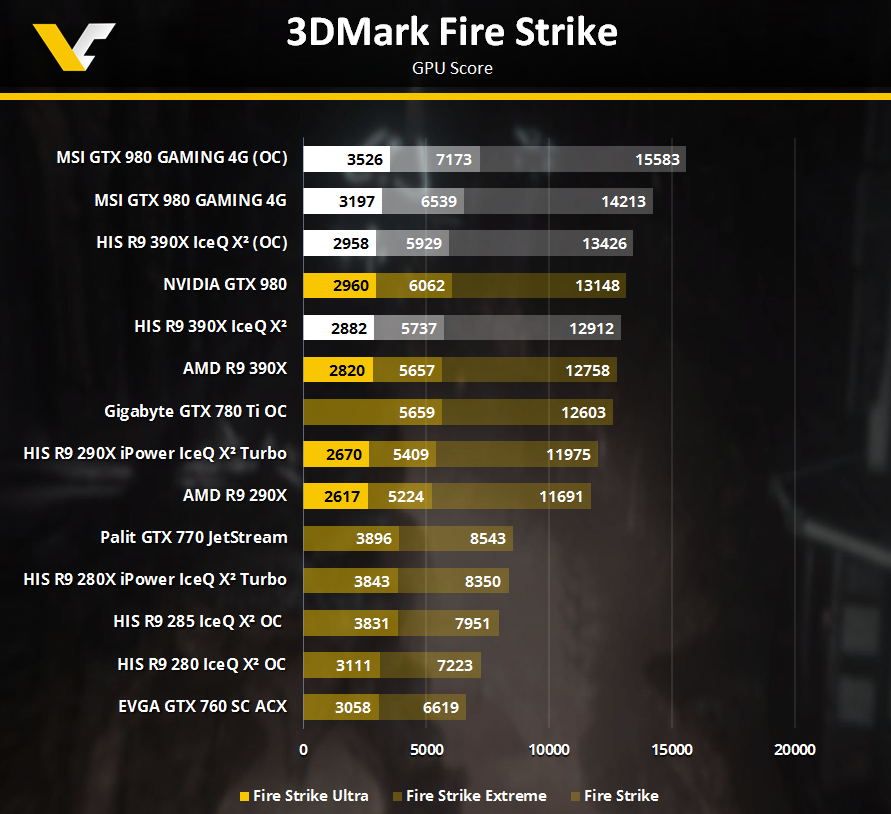 I find it quite interesting that Catzilla shows such a huge difference between R9 390X and 290X. Also it’s quite odd that my previous card Gigabyte GTX 780 Ti OC was still doing better than GTX 980 GAMING. I would say it’s because 780 Ti has higher bandwidth, but then R9 390X should be much higher in this test. 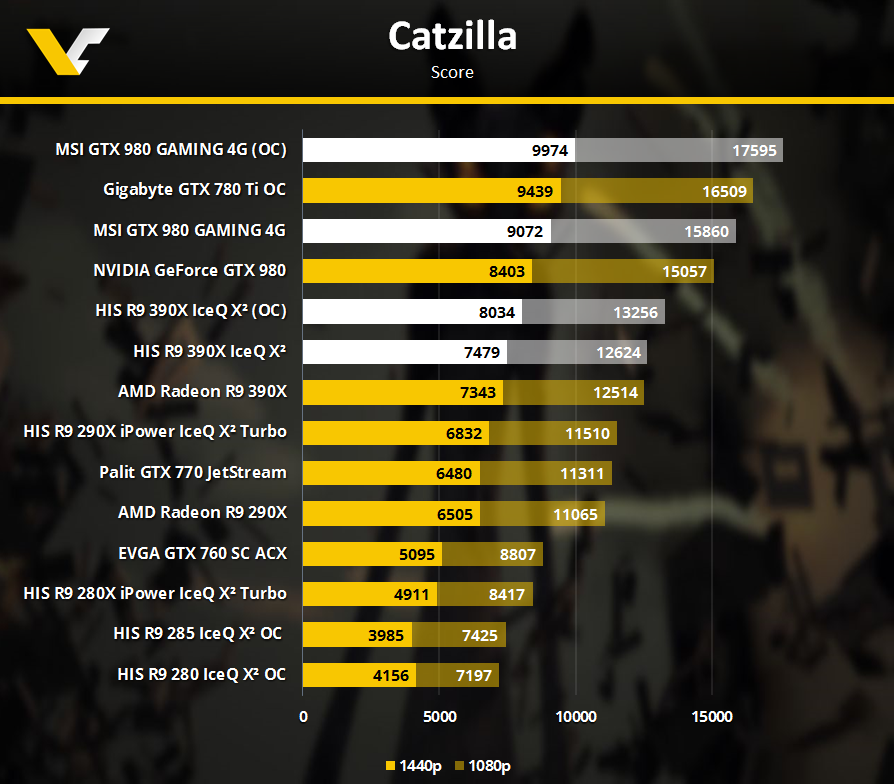 HIS R9 390X offers better performance than GTX 980 in Unigine Valley, however adding extra juice to GM204 has quickly changed the leading position. 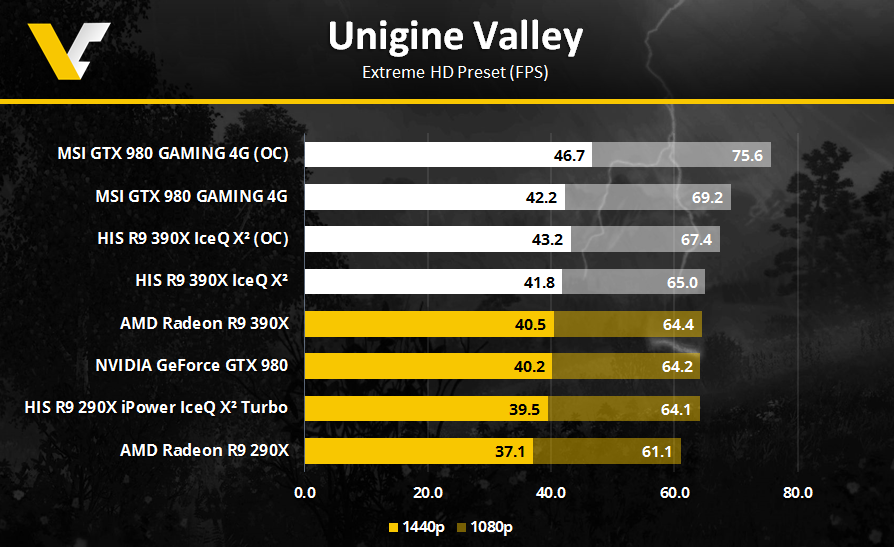 Radeon graphics cards used to perform better than NVIDIA’s before Maxwell introduction. Maxwell, especially Maxwell 2.0 has introduced much better OpenCL performance. The two most popular benchmarks from CompuBench do not provide a clear answer which card is overall faster. 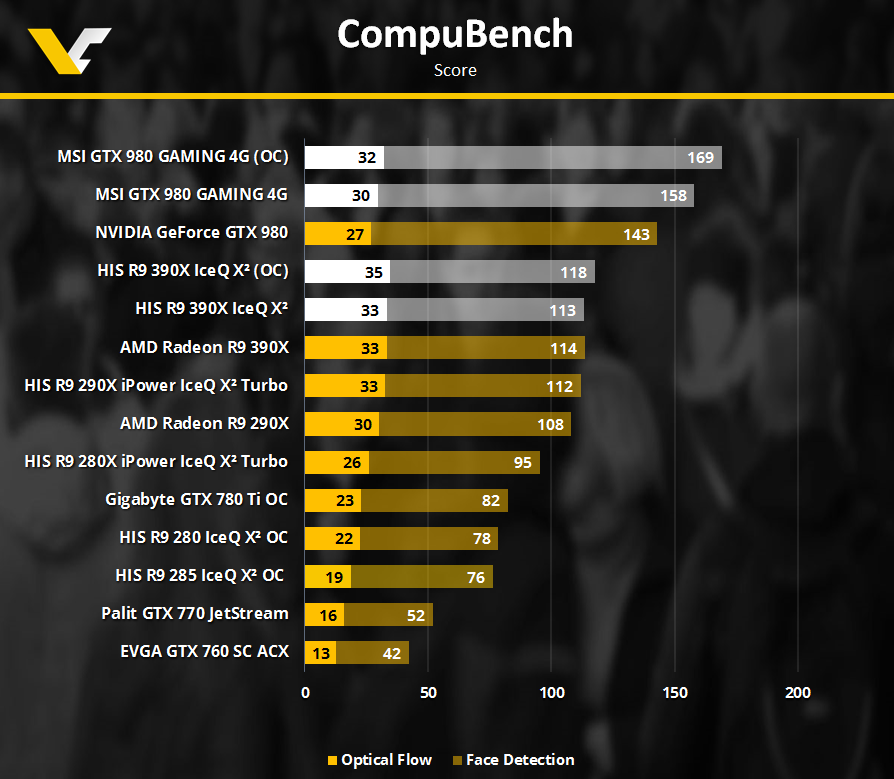