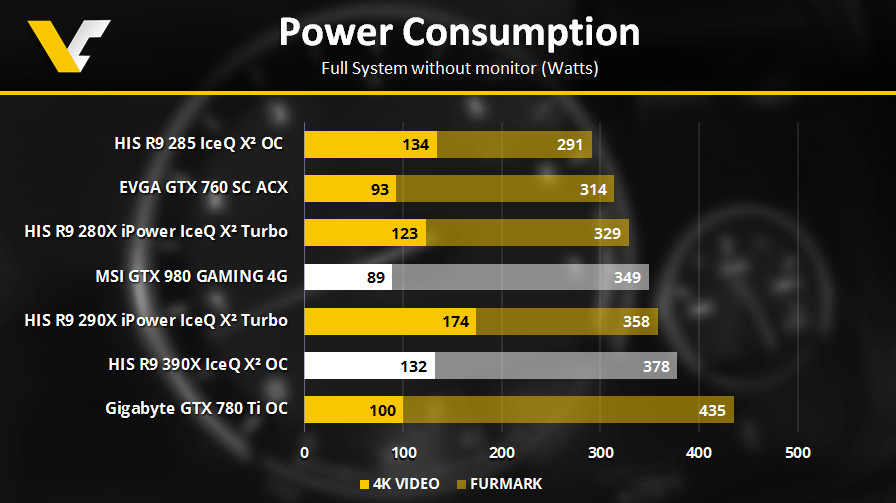 Temperature rose to 85C during Furmark test, which is 4C higher than R9 290X. That’s because 390X is clocked higher than 290X and cooling solution has not been modified – it’s the same cooler. I actually managed to lower this temperature with new thermal-paste (Arctic MX4), but only by 2C. HIS scarified lower temperatures in favor of lower noise levels. Manufacturer claims noise level should not exceed 28dB. I was genuinely surprised how quiet this card is under load (compared to other cards I tested).

MSI GTX 980 GAMING has more efficient cooler, but the downside of ZeroFrozr technology makes the GPU run hotter at idle. The ZeroFrozr state was usually engaged when I left my PC alone, starting any HD YouTube video immediately initialized at least one fan. 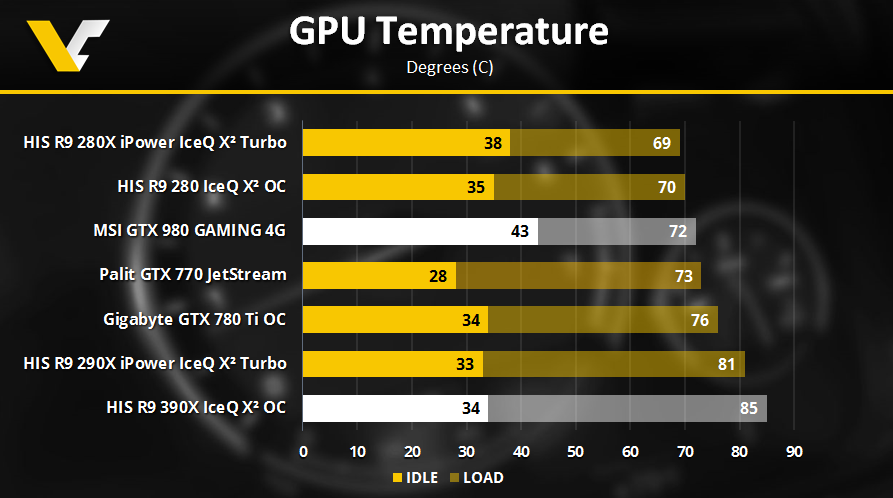 Finding a game that can utilize the whole frame buffer is not very hard, but finding a game that utilizes full buffer AND allows ‘virtual’ rendering at higher resolutions is a bit trickier. It is important because I don’t have 4k monitor for tests, meanwhile R9 390X is dedicated for this resolution. Synthetic benchmarks are far from useful in this test. Only two games I own offer such option: GTA5 and SoM.

The results from GTA5 have shown too much variance, the highest reported memory usage by Afterburner was 5711 MB (R9 390X), R9 290X and GTX 980 were quickly capped at 1.5x resolution rendering.