A trip to Grenada

Today we are taking a closer look at HIS Radeon R9 390X. The card is based on Grenada XT graphics processor with 2816 Stream Cores. Grenada is a codename for refreshed Hawaii silicon, which according to AMD has went through some architectural changes. Here is what AMD has to say about their new GPU:

AMD is pleased to bring you the new R9 390 series which has been in development for a little over a year now. To clarify, the new R9 390 comes standard with 8GB of GDDR5 memory and outpaces the 290X.

Some of the areas AMD focused on are as follows:

The Radeon™ R9 390X and R9 390, are best used in 4K gaming applications. 4K is the present and future of gaming, and as such AMD is dedicated to providing the premiere 4K gaming experience.

At the time of writing, Radeon R9 390X is the second fastest graphics card from Radeon 300 series. It will soon take third position as the new Radeon R9 Fury with Fiji PRO graphics processor will take its place. The R9 390X of course will remain at its current price tag, which is very competitive against GTX 980.

Radeon R9 390X has been equipped with 8GB memory which means, any resolution above the most popular one 1920×1080, is where R9 390X should tackle GeForce hardware more aggressively. 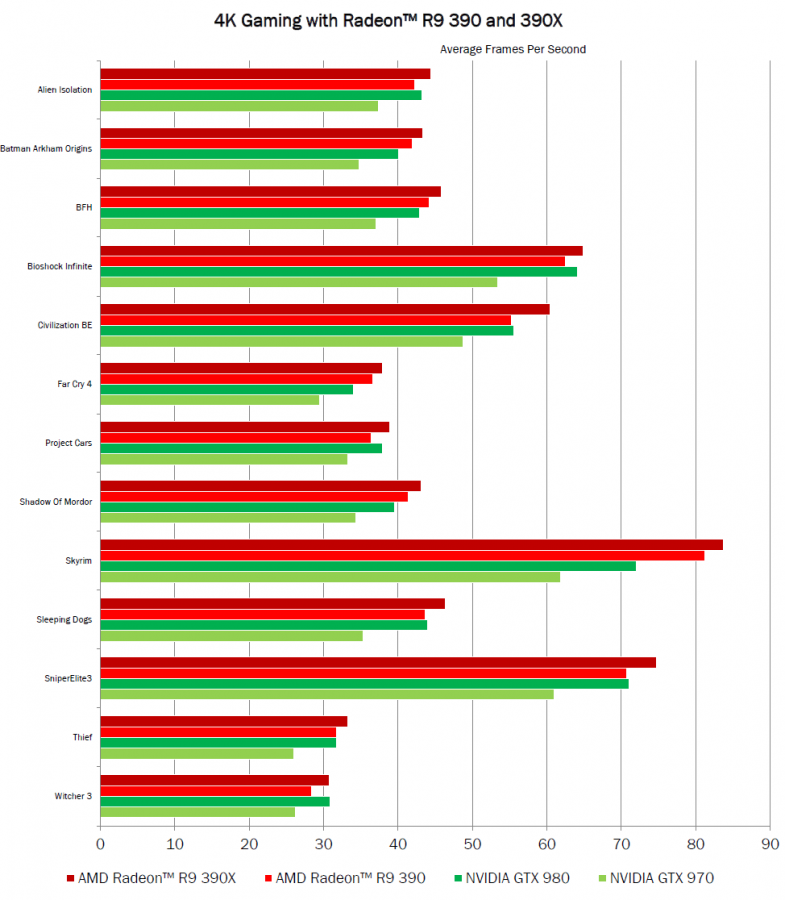