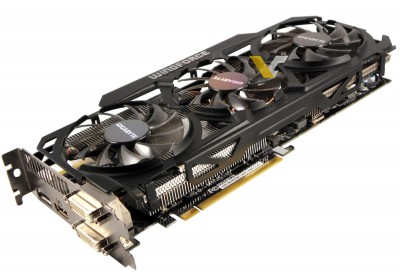 This is Gigabyte’s second fastest GTX 780 Ti. The difference between GHz Edition and OC Edition is limited to clock speeds and missing backplate. Apart from that everything is exactly the same.

GeForce GTX 780 Ti is a fully-enabled GK110 die with 2880 CUDA cores. This model took the performance crown from AMD 290X back in November 2013. Due to higher clocks, it’s even faster than TITAN BLACK. However NVIDIA never gave a green light for 6GB 780 Ti cards, so both solutions still coexist on the market.

Gigabyte’s WindForce cooler delivers substantial headroom for overclocking, and on top of that, it’s very quiet, although not as quiet as GTX 670 WindForce 3x I used to own.

The cooler is with no doubt better built than the previous plastic variant, but it also increased the weight to more than 1 kg.

Kepler overclocking is all about temperature, once the card reaches thermal limitation it will keep decreasing until the clock and temperature target reaches the sweet spot. Gigabyte had enough faith in their solution that they increased the clocks to 1020/1085 MHz. We are looking at 17% increase over reference design (876/928 MHz), and that’s not the last word.

What’s funny is that, when I bought this card I didn’t even know it had the same PCB as the more expensive GHz Edition. All review samples were using reference PCB, while retail version came with much more powerful board. That said, the first thing I did was cooler removal, just to be sure. I bought this card shortly after the launch, so for the price of reference card I received fully-custom model. Needless to say, it was good purchase. 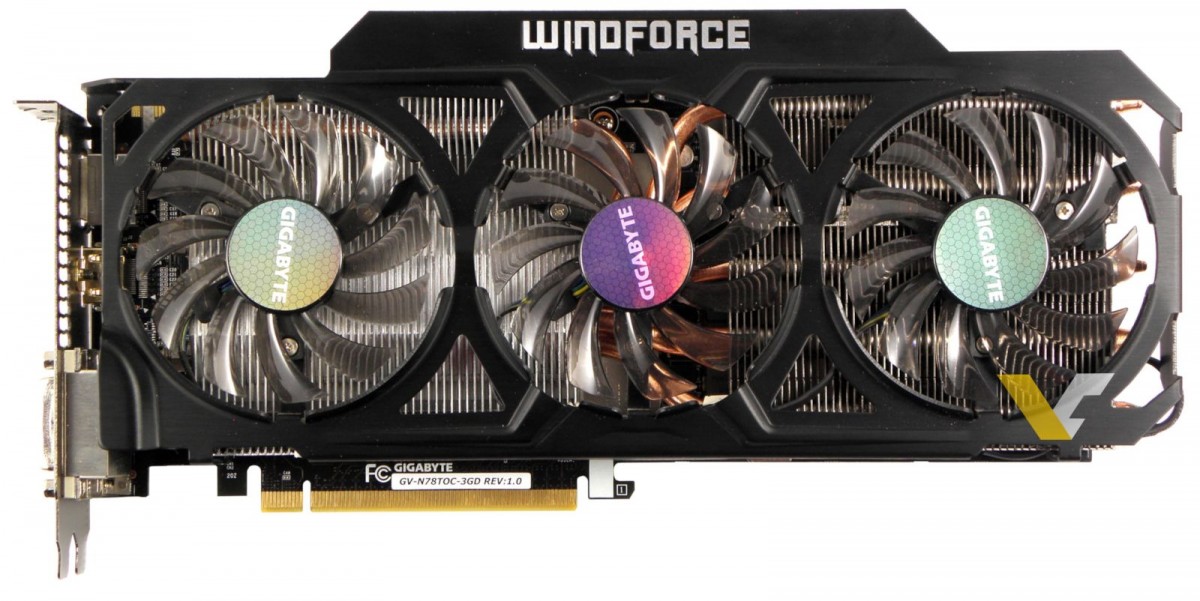 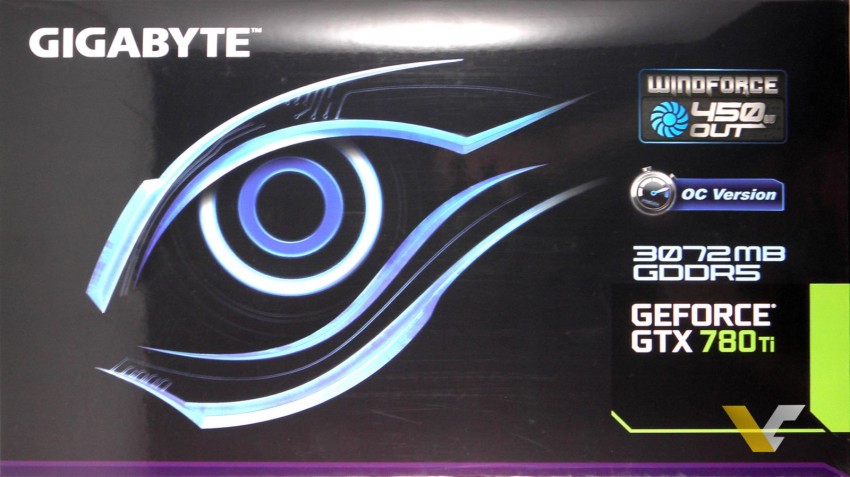 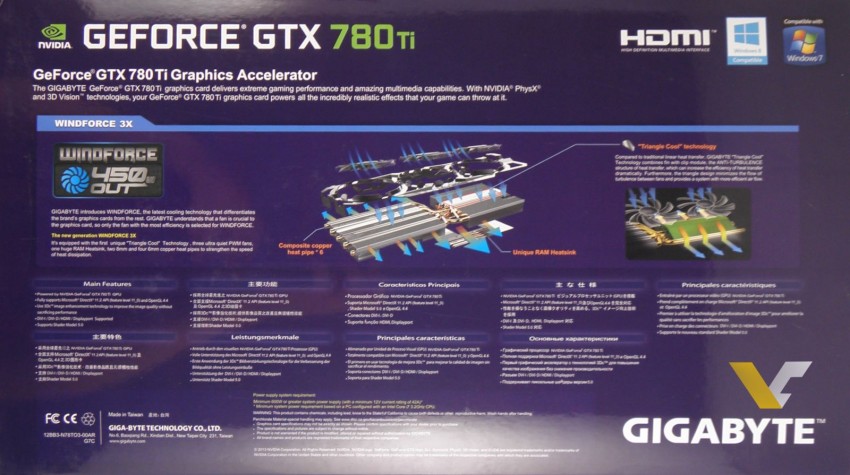