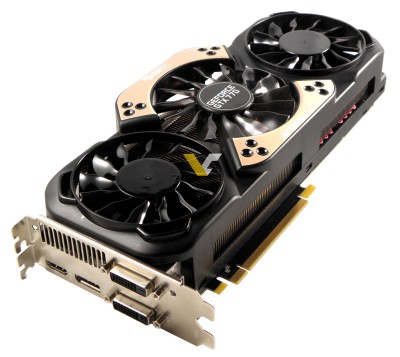 GeForce GTX 770 was released more than a year ago as a gap filler between GeForce GTX 670 and GTX 780. While GTX 770 is considered a successor to GTX 670 it actually inherited all that previous flagship (GTX 680) could offer.

NVIDIA GeForce GTX 770 is essentially a higher-clocked GTX 680. It shares the same GPU specifications while offering much faster memory bandwidth. GTX 770 has GK104 GPU onboard with 1536 CUDA cores.

The triple-fan JetStream cooler is made of plastic. While you probably expect higher quality materials for such a high-end graphics card, plastic actually makes this card very light. There are two metal decals with Palit and JetStream logos, but unfortunately I cannot say I’m a fan of how they look.

The fan in the center is 92mm in diameter, while the two at each end are 80mm. The middle fan is not exactly placed right over the GPU, actually it’s where two large heat sinks are connected to each other with cooper heat pipes.

Palit GTX 770 JetStream is equipped with a fully custom PCB. It has 8+2 PWM phases, and more than enough for moderate overclocking. The PCB was originally designed with dual 8-pin power connectors, but the final version only has 6+8pin configuration. 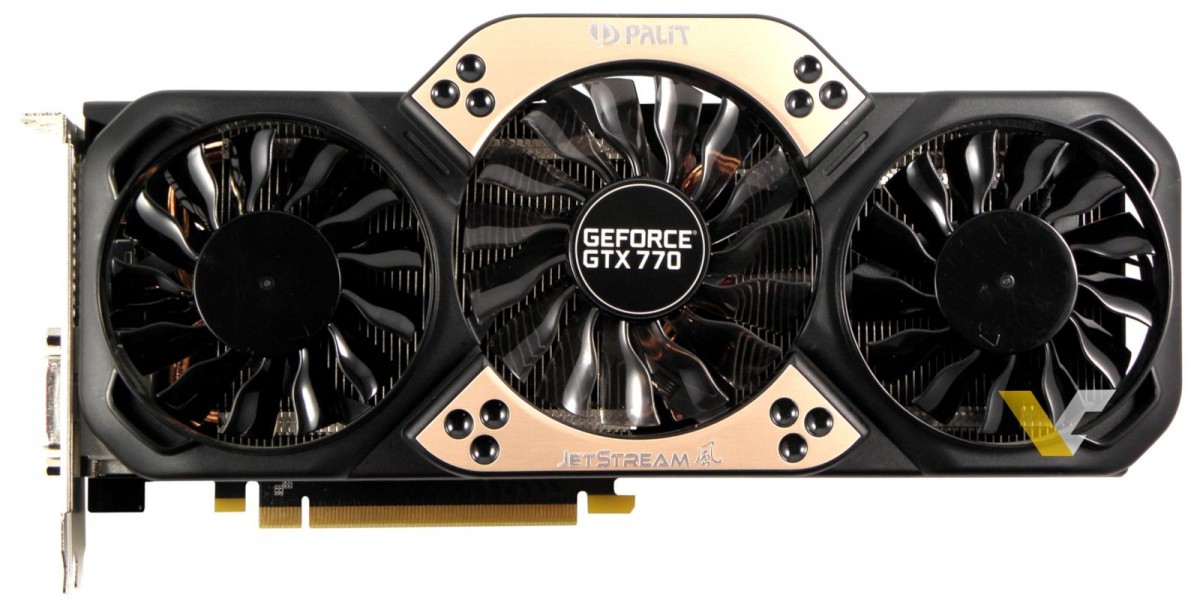 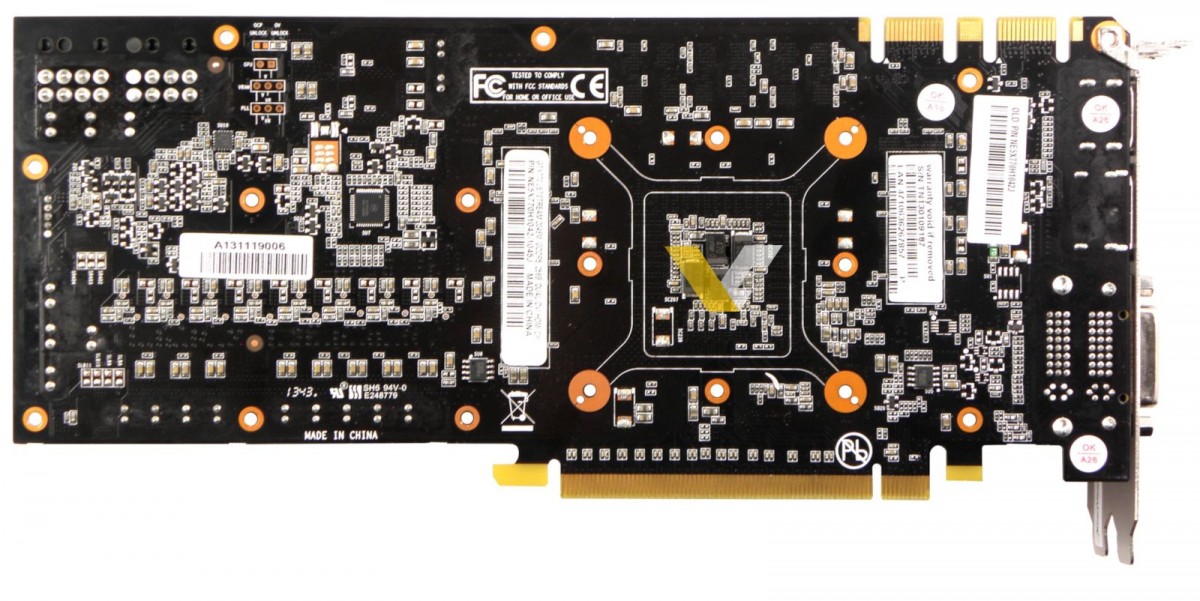 The bundle includes the driver CD, manual, dual 6-pin to 8pin converter, DVI to VGA and HDMI to DVI adapters. 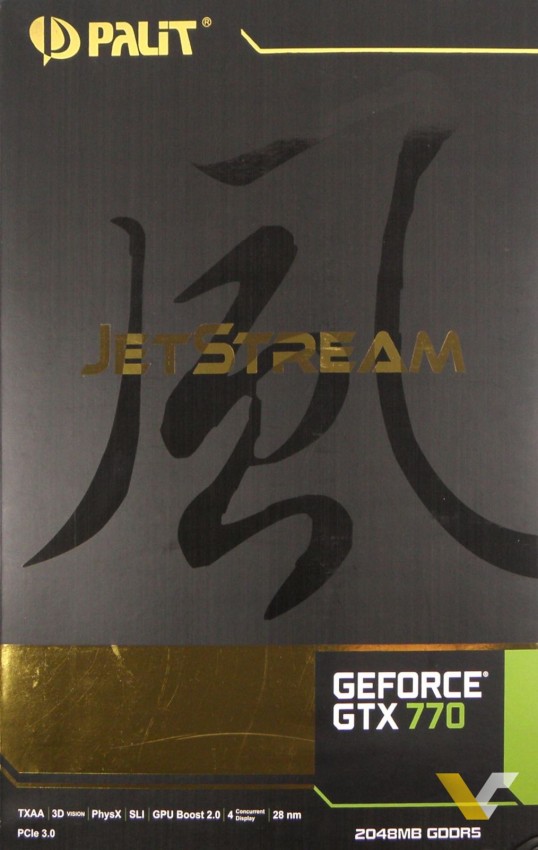 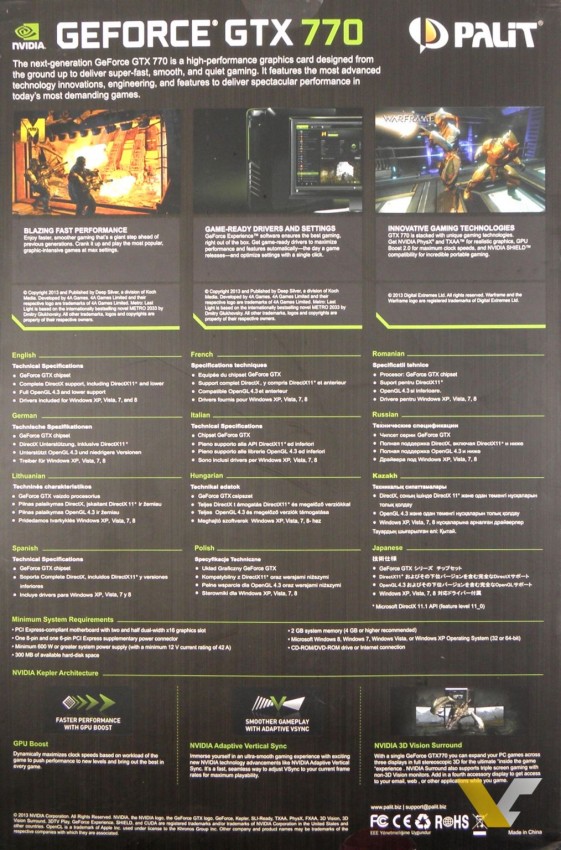