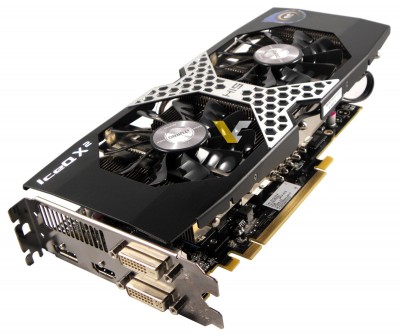 Radeon R9 285 is the first Tonga-based graphics card. AMD made quite an interesting decision to replace 384-bit Tahiti with 256-bit Tonga, a decision which has its pros and cons.

HIS Radeon R9 285 is a factory-overclocked solution. The frequency difference is not particularly high, we are only getting 20 MHz more than what reference model would give you. However AMD did not release any reference models this time, therefore an apples-to-apples comparison is not really an option. Some sites decided to downclock their models and test them against themselves at higher speeds. In this review all models are custom, so we are not going the same path.

The R9 285 features Tonga PRO processor equipped with 1792 Stream Cores, 112 Texture Mapping Units and 32 Raster Operating Units. This particular model has 2GB frame buffer, but there are 4GB solutions if you really need them.

Tonga-based graphics cards are the newest addition to Radeon family. Since Tonga is based on the same GCN IP level as upcoming flagship GPU: Fiji, these cards are essentially a teaser to what is coming from AMD in the next few months.

A year ago AMD announced its Radeon R9 290(X) series, which were based on Hawaii silicon. At the time nothing except Hawaii and Bonaire was considered new, as most cards in the lineup were based on Tahiti, Pitcairn and Cape Verde.

Last month AMD has been in the news thanks it’s special event Celebrating 30 Years of Graphics and Gaming at AMD”, where The Red Team introduced Tonga GPU, along with a new Never Settle bundle program.

Tonga is essentially a cut-down Hawaii in upper mid-range segment. However, not only does it offer the same technology as it’s bigger brother, but it also brings more to the list of exclusive features of GCN architecture.

HIS has two R9 285 models in the offer, the mini-ITX version and the IceQX2, which is the subject of this review. Performance wise, you would probably want the latter, as it offers more efficient cooling and higher clocks, but if you are building HTPC, mini-ITX will fit perfectly.

Tonga is based on the latest iteration of the Graphics Core Next architecture. Radeon R9 285 supports Mantle and DirectX 12 APIs, Eyefinity, TrueAudio, XDMA Crossfire and FreeSync.

Since Tahiti was released, Graphics Core Next has gone through two major updates. The first update was brought by Bonaire (HD 7790). A few months later Hawaii processor was announced and AMD introduced new technologies. Features that are exclusive to Hawaii and Bonaire include TrueAudio, XDMA CrossFire and FreeSync support. GCN 1.1 also brought PowerTune enhancements.

Tonga inherits all features of GCN 1.1, including TrueAudio, Mantle or XDMA CrossFire. Tonga is also joining Bonaire and Hawaii with FreeSync support. On the lowest level, instruction set and work queues were improved.

HIS decided to join the dark force with its new black IceQ X2 cooling solution. Although this is just a matter of personal preference, black and silver scheme does look more visually appealing than the gold shroud known from previous R9 cards.

iTurbo – a special application that takes overclocking to the easiest possible level. You can choose from either Quieter, Cooler or Advanced mode. This utility gives you full control of the core and memory clock speeds. It also allows you adjust voltages if you wish.

HIS R9 285 is equipped with dual 6-pin PEG connectors, which theoretically give us 225 W of power. That’s 30W+ headroom for any overclocking. 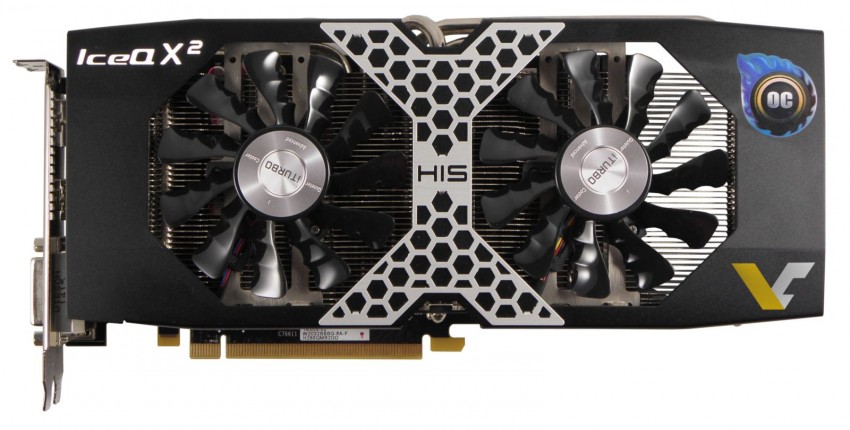 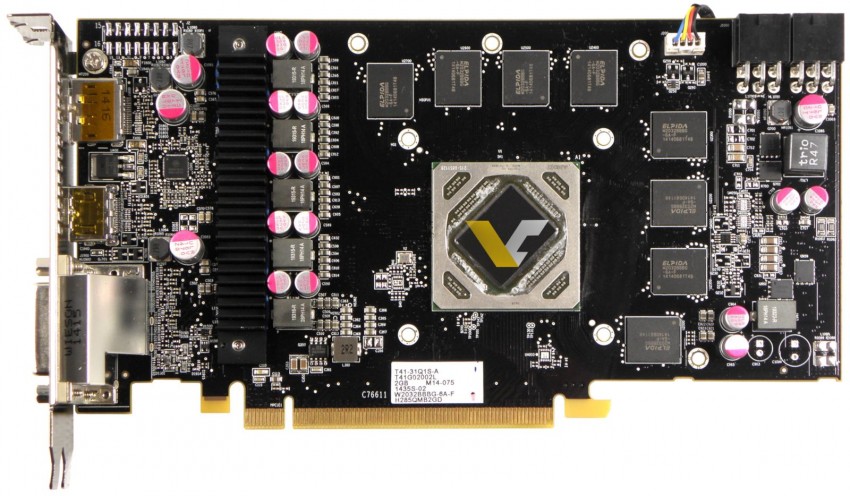 This is a standard Radeon R9 200 series box with specific icy theme. On the other side of the box you will find the list of important features, with a strong focus on Full Solid State Capacitors, IceXQ2 cooling, Mantle and newest GCN architecture. The bundle is rather modest, we received a small booklet with the driver CD, manual and HIS sticker. 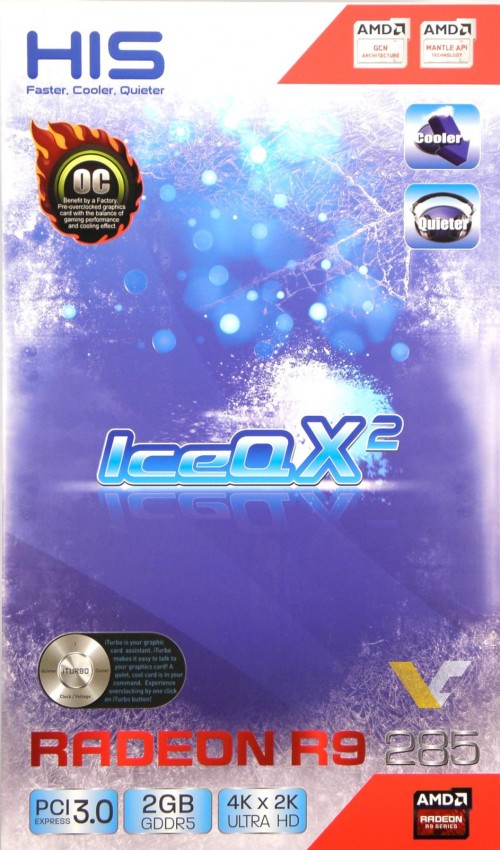 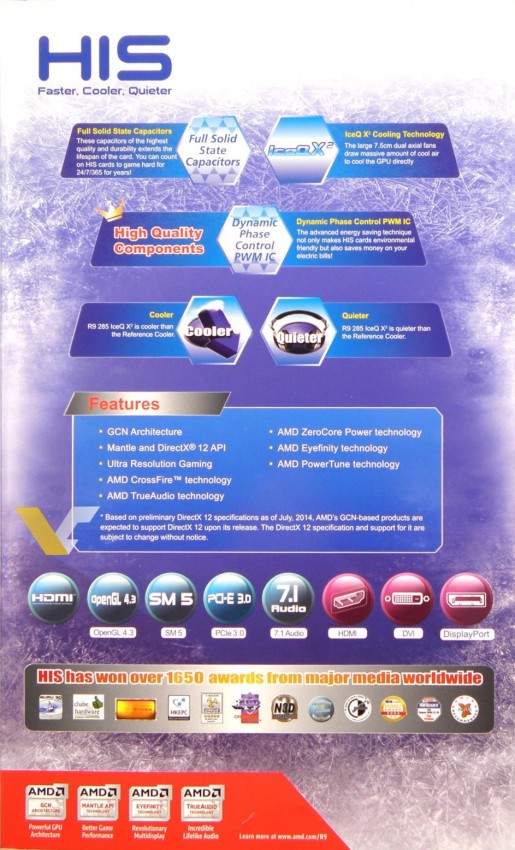 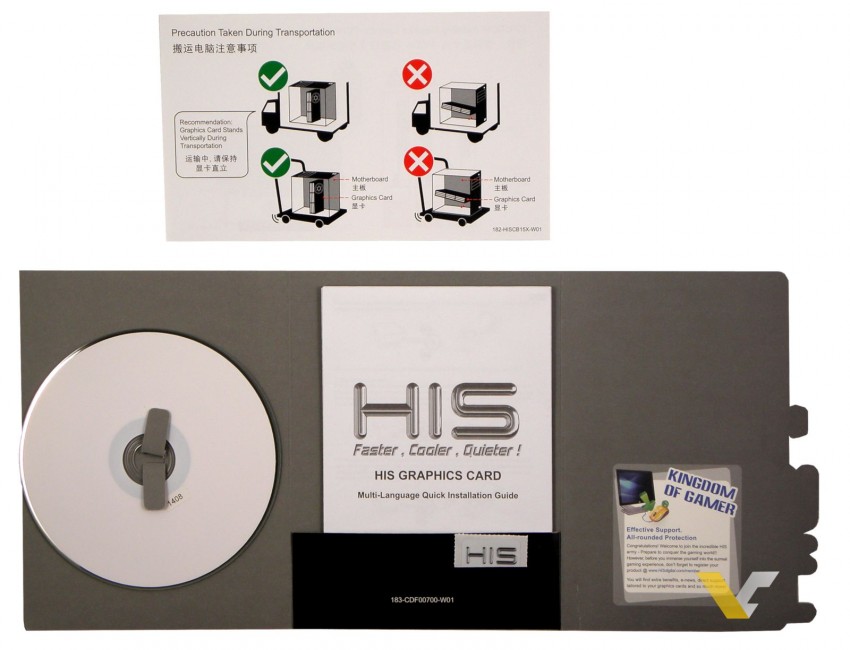