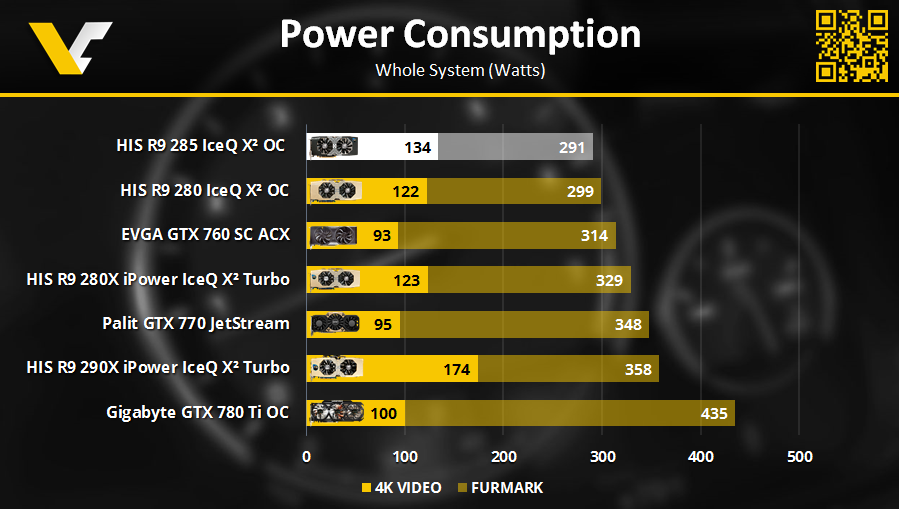 We are measuring full system power consumption. I decided to use 4K playback values instead of IDLE, because most of them were very close to each other. Radeon R9 285 has the lowest power requirement from all cards in this review. Interestingly though, during our 4K H.264 playback test R9 285 was consuming more than Tahiti-based R9 280. 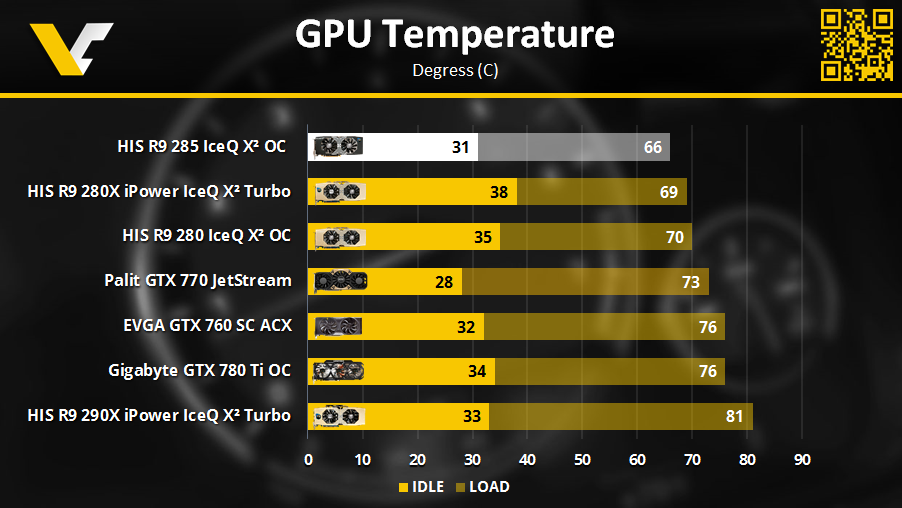 During our stress testing with FurMark we discovered that Radeon R9 285 never got beyond a temperature of 66C, which was quite interesting result. Palit GTX 770 has the highest RPM for idle state, thus the temperature does not exceed 28C. The card that had the highest temperature during FurMark test was R9 290X.