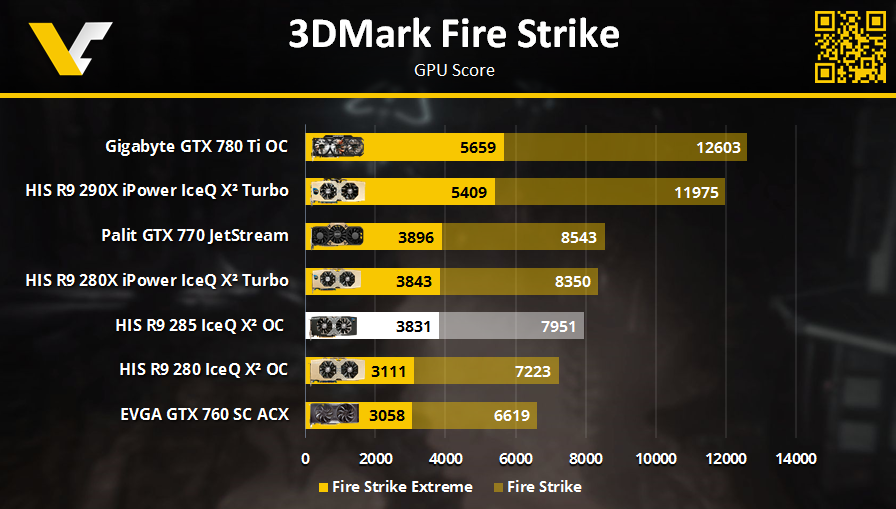 Gaming performance is just a part of determining how fast each graphics card is. 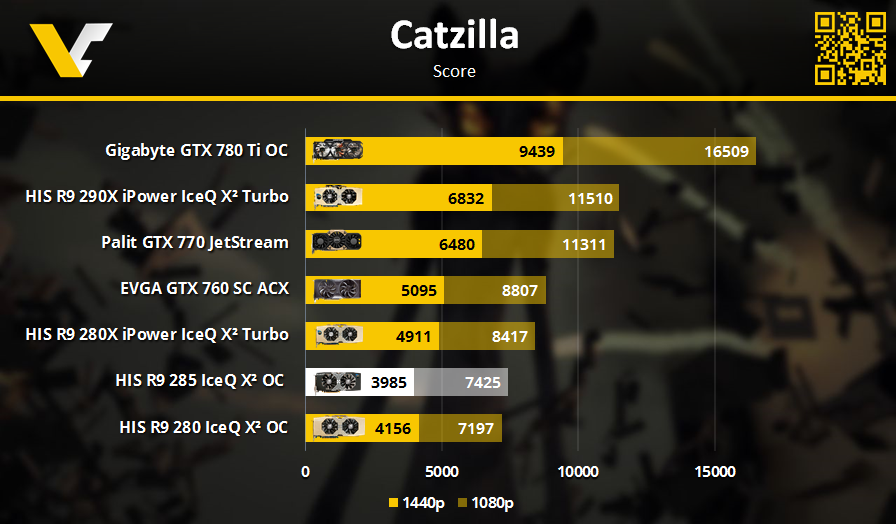 I found it rather surprising that GeForce GTX 780 Ti managed to score 40% more than R9 290X. Radeon R9 285 was the slowest card in 1440p benchmark. I think it’s quite obvious that Catzilla seems to favor NVIDIA hardware. There is no reason why GTX 760 would perform better than R9 280X. 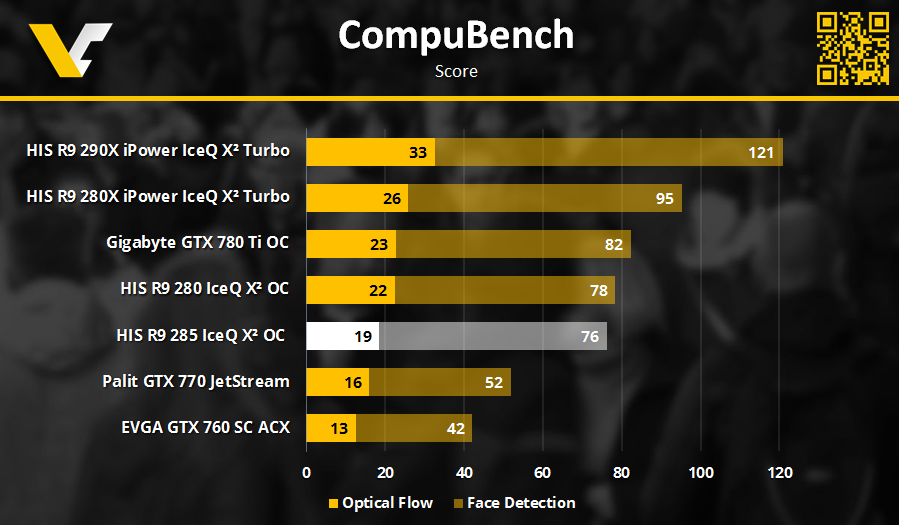 CompuBench is a OpenCL benchmark. Before 2nd Gen. Maxwell AMD had no trouble beating the competition. Both R9 290X and R9 280X are doing very good against GTX 780 Ti.