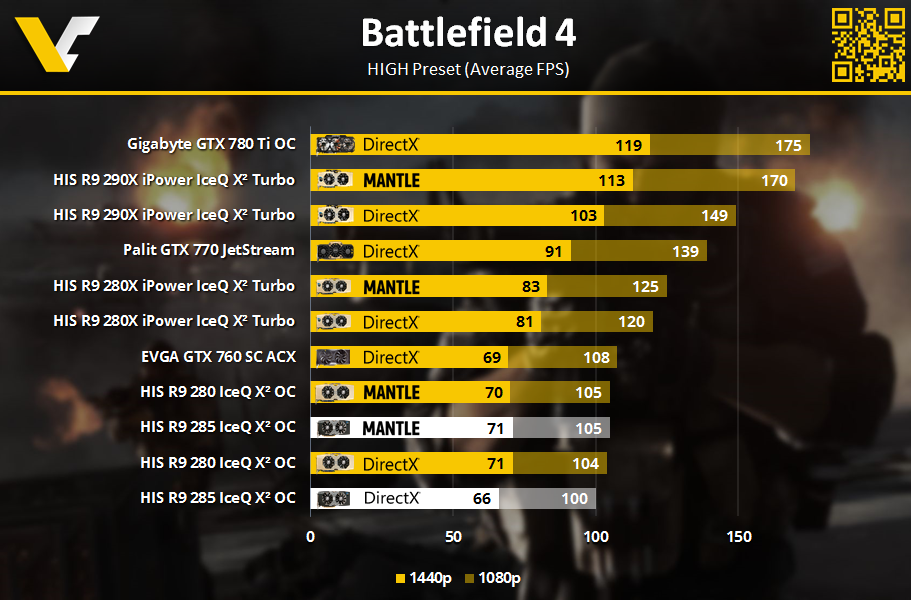 Finally we are taking a look at games with Mantle, which I grouped together.

If you happen to play Battlefield a lot, like me, then you should know that Ultra preset is not the best option for competitive gameplay, especially if you own just one GPU. That said I decided to test all cards against HIGH preset.

As it turns out, all cards are capable of delivering 60+ frame-rate, even at 1440p resolution. Mantle gave us just few percent better performance with mid-range cards, but as you know Mantle is aimed at rigs with worse CPUs, so we didn’t expect to see substantial increase. Interestingly, R9 290X managed to score 17% better average frame-rate when using Mantle. 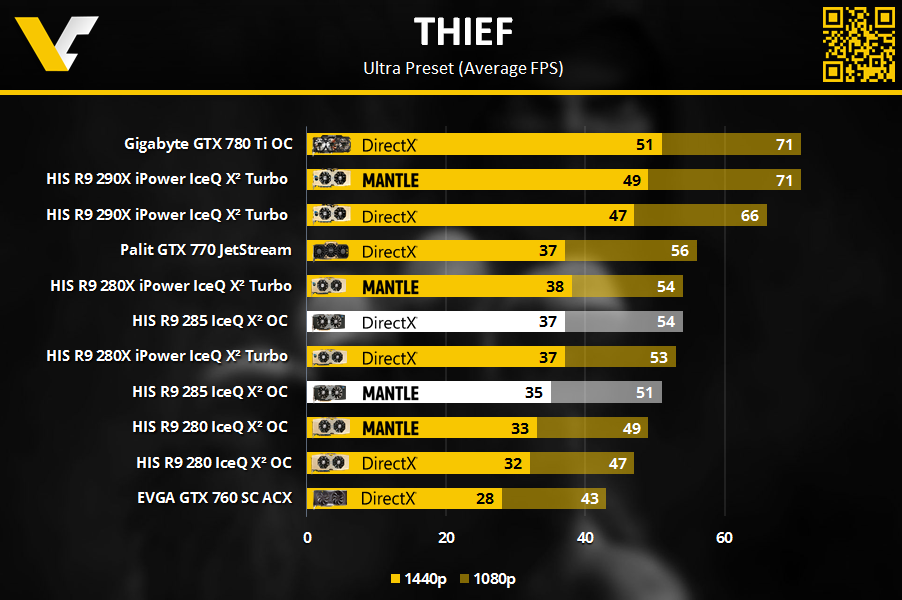 Surprisingly in THIEF Radeon R9 285 was performing worse with Mantle enabled. However, R9 285 is the only exception here, other R9 cards were performing better when Mantle was enabled. Unfortunately none of the cards in the test were able to offer stable 60+ performance at 1440p resolution. On the other hand only R9 280 and GTX 760 were struggling to deliver good performance at 1080p resolution. 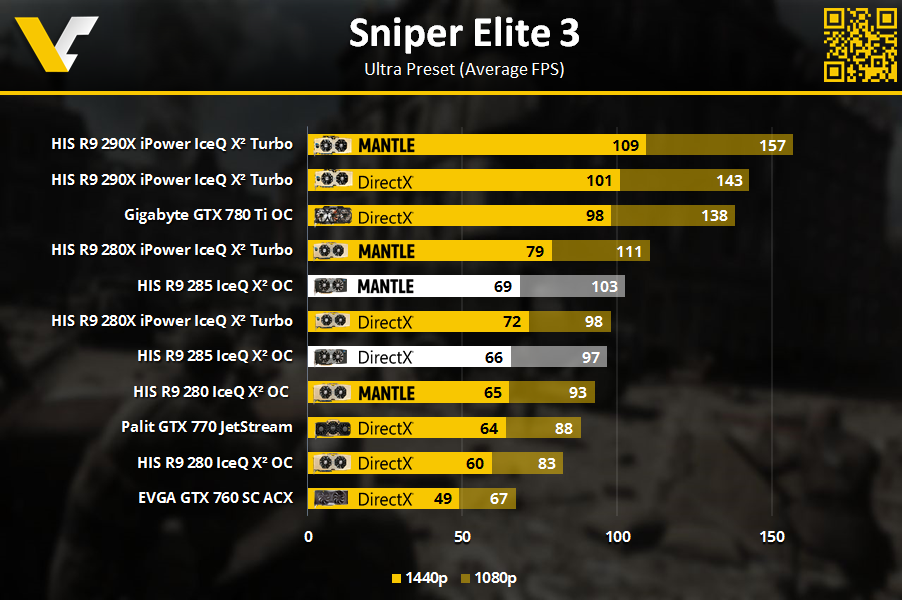 Originally I bought Sniper Elite 3 just to see how is Mantle doing in a third big title. I ended up playing this game for hours in solo survival mode, just because graphics are amazing. The cool thing about this game is that developers really focused on engine optimization. All cards except GTX 760 managed to pass our 60 FPS test. What’s more if you own Radeon graphics card, you can expect even better performance (something like 6-12%).