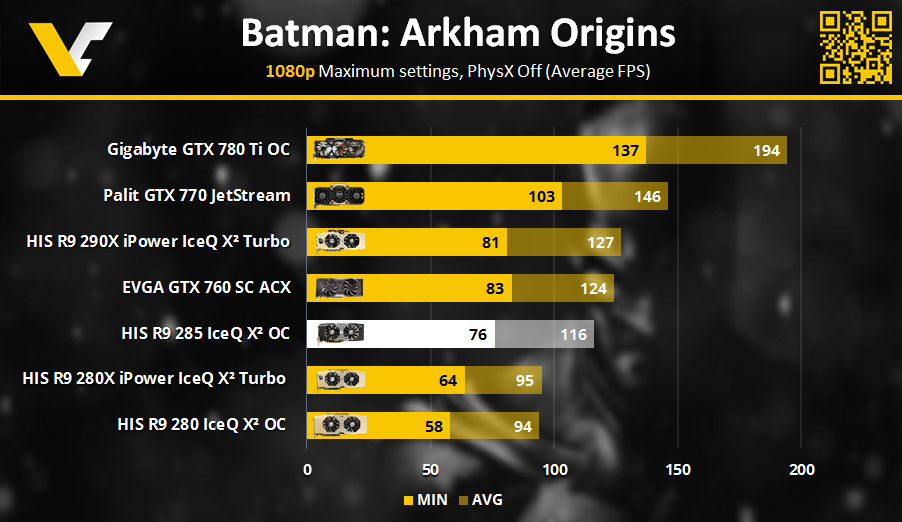 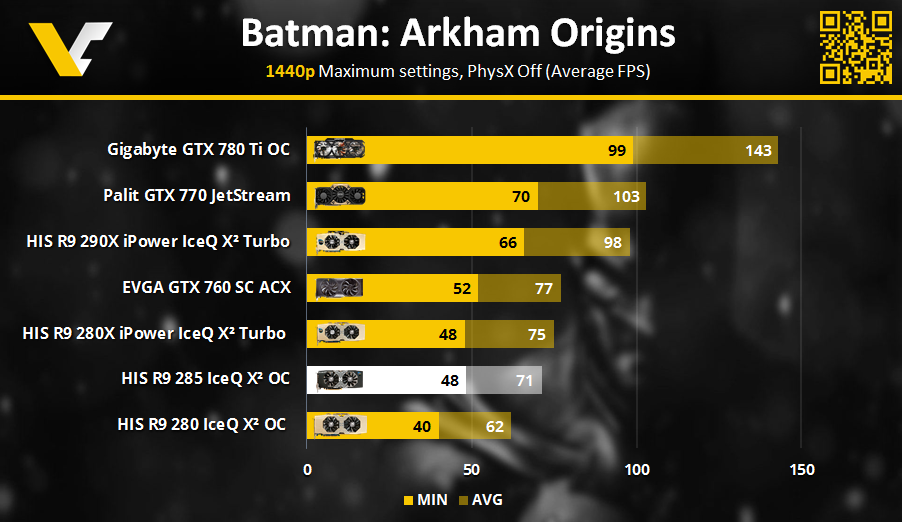 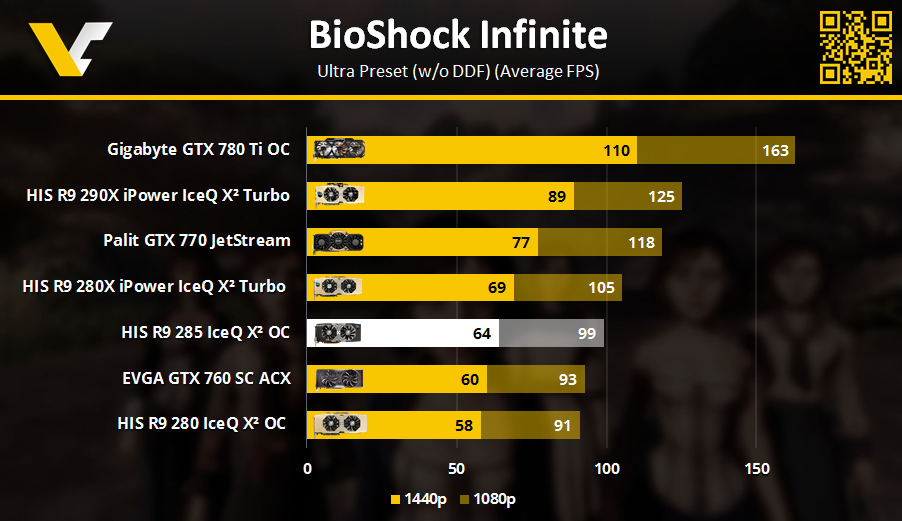 Due to inconsistent results of minimum framerates, we are only comparing average FPS at both resolutions. 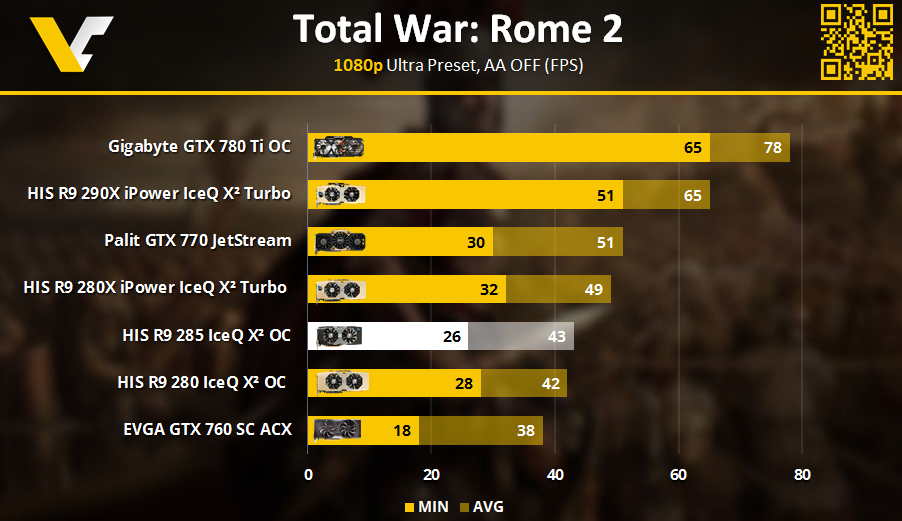 Total War Rome 2 is very demanding game. If you look closer at the results then you’ll notice that cards are being limited by a shorter bus and had trouble offering good frame rates during complex scenes, thus we see lower minimum framerate. Yet again, R9 285 was able to outperform GTX 760 and R9 280, although the difference was minimal. 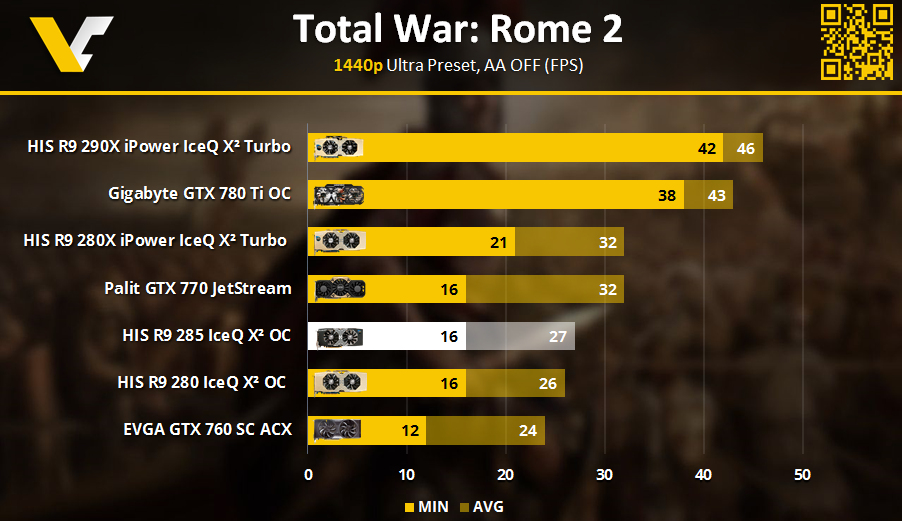 After changing the resolution to 2560×1440 we understand that this game is memory bandwidth dependent. High resolution textures require wide interface, that’s why R9 290X took the lead thanks to 512-bit interface, and R9 280X is offering better performance than GTX 770 this time. 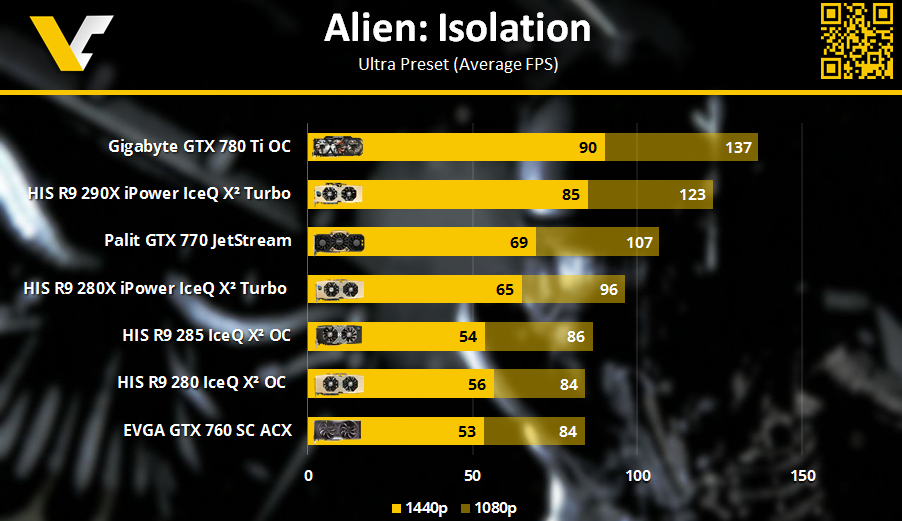 I decided to include this AMD Gaming Evolved game shortly before publishing this review. What’s worth nothing is that Alien: Isolation is not a very demanding title. You can enjoy very high framerates even with the slowest cards in this test. Since I mostly play with V-Sync enabled, it wouldn’t really matter to me which card to choose at 1080p. On the other hand at 1440p we can expect sub-60 performance from slower challengers, maybe not as smooth as we’d wish, but then again we can always lower graphics settings.