GALAX overclocking software is called Xtreme Tuner Plus. This tool controls every aspect of the graphics card, including RGB lighting, fan speeds, built-in OC profiles, and manual overclocking. The tool has recently been updated with GeForce RTX 30 series support. 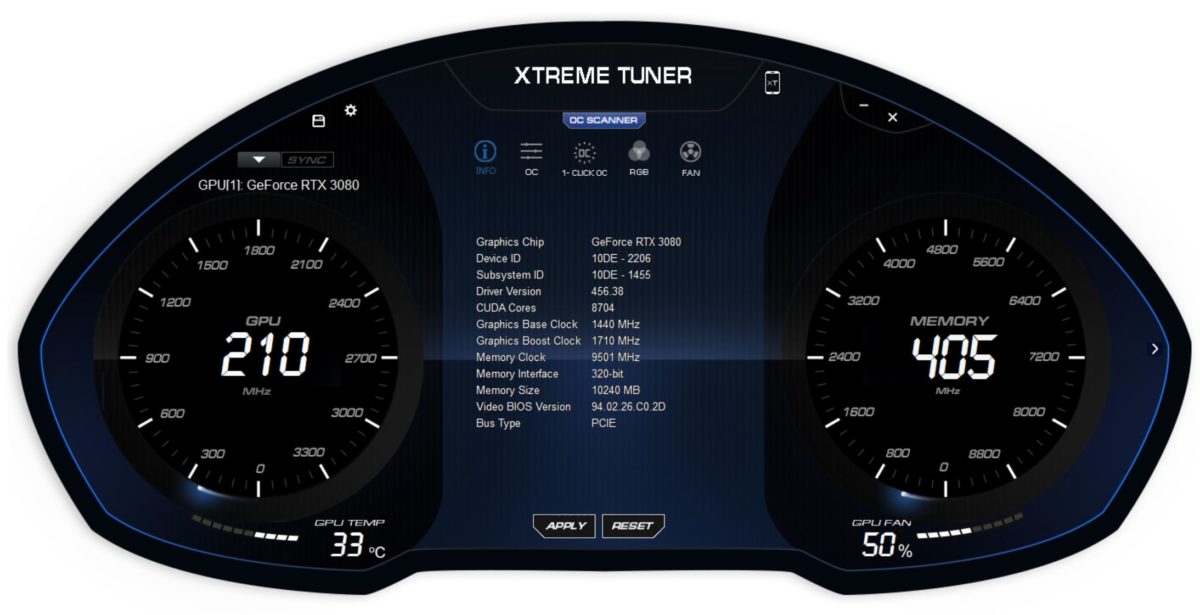 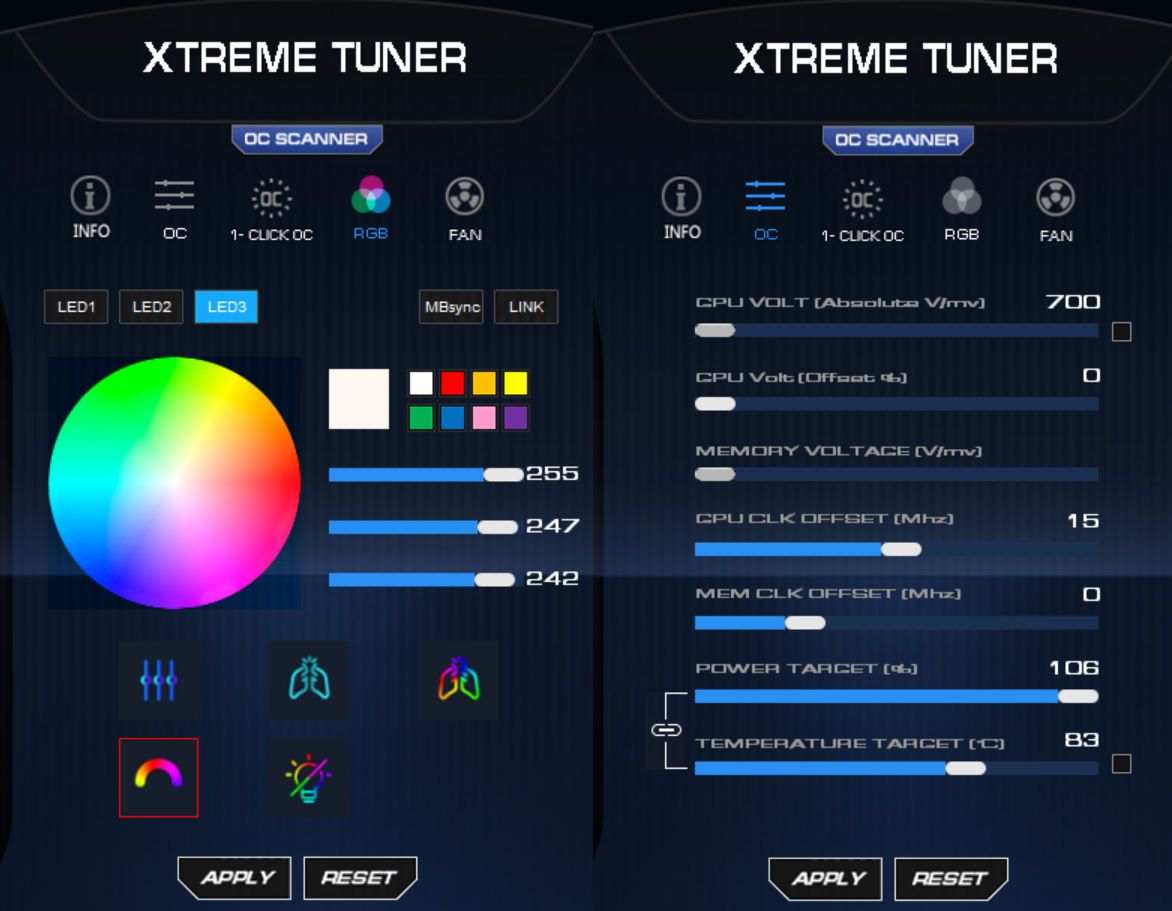 I have spent quite a bit of time overclocking this graphics card. After trying all possible options, including OC scanner, undervolting, and manual overclocking, we came up with a boost clock of 1800 MHz and a memory clock of 1269 MHz. Any further overclocking led to artifacts or unstable operation.

There is not much of a difference in gaming benchmarks, for instance, Division 2 only sees 1 FPS gain when applying manual overclock. Meanwhile, we gain 4 FPS in Cyberpunk 2077 at 4K and maximum available settings. 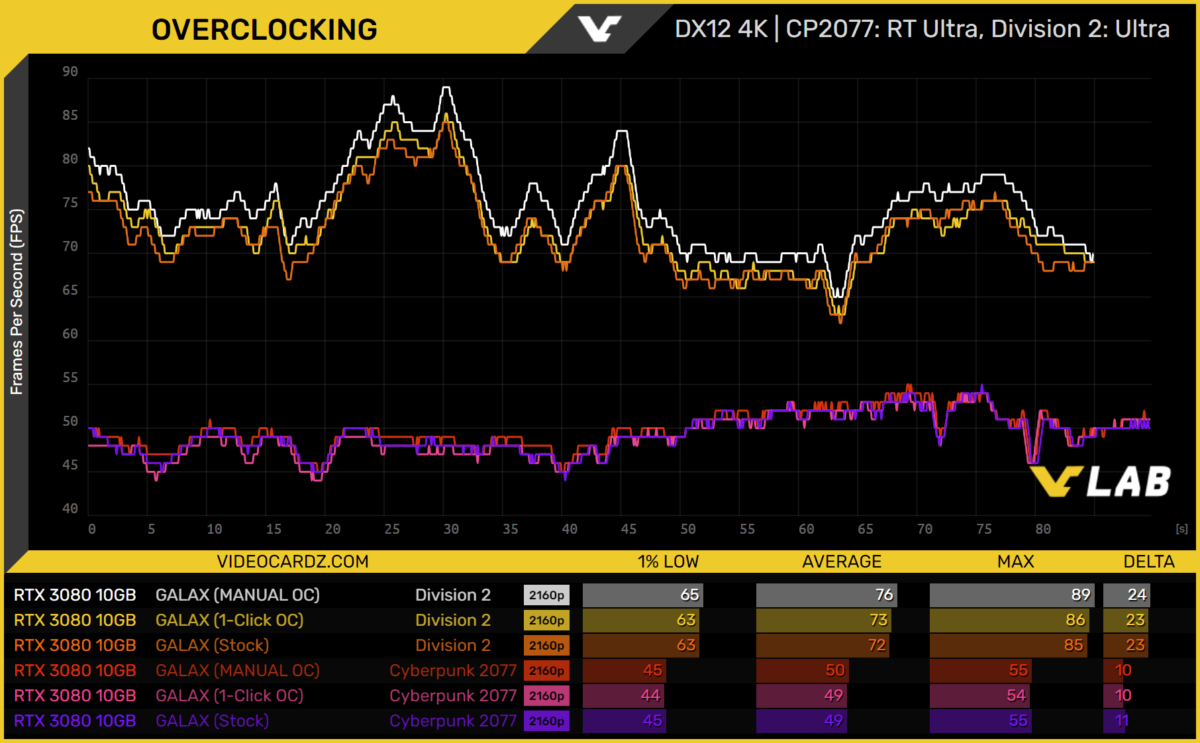 The actual clock speed of the 1-Click settings is actually lower on average. With manual overclocking the card gains 70 MHz compared to the stock settings. 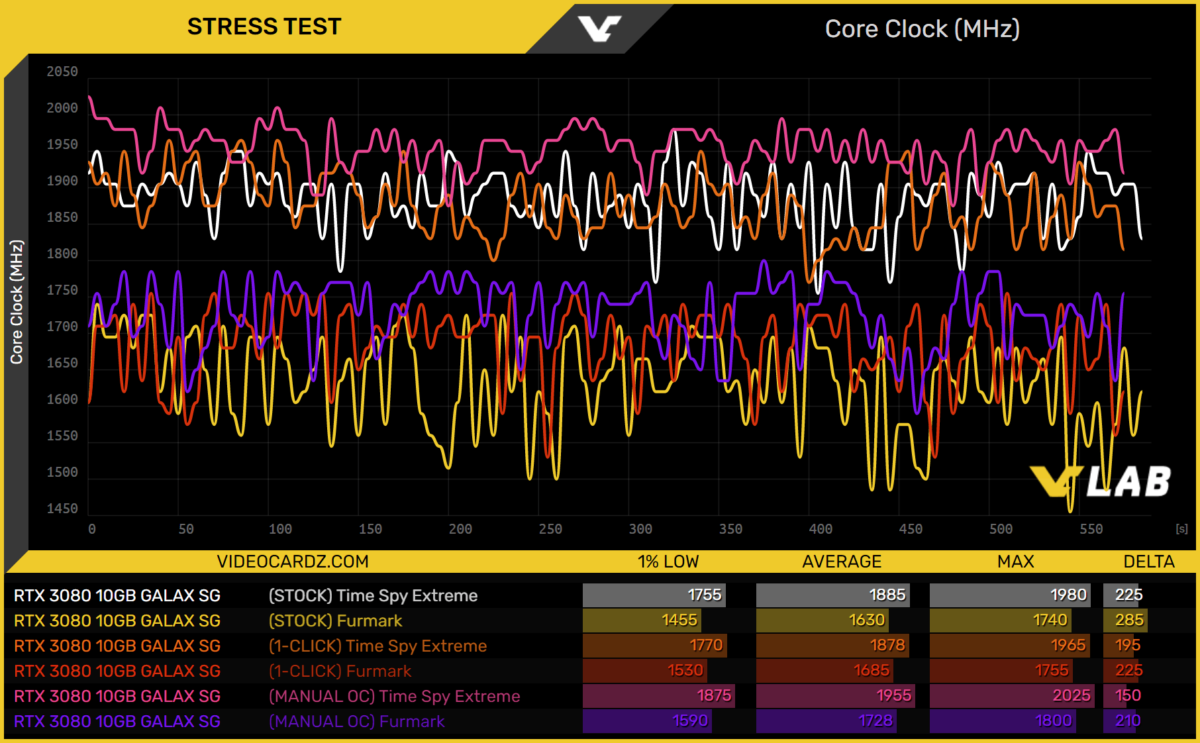 Manual overclocking requires a much more aggressive fan profile. The graphics card is more audible than stock settings. The fans feature 0dB technology meaning that they won’t spin unless the temperature reaches 50C but they will stop once the GPU reaches 40C. In daily use, the graphics card will constantly go through a cycle of fan spinning every 10 minutes or so, which might be a bit annoying. It was actually quite rare to see this card not being cooled by the fans, especially when doing work on two monitors. Galax could really work on their fan profiles, it would certainly give a better everyday experience. 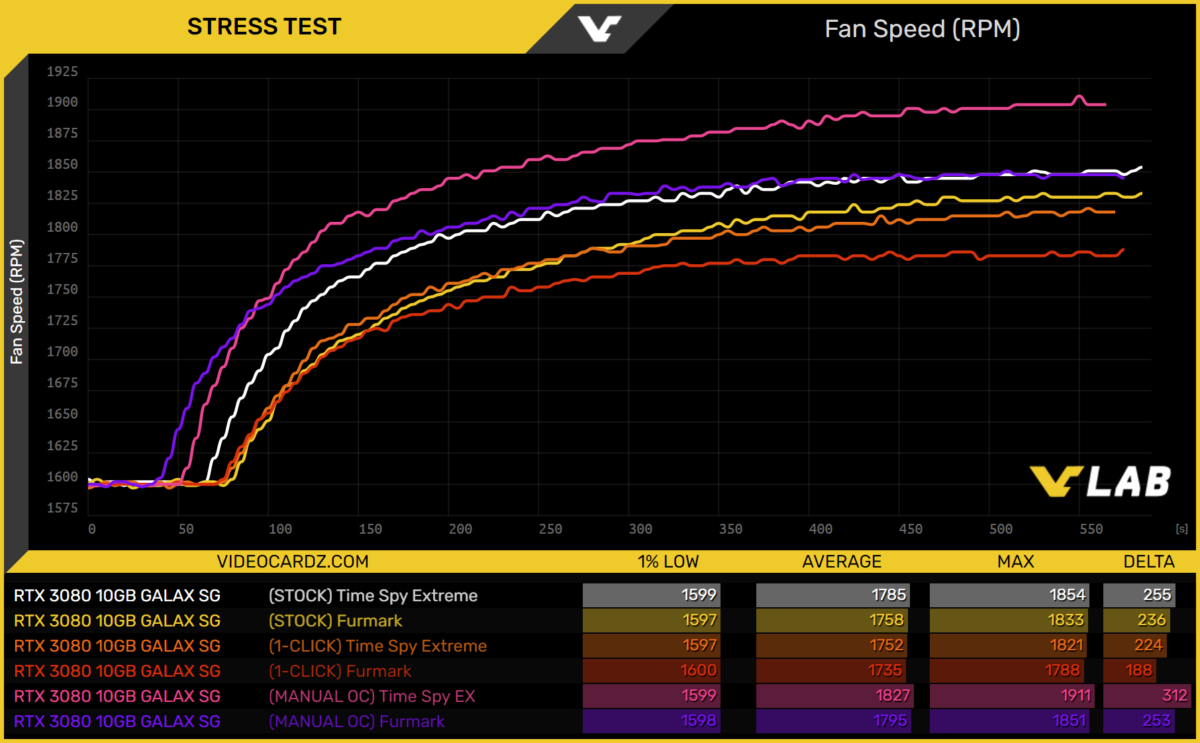 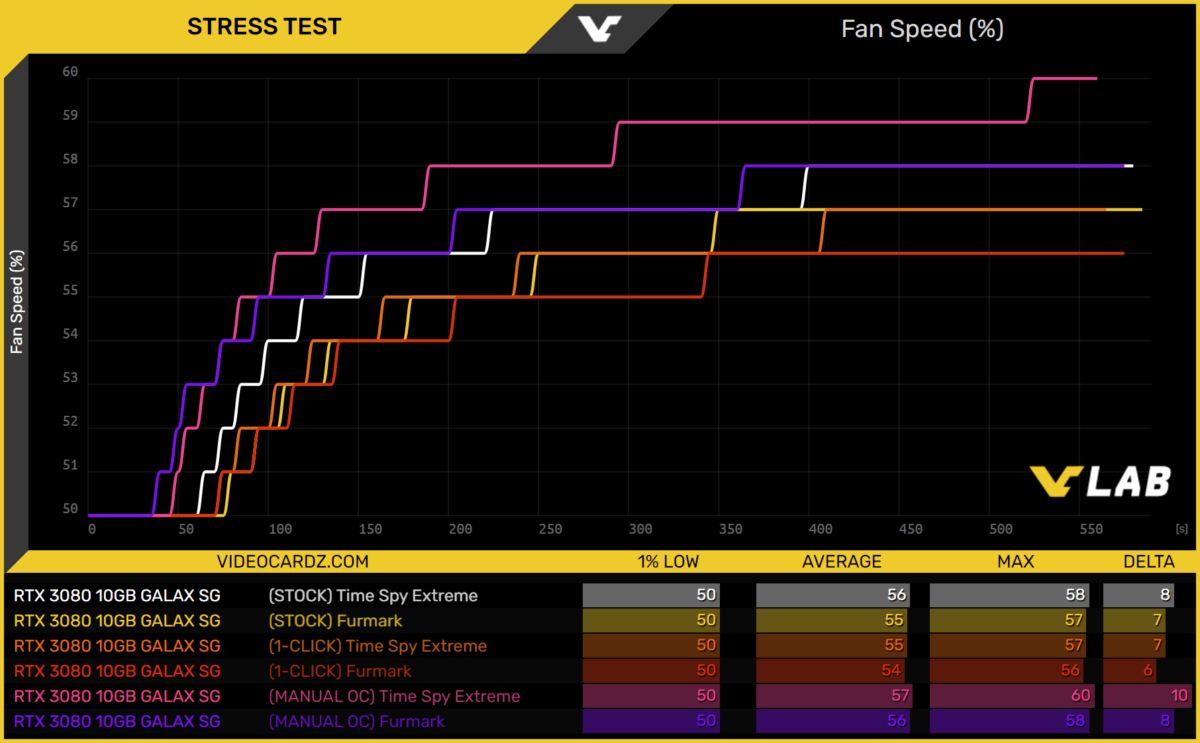 The first graph clearly shows how the card performs when idle. Once the temperature rises to 50C, the fans kick-off and the process repeats itself. We have been using automatic fan profiles for all overclocking presets and it appears that the fans were able to keep the card from reaching 70C throughout our 15min stress testing. 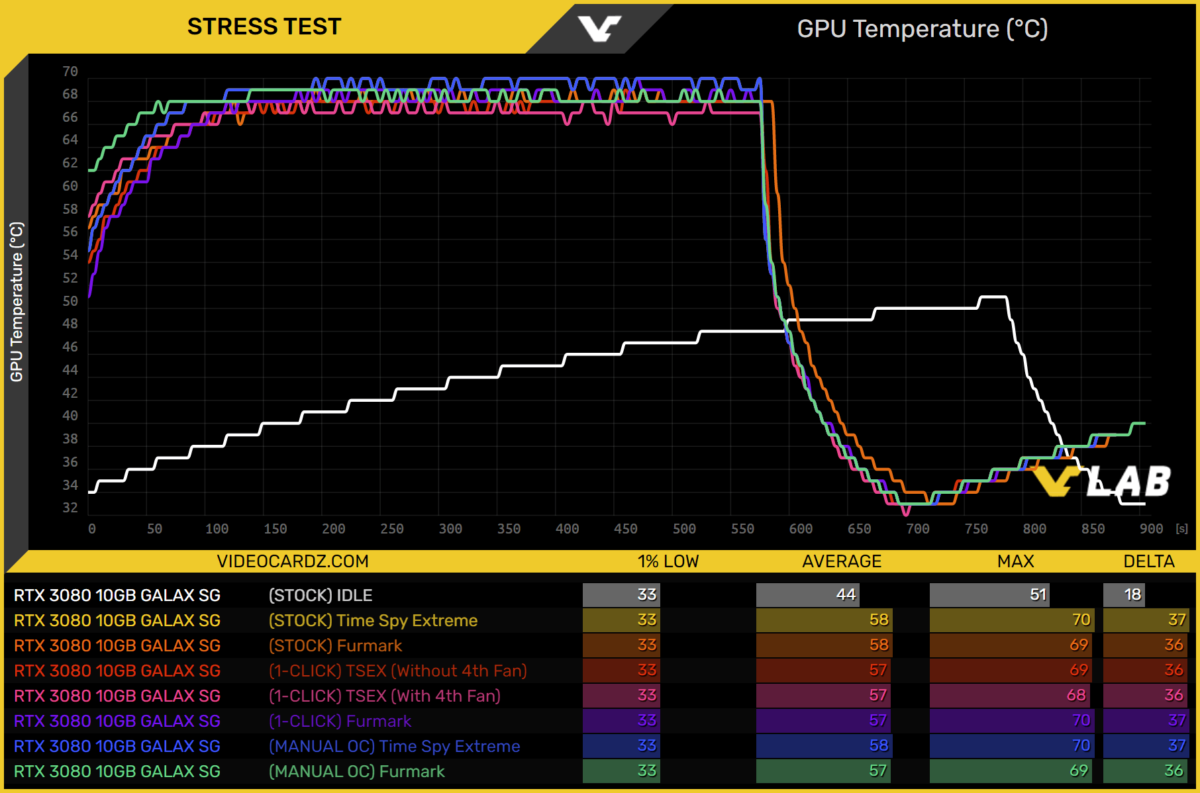 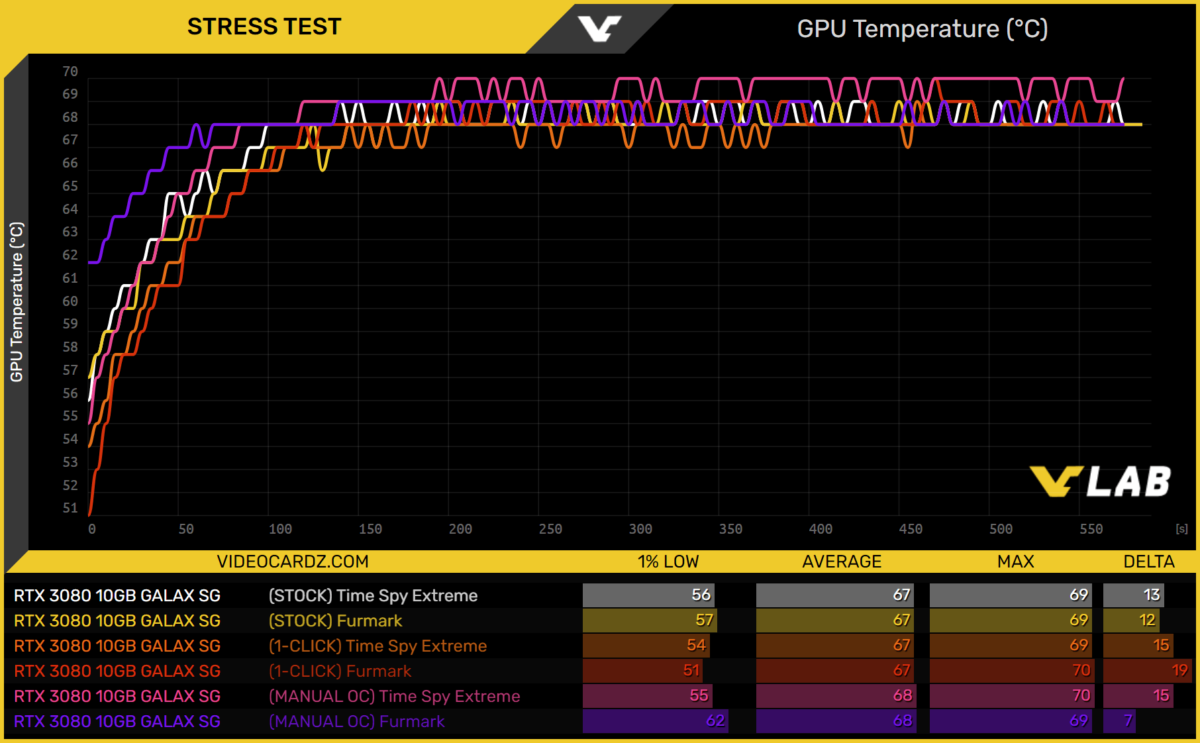 NVIDIA Founders Edition of the RTX 3080 has a much higher TDP limit of 370W. This severely limits overclocking on this graphic card.

We measured power consumption with Afterburner, which is not the best tool for the job, but the idea here is to show you the difference between GPU profiles. Only with manual overclocking, we are able to surpass the average of 338W. The GPU sees spikes in power consumption, especially when using Furmark. 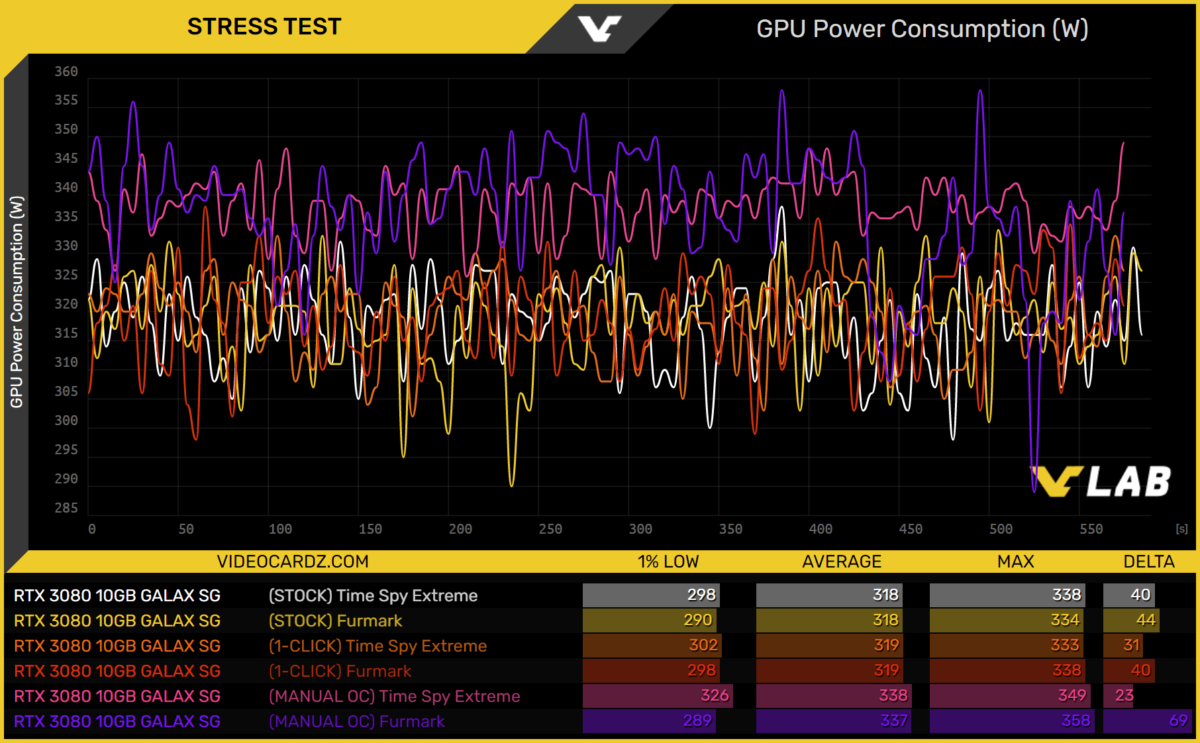