Throughout the whole 10 minute test, the clock speed of overclocked KUDAN has not changed one bit. That’s an average of 69 MHz boost over Turbo mode with water cooling attached to the card. That’s also roughly +278 MHz overclocking compared to Founders Edition. 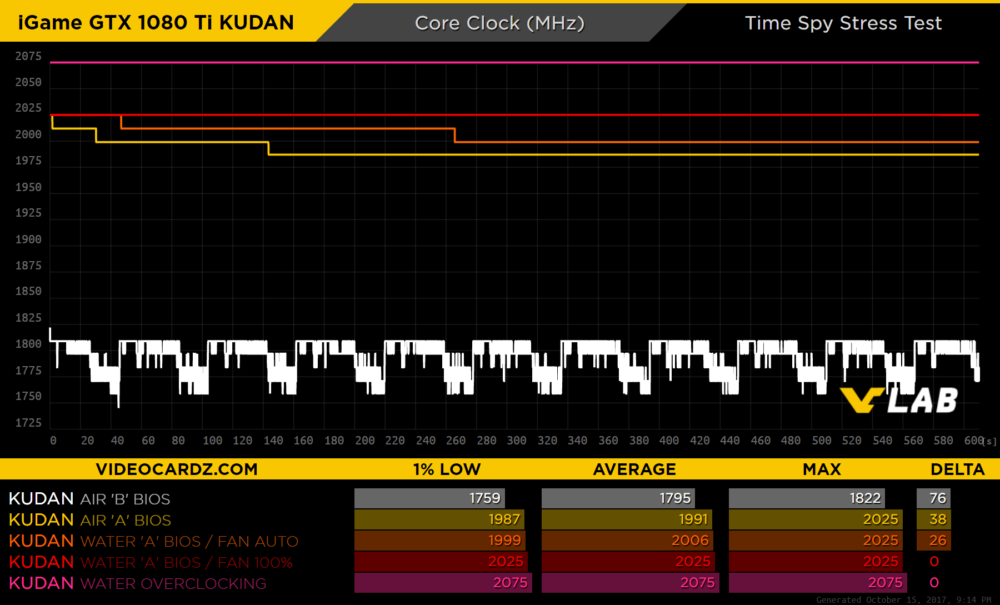 In games we are only looking at stock performance (with water cooling). The nature of benchmarks is that they are rather short and repetitive, so the clock speed is not always represented properly. However, in 1-minute benchmark the clock speed should not drop under 2 GHz. 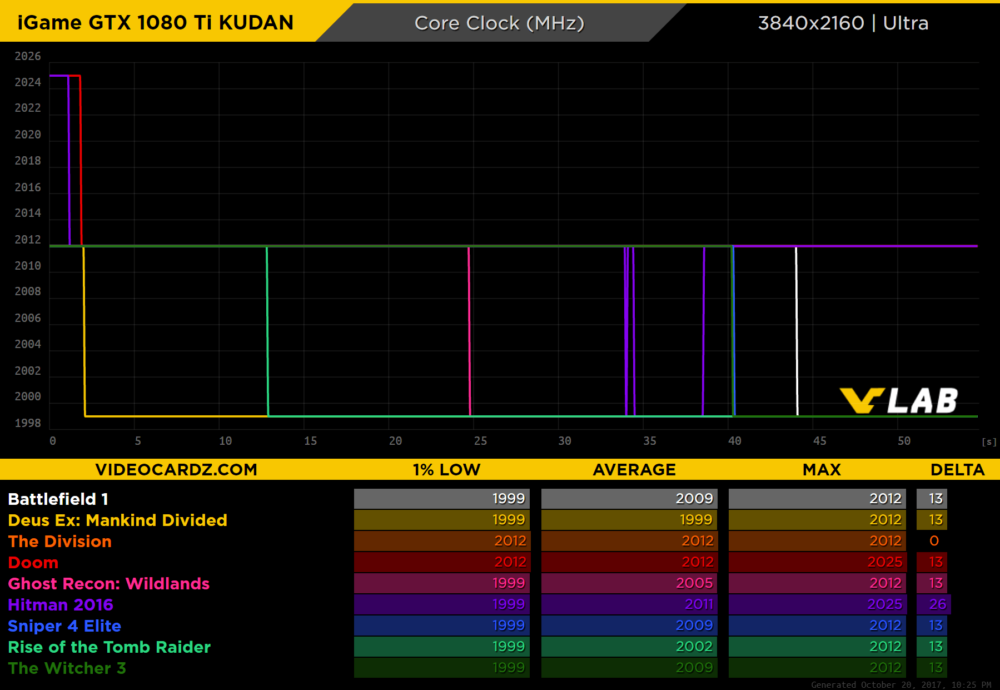 Before we get into temperature analysis it is important to mention how fast were the fans spinning. Few configurations were tested: 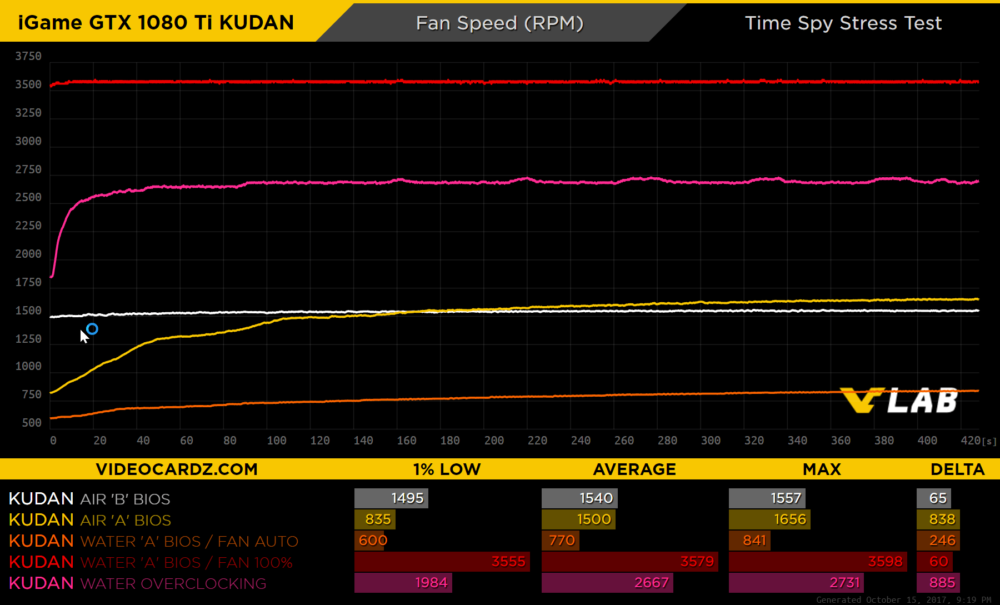