KUDAN is an exceptional card for many reasons. This model comes out of the box with clock speeds that are often out of reach for other custom models with overclocking. A high binning process means that only few GPUs out of hundreds will be chosen for KUDAN.

To give you some perspective, head on to our colleagues at TechPowerUP who provided a chart with their overclocking results for various GTX 1080 Ti models.

Based on those results, an average of 2042 MHz core clock is to be expected from overclocked GTX 1080 Ti. If we are lucky, memory should reach 1513 MHz with ease.

Long story short, we were able to reach a stable 2075 MHz core clock. Bear in mind this is a frequency after 10-minute stress testing. Of course, it will depend on a workload. In other tests (such as games) the clock speed often dropped to 2063 MHz. It is also worth noting that we recently switched to Time Spy Stress Test, because it was proven to be more demanding than Fire Strike Stress Test. Basically, if any graphics card could survive 10 minutes of Time Spy, it would survive any other workload.

The configuration that we used in our overclocking tests follows: 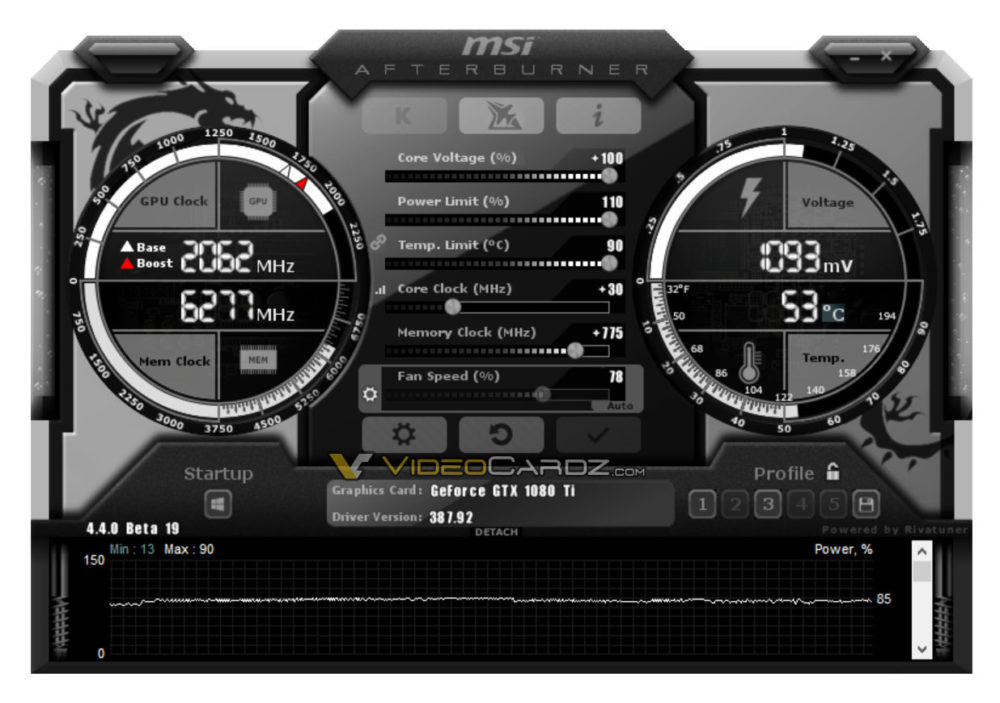 Since I’m often asked what fan profiles am I using for my overclocking, the answer is: it depends. Every review is different, every fan works differently. For instance, KUDAN has two coolers, it’s a hybrid card after all. We can focus on one cooling method, or we can bump the speed of both. We can also leave them on default settings. Here you can see the triple-fan cooler and pump+radiator fan profiles that we used for overclocking:

This is the first time I reached 1800 MHz boost clock with GTX 1080 Ti graphics card: 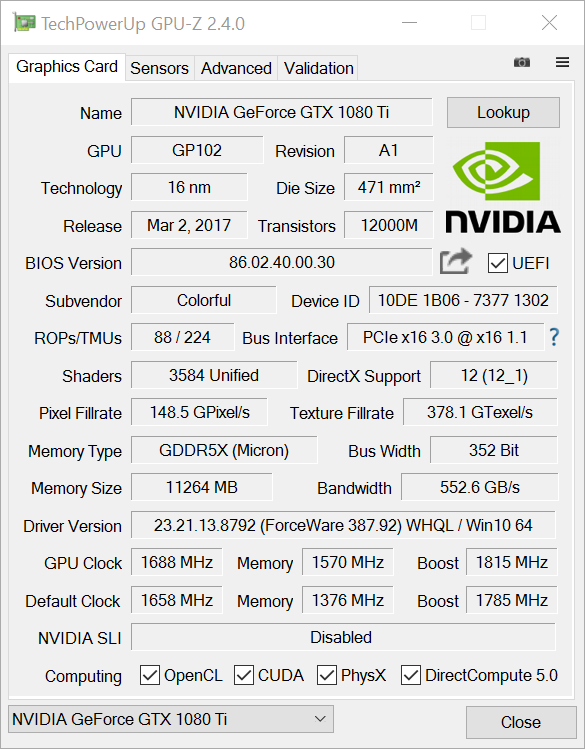 Few more words about power limits. The card ships with 80W higher TDP out of the box. By increasing the power limit to 110% we add another 33W. The highest TDP is therefore 363W.

Overclocking gain is around 4-7% over Turbo mode and 10-12% over reference-clocked KUDAN. 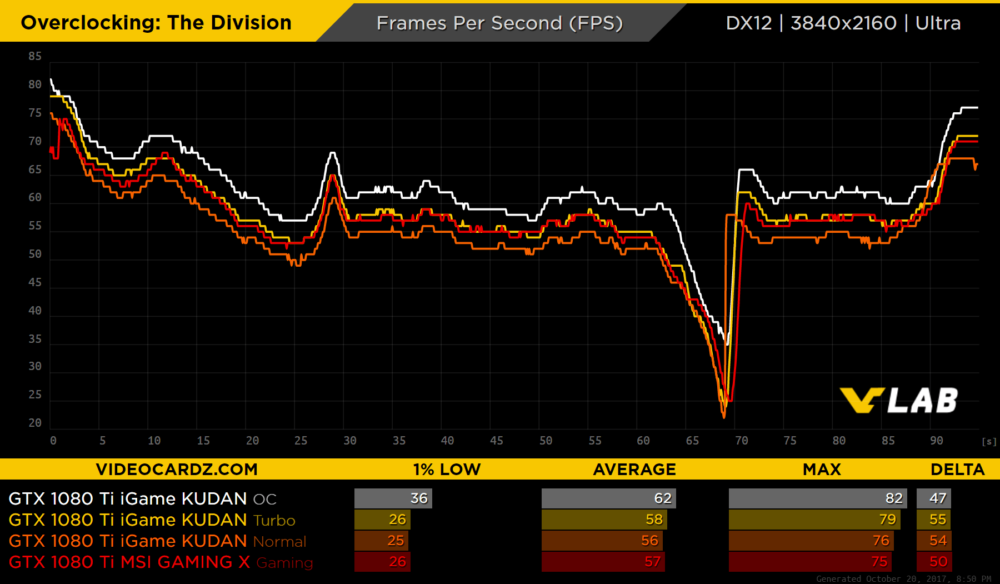 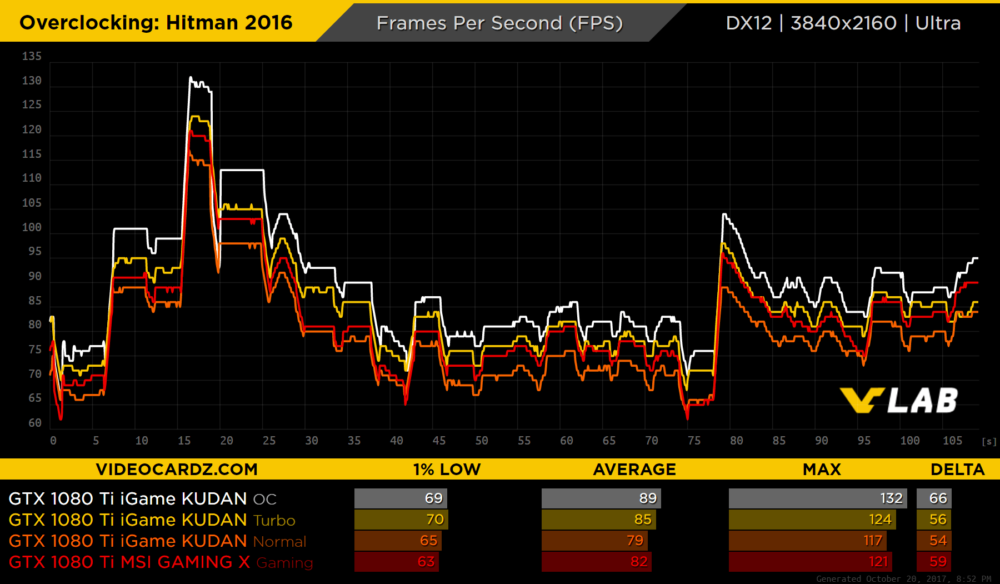