The iGameCenter is a tool for monitoring, overclocking and controlling the graphics card. The software has seen a major redesign over the past few years and it appears to work smoother and require less memory than previous releases.

The software has four tabs: monitoring (data), control (RGB, LCD, overclocking), system RGB control, and another tab for monitoring, but only for the graphs. 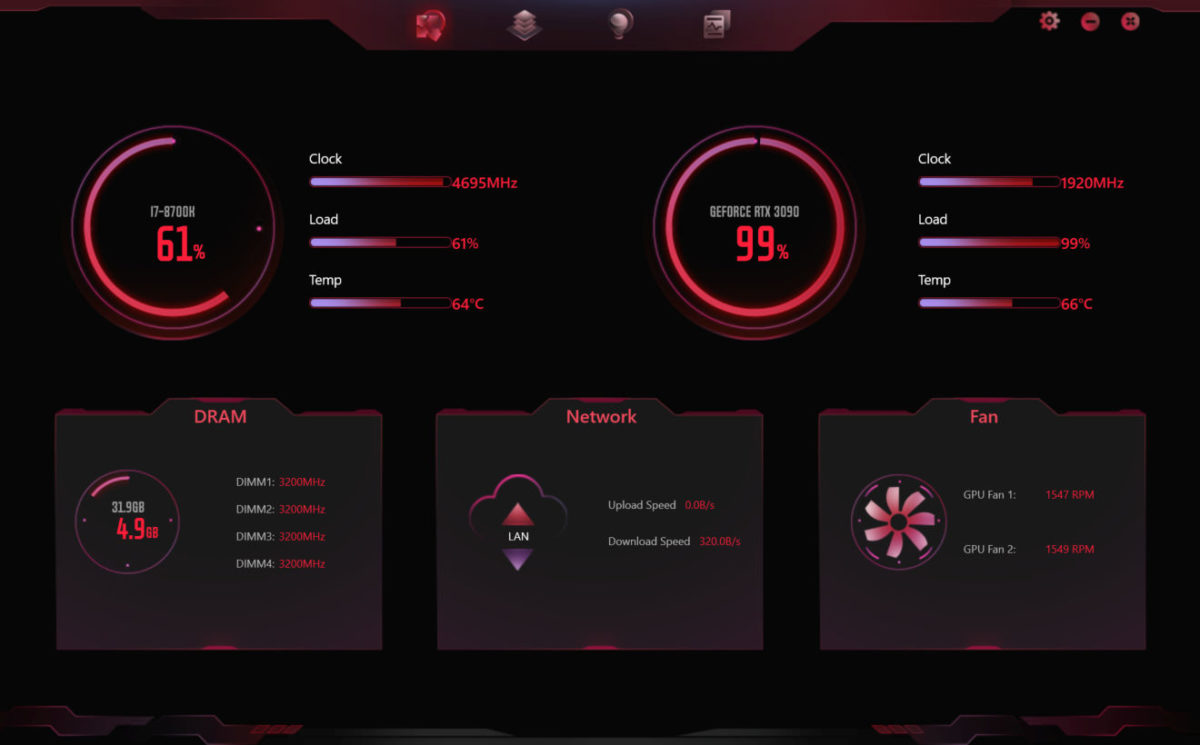 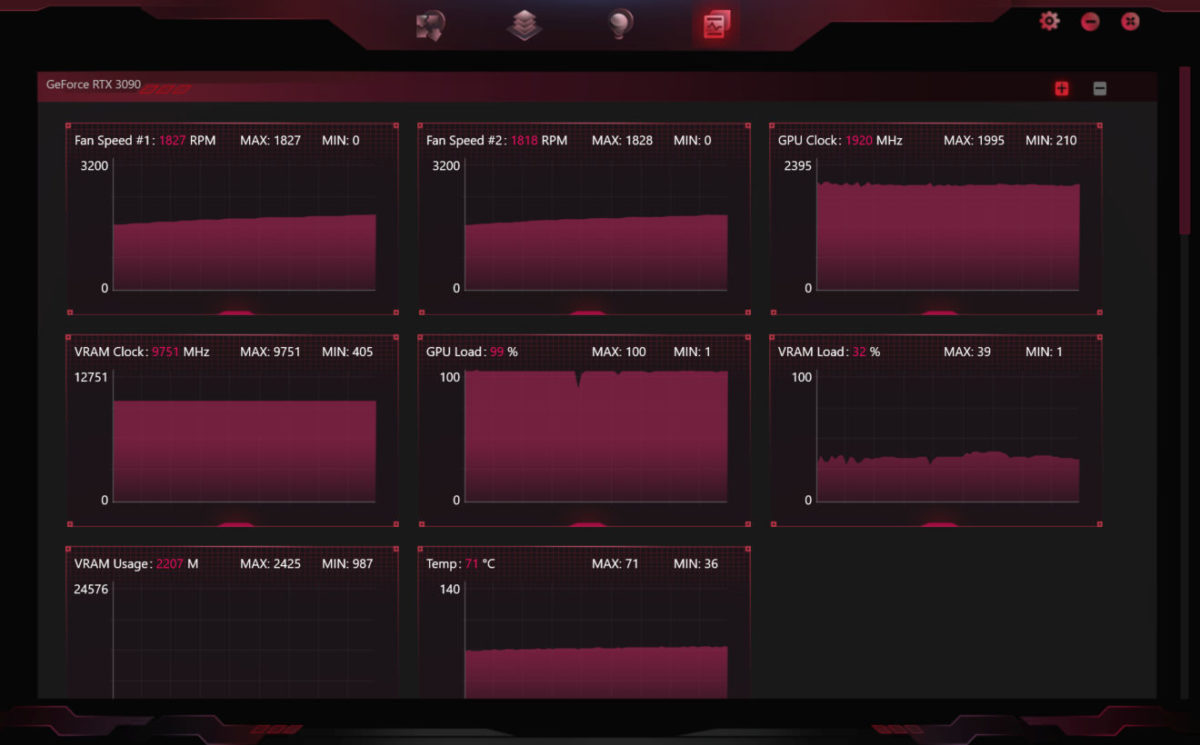 The LCD control takes some time to get used to. It is actually possible to display two metrics at the same time, but that means no time-based graphs will be shown. As mentioned earlier the graphs have a wrong scale, for instance, the GPU clock will only fill half of the graph. The switch time set to 10 seconds is just too short for any graphs, so consider changing that to 30 or 60 seconds. Most users will probably end up using a dual-screen display feature, which allows two metrics to be shown next to each other. Others will definitely have fun experimenting with the animated GIF uploads (which require a direct USB connection). 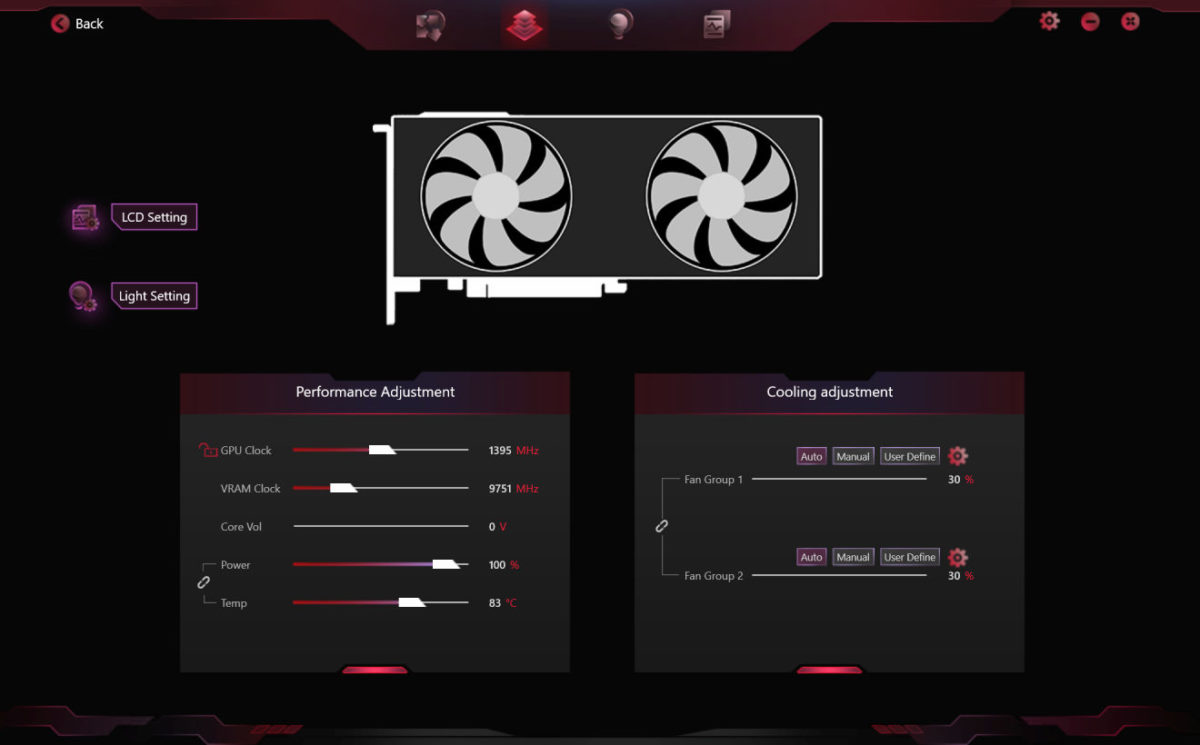 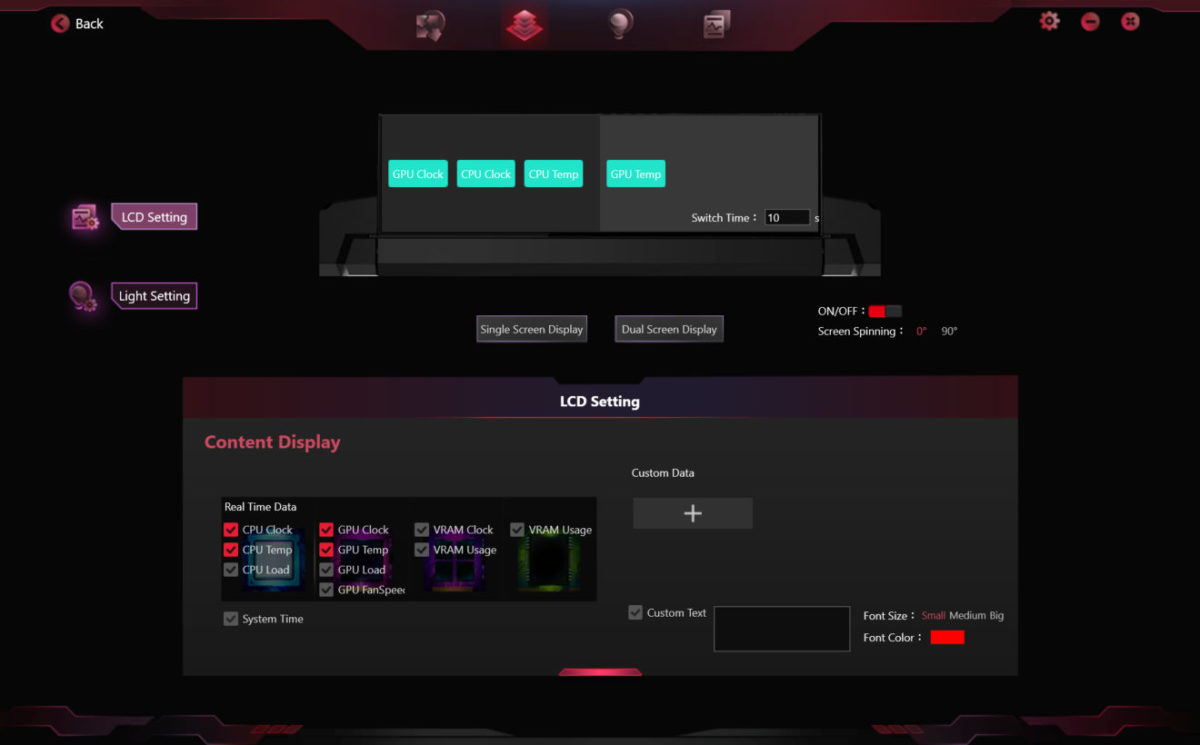 After trying both manual and automatic (OC scanner) overclocking features we came up with the stable clock increase of 100 MHz, power limit at 107% (420W), and memory overclocking at 1100 MHz. Fans were set to automatic.

With overclocking applied we increased maximum theoretical single-precision compute performance from 35.6 TFLOPS to 39.6 TFLOPS. The memory speed has been increased to 1356 MHz, which is an equivalent of 21.7 Gbps, way above the specs. This means that the maximum bandwidth has exceeded the 1 TB/s mark and is expected to be around 1041.6 GB/s. 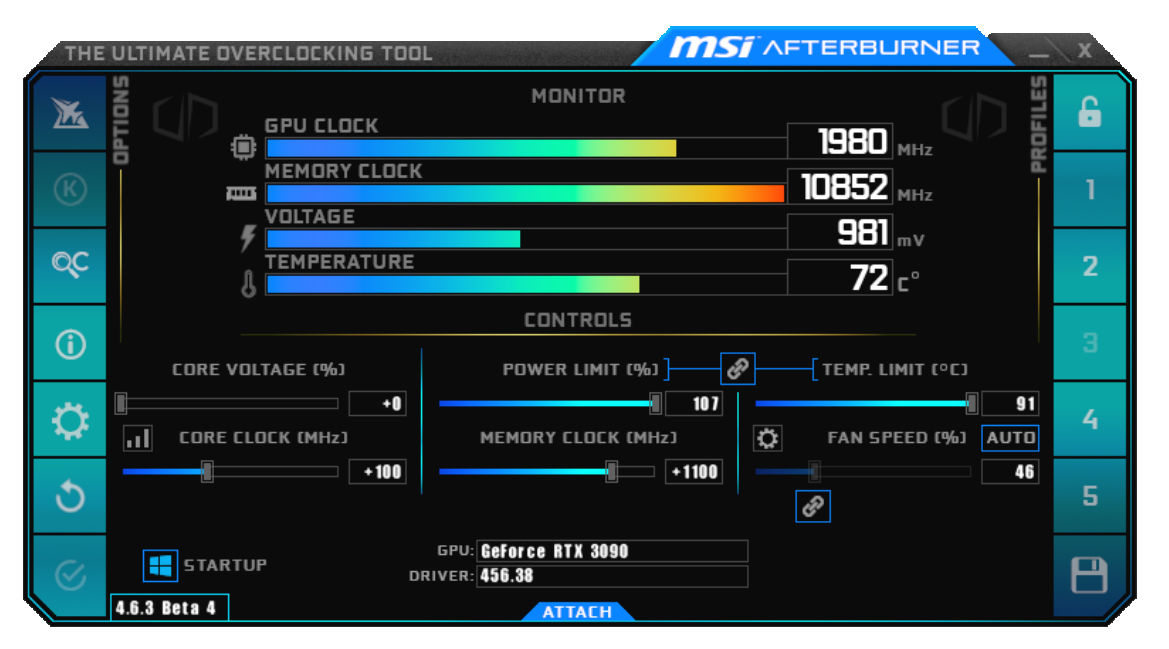 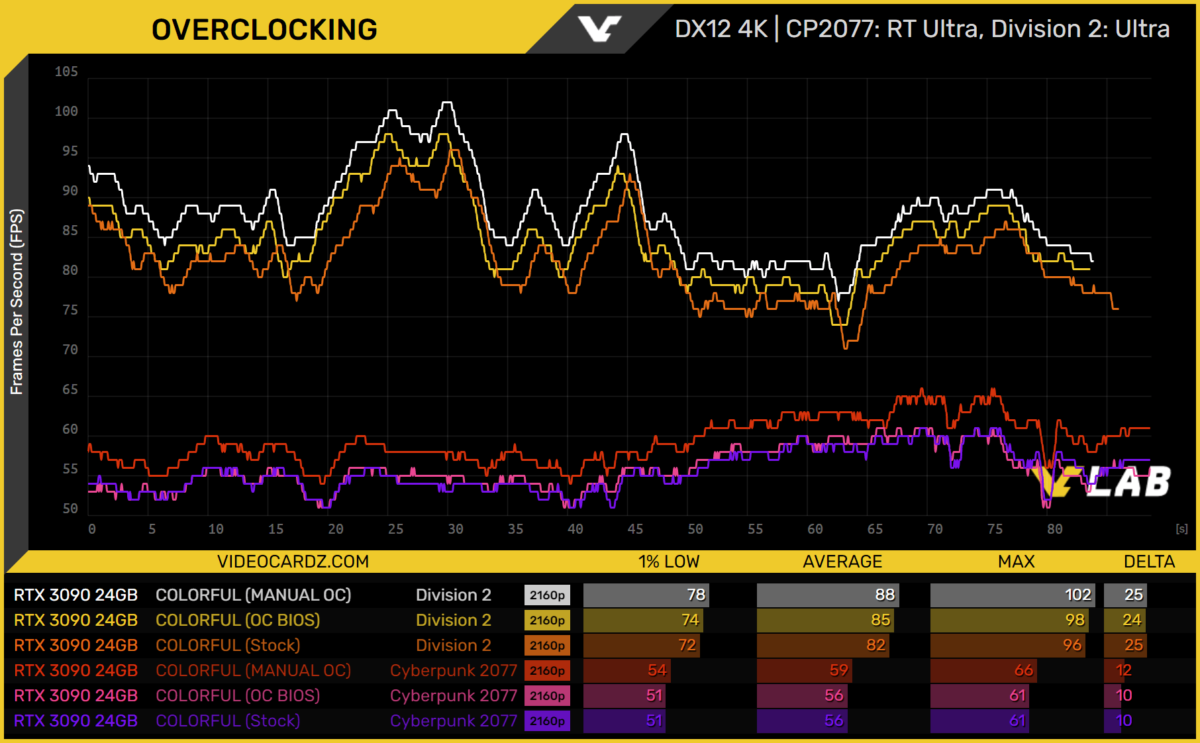 The performance boost comes mostly from the higher clock speeds and power limits. At stock, the graphics card appears to hover at around 1.8 GHz, while the built-in OC BIOS increases the frequency to 1867 MHz. Manual overclocking provides additional 83 MHz on average compared to Colorful’s settings and 149 MHz more than the stock BIOS — the iGame Vulcan OC with manual overclocking has an average of 1950 MHz in the 3DMark Time Spy Extreme benchmark (a continuous loop). 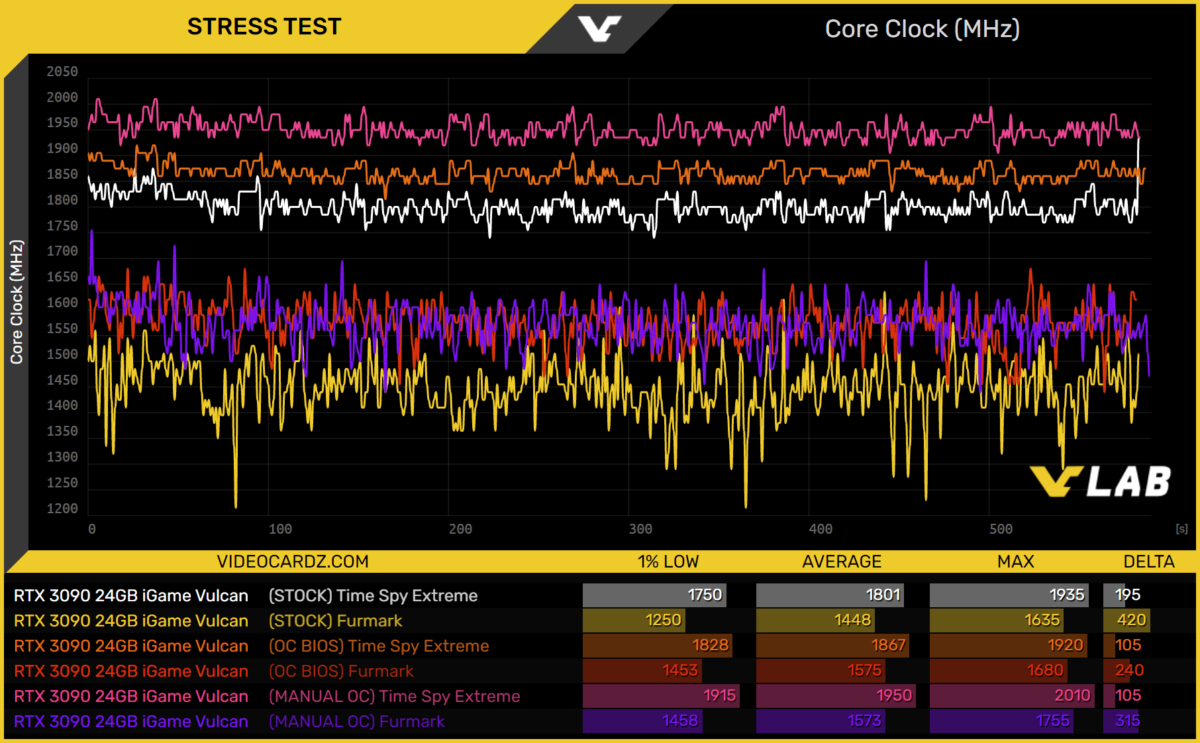 The triple-fan cooler is very efficient. When GPU is idle, fans will occasionally spin to decrease the temperature to around 35C. Even with the overclocking applied the cooler never exceed 60% fan speed, which generates around 44-45 dB of noise. 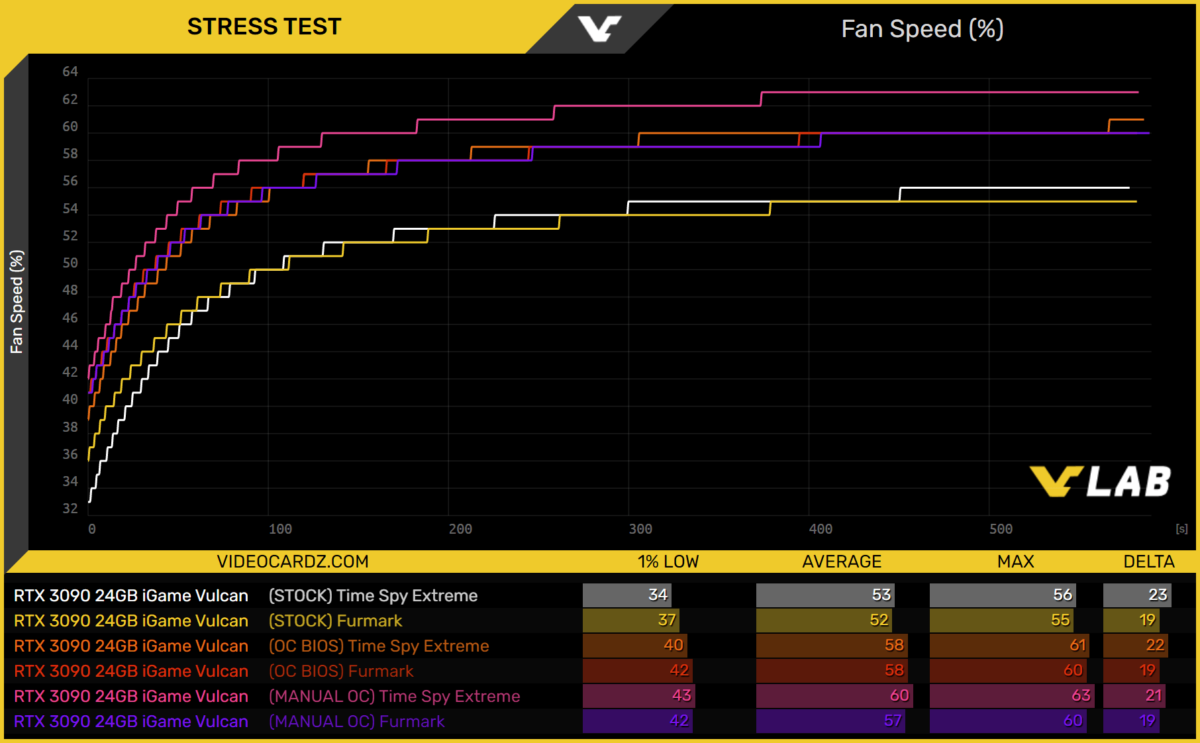 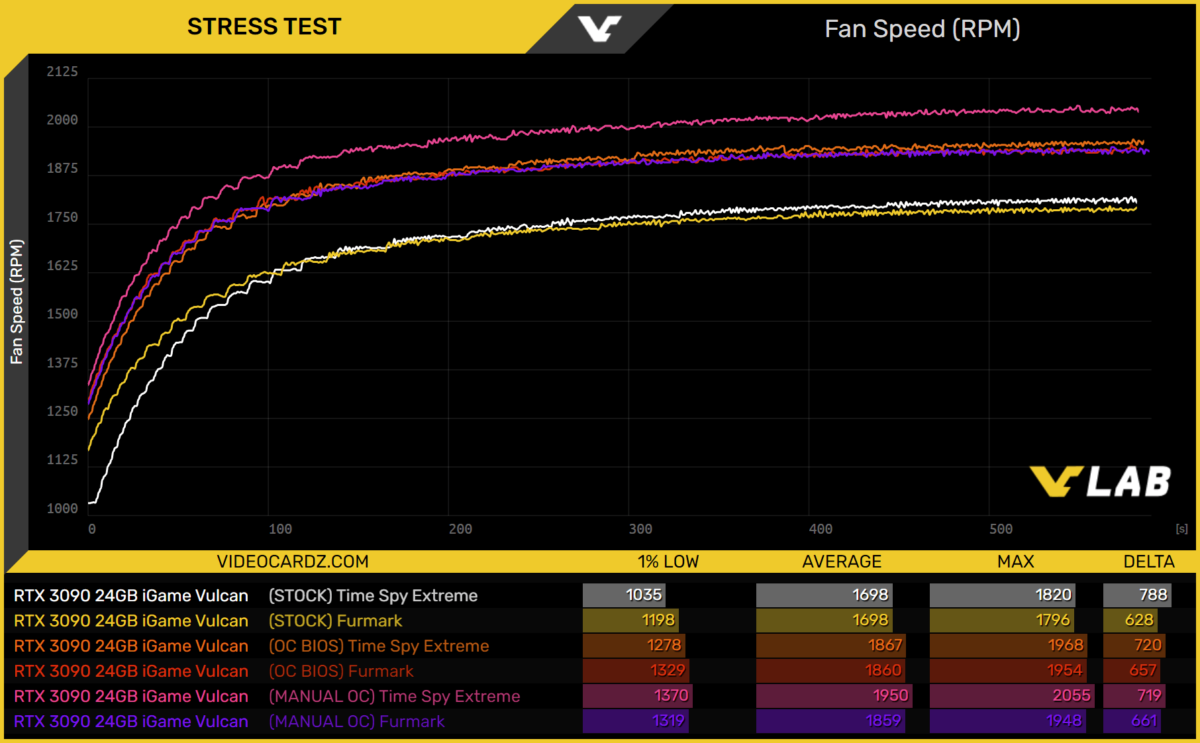 At stock, the GPU rarely exceeds 67°C when in use. Only with overclocking applied (either manual or through the OC BIOS), the temperature raises to 71-72°C, depending on the workload. 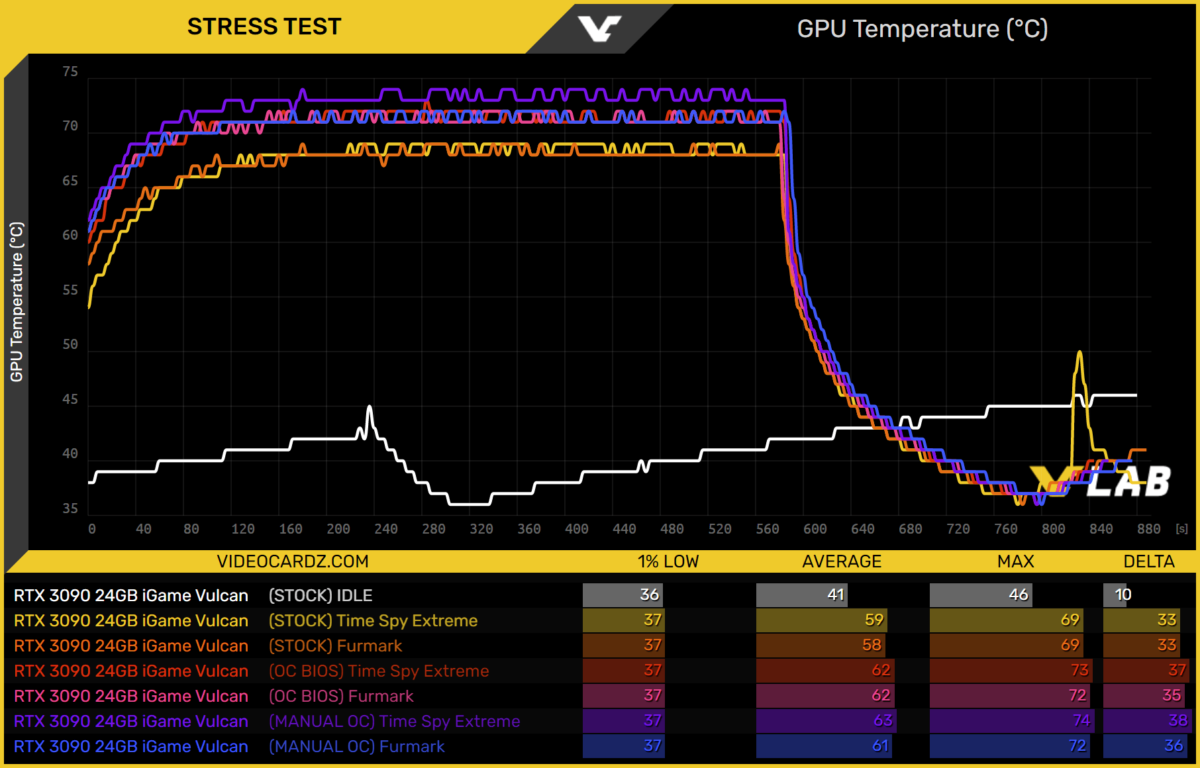 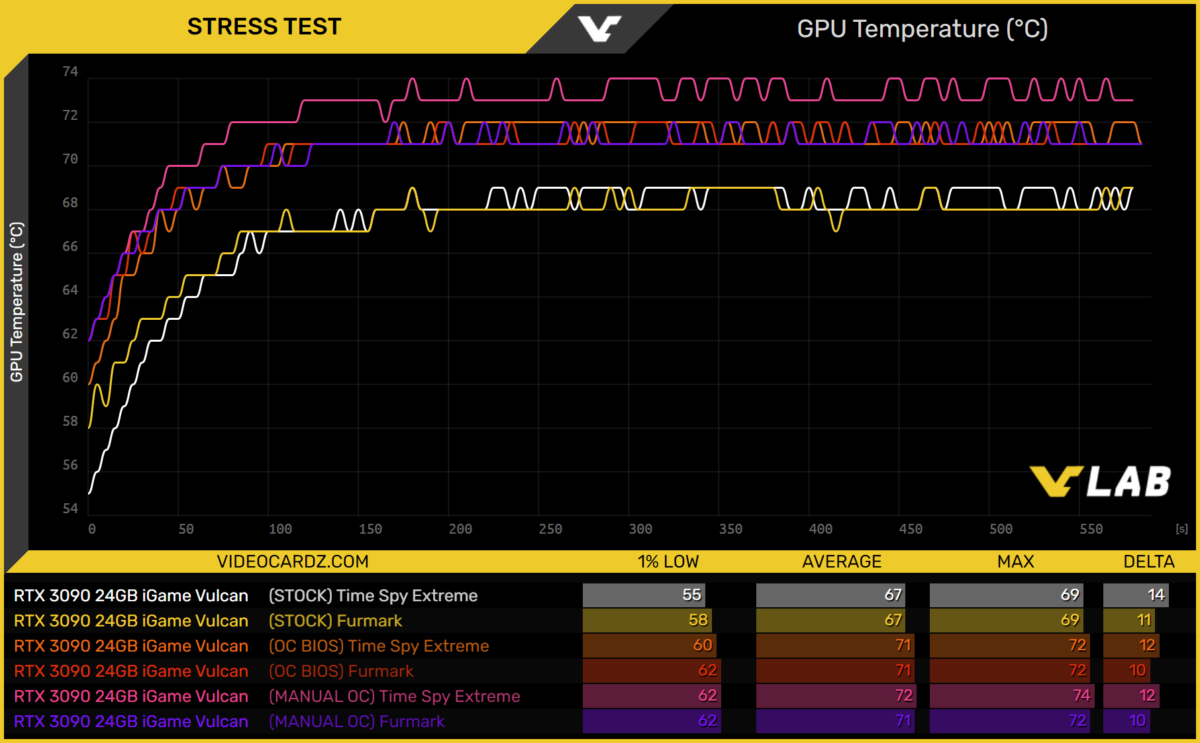 On average, the graphics card consumes around 350W with the stock settings. The OC-BIOS increases the power limit to 390W, which are quickly consumed by the GPU in long term testing. Manual overclocking will increase the power input to 420W with sporadical spikes up to 429W. 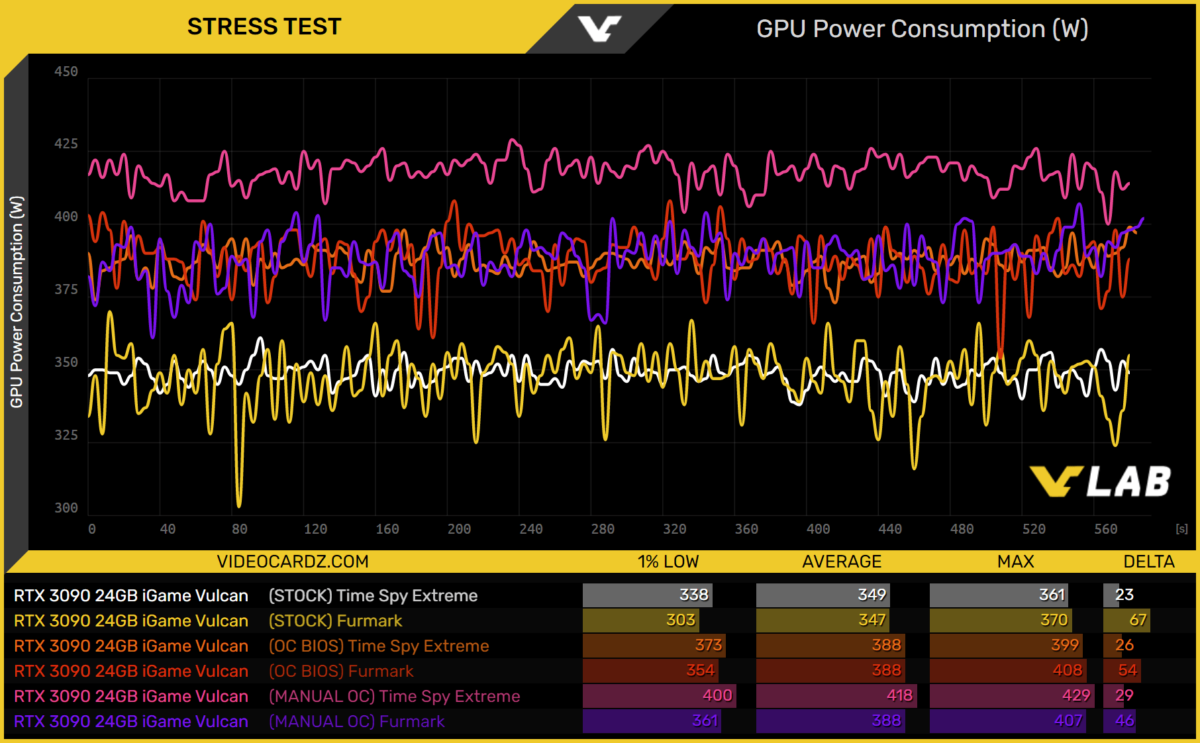