A low-power Ryzen APU in a tiny workstation

ACEMAGICIAN AMR5 is a low-power device with an interesting concept.

The AMR5 is not the smallest Mini-PC on the market, but it is not pretending to be one. The vertical standing chassis with a large mode-changing knob supports three different settings. Undoubtedly, it is not designed to look like an office PC. 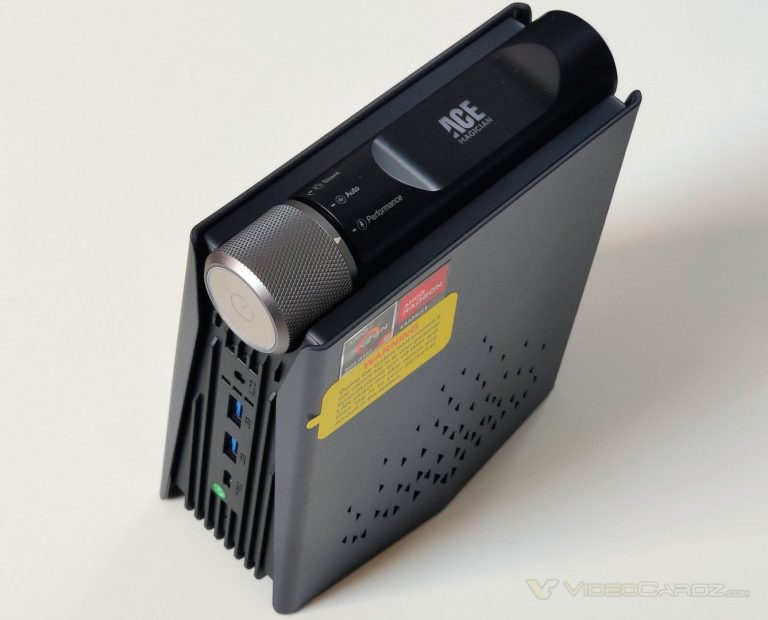 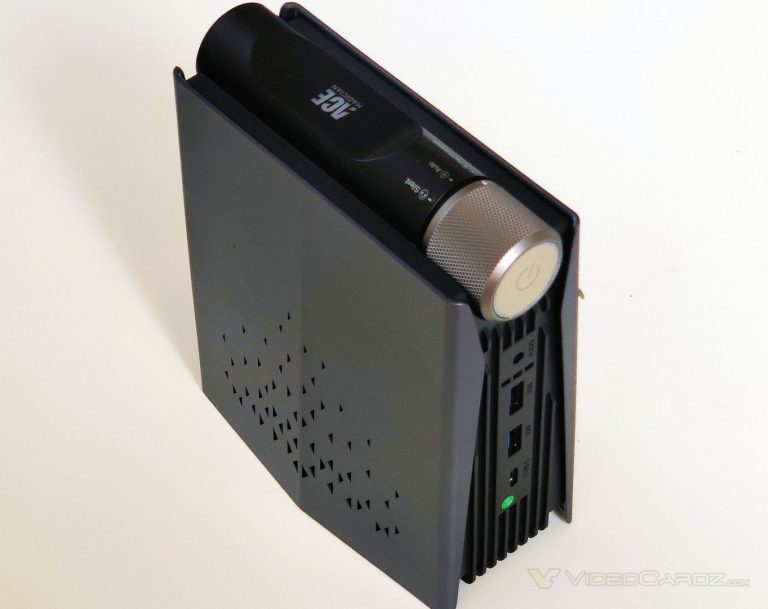 Although the AMR5 is actually a new product, released in July this year, it does not feature the latest AMD Ryzen 6000 series. The product relies on a Ryzen 5 5600U processor with six cores and twelve threads instead. This CPU is based on AMD Cezanne silicon with Zen3 cores with boost up to 4.2 GHz. According to official product specs, this CPU is the only available option for this particular system, but ACEMAGICIAN is also selling a cheaper Ryzen 5 4500U CPU with nearly identical chassis. 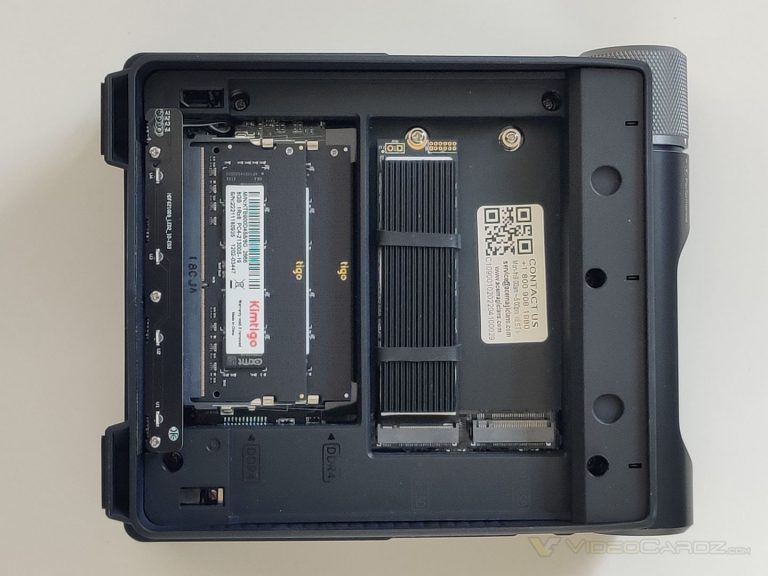 The main difference between Ryzen 6000 “Rembrandt” and Ryzen 5000 “Cezanne” is the graphics subsystem. This product features Radeon Vega 7 integrated graphics with 7 Compute Units, which may not be as powerful as RDNA2 iGPU, but can still offer acceptable framerate in some AAA titles. We will verify that later in this review.

Our system features 16 GB of DDR4-2666 memory manufactured by Kimtigo. The MiniPC is also equipped with 512 GB NVMe by FuturePath (FD-E220-M8C) which is a PCIe Gen3 storage. 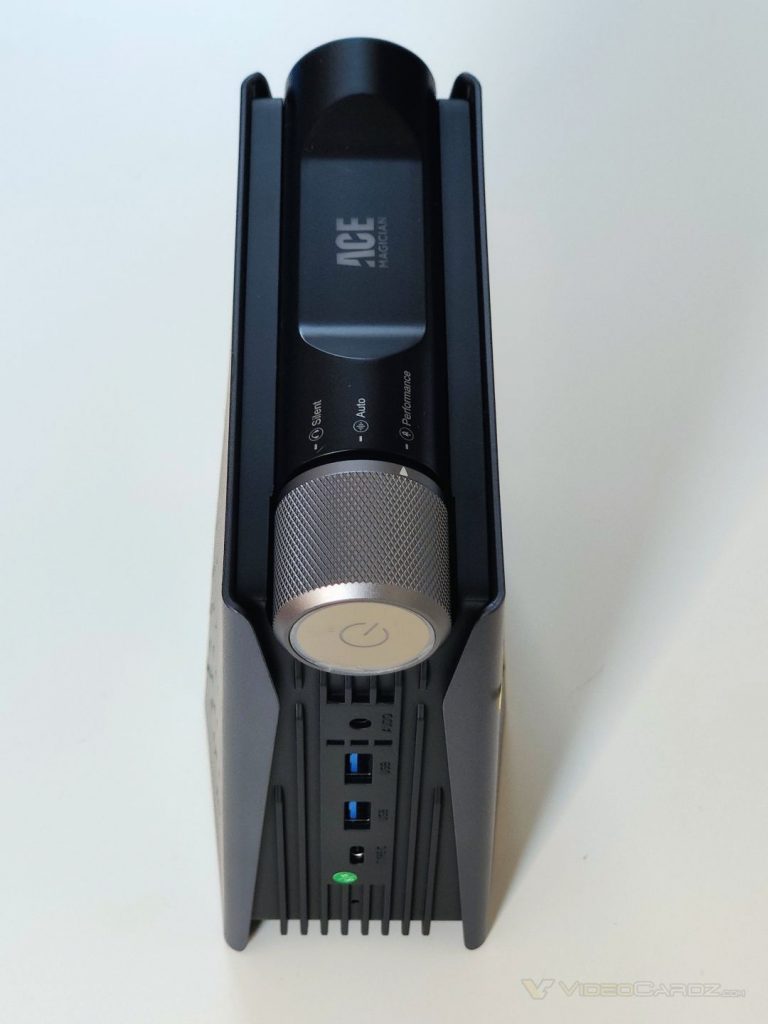 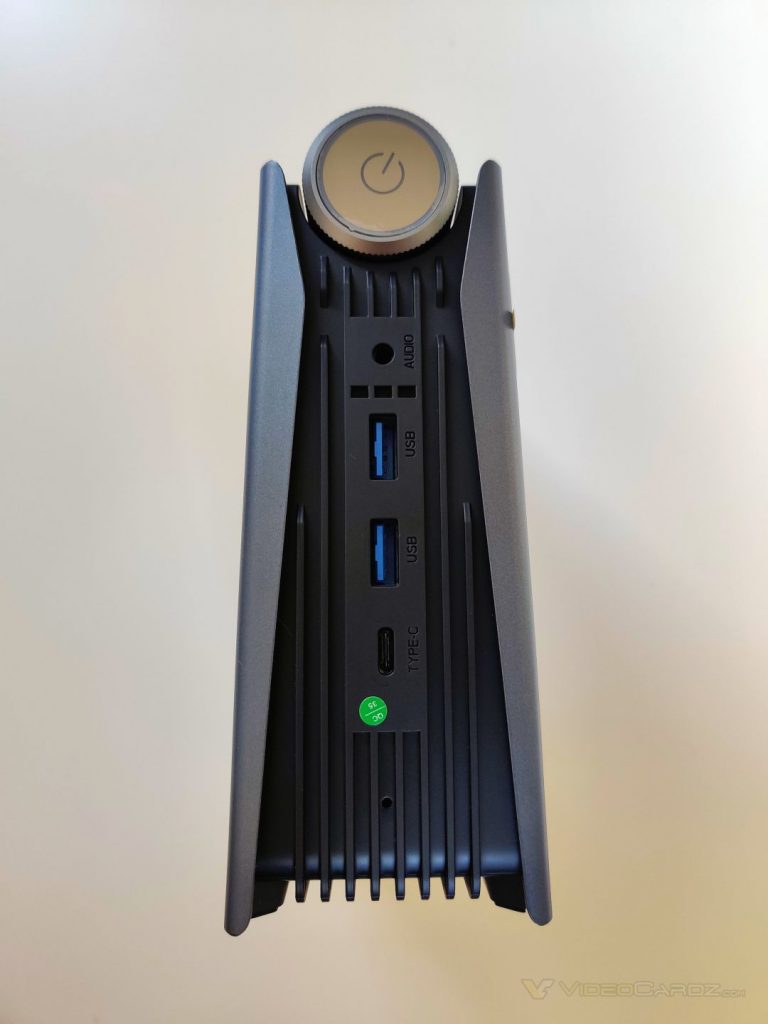 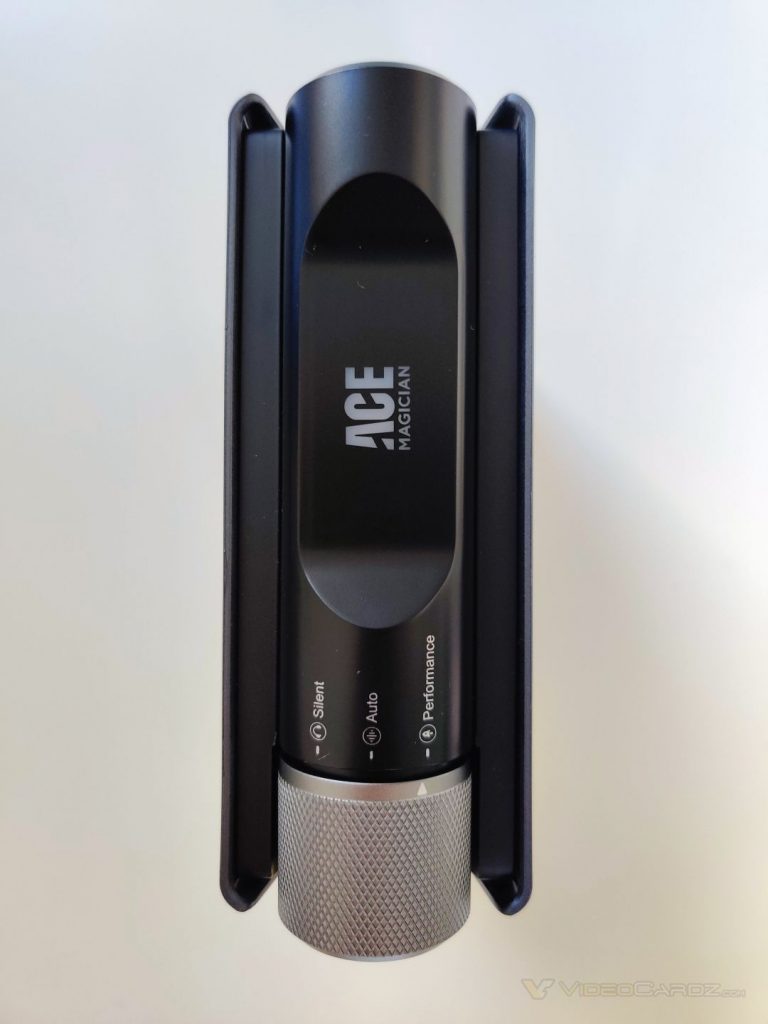 The PC ships with 19V power supply and manual. Here one should probably mention that this PC has no VESA mount for a monitor, so there is no bracket bundled with the system. The picture below shows everything that ships with the PC: 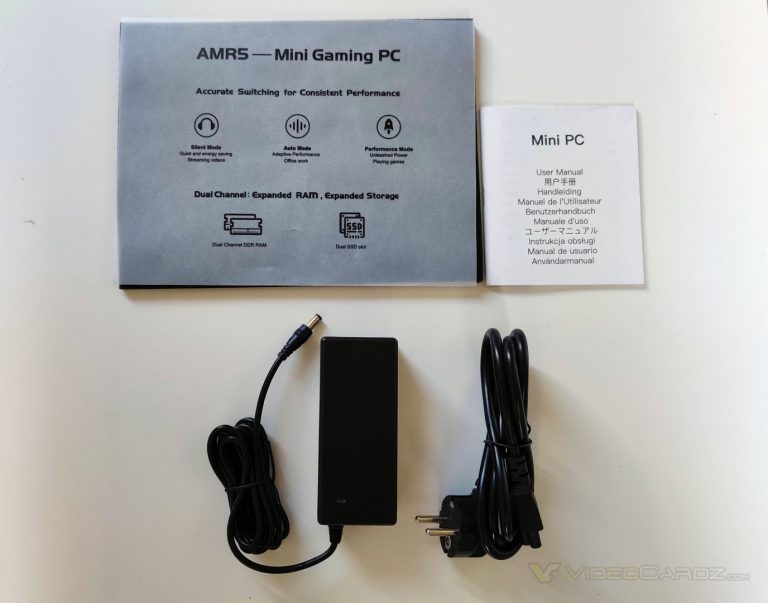 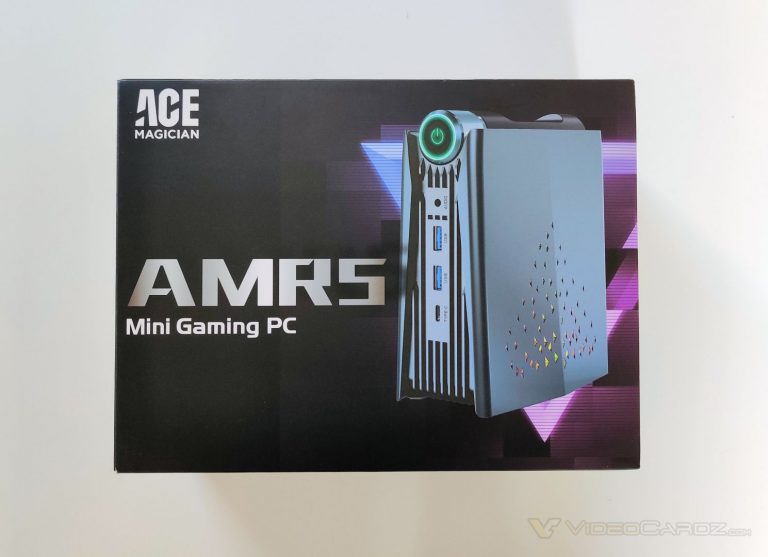 Now let’s talk about the Mini-PC modes. There are three settings:

We did some benchmarks with all available modes and used Performance setting for gaming tests.

The PC ships with Windows 11 Pro 21H2 which we updated with the latest patches and installed AMD Adrenalin 22.8.1 GPU drivers. Otherwise, out of the box there is no other software installed on this CPU, although ACEMAGICIAN offers a special app to control the RGB effects on the chassis. The colors also cycle through green, blue, and red automatically when the modes are changed.

According to the data from the built-in sensors, the Silent mode really does lower the TDP to sub 11W for the CPU Package, with Auto mode under 18W and Performance under 25W. As measures from the outlet, the full system power varies from 24W to 37W (under load) which is a great result considering this is a full PC. Lower TDP has a direct impact on performance, though, overall up to 30% lower under sustained load for more than 10 minutes.

The Silent mode is not really that quiet though, even without any sophisticated workload the system is audible at 39.5 dBA, just a bit higher than the official 38 dBA figure. Temperature goes up to 90 °C in Performance mode and tops at 67 to 76 °C in Silent and Auto mode respectively.

Considering the form factor, AMR5’s gaming performance is good but not great, the built-in Radeon Vega 7 graphics are sufficient for casual gaming. Some competitive titles from a few years ago will perform well, but most modern games will require very low setting or very low resolution. However, no one should be playing at 720p in 2022 really, which is why we didn’t test it.

AMR5 Mini-PC is a powerful beast for different tasks. This device’s Ryzen 5 5600U is as powerful as the very popular Kaby Lake CPU i7-7700K from a few years ago. It has lots of memory (just 2666 Mbps though) and fast modern NVMe storage.

What stands out here is the design and interesting concept for mode switching. This could’ve been handled by the software, definitely, but this is also this product’s advantage over a typical laptop with the same CPU: there is no 3rd party software on this device. The aesthetics may not be for everyone, especially those wishing to hide the Mini-PC behind the monitor. Lack of VESA mount is a big disadvantage here.

The ACEMAGICIAN AMR5 is on sale through Amazon. It is currently available for 499 USD with the same specs as the sample provided. That’s around 100-150 USD cheaper than similarly spec’ed laptop. 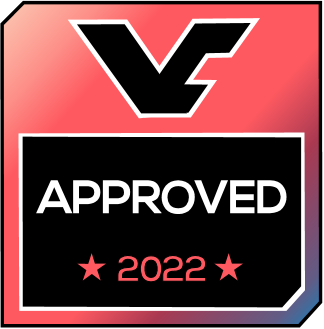