15W gaming with Minisforum U850 MiniPC

Minisforum has sent their MiniPC for a quick test. We thought it might be a good opportunity to see how powerful integrated graphics have become. The PC that was provided features an Intel 10th Gen Core Comet Lake-U processor, which is neither the latest nor the oldest CPU on the market. Since the launch of U850, the manufacturer has released Zen2 based model and even a version with discrete GPU. It’s pity that the sample sent to us is neither of those, nor it is based on Intel’s latest Xe graphics. Still, we decided to give gaming a try. 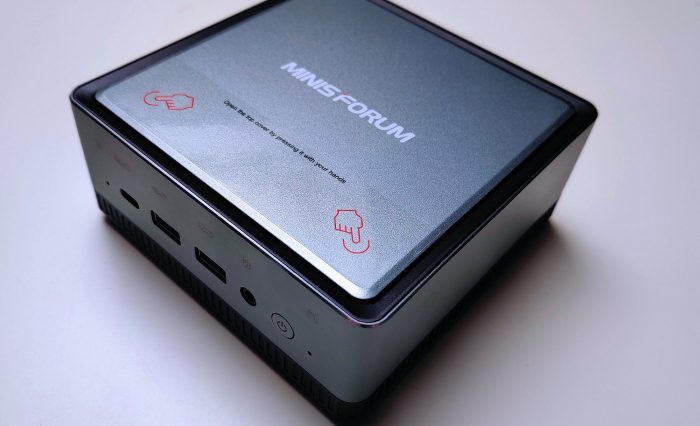 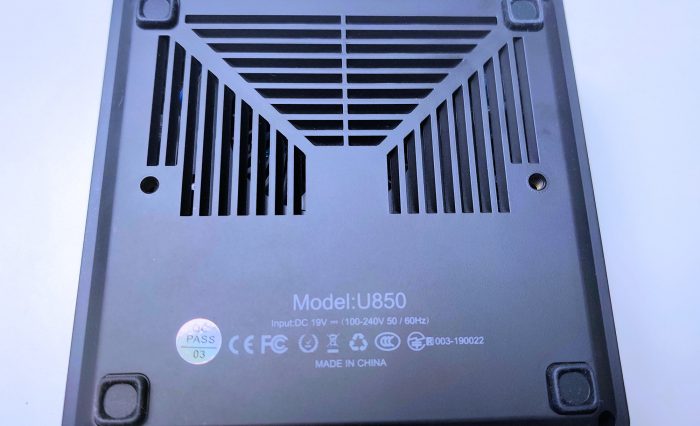 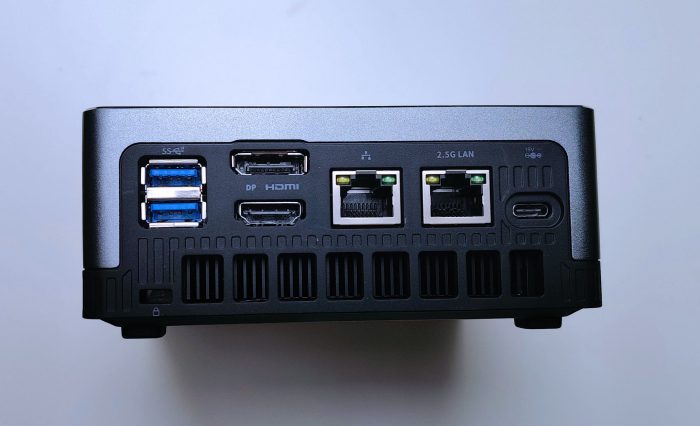 Minisforum U850 packs a Core i5-10210U CPU which is a quad-core CPU with a maximum boost of 4.2 GHz. It is actually a well-equipped system, which can surprisingly store as many as three drives: M.2 NVMe and dual 2.5-inch SSD or HDD. If not for the fact that those drives are attached to a bay, the drives could be removed without any tools, as the top lid is easily removable by pressing.

Connectivity is also a strong aspect of Minisforum U850. It comes with two Ethernet ports, one even being 2.5Gbit. This, combined with multi-storage options, might make this system a good option for open-source TrueNAS build. 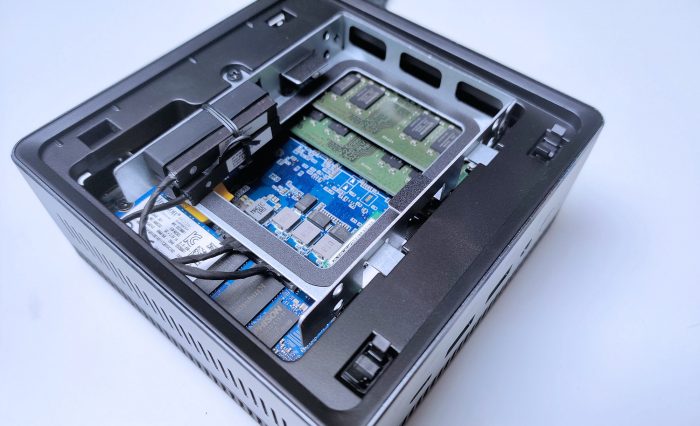 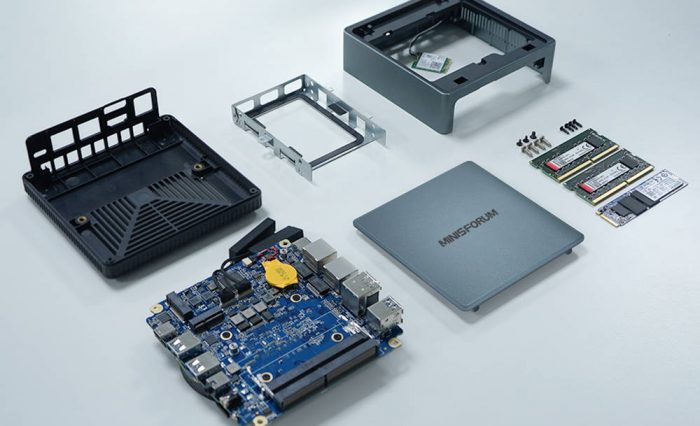 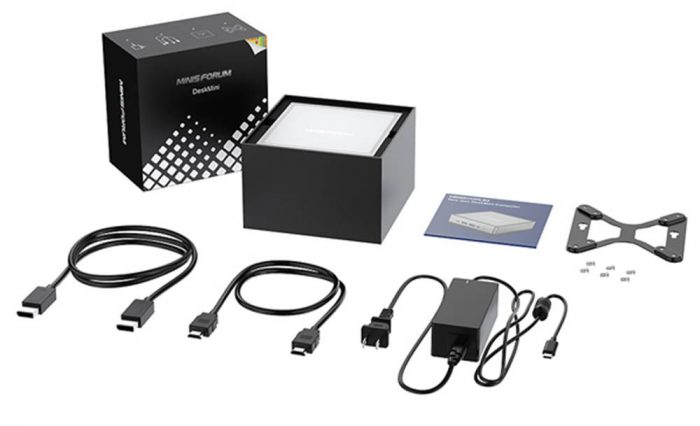 To give you a brief understanding of how fast is the Minisforum U850, we ran some quick CPU-bound tests. After all, if there is anything that can be a bottleneck here, it’s the CPU. The U-series CPUs are limited to 15W and that actually needs to account for both the compute cores and integrated graphics.

Minisforum U850 in 3DMark, Source: VideoCardz

The system scores 401 points in single-core Cinbench R20 with up to 1269 points in multicore. This is actually visibly worse than comparable AMD Ryzen 5 4500U with 6 cores, which scores around 448 and 1921 points respectively. 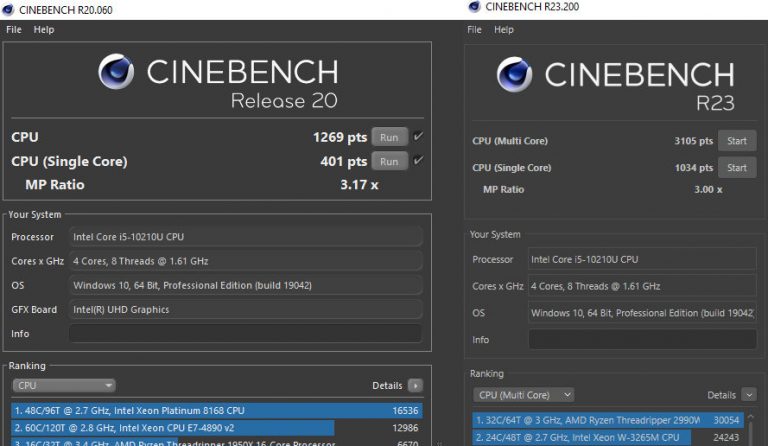 Minisforum U850 in Cinebnech, Source: VideoCardz

We ran multiple games with U850. The long story short is that 1080p gaming is actually possible, but not very entertaining. Lowering the quality of the graphics options to a minimum is a must, which results in anything from 15 to 50 FPS depending on the title.

Having played more than 15 minutes of Fortnite there is not much else to say that this game is fully playable on this machine at 1080p and low settings. It is absolutely not a good gaming experience and definitely not enough for competitive multiplayer, but solo or campaign with an average of 27 FPS might not sound like a terrible experience. 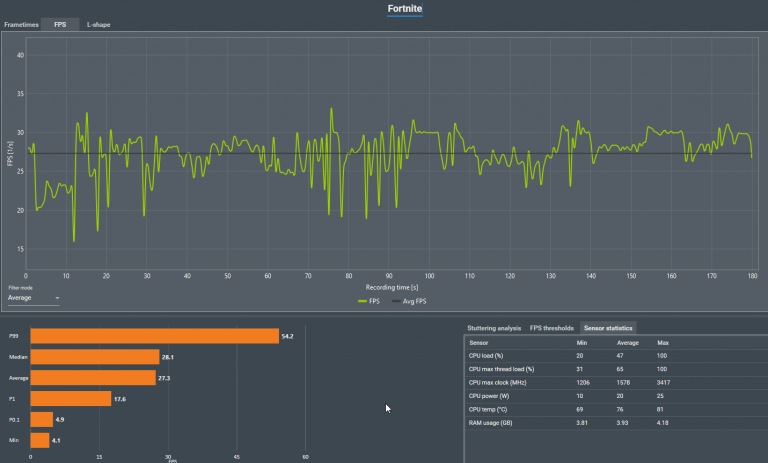 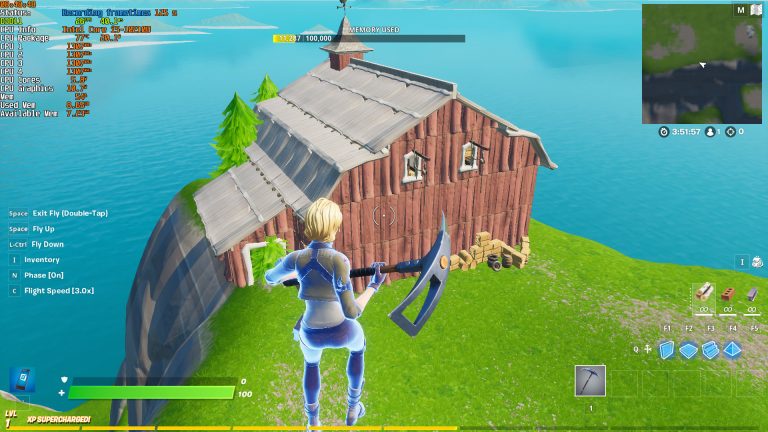 Minisforum U850 in Fortnite, Source: VideoCardz

The game is fully playable at 28 FPS. The image quality has a lot to be desired but the framerate drops only occur in active shooing scenes or where lots of graphics effects are used, such as fire or smoke. 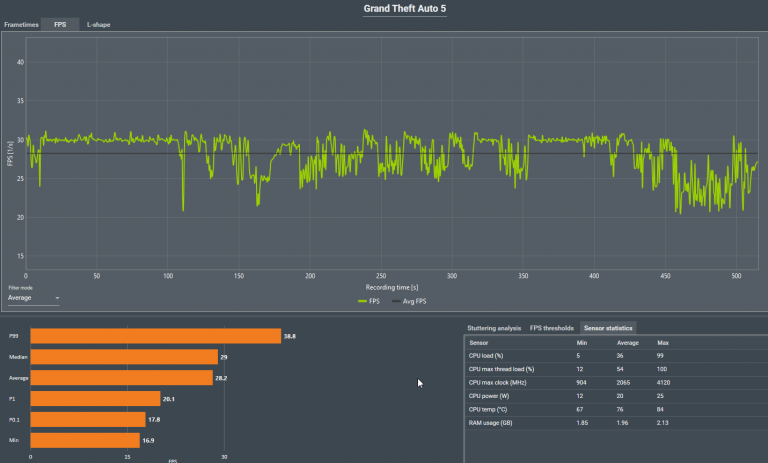 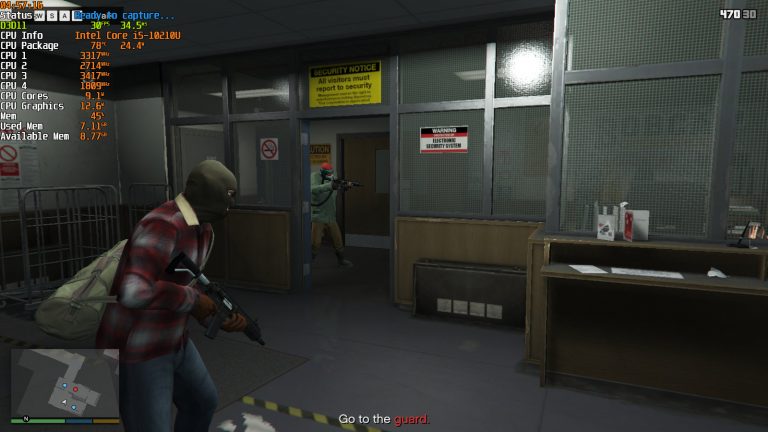 After settings all graphics options to a minimum, the U850 offered an average of 27.9 FPS. I have been able to finish a whole mission without seeing frame drops or freezes. 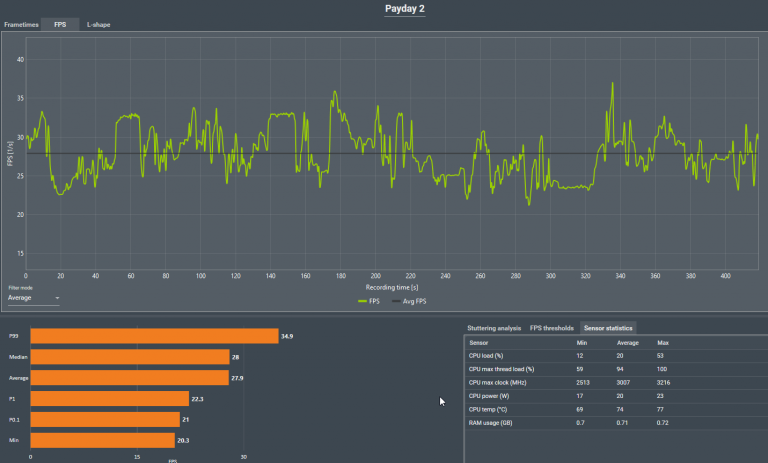 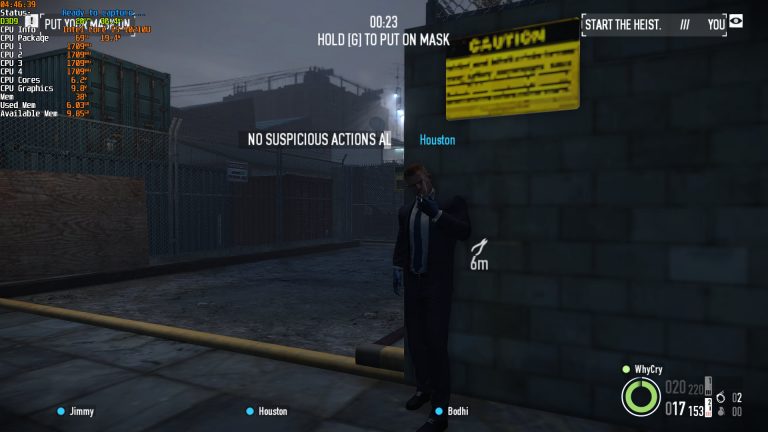 Minisforum U850 in Payday 2, Source: VideoCardz

A bit older zombie survival game Left 4 Dead 2 is a lot more playable. With an average of 59 FPS gaming on this machine is actually quite entertaining. Unfortunately, anything from flames, smoke, or hordes of zombies can immediately result in lower performance. So just play as silent zombie assessing and you are good to go. 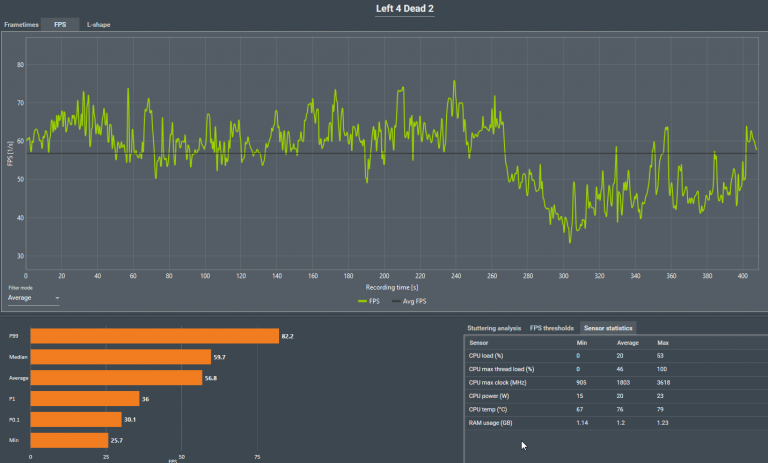 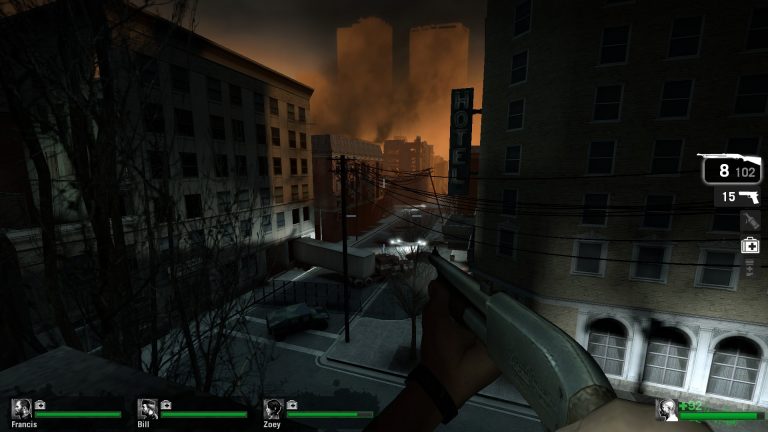 But Can it play Crysis?

Yes, it can. Actually, the framerate is even better than some of the other games that we tested. An average of 48.4 FPS is a lot more than I expected to see. The graphics quality is beyond poor though, but it is saved by 1080p resolution, at least it does not look like 10y old gaming console. 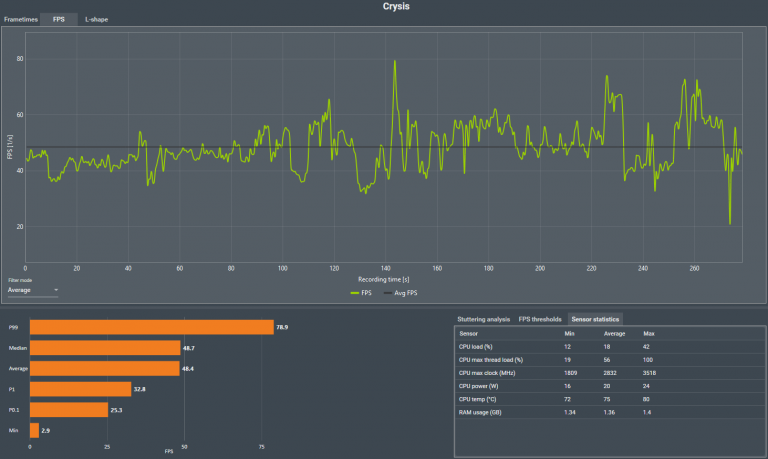 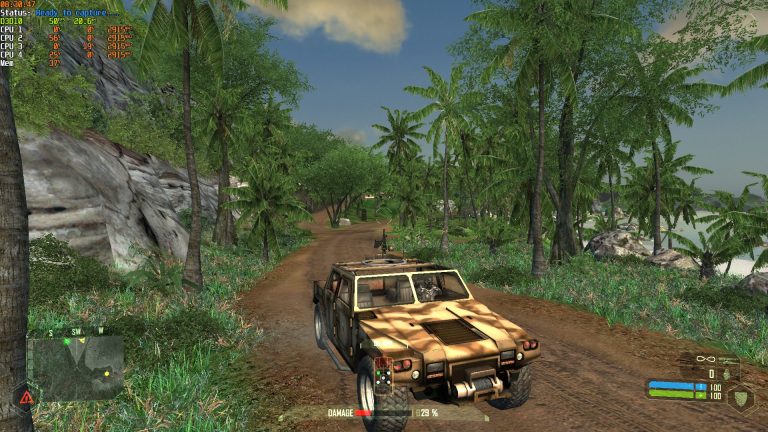 Let’s be honest here, the Minisforum is not a gaming machine. It’s a low-power desktop replacement that can be used for other purposes, such as a home theater player or storage server. If you are a gamer on a budget, then this machine is definitely not for you, it’s probably better to buy a new Xbox Series S console.

The perspective might change if we consider other options such as game streaming services. I have tested NVIDIA GeForce NOW and it works perfectly well on this machine. It does feel surreal to play Cyberpunk 2077 on this machine.  For that, a good internet connection is required. Fortunately though, U850 offers both 2.5 Gbit internet as well as WiFi 6.

If you wish to learn more about Minisforum, then check the official website. Also, if you are wondering what have been using for quick and easy benchmarking check the CapFrameX website as well.