Leipzig, Germany, April 21st 2022 – With the XMG STUDIO, XMG presents a desktop PC specially tailored to the needs of creative professionals working with audio and video – designed and thoroughly tested for flawless performance with common software and hardware peripherals. At Prolight + Sound 2022 in Frankfurt, where Berlin’s Sample Music Festival will be hosting the Production + Performance Hub, XMG will exhibit the highly specialised desktop PC between April 26-29th. Current high-end CPUs from Intel up to the Core i9-12900K and graphics cards up to the Nvidia GeForce RTX 3090 may be configured as needed. The PC is optimised for excellent airflow and quiet operation even under high load. To keep the workflow free of any distractions, the XMG STUDIO lacks any additional decorative elements such as RGB LEDs.

At launch, the XMG STUDIO exclusively features Intel 12th gen Core processors, ranging from the Core i5-12600K in the base configuration up to the Core i9-12900K in the high-end version. An Asus Prime Z690-P D4 is used as the motherboard – which was thoroughly tested for compatibility with various hardware and software for audio and video editing. 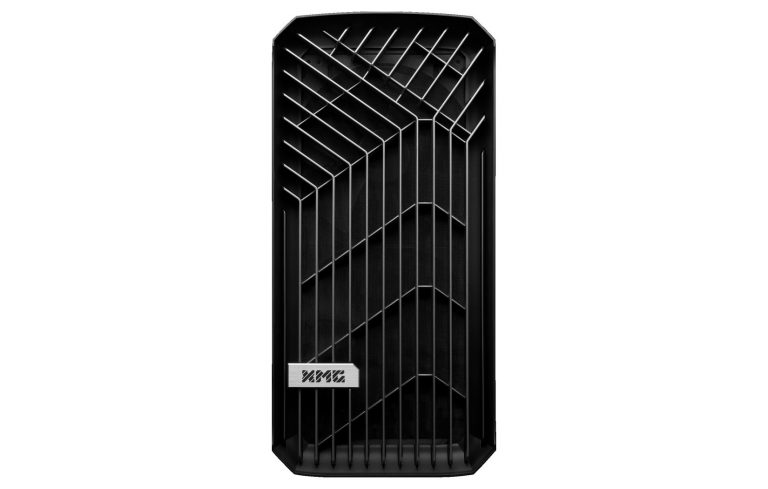 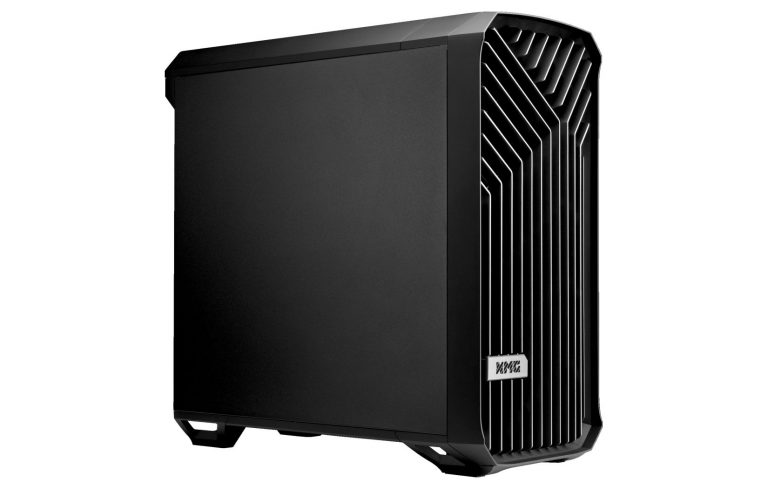 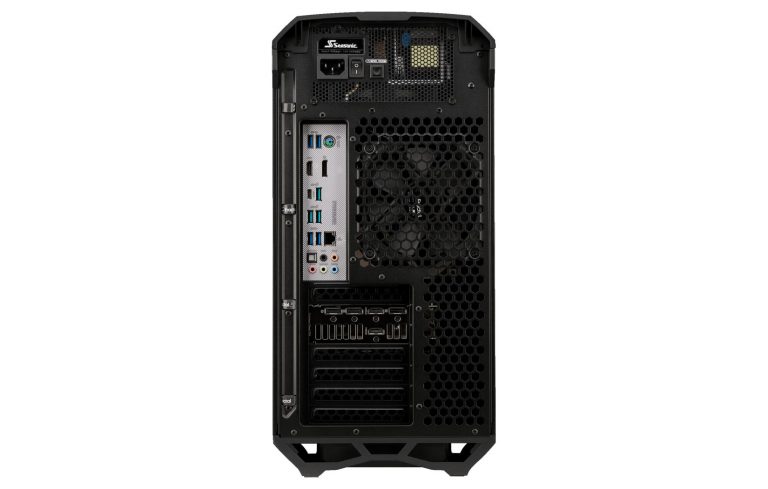 If the individual use case (such as DAW work) does not require a powerful Nvidia graphics card, it is possible to select Intel’s integrated graphics chip only. If, on the other hand, the PC is intended for video editing or visuals rendered at runtime as part of a VJ performance, GPUs ranging from the GeForce RTX 3050 up to the RTX 3090 are available as an option.

In terms of storage and memory, options include between 16 and 128 GB of DDR4-3200 RAM from Corsair’s Vengeance LPX series, up to three M.2 and three 2.5-inch SSDs, as well as an optional conventional 3.5-inch hard drive. Power is supplied by 550 to 1000 watt Seasonic Focus Plus power supply units, either with 80 PLUS Gold or Platinum certification.

With the Fractal Design Torrent Compact, XMG offers a well-ventilated high-airflow chassis with two massive 180 mm fans. The base configuration also includes an additional Noctua NF-A 12×25 PWM in 120 mm format at the rear. Two additional 120 mm fans, including Noctua’s black Chromax version, can mounted on the bottom of the chassis as an option for builds fitted with a powerful GPU.

CPU cooling is handled by a powerful Noctua NH-U12A – also either with the iconic brown-beige fans and a silver heat sink or in the all-black Chromax version. The PC’s fan curves are adjusted by XMG prior to shipping to provide an optimum balance between cooling performance and quiet operation, even under load. 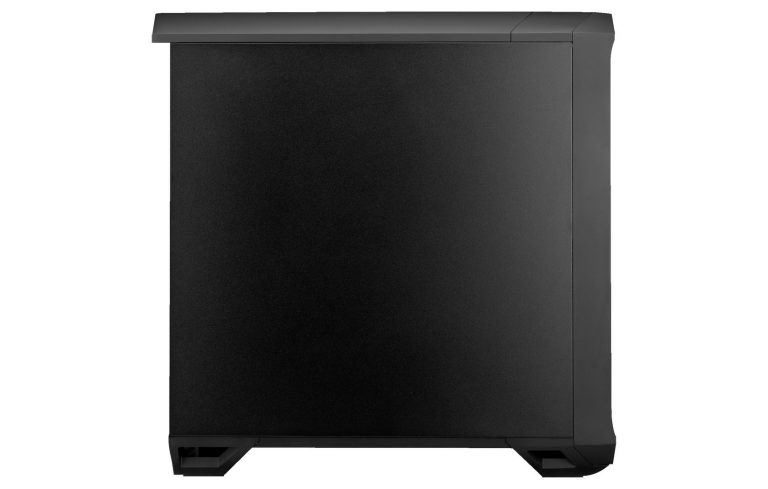 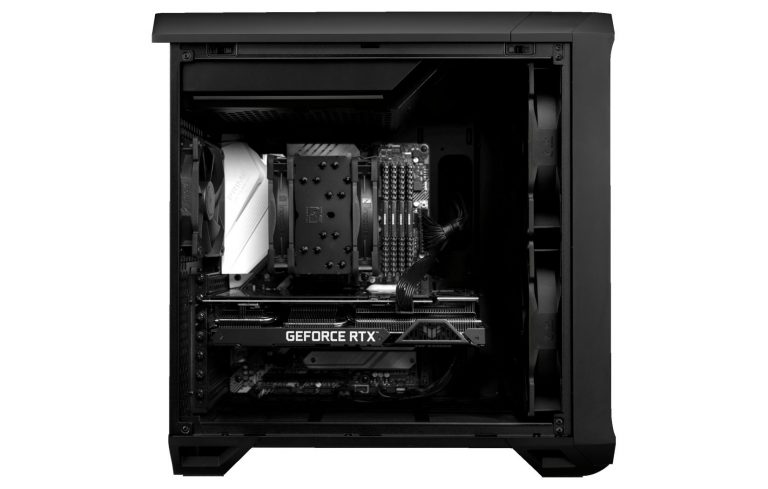 Special features of the XMG STUDIO include intensive compatibility checks as part of product development, especially as many audio users still do not fully trust Microsoft Windows 11. However, the new operating system is an essential requirement for the flawless operation of Intel’s hydrid CPUs from the 12th Core generation: the previous Windows version is not able to properly distribute the load between the new efficiency and performance core types, which may result in significant performance drops.

The XMG STUDIO has been thoroughly tested with Windows 11 to ensure that ASIO drivers for professional audio interfaces, DAWs and VST plug-ins as well as game development suites, VR and VJ software, streaming apps and further content creation tools are all working flawlessly and reliably.

The base configuration of the XMG STUDIO, which can be freely configured on bestware.com, includes Intel’s Core i5-12600K with integrated graphics on an Asus Prime Z690-P D4, 2×8 GB Corsair Vengeance LPX DDR4-3200, a 500 GB Samsung 980 SSD, a 550W Seasonic Focus Plus and Fractal Design’s Torrent Compact. The starting price incl. 19% VAT is € 1.169. Upgrades to CPUs up to Core i9-12900K, a variety of Nvidia graphics cards from the RTX-3000 series, additional memory and storage options and larger power supplies can be configured for an additional charge. The XMG STUDIO is available for order with immediate effect and comes with an extended 36-month manufacturer’s warranty. 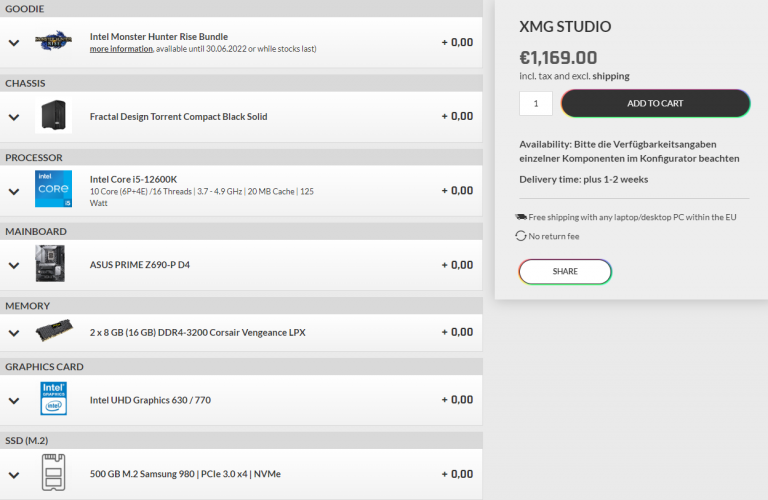 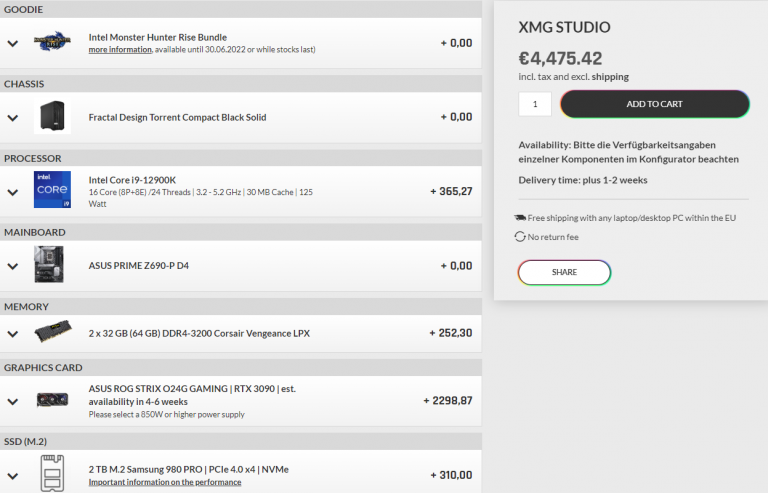