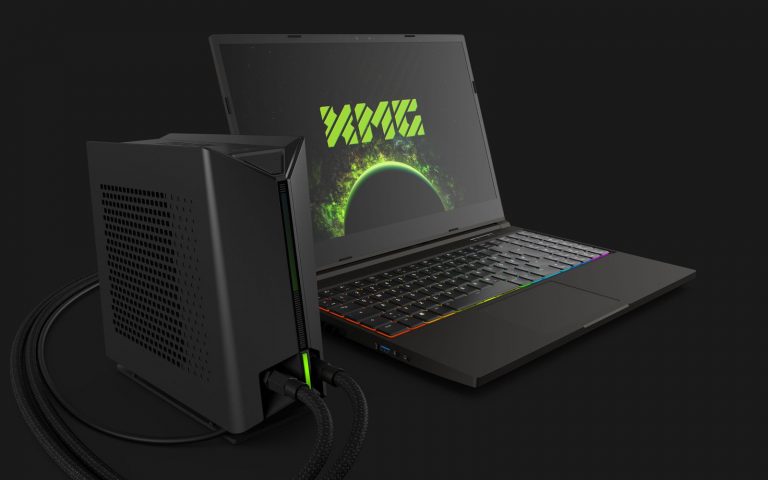 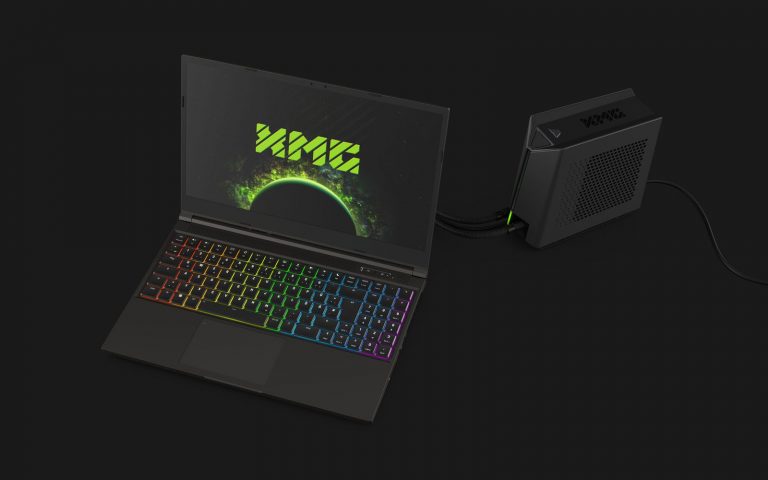 In XMG’s laptop portfolio, the NEO model series rounds off the product range as a mobile high-end device. With Intel’s Core i7-12700H, the NEO 15 from the new E22 generation (Early 2022) integrates one of the fastest representatives of Intel’s latest 12th Core generation with hybrid design. Based on the big-little principle of Alder Lake-H, the CPU combines six performance and eight efficiency cores – making it one of the first mobile processors with a total of 14 cores. On the graphics card side, XMG focuses on NVIDIA’s ray-tracing-capable RTX 3000 chips. In addition to the familiar RTX 3060, the new NEO 15 also integrates two updated laptop GPUs – RTX 3070 Ti and 3080 Ti from the premium performance segment. In doing so, the laptop remains true to the NEO product range principle of offering the maximum specification level of each graphics card. In the case of the RTX 3080 Ti with 16 GB GDDR6 VRAM, this means that the graphics card now runs with a TGP of up to 175 watts (RTX 3070 Ti: up to 150 watts). By using liquid metal on the CPU and a further improved cooling system, XMG ensures that the components can operate at permanently high performance and to the maximum of their power and TGP limits. Consequently, the optimised fans have 71 instead of 67 fins. 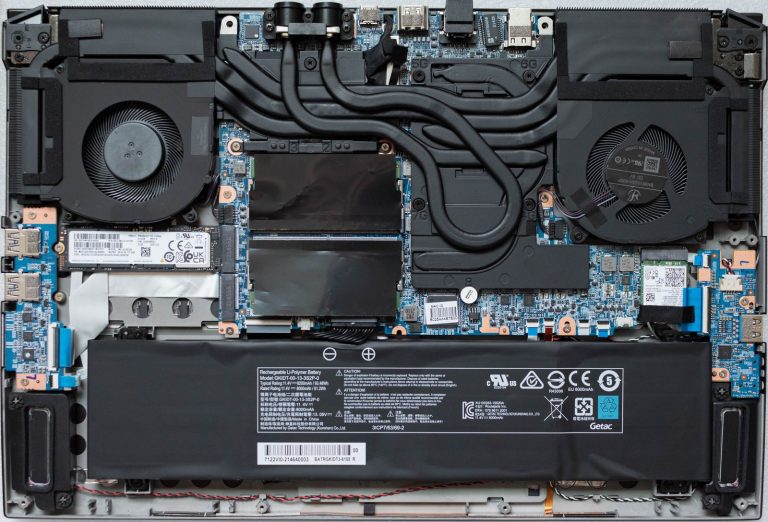 While the XMG NEO laptops were among the first models with a 165 Hz WQHD display at the end of 2020, the new generation offers even more: With a resolution of 2,560 x 1,440 pixels, its IPS panel runs at an even speedier refresh rate of 240 Hz. The brightness is 350 nits and the display covers more than 95 per cent of the sRGB colour space.

Despite its performance features and a 93 Wh battery, the 360.2 x 243.5 x 26.6 millimetre NEO 15 remains comparatively light and mobile at 2.2 kilograms. A display lid and a palm rest made of aluminium contribute to the weight saving. Compared to the 2021 generation, XMG offers the laptop with a stronger 280 watt power supply.

The platform change to Alder Lake-H and a motherboard equipped with an H670 Express chipset paves the way for faster memory and storage options. Thus, the laptop now accommodates two M.2 SSDs each with a four lane PCIe 4.0 connection and offers two SO-DIMM slots for a maximum of 64 GB DDR5 RAM with a clock frequency of 4800 MHz. 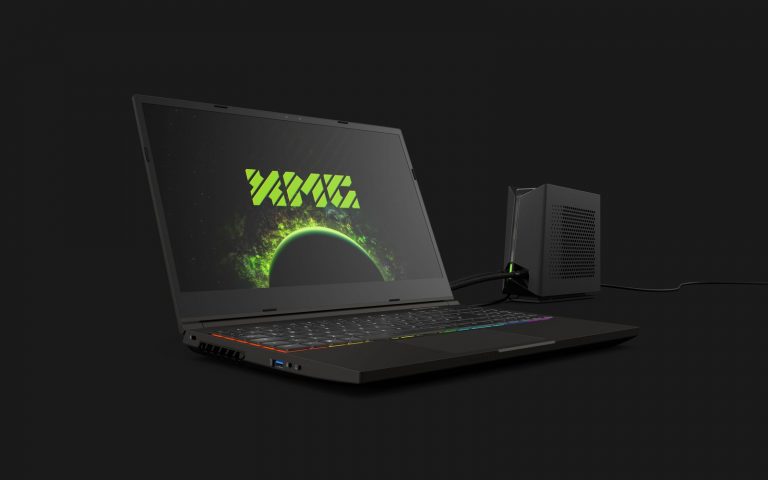 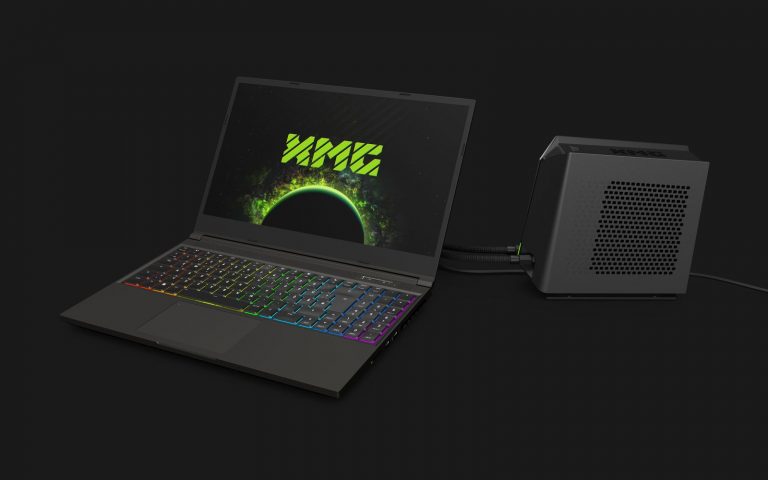 A Thunderbolt 4 port with two 4K-capable DisplayPort streams and an HDMI 2.1 output allow the connection of up to three external monitors. The HDMI output is linked to the dedicated NVIDIA graphics card, while the USB-C is linked to the integrated Intel Xe graphics unit. In addition, there is 2.5 Gigabit Ethernet, Wi-Fi 6, three USB-A 3.2 ports, a full-size SD card reader and separate audio jacks for headphones and microphone. Besides a Microsoft Precision-compliant touchpad, the XMG NEO 15 continues to offer the already familiar optomechanical keyboard with tactile silent switches, programmable RGB per-key illumination, anti-ghosting and N-key rollover. The increased diameter integrated speakers now deliver a more powerful sound.

With the OASIS, XMG offers enthusiasts extensive cooling potential. The additional cooling resources are intended to make the laptops run significantly quieter, cooler and ultimately faster. At the market launch, XMG is initially only offering the external liquid cooling as an add-on for the new NEO 15 (E22), but plans to expand the option to other models in the future via a standardised connection. This approach is based on the principle that compatible laptops are prepared for the use with OASIS, but its use is an enhancement and not a prerequisite for the operation of the mobile device.

In a compact 186 x 203 x 75 millimetre chassis, XMG utilises the familiar AIO concept by combining a 120 mm radiator with fan, pump and liquid reservoir. This means that the OASIS can also be carried in a backpack if necessary, so that the additional cooling power isn’t limited to a single location. The weight is correspondingly low: Including the cooling liquid, the cooling system weighs 1.39 kilograms, with a dry weight of 1.18 kilograms. To completely fill the entire system (cooling unit and laptop), about 230 millilitres of cooling liquid is required. The chassis itself comes in an elegant stealth design, with software-adjustable RGB lighting elements to add some colour if desired. 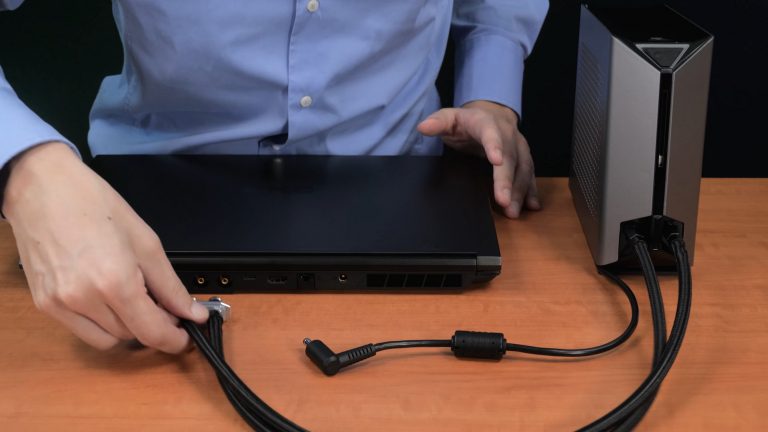 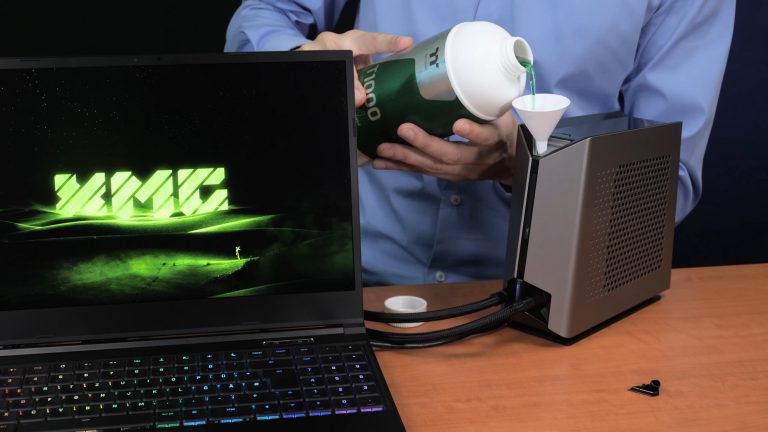 Before setting up, the external AIO cooling must first be filled with cooling liquid (part of the supplied accessories) via a funnel. This also allows refilling at a later time. A self-locking quick-release connector with hoses for the inlet and outlet quickly connects the liquid cooling system to the laptop – and disconnects just as easily if the NEO 15 is to be taken along on its own.

The liquid cooling system is driven by the laptop power supply, with communication between the two devices taken care of via Bluetooth – paired through the XMG Control Centre. In this way, all USB ports on the laptop remain free. Afterwards, not only is intelligent, temperature-dependent control of the fan and pump speed available: as soon as the XMG NEO 15 registers the additional resources of the external unit, the fans in the laptop automatically switch to a flat fan curve profile which has been configured specifically for this setup and quiet operation even under full load. The resulting significant increase in cooling performance opens up a lot of headroom for individual system tuning.

What does the XMG OASIS achieve?

XMG demonstrates the performance potential of the XMG OASIS with its own series of measurements. The current prototype of the external liquid cooling was operated on the pre-production model of an XMG NEO 15 (E22) with Core i7-12700H and NVIDIA GeForce RTX 3080 Ti in the overboost performance profile. The result: By using the XMG OASIS, the temperatures of the processor and graphics card drop by around 20°C, while at the same time the laptop’s fans only operate at up to 50 percent of their maximum speed. Even under very demanding gaming or rendering loads, the laptop’s operating noise level does not exceed 38 dB(A) (own measurement from a distance of 25 centimetres). The temperature reduction of course also has a positive effect on the laptop’s performance – however, XMG will only be able to provide further benchmarks after Intel’s embargo on the 12th generation Core processors expires.

XMG gives its customers the possibility to get the maximum out of the CPU and GPU in the NEO 15 with the Control Center: Here, for example, the TGP of the RTX 3080 Ti can be set to a fixed 175 watts (without Dynamic Boost) or the power limit of the CPU (PL1) can be raised to 115 watts to achieve boost values far beyond the standard 45 watts.

On the other hand, those who attach particular importance to the quietest possible operation are also offered suitable setting options in the software: Features such as CPU undervolting, the adjustment of CPU power limits, to activate NVIDIA Whisper Mode from within the software and the creation of individual fan curve profiles allow every user to define their personal optimal balance between high performance and low noise emissions.

Both the laptop and the external liquid cooling system are available for pre-order from the end of January in accordance with Intel’s embargo on the 12th Core generation processors, with shipping expected from mid-February.

XMG will provide more information about the OASIS on a specially set up landing page, which will be updated with further content in time for the official launch of the new Intel CPUs. As the external liquid cooling is the first product of its kind in the XMG portfolio, the company is also asking anyone interested to take part in a survey so that the needs of the community can be even better incorporated into future product development.