As advanced graphics and display technologies develop, they are blurring the lines between metaverse and our everyday experience. Much of this important shift is being made possible by the advancement of memory solutions designed for graphics products. 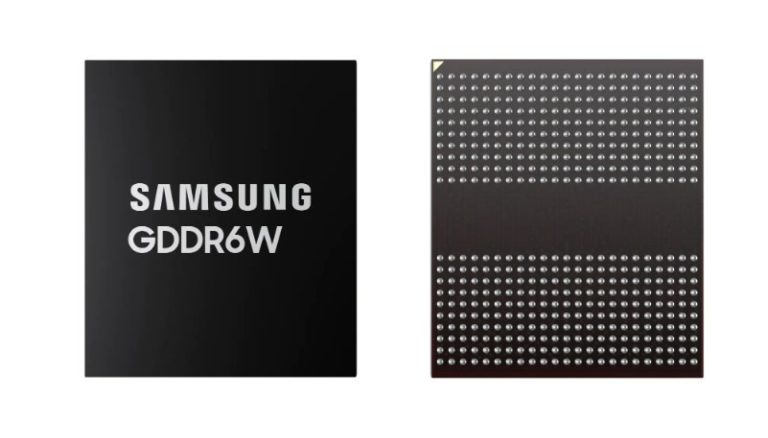 One of the biggest challenges for improving virtual reality is taking the complexities of real-world objects and environments and recreating them in a virtual space. Doing so requires massive memory and increased computing power. At the same time, the benefits of creating more true-to-life metaverse will be far reaching, including real-life simulations of complicated scenarios and more, sparking innovation across a number of industries.

This is the central idea behind one of the most popular concepts in virtual reality: digital twin. A digital twin is a virtual representation of an object or space. Updated in real-time in accordance with the actual environment, a digital twin spans the lifecycle of its source and uses simulation, machine learning and reasoning to help decision-making. While until recently this was not feasible proposition due to limitations on data processing and transference, digital twins are now gaining traction thanks to availability of high bandwidth technologies.

Like other tech innovations, the gaming industry thrives on constant innovation, with new updates in speed and performance driving the market forward year after year. Thanks to the development of technologies like Ray Tracing in 3D rendering, which traces the reflection of light in a given scene, graphics in high-end AAA gaming are becoming hyper realistic and increasingly immersive.

Ray tracing enables the collection of light information to determine the color of each pixel through real-time calculation. This kind of calculation requires near-simultaneous computation of substantial amounts of data — between 60 to 140 pages worth for one second of an in-game scene. What’s more, display quality is rising fast, with resolutions rapidly transitioning from 4K to 8K standard, while frame buffers1 are increasing to expand two times more than existing ones in response. That’s why high capacity and high bandwidth are essential to meeting the growing memory demand as games continue to develop.

Frame buffer: Memory that temporarily stores image information that appears on the screen.

Since its launch, GDDR6 has already seen significant improvements. Last July, Samsung developed a 24Gbps GDDR6 memory, the industry’s fastest graphics DRAM. GDDR6W doubles that bandwidth (performance) and capacity while remaining the identical size of GDDR6. Thanks to the unchanged footprint, new memory chips can easily be put into the same production processes customers have used for GDDR6, with the use of the FOWLP construction and stacking technology, cutting manufacturing time and costs.

As shown in the picture below, since it can be equipped with twice as many memory chips in an identical size package, the graphic DRAM capacity has increased from 16Gb to 32Gb, while bandwidth and the number of I/Os has doubled from 32 to 64. In other words, the area required for memory has been reduced 50% compared to previous models. 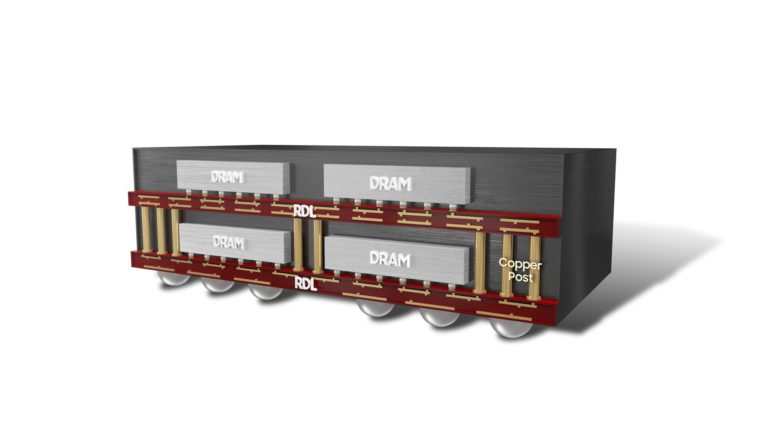 Generally, the size of a package increases as more chips are stacked. But there are physical factors that limit the maximum height of a package. What’s more, though stacking chips increases capacity, there is a trade-off in heat dissipation and performance. In order to overcome these trade-offs, we’ve applied our FOWLP technology to GDDR6W.

FOWLP technology directly mounts memory die on a silicon wafer, instead of a PCB. In doing so, RDL (Re-distribution layer) technology is applied, enabling much finer wiring patterns. Additionally, as there’s no PCB involved, it reduces the thickness of the package and improves heat dissipation.

Packaging refers to the process of cutting fabricated wafers into semiconductor shapes or connecting wires. In the industry, this is known as a ‘back-end process.’ While the semiconductor industry has continuously developed towards scaling circuits as much as possible during the front-end process, packaging technology is becoming more and more important as the industry approaches the physical limits of chip sizes limits. That’s why Samsung is using its 3D IC package technology in GDDR6W, creating a single package by stacking a variety of chips in a wafer state. This is one of many innovations planned to make advanced packaging for GDDR6W faster and more efficient.

The newly developed GDDR6W technology can support HBM-level bandwidth at a system level. HBM2E has a system-level bandwidth of 1.6TB/s based on 4K system-level I/O and a 3.2Gpbs transmission rate per pin. GDDR6W, on the other hand, can produce a bandwidth of 1.4TB/s based on 512 system-level I/O and a transmission rate of 22Gpbs per pin. Furthermore, since GDDR6W reduces the number of I/O to about 1/8 compared with using HBM2E, it removes the necessity of using microbumps. That makes it more cost-effective without the need for an interposer layer.

Samsung Electronics completed the JEDEC standardization for GDDR6W products in the second quarter of this year. It has also announced that it will expand the application of GDDR6W to small form factor devices such as notebooks as well as new high-performance accelerators used for AI and HPC applications, through cooperation with its GPU partners.