Samsung Electronics Unveils its New Odyssey, ViewFinity and Smart Monitor Lineups at CES, Igniting the Next Generation of Display Technology 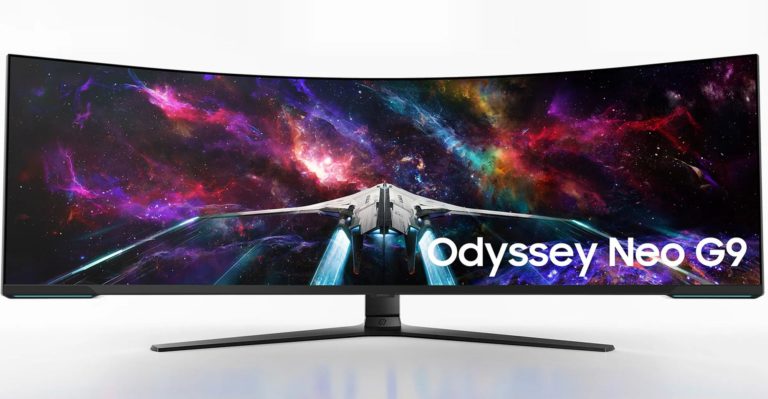 The Samsung Odyssey Neo G9 Gaming Monitor (Model Name: G95NC) lets gamers see new levels of detail with an unparalleled field of view. The gaming monitor delivers 7,680×2,160 resolution and a 32:9 aspect ratio in one screen for the first time.

The Odyssey Neo G9 also supports a refresh rate of 240Hz, so that gamers will not miss a thing during fast-paced gameplay. 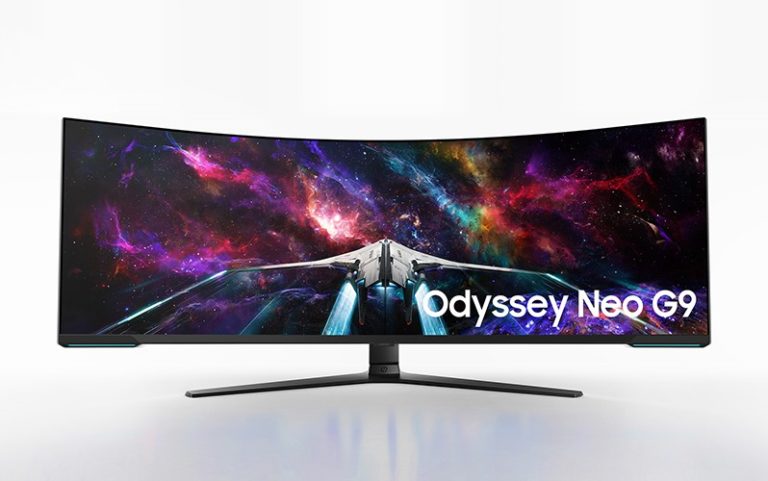 The OLED screen illuminates each pixel separately and does not rely on a backlight, allowing a 1,000,000:1 dynamic contrast ratio while delivering true RGB and true black without color filters.

The Odyssey OLED G9 also uses apps from partners like Prime Video, Netflix and YouTube through Smart Hub, which allows users to enjoy various over-the-top content using an Internet connection, without the need for a PC.

It is also equipped with Samsung Gaming Hub, an all-in-one game streaming platform that allows gamers to discover and play games in the cloud from partners such as Xbox and NVIDIA GeForce Now, without needing a console or to download games. 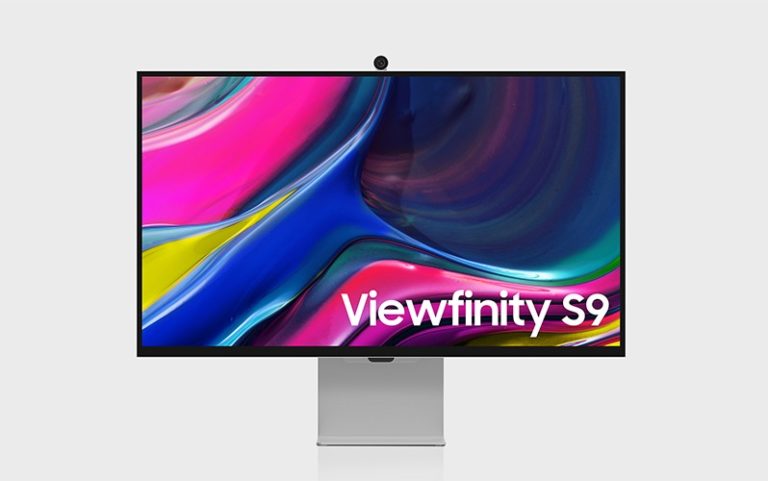 The ViewFinity S9 (Model Number: S90PC) is Samsung’s newest addition to its monitor lineup. It features a 5K 27” screen for the first time and is optimized for creative professionals such as graphic designers and photographers. Its 5,120 x 2,880 resolution combined with its wide color gamut of 99% DCI-P3, provides crisp and true-to-form details, and its average Delta E ≦ 2[1] color accuracy also produces clear and precise color representation, even in complicated or nuanced visual environments.

Users can connect cameras and other devices to the monitor through USB-C and Thunderbolt 4 connections to easily transfer gigantic files of high-resolution video or other large data sets from storage devices to their PC. The ViewFinity S9 Series comes with a 4K SlimFit camera and supports native video conferencing through apps such as Google Meet that are included in the Samsung Smart Hub. 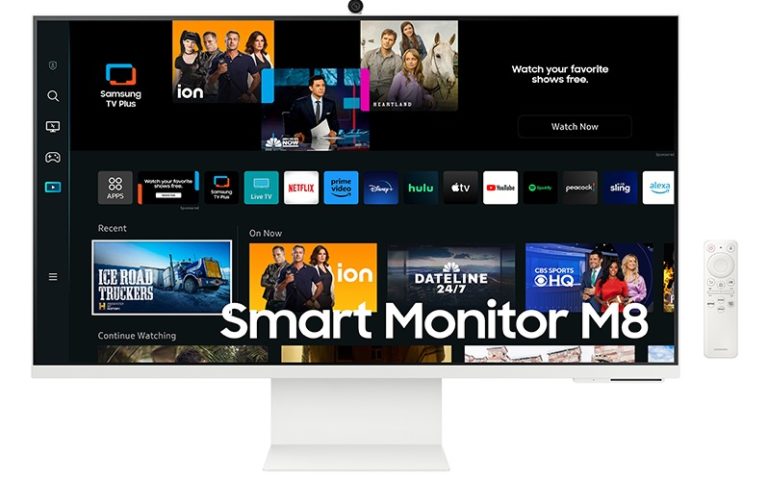 The Smart Monitor M8 (Model Number: M80C) features stylish and slim design and now comes in a new 27” size in addition to the existing 32” size, both with 4K resolution. It comes in four color options that allow this monitor to fit in any room: Daylight Blue, Spring Green, Sunset Pink, or Warm White.

Mouse control functionality has been added to many of the Smart Monitor’s over-the-top apps, including SmartThings and the Smart Hub, for a new level of convenient control without a remote.

Users can use the Smart Monitor M8 to get instant access to Prime Video, Netflix, YouTube and other over-the-top services through Smart Hub. They can also easily access Samsung Gaming Hub, the all-in-one game streaming platform.

The new My Contents feature provides users with helpful information at a glance. When the monitor is on standby mode and detects a registered smartphone through low-power Bluetooth, it shows the user’s personalized photos, schedule and more on the screen. The monitor returns to standby mode when the phone moves out of range.

The integrated SlimFit camera in the Smart Monitor M8 has been upgraded with 2K resolution and works with video conferencing apps such as Google Meet.

In addition, the Smart Monitor M8 is also protected by Samsung Knox Vault, which encrypts personal data and keeps stored files and information isolated from the device’s main operating system to safeguard it from attacks.