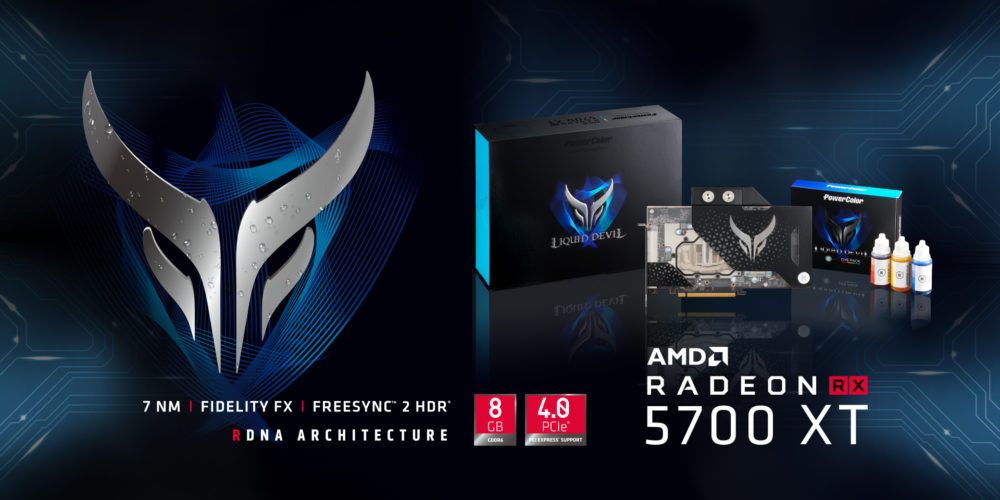 TUL Corporation, a leading manufacturer of AMD graphic cards since 1997, brings out a Navi first with a water cooled RX 5700 XT, the Liquid Devil. A long term AMD partner, PowerColor was one of the original adopters of factory overclocked graphics cards and was the first AMD partner to manufacture a graphics cards with premium performance water blocks. PowerColor once again partner with the liquid cooling industry leader EK to customize a uniquely designed water block for its custom RX 5700 XT for unmatched thermals and performance.

Featuring a nickel plated copper base, the Liquid Devil provides the better heat transfer capabilities of copper with the corrosion protection of the nickel, with the added bonus of making for a clean and sleek aesthetic. In order to maximize the potential of the PowerColor Liquid Devil, only the best 5700 XT GPUs which have been binned specifically for lower temperature and higher clock speeds have been selected for use, making sure that all Liquid Devil cards are the able to hit the highest performance points. 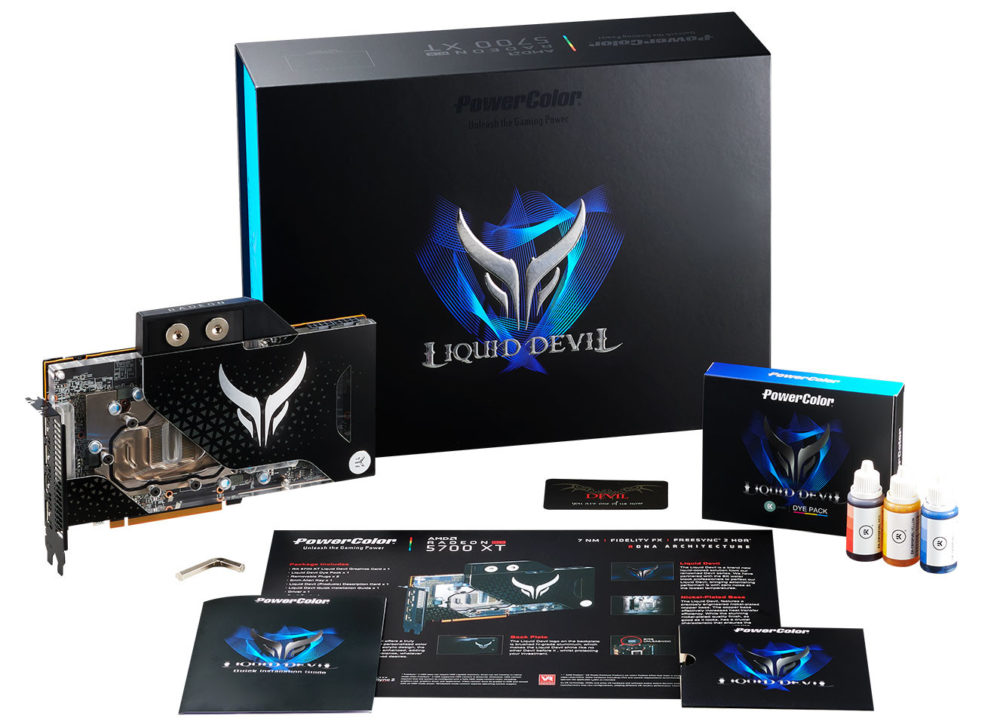 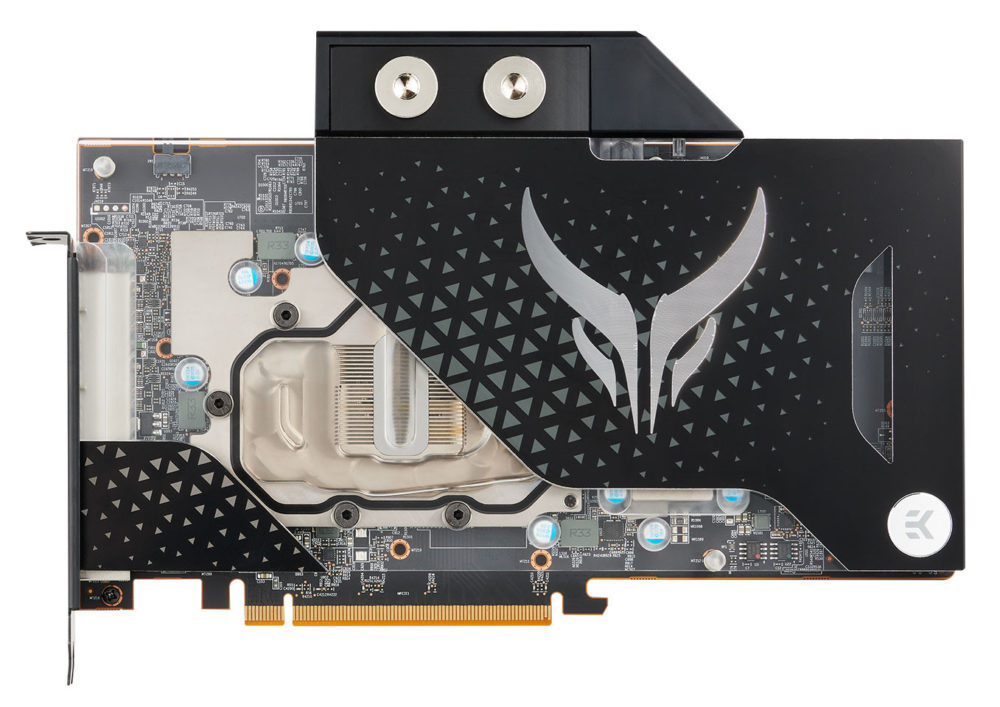 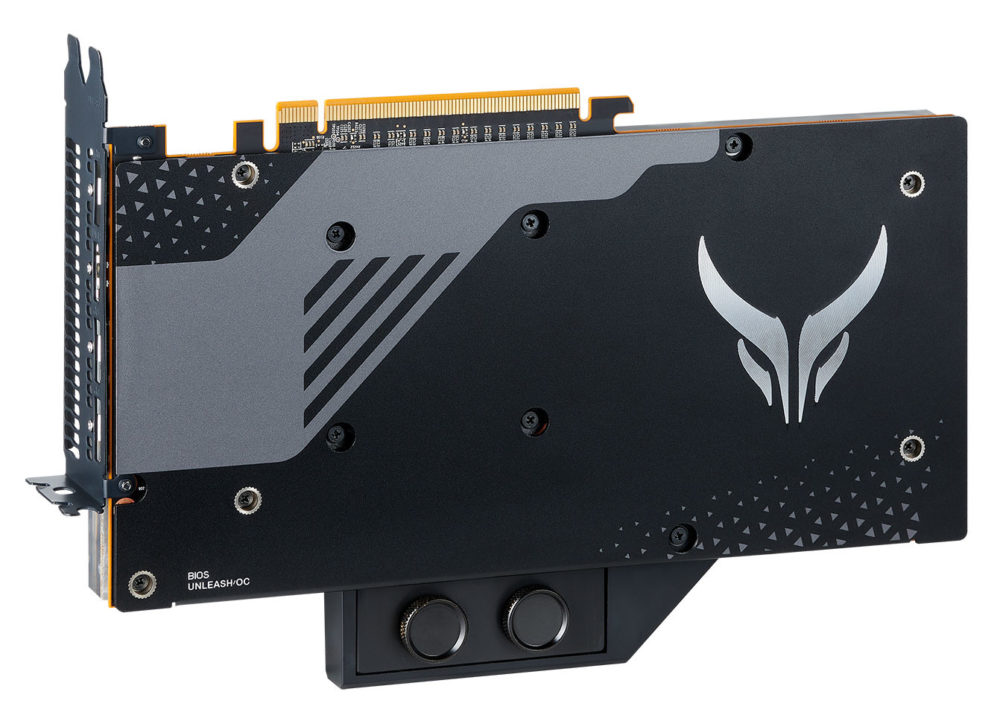 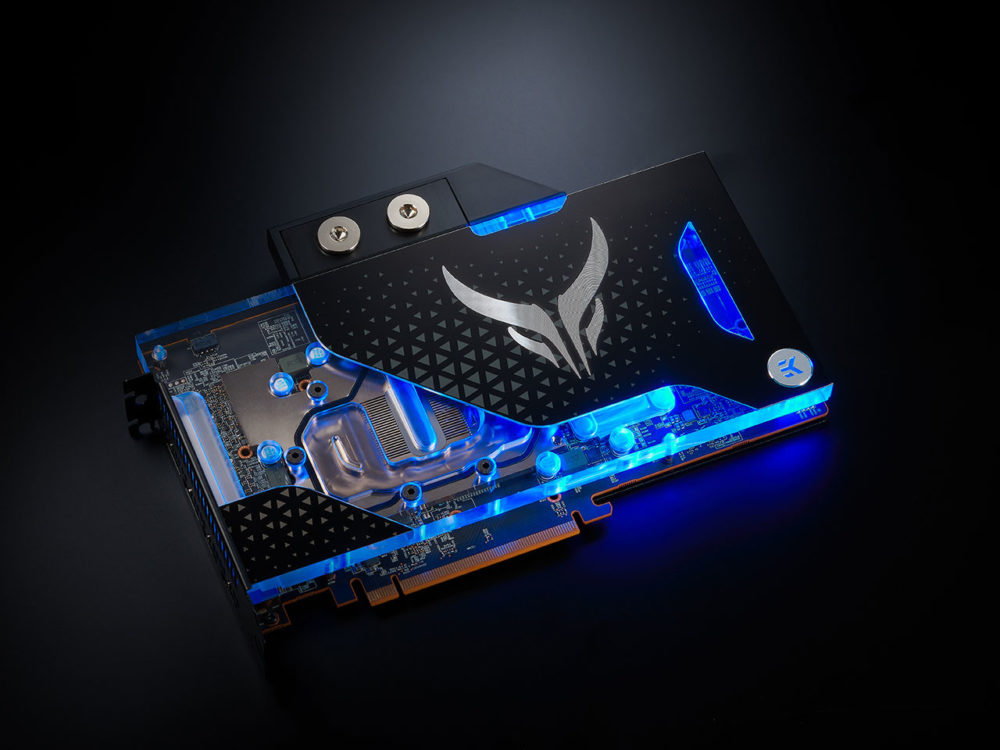 In addition to the binned components, PowerColor has built the Liquid Devil with a new 12-layer PCB designed with 10-phase VRMs, utilizing DrMOS and high polymer capacitors capable of handling over 300 W of power: plenty of just for anyone who wishes to utilize the Unleash BIOS to its full potential.

Where the standard RX 5700 XT models that have a dual BIOS option feature an OC and Silent mode, the Liquid Devil features an Unleash and OC mode. The OC mode is the typical overclock seen on models such as the Red Devil and Red Dragon. The Unleash BIOS kicks this up a notch, running at record breaking clocks and performance that can only the binned GPU modules can maintain. 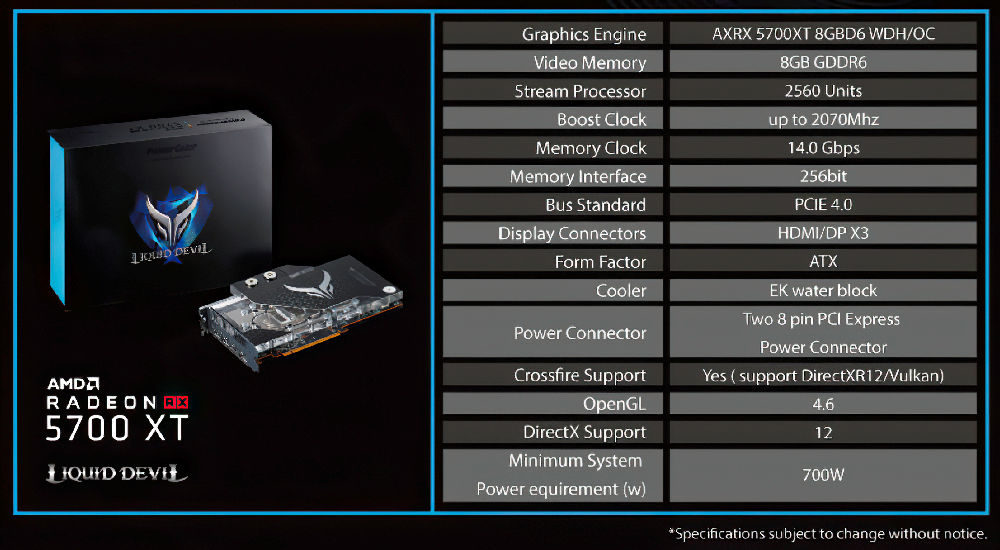