Announcing the PCIe® 7.0 Specification: Doubling the Data Rate to 128 GT/s for the Next Generation of Computing 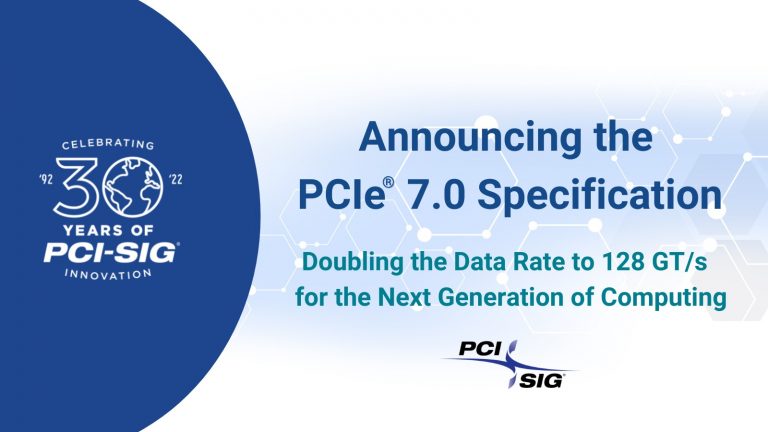 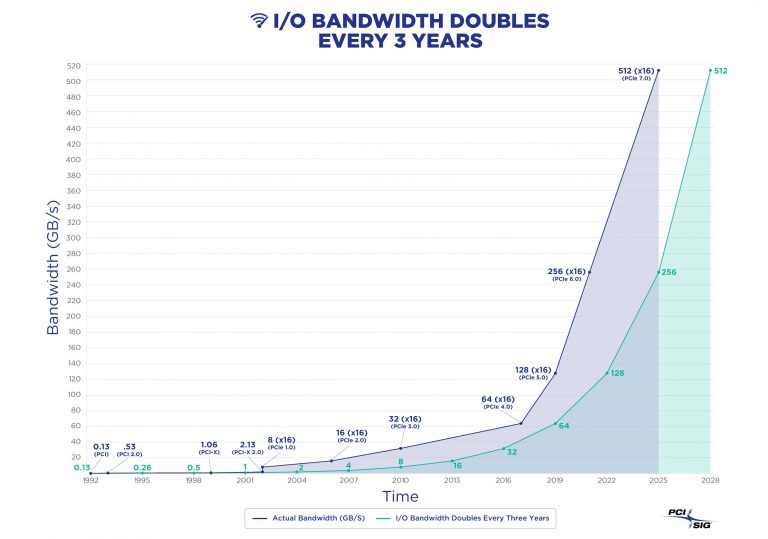 PCI-SIG technical workgroups will be developing the PCIe 7.0 specification with the following feature goals: 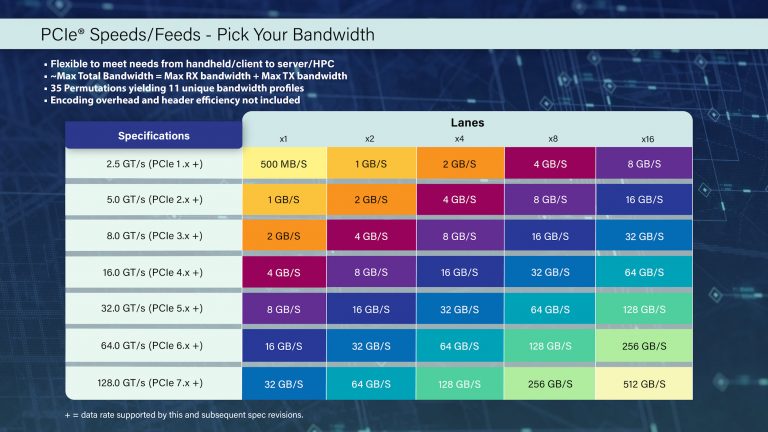 Companies planning their roadmaps can include the next generation of PCIe technology with the assurance that it will meet their needs for a reliable, high-speed, low latency I/O interconnect. PCIe 7.0 technology will expand the PCI-SIG roadmap to include data-intensive applications and markets, including 800 Gig Ethernet, Artificial Intelligence and Machine Learning (AI/ML), High Performance Computing (HPC), Quantum Computing, Hyperscale Data Centers and Cloud.