Leveling up your games with the cutting-edge technologies found in the biggest blockbusters just got a lot simpler. As of today, Unreal Engine 4 (UE4) developers can now access DLSS as a plugin for Unreal Engine 4.26. Additionally, NVIDIA Reflex is now available as a feature in Unreal Engine. The NVIDIA RTX UE4 4.25 and 4.26 branches have also received updates.

DLSS is now available for the first time for mainline UE4 as a plugin, compatible with UE4.26. Enjoy great scaling across all GeForce RTX GPUs and resolutions, including the new ultra performance mode for 8K gaming. 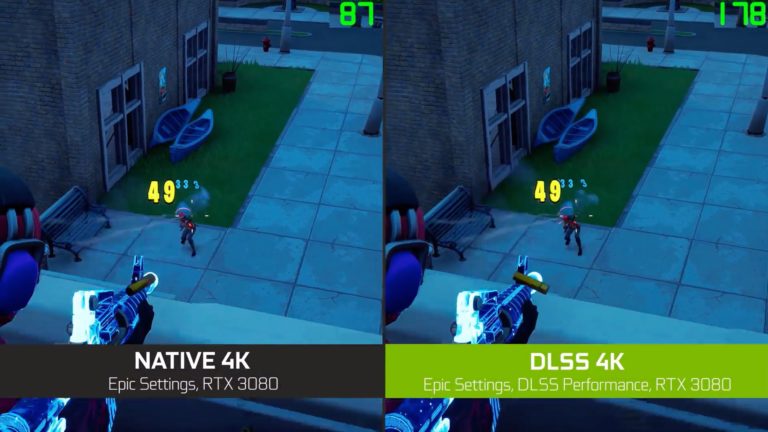 NVIDIA Reflex is a toolkit to measure, debug and improve CPU+GPU latency in competitive multiplayer games.  It is now available to all developers through UE4 mainline.

In addition to UE4 titles such as Fortnite, developers such as Activision Blizzard, Ubisoft, Riot, Bungie and Respawn are using Reflex now. Pull the latest change list from UE4 mainline today to improve system latency in your game.

Download the latest branch here to benefit from all of NVIDIA’s cutting-edge features.

With our work with ray tracing, DLSS and Reflex, NVIDIA is revolutionizing what is possible from a GPU.

Now all Unreal Engine developers can easily use these same technologies in your games, thanks to UE4 integration.