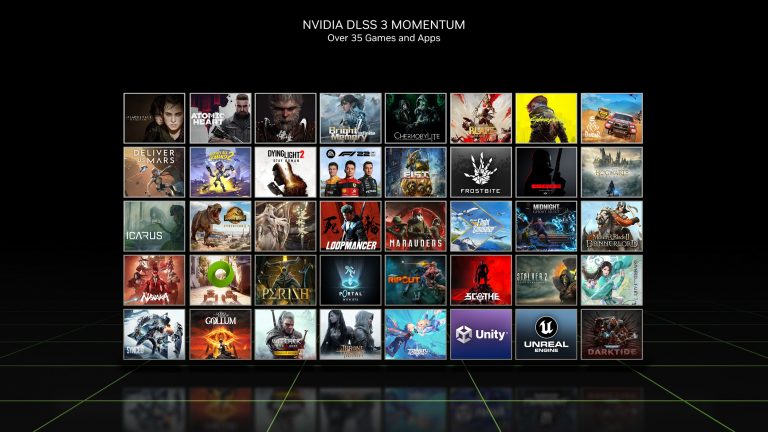 Today, we are excited to announce NVIDIA DLSS 3, the next revolution in neural graphics. Combining DLSS Super Resolution, all-new DLSS Frame Generation, and NVIDIA Reflex, running on the new hardware capabilities of GeForce RTX 40 Series GPUs, DLSS 3 multiplies performance by up to 4X over brute-force rendering. DLSS 3 is already being rapidly adopted by the ecosystem, with over 35 games and applications integrating the technology, the first of which launch in October.

The Evolution of NVIDIA DLSS
When we first introduced NVIDIA DLSS, we set out to redefine real-time rendering through AI-based super resolution – rendering fewer pixels and then using AI to construct sharp, higher resolution images. Less than two years later, we introduced the world to NVIDIA DLSS 2, which further improved image quality and performance with a generalized neural network that could adapt to all games and scenes without specific training. DLSS 2 is now widely adopted in 216 games and apps, along with support in Unity and Unreal Engine. DLSS 2 continues to improve through ongoing training on NVIDIA’s AI supercomputer, with 4 major updates released to date, which have brought further enhancements to image quality. 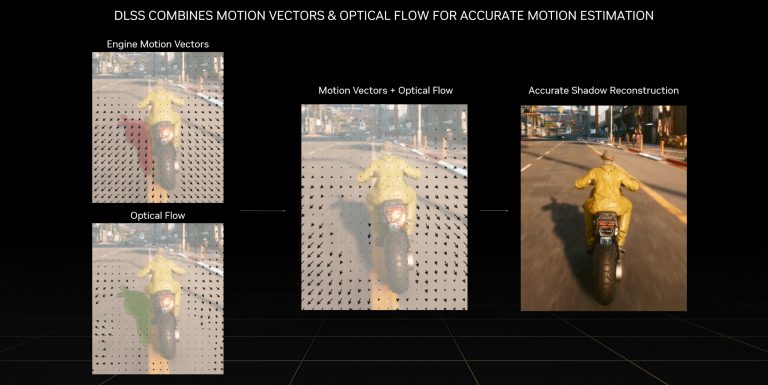 Ada’s Optical Flow Accelerator analyzes two sequential in-game frames and calculates an optical flow field. The optical flow field captures the direction and speed at which pixels are moving from frame 1 to frame 2. The Optical Flow Accelerator is able to capture pixel-level information such as particles, reflections, shadows, and lighting, which are not included in game engine motion vector calculations. In the motorcycle example below, the motion flow of the motorcyclist accurately represents that the shadow stays in roughly the same place on the screen with respect to their bike.

For each pixel, the DLSS Frame Generation AI network decides how to use information from the game motion vectors, the optical flow field, and the sequential game frames to create intermediate frames. By using both engine motion vectors and optical flow to track motion, the DLSS Frame Generation network is able to accurately reconstruct both geometry and effects, as seen in the picture below. 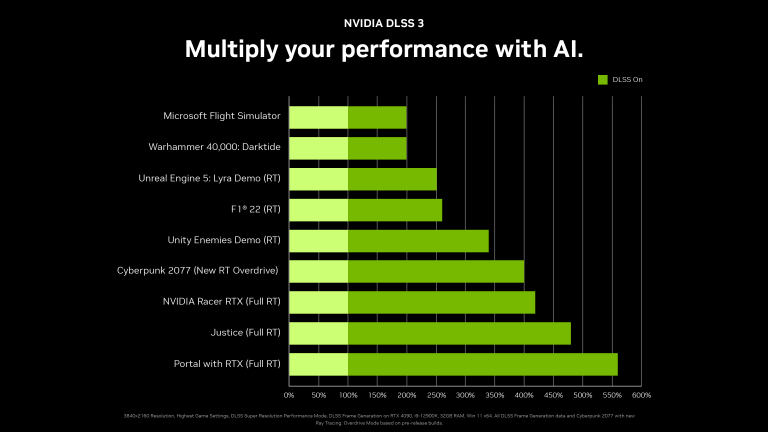