SANTA CLARA, Calif., April 12, 2021 — GTC — NVIDIA today announced a range of eight new NVIDIA Ampere architecture GPUs for next-generation laptops, desktops and servers that make it possible for professionals to work from wherever they choose, without sacrificing quality or time. 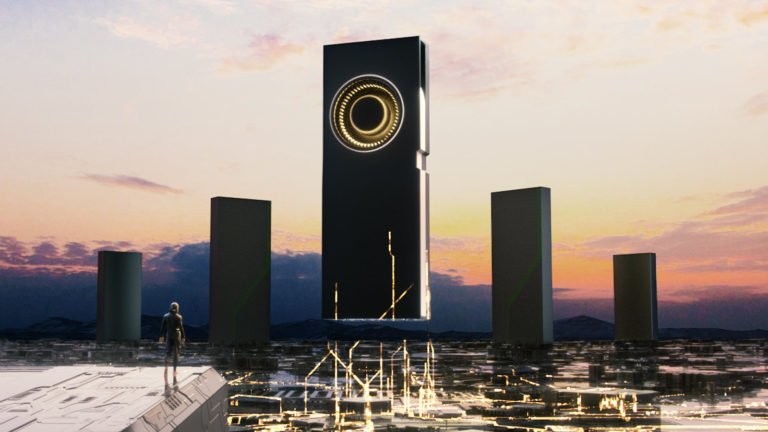 “Hybrid work is the new normal,” said Bob Pette, vice president of Professional Visualization at NVIDIA. “RTX GPUs, based on the NVIDIA Ampere architecture, provide the performance for demanding workloads from any device so people can be productive from wherever they need to work.”

For desktops, the new NVIDIA RTX A5000 and NVIDIA RTX A4000 GPUs feature new RT Cores, Tensor Cores and CUDA® cores to speed AI, graphics and real-time rendering up to 2x faster than previous generations.

For professionals on the go needing thin and light devices, the new NVIDIA RTX A2000, NVIDIA RTX A3000, RTX A4000 and RTX A5000 laptop GPUs deliver accelerated performance without compromising mobility. They include the latest generations of Max-Q and RTX technologies and are backed by the NVIDIA Studio™ ecosystem, which includes exclusive driver technology that enhances creative apps for optimal levels of performance and reliability. 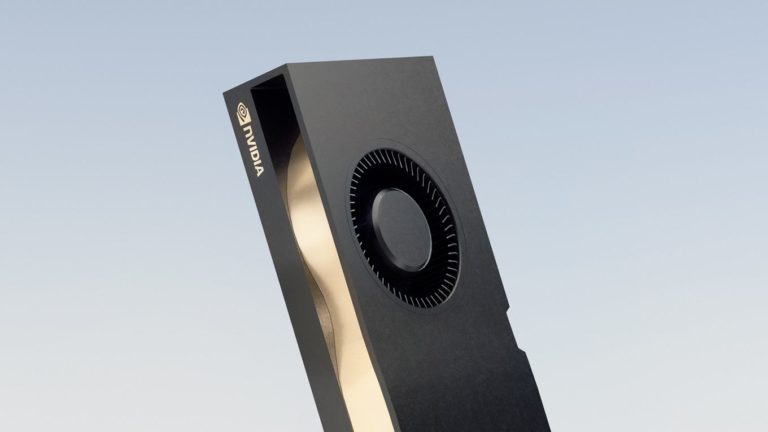 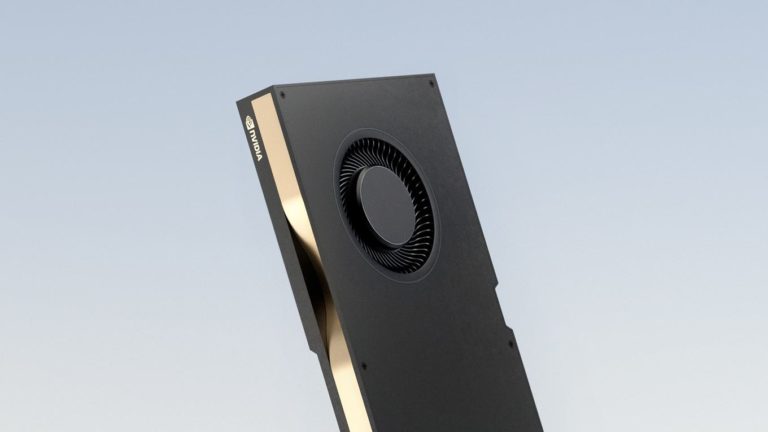 Combined with NVIDIA RTX Virtual Workstation (vWS) and NVIDIA Virtual PC (vPC) software, the A10 and A16 GPUs deliver more power, memory and speed to boost any workflow, from graphics and AI to VDI, so users can focus more time on working efficiently and productively.

Customer Adoption
Among the first to tap into the RTX A5000 is Woods Bagot, a global architectural and consulting practice.

“This new NVIDIA Ampere GPU microarchitecture is a huge leap forward. I was shocked by the performance gain I saw with the NVIDIA RTX A5000 versus the equivalent model previous generation RTX when running applications such as Chaos Vantage and NVIDIA Omniverse,” said Robert Cervellione, studio leader of Design Technology at Woods Bagot. “It’s clear the NVIDIA RTX A5000 professional GPU was designed for this intensive multi-tasking compared to game-level cards.”

Polaris, a manufacturer of motorcycles, snowmobiles, ATV and electric vehicles, is also using the RTX A5000.

“Speed is everything when we need to evaluate new concepts for the most adventurous vehicles, and the NVIDIA RTX A5000 really delivers what we need,” said Erick Green, 3D/CGI lead at Polaris. “The basic viewport rendering is incredibly fast in Octane Render — 5x faster — and unlocks things we couldn’t have even tried before.” 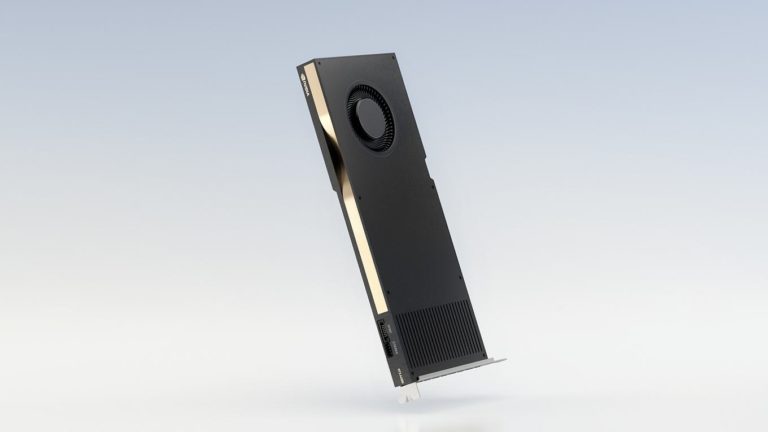 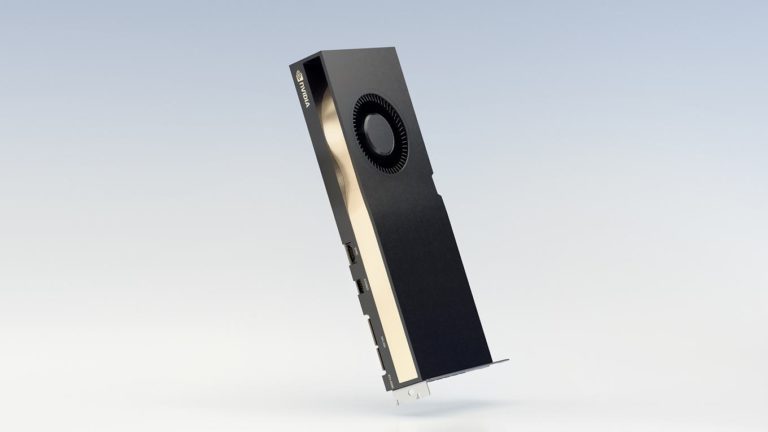 All the NVIDIA RTX GPUs feature the latest technologies in the NVIDIA Ampere architecture:

Desktop GPU features and technology include:

Laptop GPU features and technology include:

NVIDIA also introduced the NVIDIA T1200 and NVIDIA T600 laptop GPUs, based on its previous-generation Turing architecture. Designed for multi-application professional workflows, these GPUs are a significant upgrade in performance and capabilities from integrated graphics.

The new NVIDIA RTX laptop GPUs will be available in mobile workstations anticipated in Q2 this year from global OEMs. 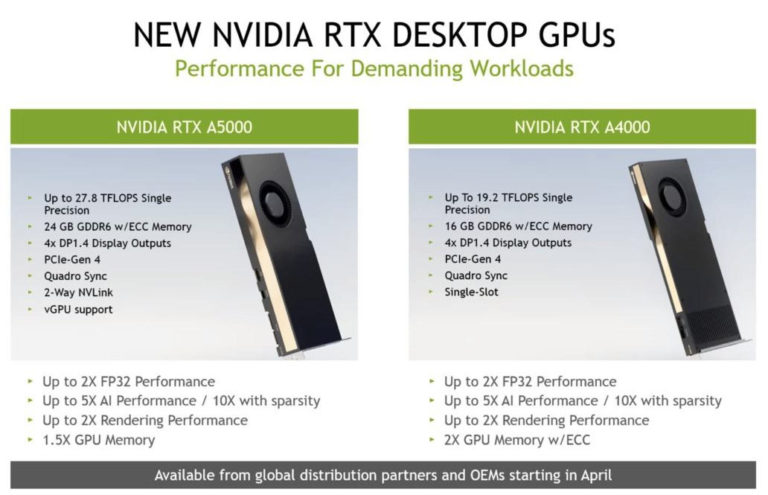 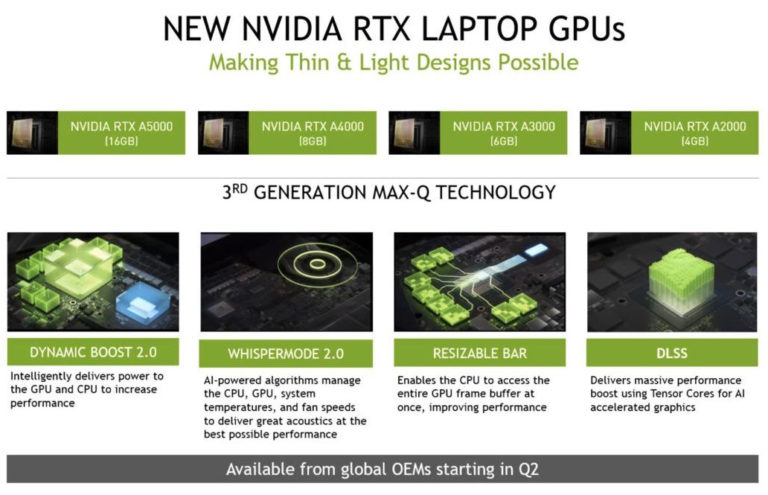