Battlefield™ 2042 arrives October 22nd, boasting some of the biggest maps in the franchise’s history, loaded with up to 128 players on PC, transformative weather events, and signature Battlefield moments. It looks spectacular, and on PC Battlefield 2042 gets even better thanks to NVIDIA’s partnership with EA and DICE. 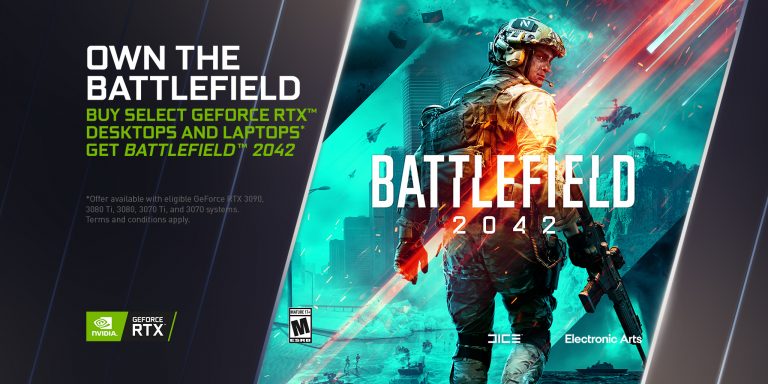 Performance will be accelerated by the award-winning NVIDIA DLSS, and system latency reduced by NVIDIA Reflex, giving you a competitive edge on the battlefield.

To celebrate GeForce RTX being the official Battlefield 2042 PC graphics platform partner, we have today launched a bundle. With the purchase of a GeForce RTX-powered desktop PC or laptop, to enjoy Battlefield 2042 at its very best, you will get the standard edition game. Plus, you’ll receive Early Access to an upcoming Beta, and bonus pre-order-exclusive cosmetics. 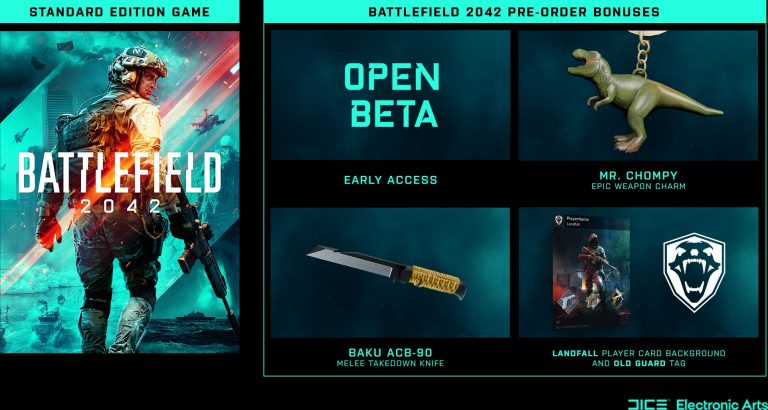 To add the Battlefield 2042 GeForce RTX bundle to your arsenal, head to one of our participating retailers, and simply select an eligible desktop PC or laptop powered by a GeForce RTX 3090, 3080 Ti, 3080, 3070 Ti, or 3070. Once your new system is in grasp, you’ll receive digital codes gifting you Battlefield 2042 and aforementioned goodies.