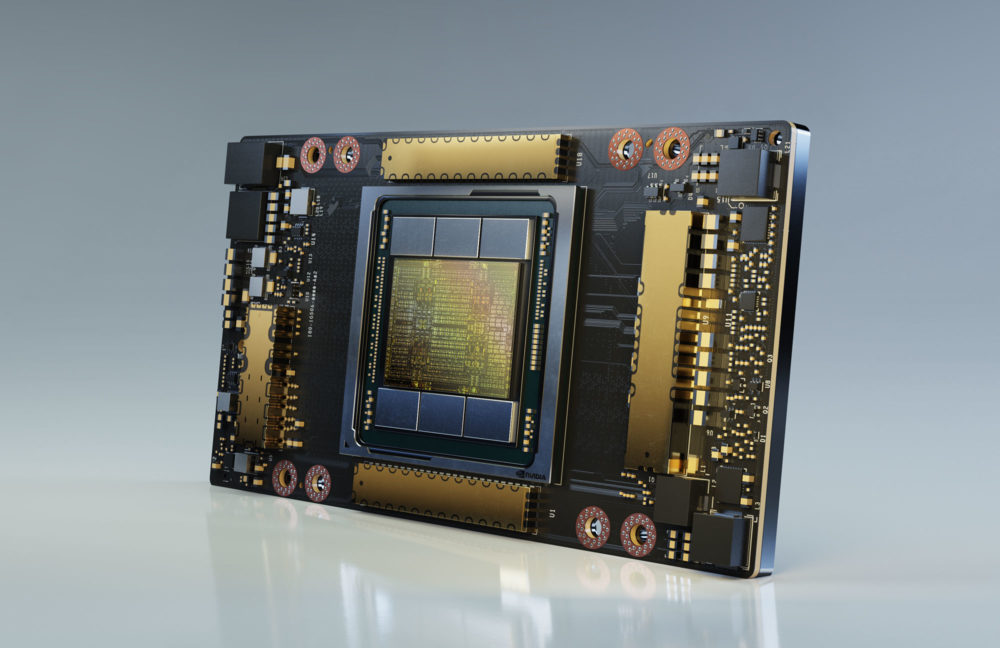 SANTA CLARA, Calif., May 14, 2020 — NVIDIA today announced that the first GPU based on the NVIDIA® Ampere architecture, the NVIDIA A100, is in full production and shipping to customers worldwide.


The A100 draws on design breakthroughs in the NVIDIA Ampere architecture — offering the company’s largest leap in performance to date within its eight generations of GPUs — to unify AI training and inference and boost performance by up to 20x over its predecessors. A universal workload accelerator, the A100 is also built for data analytics, scientific computing and cloud graphics.

“The powerful trends of cloud computing and AI are driving a tectonic shift in data center designs so that what was once a sea of CPU-only servers is now GPU-accelerated computing,” said Jensen Huang, founder and CEO of NVIDIA. “NVIDIA A100 GPU is a 20x AI performance leap and an end-to-end machine learning accelerator — from data analytics to training to inference. For the first time, scale-up and scale-out workloads can be accelerated on one platform. NVIDIA A100 will simultaneously boost throughput and drive down the cost of data centers.”

New elastic computing technologies built into A100 make it possible to bring right-sized computing power to every job. A multi-instance GPU capability allows each A100 GPU to be partitioned into as many as seven independent instances for inferencing tasks, while third-generation NVIDIA NVLink® interconnect technology allows multiple A100 GPUs to operate as one giant GPU for ever larger training tasks. 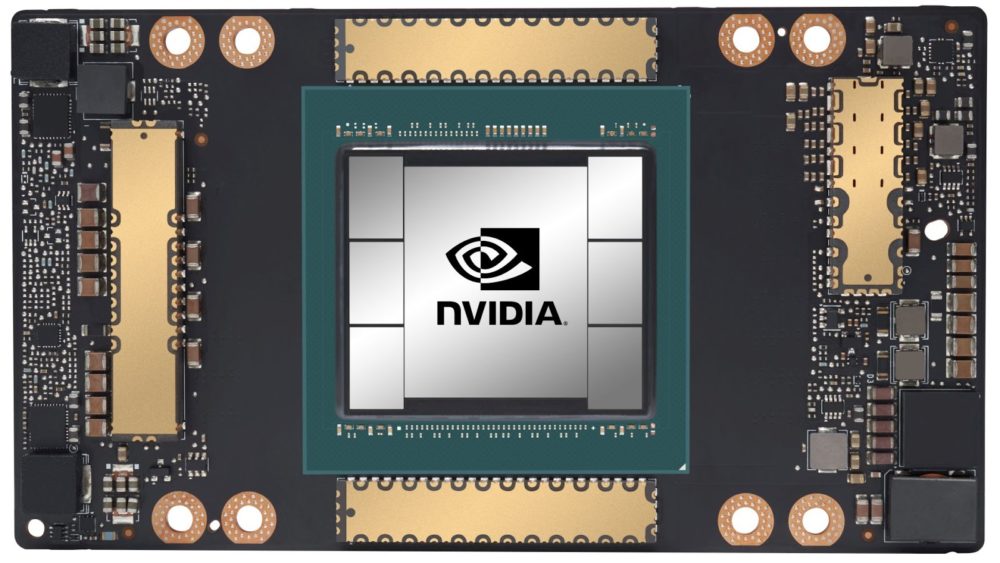 Immediate Adoption Worldwide
Among the first to tap into the power of NVIDIA A100 GPUs is Microsoft, which will take advantage of their performance and scalability.

DoorDash, an on-demand food platform serving as a lifeline to restaurants during the pandemic, notes the importance of having a flexible AI infrastructure.

“Modern and complex AI training and inference workloads that require a large amount of data can benefit from state-of-the-art technology like NVIDIA A100 GPUs, which help reduce model training time and speed up the machine learning development process,” said Gary Ren, machine learning engineer at DoorDash. “In addition, using cloud-based GPU clusters gives us newfound flexibility to scale up or down as needed, helping to improve efficiency, simplify our operations and save costs.”

Other early adopters include national laboratories and some of the world’s leading higher education and research institutions, each using A100 to power their next-generation supercomputers. They include: 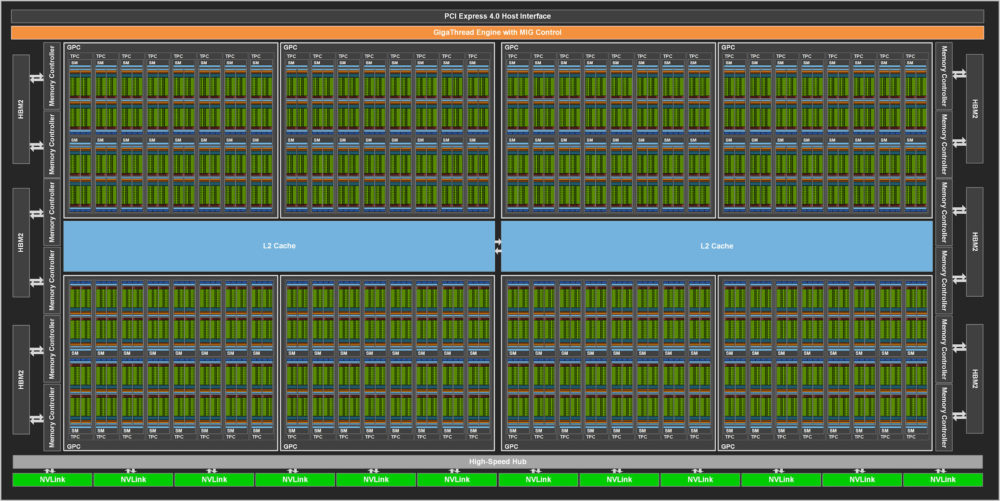 Five Breakthroughs of A100
The NVIDIA A100 GPU is a technical design breakthrough fueled by five key innovations:

NVIDIA A100 Available in New Systems, Coming to Cloud Soon
The NVIDIA DGX™ A100 system, also announced today, features eight NVIDIA A100 GPUs interconnected with NVIDIA NVLink. It is available immediately from NVIDIA and approved partners.

To help accelerate development of servers from its partners, NVIDIA has created HGX A100 — a server building block in the form of integrated baseboards in multiple GPU configurations.

The four-GPU HGX A100 offers full interconnection between GPUs with NVLink, while the eight-GPU configuration offers full GPU-to-GPU bandwidth through NVIDIA NVSwitch™. HGX A100, with the new MIG technology, can be configured as 56 small GPUs, each faster than NVIDIA T4, all the way up to a giant eight-GPU server with 10 petaflops of AI performance.

Software Optimizations for A100
NVIDIA also announced several updates to its software stack enabling application developers to take advantage of A100 GPU’s innovations. They include new versions of more than 50 CUDA-X™ libraries used to accelerate graphics, simulation and AI; CUDA 11; NVIDIA Jarvis, a multimodal, conversational AI services framework; NVIDIA Merlin, a deep recommender application framework; and the NVIDIA HPC SDK, which includes compilers, libraries and tools that help HPC developers debug and optimize their code for A100.