During a global reveal event, the EV maker took the wraps off its latest ET7 sedan, which starts shipping in 2022 and features a new NVIDIA-powered supercomputer, called Adam, that uses NVIDIA DRIVE Orin to deploy advanced automated driving technology.

The announcement marks a major step toward the widespread adoption of intelligent, high-performance electric vehicles, improving standards for both the environment and road users.

NIO has been a pioneer in China’s premium smart electric vehicle market. Since 2014, the automaker has been leveraging NVIDIA for its seamless infotainment experience. And now, with NVIDIA DRIVE powering automated driving features in its future vehicles, NIO is set to redefine mobility with continuous improvement and personalization.

“Autonomy and electrification are the key forces transforming the automotive industry,” said Jensen Huang, NVIDIA founder and CEO. “We are delighted to partner with NIO, a leader in the new energy vehicle revolution—leveraging the power of AI to create the software-defined EV fleets of the future.” 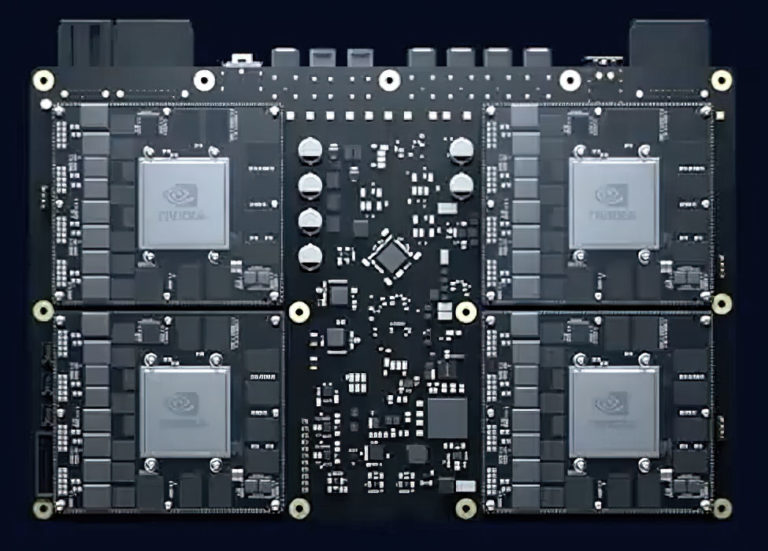 The new NIO Adam supercomputer is one of the most powerful platforms to run in a vehicle. With four NVIDIA DRIVE Orin processors, Adam achieves more than 1,000 TOPS of performance.

Orin is the world’s highest-performance, most-advanced AV and robotics processor. This supercomputer on a chip is capable of delivering up to 254 TOPS to handle the large number of applications and deep neural networks that run simultaneously in autonomous vehicles and robots, while achieving systematic safety standards such as ISO 26262 ASIL-D.

By using multiple SoCs, Adam integrates the redundancy and diversity necessary for safe autonomous operation. The first two SoCs process the 8 gigabytes of data produced by the vehicle’s sensor set every second. The third Orin serves as a backup to ensure the system can still operate safely in any situation, while the fourth enables local training, improving the vehicle with fleet learning as well as personalizing the driving experience based on individual user preferences.

With high-performance compute at its core, Adam is a major achievement in the creation of automotive intelligence and autonomous driving.

NIO took the wraps off its much-anticipated ET7 sedan — the production version of its original EVE concept first shown in 2017.

The flagship vehicle leapfrogs current model capabilities, with more than 600 miles of battery range and advanced autonomous driving. As the first vehicle equipped with Adam, the ET7 can perform point-to-point autonomy, leveraging 33 sensors and high-performance compute to continuously expand the domains in which it operates — from urban to highway driving to battery swap stations.

The intelligent sedan ensures a seamless experience from the moment the driver approaches the car. With a highly accurate digital key and soft-closing doors, users can open the car with a gentle touch. Enhanced driver monitoring and voice recognition enable easy interaction with the vehicle. And sensors on the bottom of the ET7 detect the road surface so the vehicle can automatically adjust the suspension for a smoother ride.

With AI now at the center of the NIO driving experience, the ET7 and upcoming NVIDIA-powered models are heralding the new generation of intelligent transportation.