[Taipei, Taiwan] MSI, the world-leading motherboard manufacturer, proudly announces AMD A520 series motherboards. Ever since AMD launched Ryzen Desktop Processors with AM4 platform, MSI has occupied the market with its AM4 motherboards. A520 is the successor of A320, which does not support PCIe 4.0 and upgrades all PCIe 2.0 lanes to PCIe 3.0. With the support of 7nm 3rd Gen Ryzen and Ryzen 4000 G-series processors, A520 is the best choice for Ryzen 3 and Ryzen 3 PRO processors.

Together with the AM4 Ryzen processors, MSI offers an A520 motherboard lineup from MAG Series to PRO Series with MSI’s exclusive features to satisfy all types of users’ needs. Exclusive DDR4 Boost and A-XMP provide stability and compatibility to memory and push its performance up to 4600MHz. Moreover, all MSI A520 motherboards adopt a premium 2oz thickened copper PCB to provide better performance and stability.
msi AMD A520 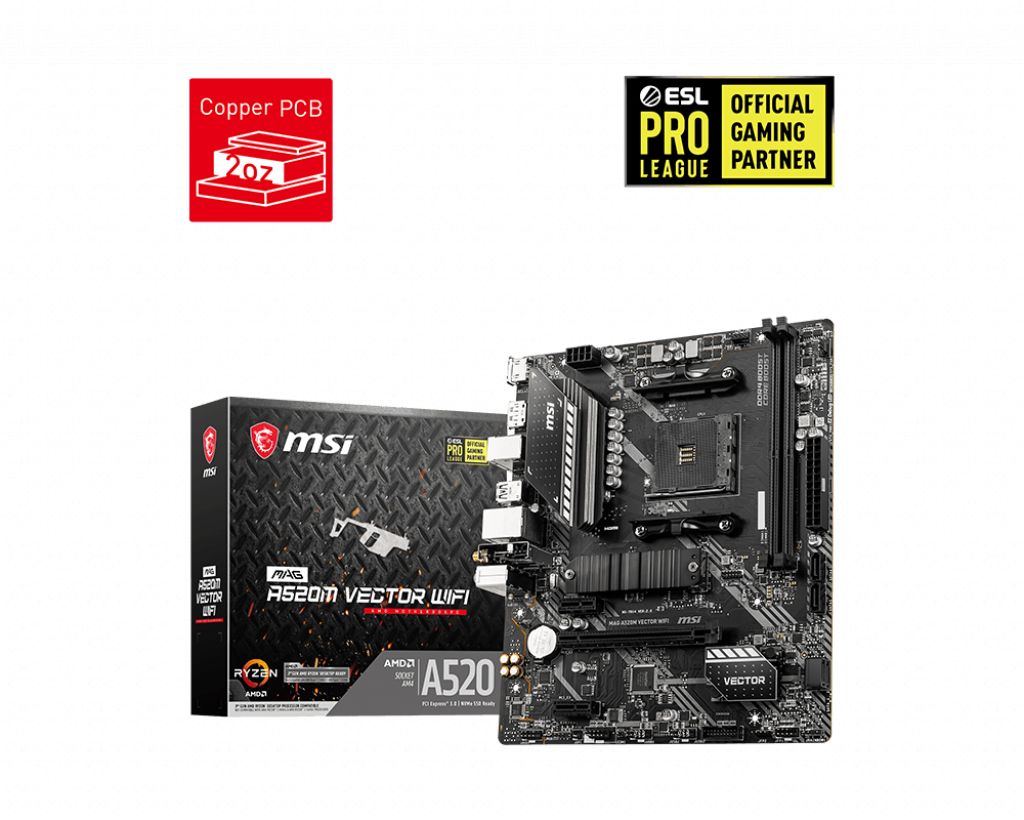 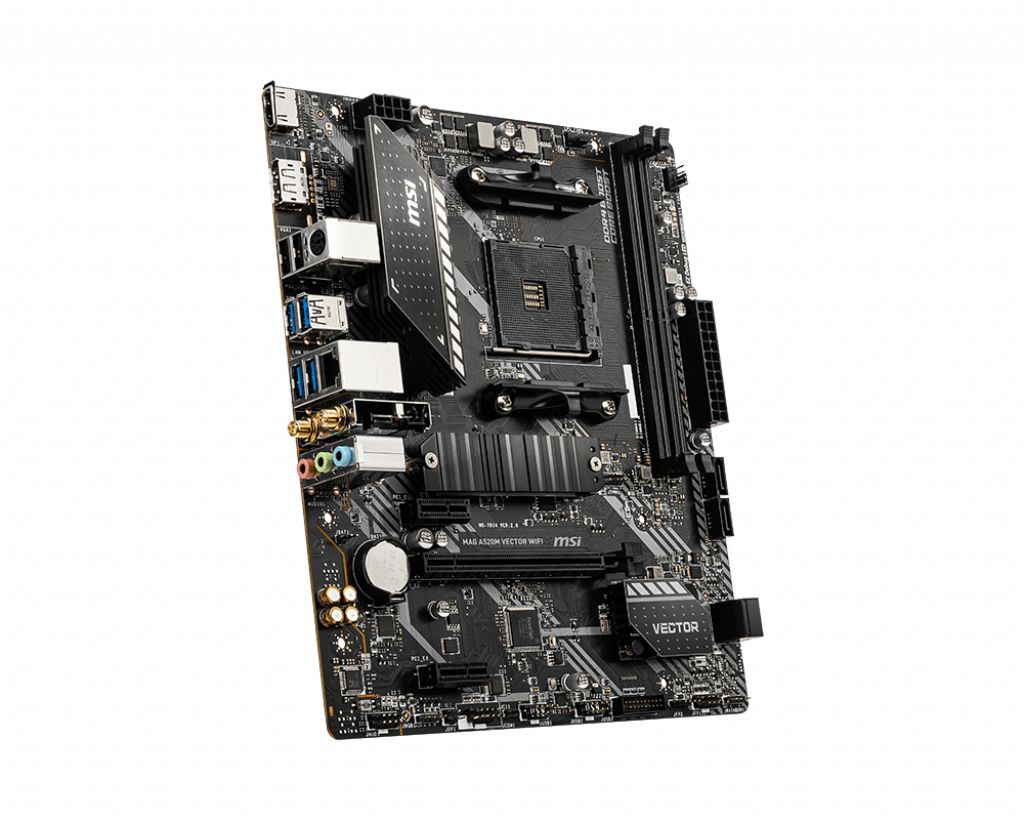 MAG A520M VECTOR WIFI is the latest weapon of MAG Series. Equipped with MSI Extended Heatsink Design, it is well-prepared for the potential rise in temperature. Turbo M.2 with M.2 Shield Frozr allows for maximum performance without throttling condition. It supports Wi-Fi AC 3168 and Gigabit LAN to provide the flexibility of networking experiences. Onboard DisplayPort and HDMI bring the APU’s performance into full play.

FOR PRO AND BUSINESS – PRO SERIES AND DASH LAN

A520M PRO-C DASH is designed for a business and corporate environment, with the featured COM port, Printer port, and DASH LAN fulfilling all the workplace’s needs. 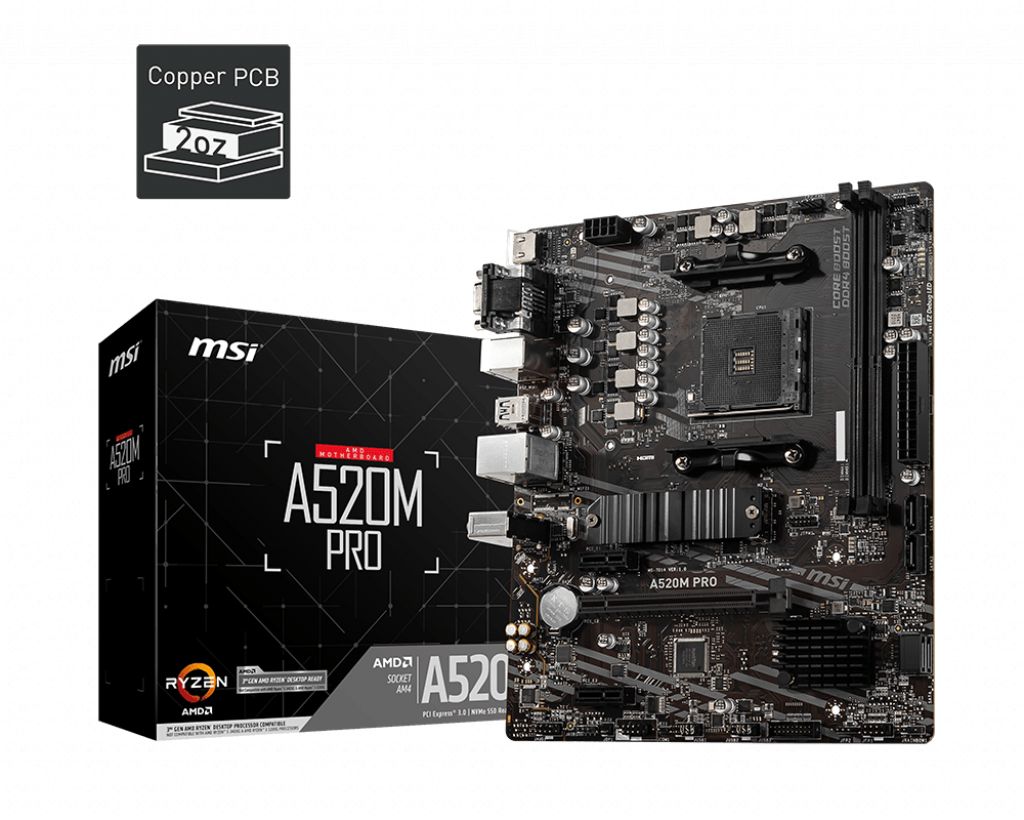 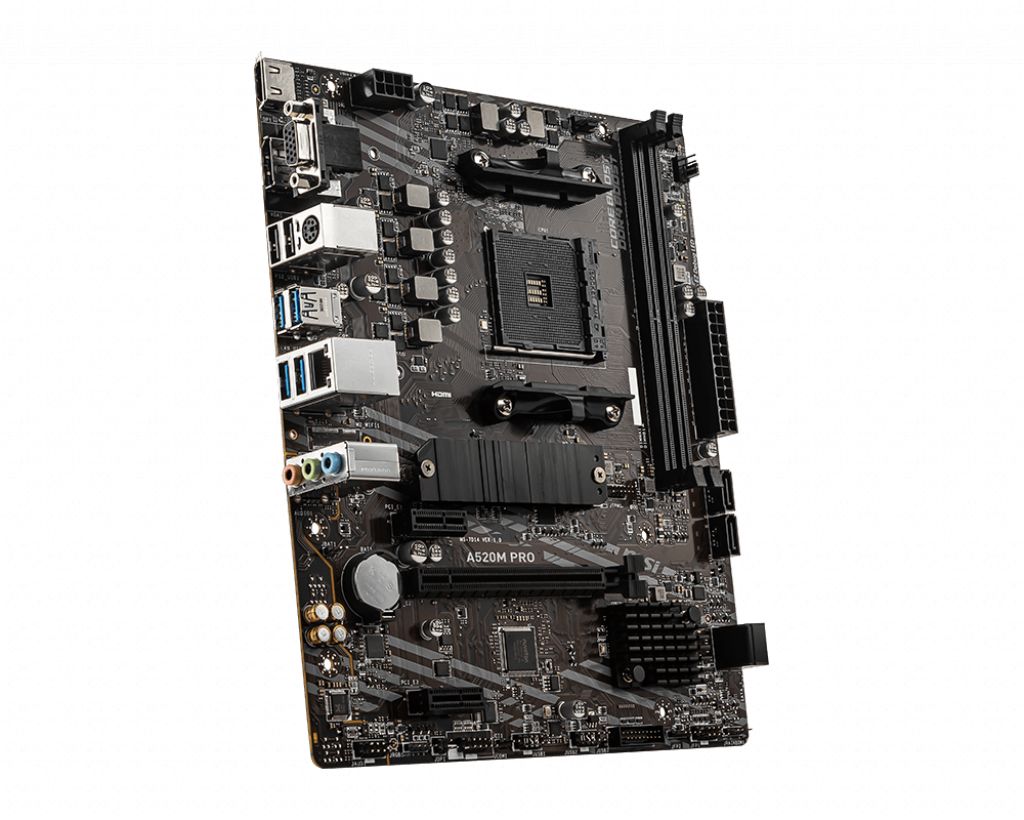 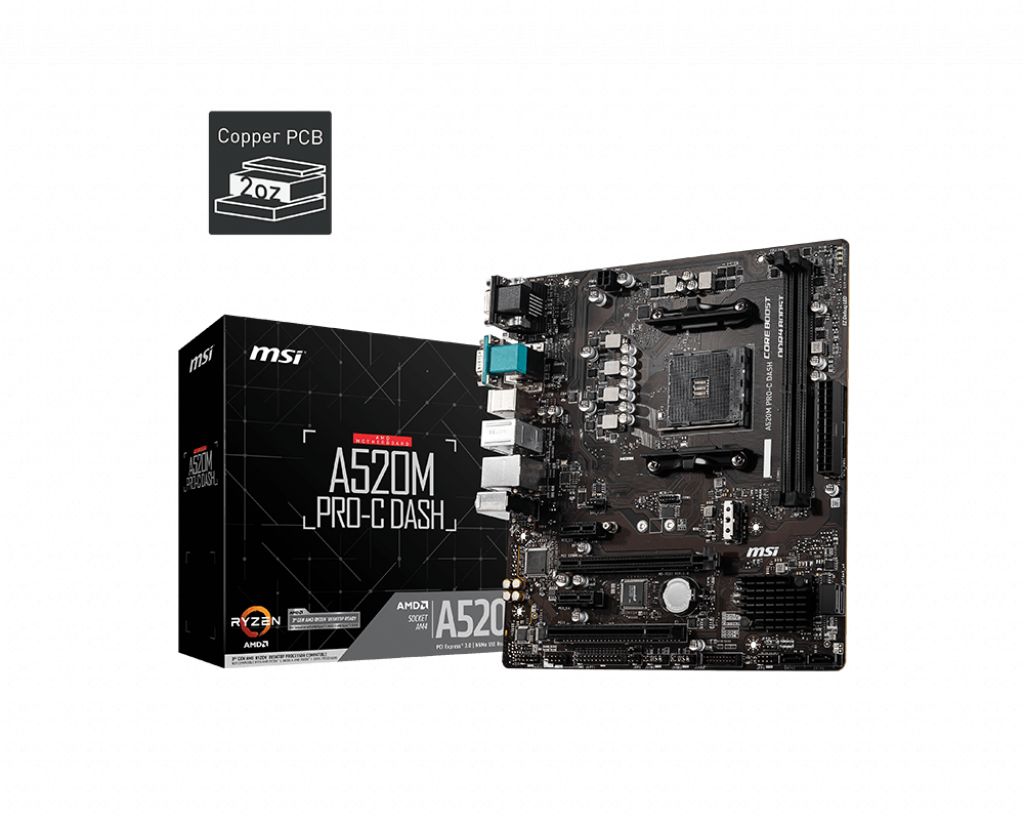 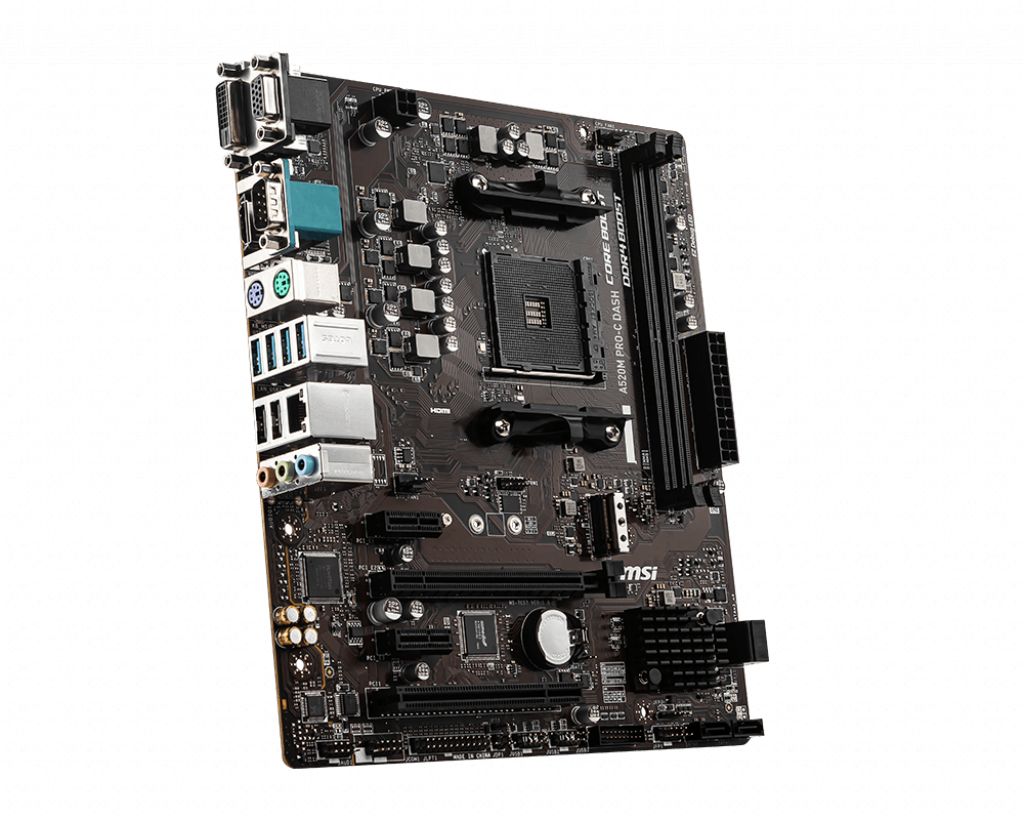 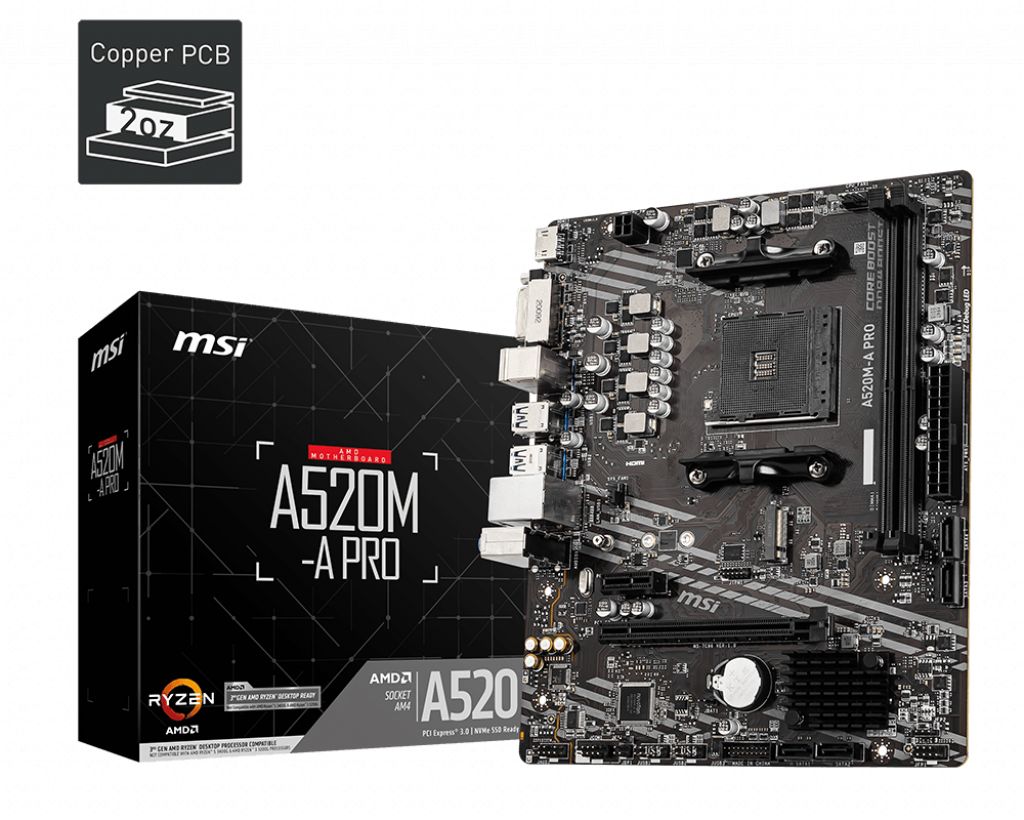 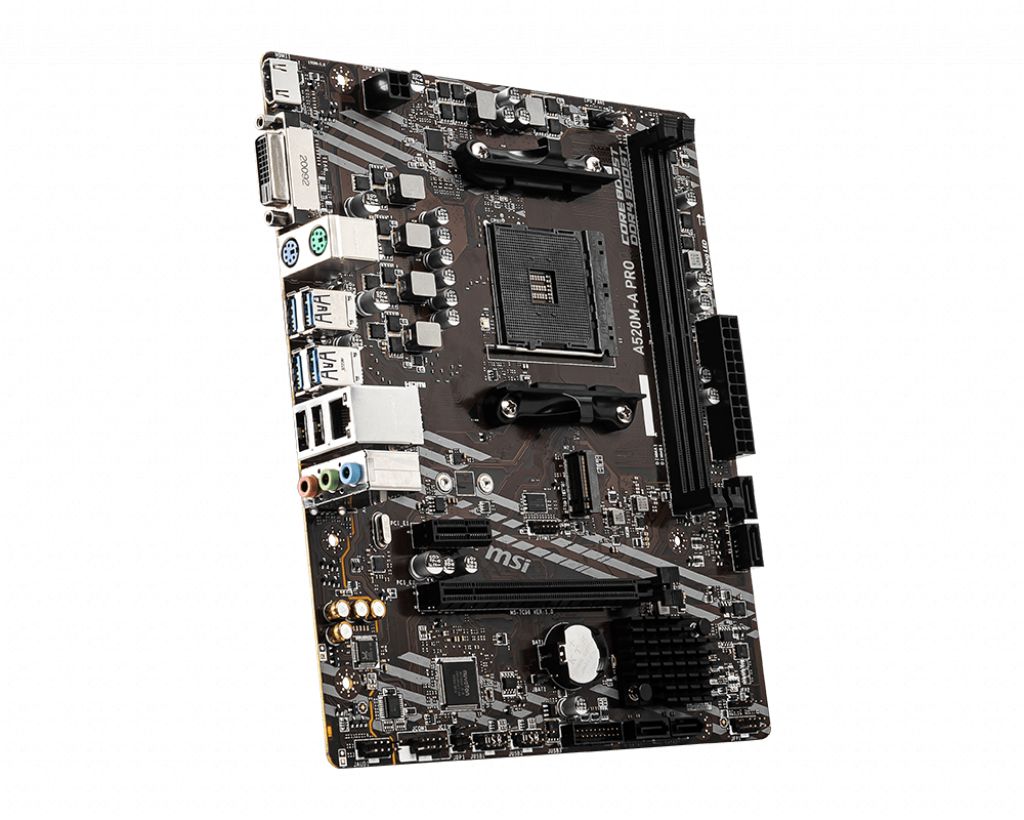