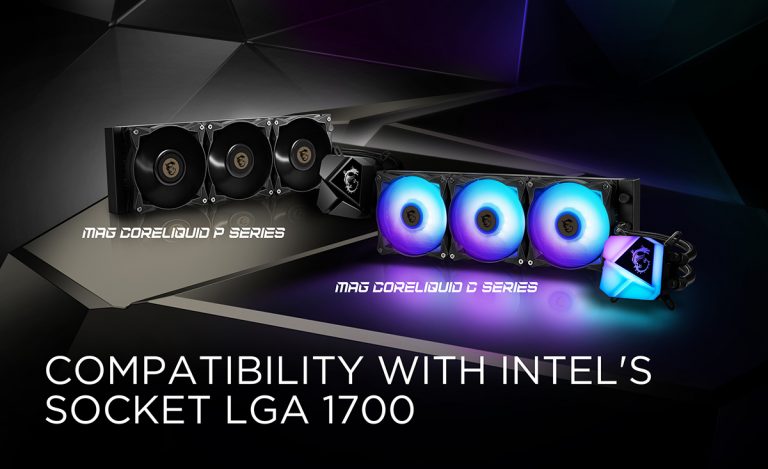 LGA 1700 SUPPORT
One key aspect of these two liquid cooler series is the socket support. Due to the new LGA 1700 socket, many have questioned whether existing or planned CPU coolers will be compatible with Intel’s impending Alder Lake processors.

Immediately, you will notice both liquid coolers’ water blocks. They are unorthodox and distinctive, well suited for those that are tired of the norm and wish to add something different to their day-to-day lives. It is split into four pieces of unique diamond-cut areas and features our proud MSI logo emblem.

Both liquid coolers’ pumps have been integrated into the radiators for sound dampening and noise reduction. Placing the pump into the radiator also increases the pump’s life expectancy by moving it away from the heat source. The three-phase motor at the core of the pump generates minimal vibrations for long-lasting operation. Regarding cooling performance, the split pathway throughout the radiator rapidly dissipates heat and effectively pumps the cooled liquid back into the loop. 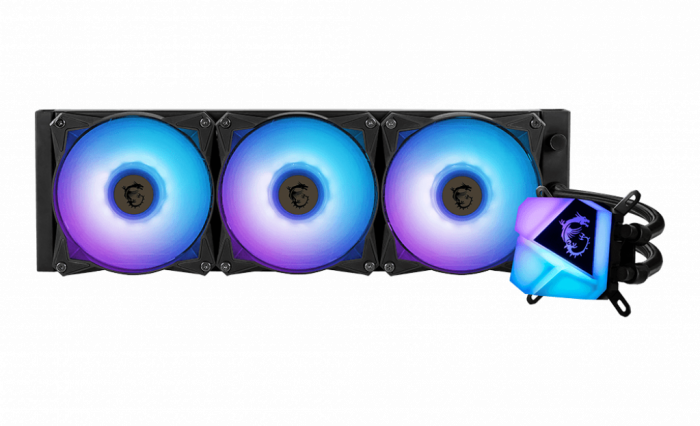 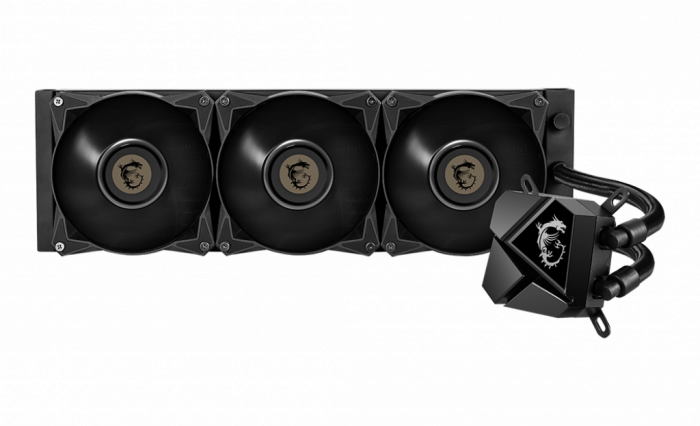