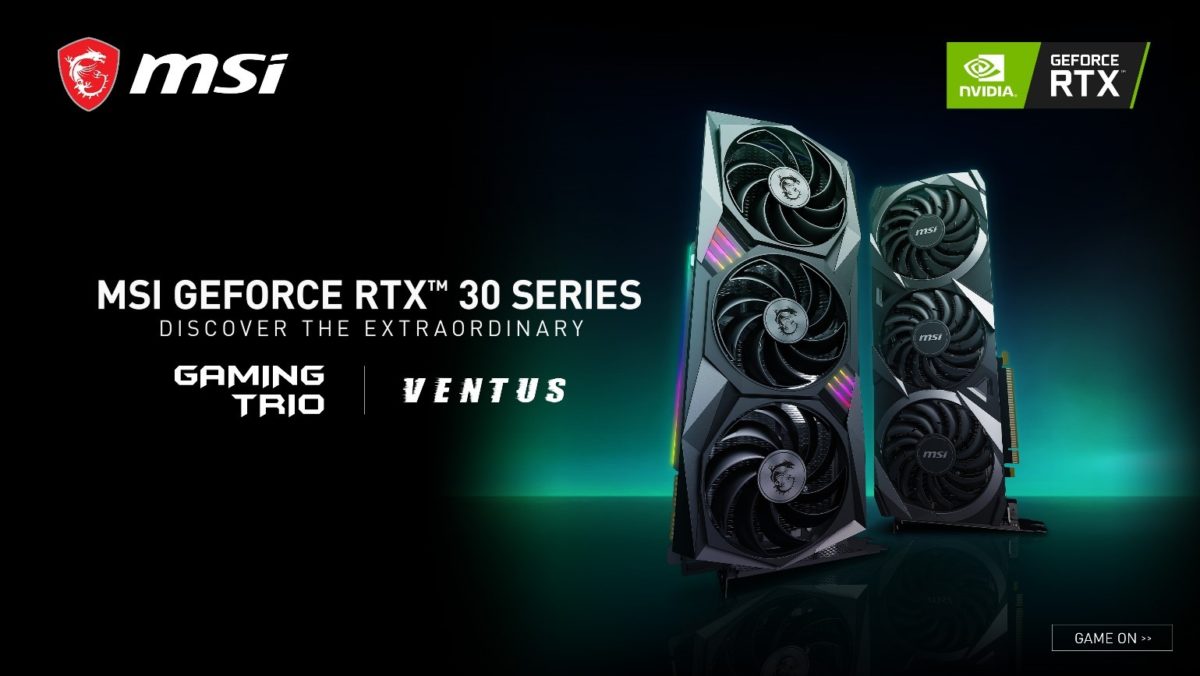 [Taipei, Taiwan] As a leading brand in True Gaming hardware, MSI is proud to share its take on NVIDIA®’s exciting new GeForce RTX™ 30 series GPUs, with graphics cards that unite the latest in graphics technology, high-performance circuit board design, and advanced cooling.

The new NVIDIA® GeForce RTX™ 30 Series GPUs, the 2nd generation of RTX, features new RT Cores, Tensor Cores and streaming multiprocessors, bringing stunning visuals, amazingly fast frame rates, and AI acceleration to games and creative applications. Powered by the NVIDIA Ampere architecture, which delivers increases of up to 1.9X performance-per-watt over the previous generation, the RTX 30 Series effortlessly powers graphics experiences at all resolutions, even up to 8K at the top end. The GeForce RTX™ 3090, 3080, and 3070 represent the greatest GPU generational leap in the history of NVIDIA®.
“As the second generation of RTX, the RTX 30 Series represents the greatest generation leap in the history of gaming GPUs,” said Matt Wuebbling, vice president of global GeForce marketing at NVIDIA®. “We’re excited to see how AIB partners like MSI support our technology in a pursuit for exceptional gaming experiences.” 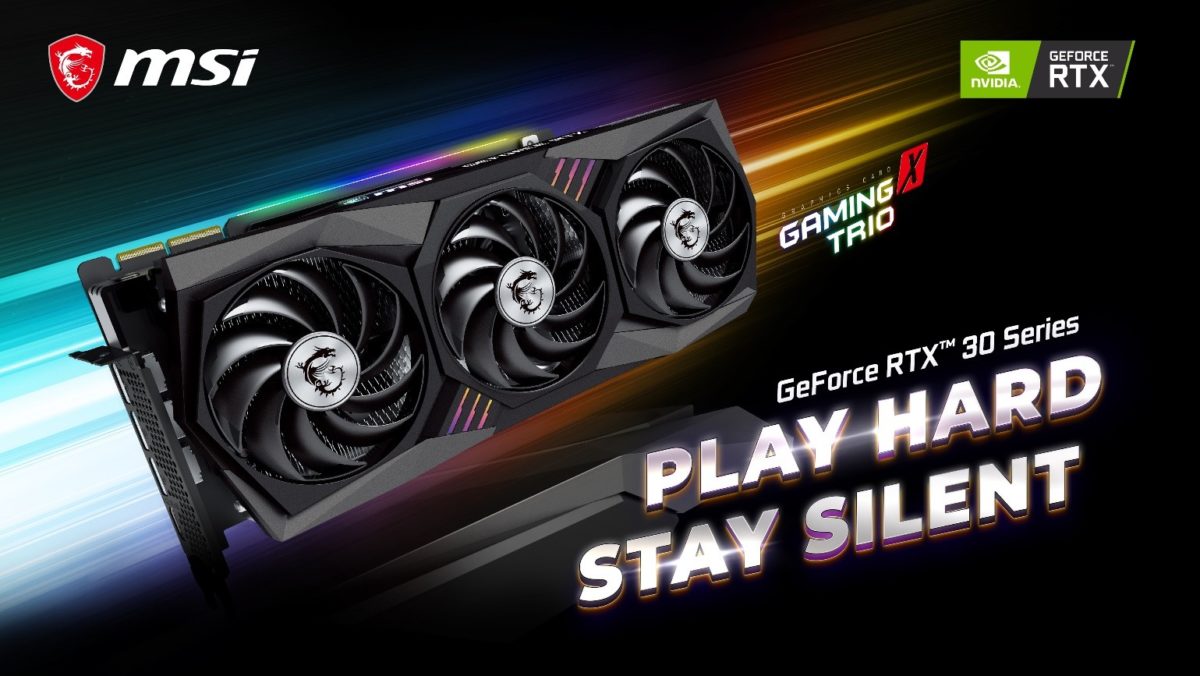 GAMING has been refreshed with a new look while maintaining the same great balance between performance, cooling, and low-noise that gamers have come to trust. Leading this updated product series is the new TORX Fan 4.0 design with pairs of fan blades bound together with an outer link, forming a rim that focuses airflow into the updated TRI FROZR 2 cooling system. A matte-finish backplate not only reinforces the graphics card, but provides passive cooling action through the implementation of thermal pads. Mystic Light adorns the exterior of the graphics card, illuminating color in synchrony with the rest of the PC through Mystic Light Sync and Ambient Link, all controlled with the Dragon Center software utility.

The popular VENTUS is back and bigger than ever, now enhanced with TORX Fan 3.0 and available in triple and dual fan variants. Whether it’s for work or for play, VENTUS’s performance-focused design maintains the essentials to accomplish any task at hand. A robust cooling system, reinforcing brushed-finish backplate, and rigid industrial aesthetic make this graphics card suitable for any build.
GAMING and VENTUS together will form the spearhead of MSI’s GeForce RTX™ 30 series line-up, however, more series are planned to arrive in the near future.

MSI will provide a detailed look at both GAMING and VENTUS during the upcoming Insider livestream on Wednesday the 2nd of September @ 16:00 CEST / 07:00 PDT / 22:00 Taiwan.