After the first glance 4 month ago, MinisForum finally launches the pre sale campaign for its HX90G mini PC today. One of the most powerful mini PC they ever made with AMD discrete graphics card.

The Processor
Powering the beastly HX90G is the AMD Ryzen 9 5900HX. This chip is powered by the Zen 3 core architecture, crafted with TSMC’s industry-leading 7nm process. Zen 3 brings higher instructions per clock, lower latency and improved efficiency over Zen 2 processors. The Ryzen 9 5900HX packs 8 high performing cores with 16 threads, offering great headroom in both gaming and productivity applications. The Ryzen 9 5900HX reaches a max boost clock of up to 4.6GHz, churning out maximum power whenever needed. 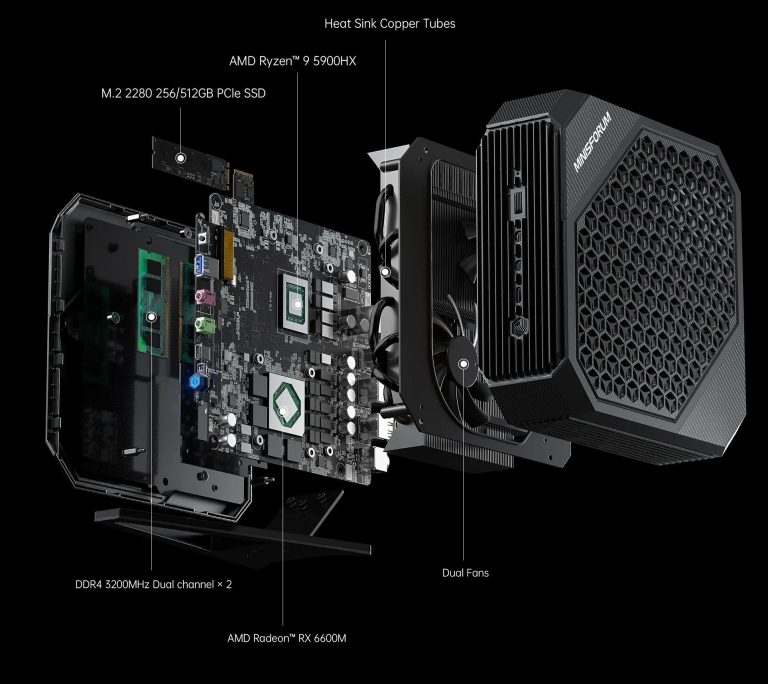 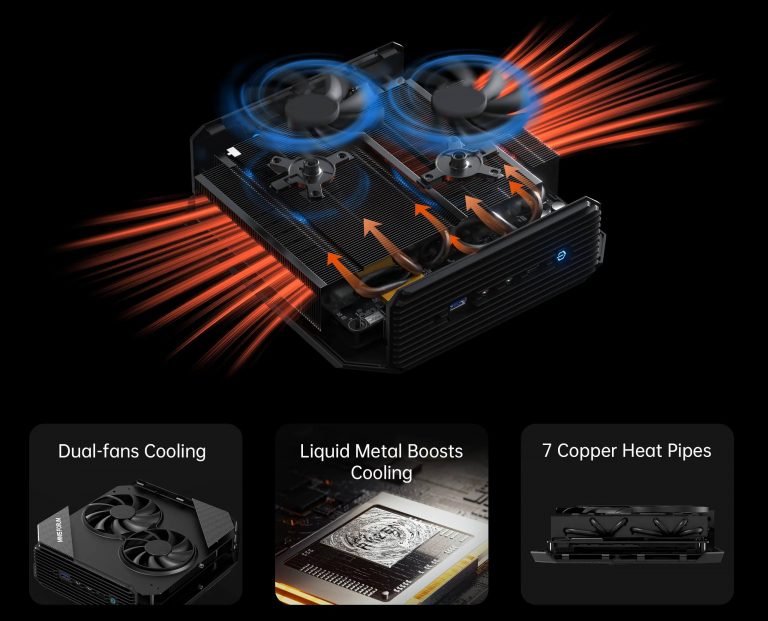 The GPU
The HX90G is the world’s first mini PC that comes with an AMD discrete graphics card, which is the AMD Radeon 6600M GPU. It is a mobile mid-range graphics card based on the Navi 23 chip (RDNA 2 architecture) manufactured in the modern 7nm process. It features 8GB of GDDR6 graphics memory. 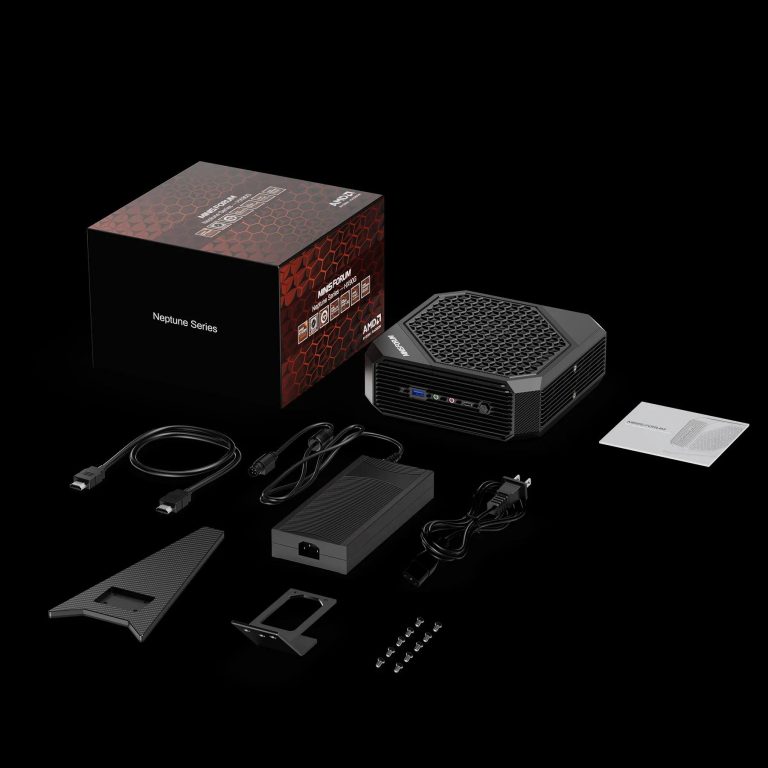 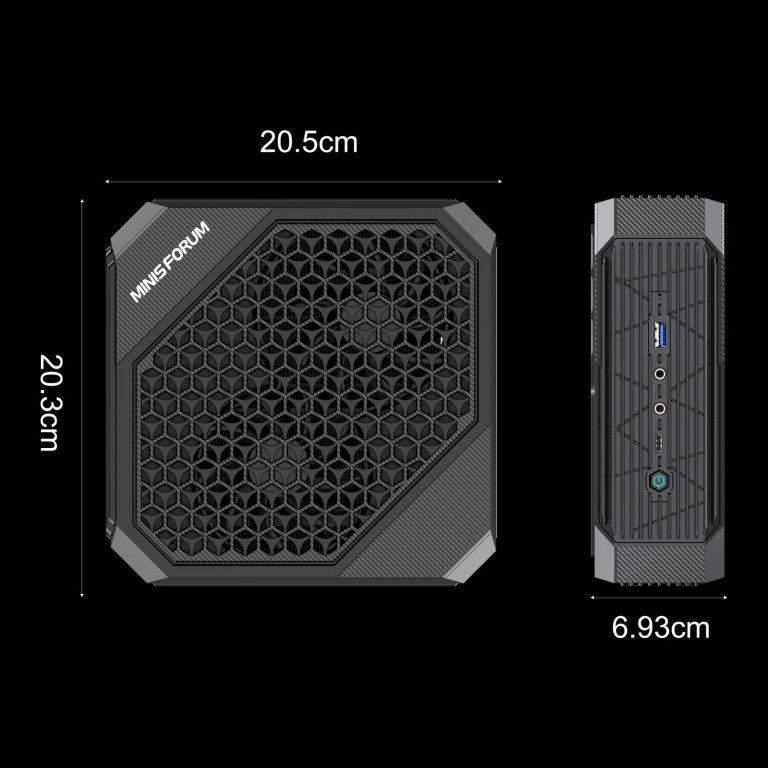 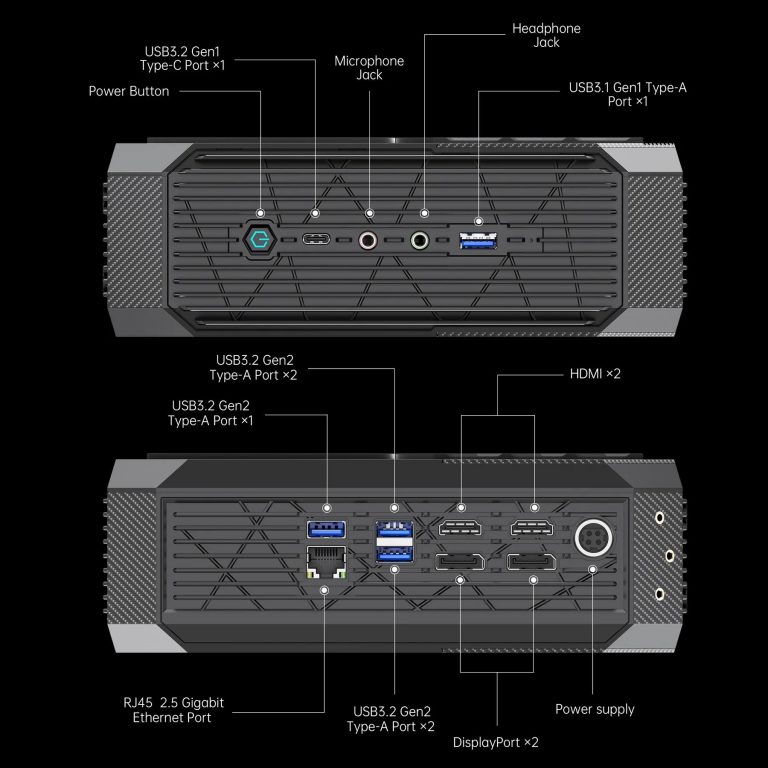 With so much power packed into a tiny chassis, the main concern of building a mini-PC like the HX90G is thermal performance. However, with 7 heat pipes ( 3 for CPU and 4 for GPU), liquid metal for both CPU and GPU, and dual fan inside for heat dissipation, It can run at low noise under full load. CPU+GPU under 100% usage will consume 50W and 100W separately. Minisforum effortlessly dispatches any concerns of overheating or thermal throttling. 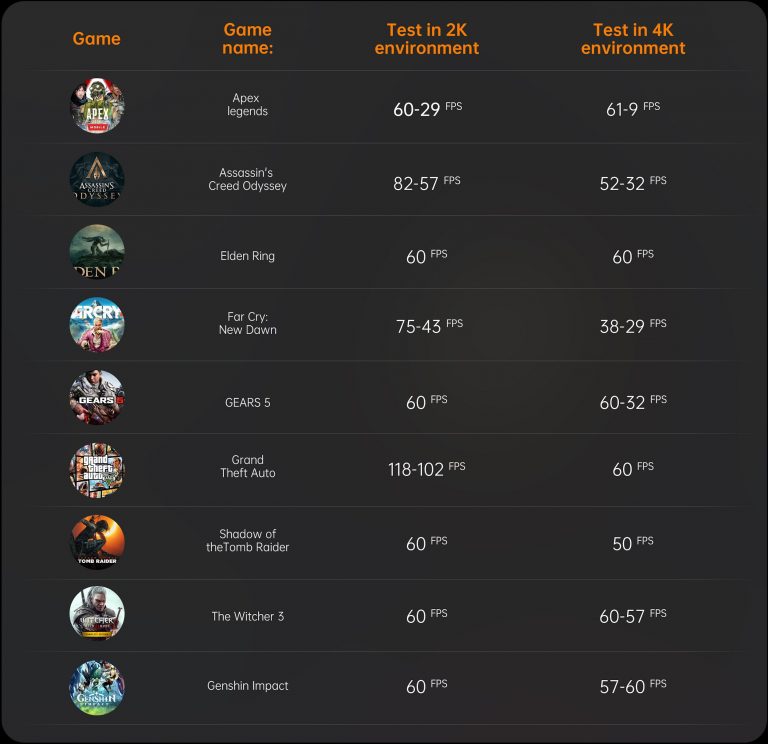 Memory and Storage
The base model of the HX90G is a barebones package, allowing you to pick and install your own memory and SSD. The HX90G supports a maximum of 64GB of DDR4 RAM through 2-SODIMM slots.

Storage needs are covered by both one lightning fast M.2 PCIe4.0 SSD slot and one M.2 PCIe3.0 SSD slot. MINISFORUM also offers complete builds with a choice of either 16GB or 32GB of 3200MHz RAM and up to a 512GB M.2 SSD.