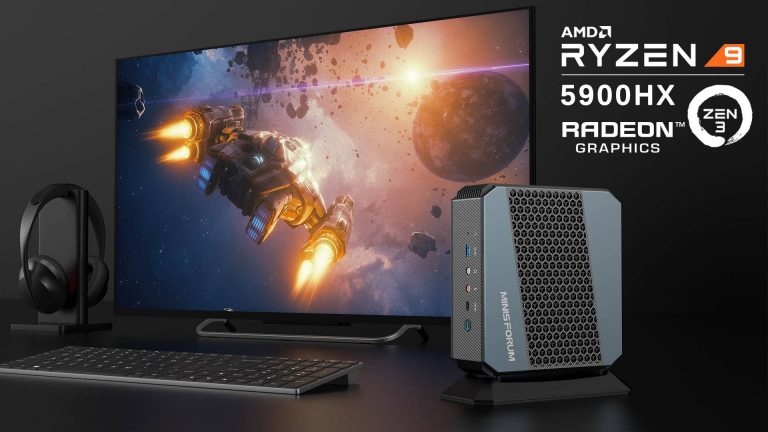 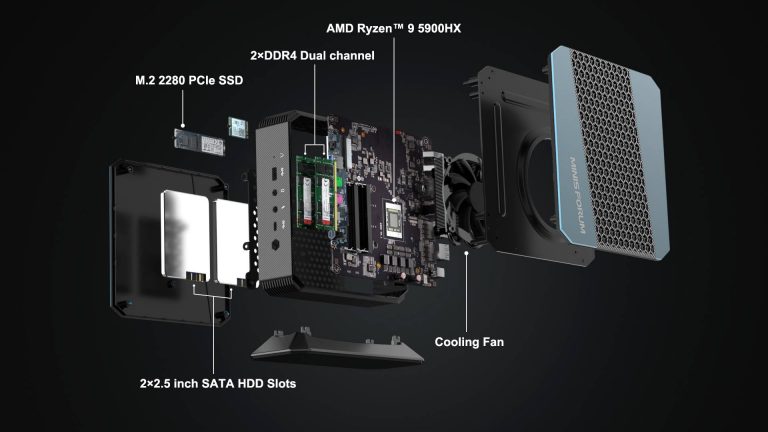 The AMD Ryzen 9 5900HX is a processor based on the Cezanne generation. It integrates all eight cores based on the Zen 3 micro architecture and it is clocked at 3.3 to 4.6 GHz. The chip is manufactured on the modern 7 nm TSMC process. The “X” in the name indicates the overclocking capabilities of the CPU. The AMD Ryzen 9 5900HX also integrates a Radeon RX Vega 8 integrated graphics card with 8 CUs and up to 2100 MHz.

The AMD Ryzen 9 5900HX, 8 Cores 16 Threads. The base clock 3.3 GHz and Max Boost Clock up to 4.6 GHz (Turbo). The chip is manufactured on the modern 7 nm TSMC process. The “X” in the name indicates the overclocking capabilities of the CPU.

With an Intel AX200 Wi-Fi 6 and Bluetooth 5.0 adapter preinstalled, this tiny monster also provides various interfaces including 2 HDMI, 2 display ports, 2 LINE OUT, a 2.5 Gigabit Ethernet port, 5 USB 3.0 ports, 1 USB-C port, 1 Clear CMOS and 2 Mic. As Windows 11 is not released yet, this PC will comes with Windows 10 pro pre-installed. But it is also compatible to upgrade to Windows 11. 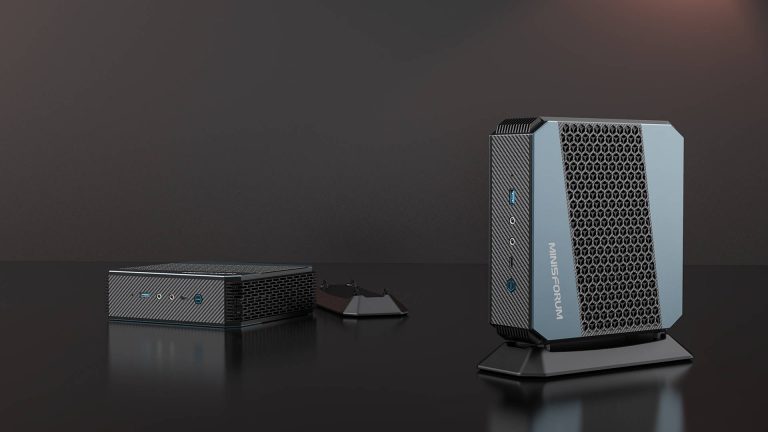 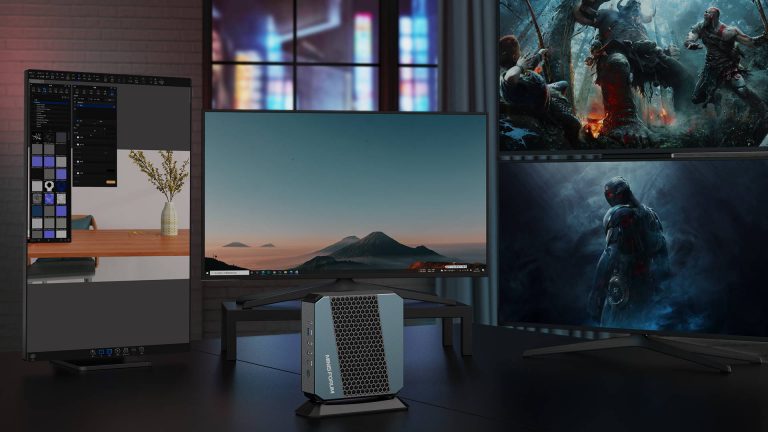 Carbon fibre material
The PC body is made from carbon fibre materials with grain designs on the surface, looks modern and agile. The main structural parts of the HX90 and the black part of the fuselage are injection molded with carbon fiber composite materials. As a high-performance and recyclable new material, Carbon fiber is not only rich in texture and delicate in hand, but also has very high strength, have good thermal conductivity and corrosion resistance. Which will be your “sturdy gaming hardware”.

AMD Radeon™ Graphics can handle all your display needs, including support for up to four displays with two HDMI and two DisplayPort. Each output can drive a 4K panel at 60Hz, With multiple monitors, games become more immersive, workstations become more useful and you become more productive. 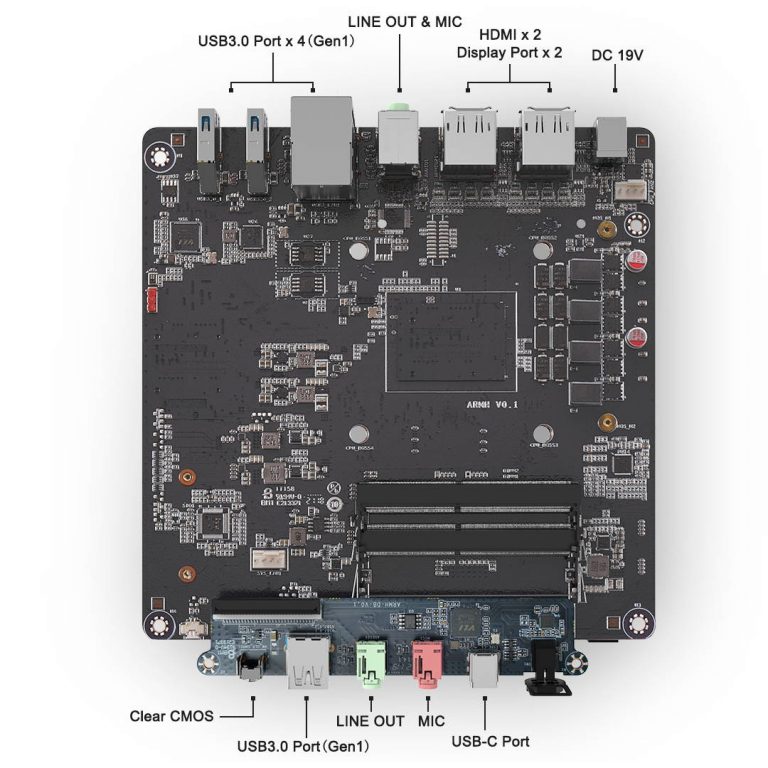 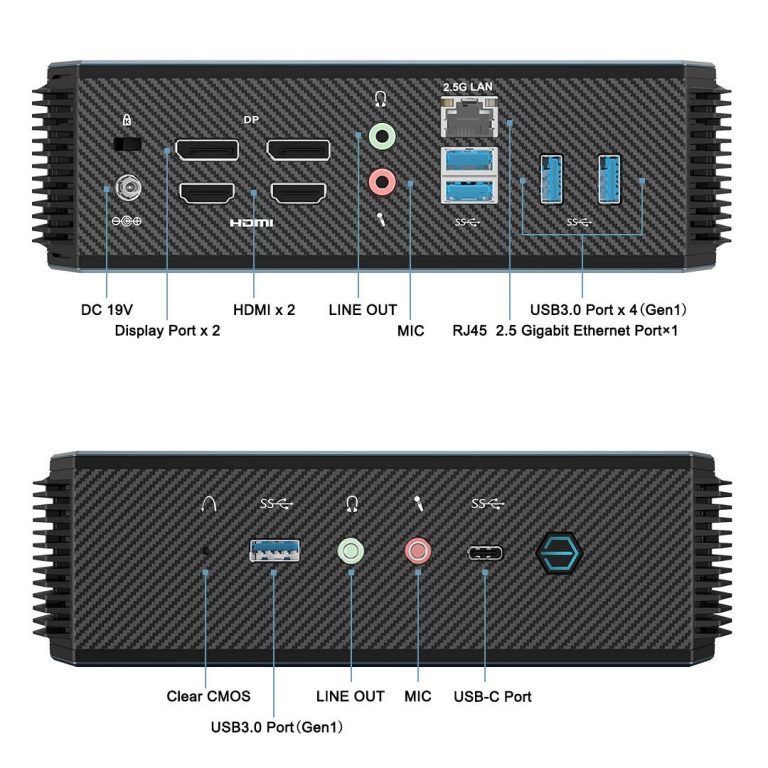 The HX90 elevates performance with a premium liquid metal compound on the CPU, and features direct CPU contact, a wide degree of open ventilation, and a smart fan that efficiently spins up when required to effectively transfer heat directly out the system for quiet and cool performance. The sound is only around 30 dB under a full load which ensure the best experience for each situation. 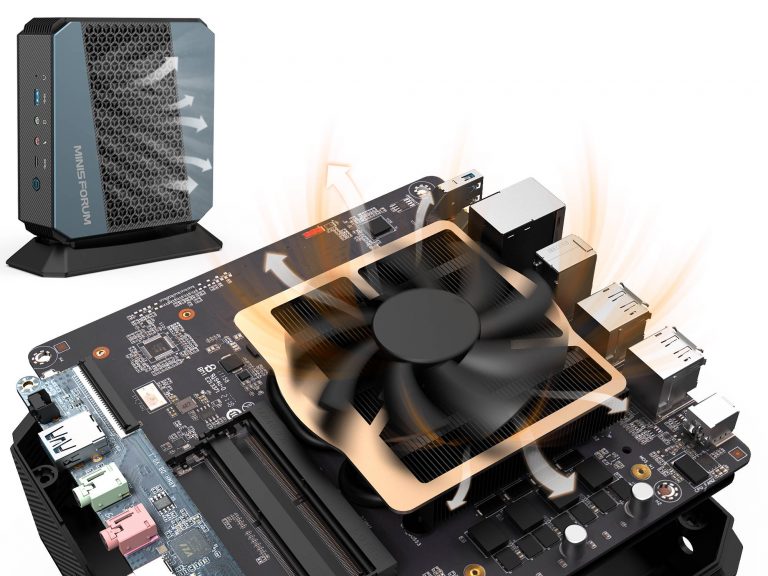 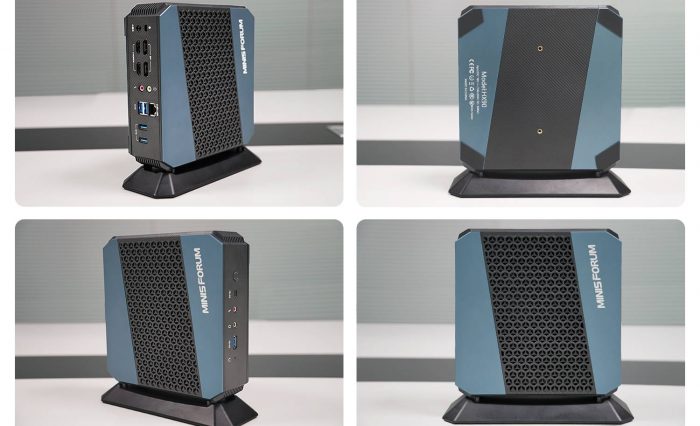 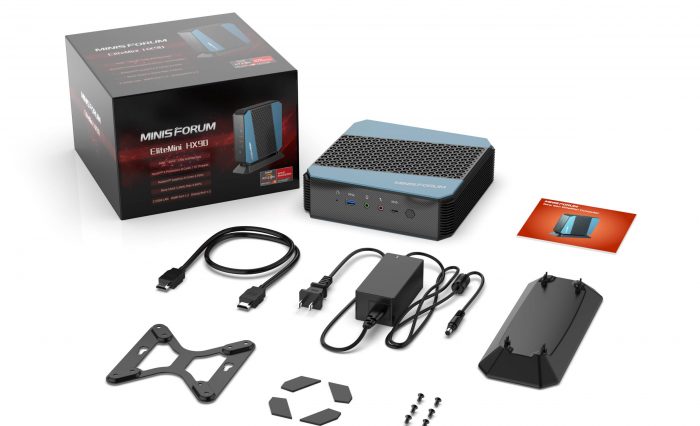 Discount: $100 off during the pre-sale