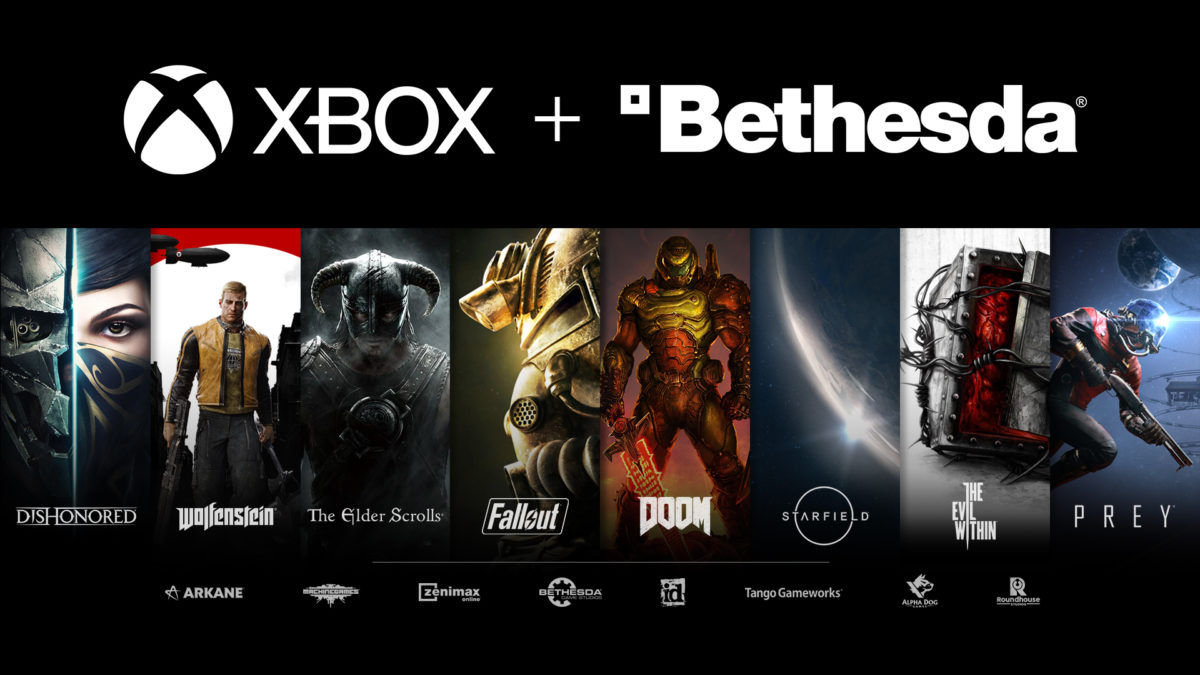 Iconic games portfolio, publishing expertise, and world-class talent accelerates growth in Microsoft’s Gaming business
REDMOND, Wash. September 21, 2020 – More than three billion people on the planet play games for fun, escape, and human connection. Unlike any other medium, games empower people to engage in creativity, strategic thinking and teamwork, immersing them into interactive stories and worlds created by some of the world’s most amazing creators. The cultural phenomenon of gaming has made it the largest and fastest-growing form of entertainment in the world—an industry that is expected to be more than $200 billion in annual revenue in 2021.
As the gaming industry transforms from a device-centric era to a player-centric era powered by new technology that provides the freedom to play with friends anywhere on any device, Microsoft (Nasdaq: MSFT) on Monday announced plans to acquire ZeniMax Media, the parent company of Bethesda Softworks, one of the largest, privately held game developers and publishers in the world. Creators of critically acclaimed and best-selling gaming franchises including The Elder Scrolls and Fallout among many others, Bethesda brings an impressive portfolio of games, technology, talent, as well as a track record of blockbuster commercial success, to Xbox. Under the terms of the agreement, Microsoft will acquire ZeniMax Media for $7.5 billion in cash.

With unique investments in content, community, and the cloud, Microsoft’s gaming strategy differs from others by empowering people to play the games they want, with the people they want, anywhere they want. Games are the primary growth engine in gaming, and games are fueling new cloud-gaming services like Xbox Game Pass, which has reached a new milestone of over 15 million subscribers. With the addition of Bethesda, Microsoft will grow from 15 to 23 creative studio teams and will be adding Bethesda’s iconic franchises to Xbox Game Pass. This includes Microsoft’s intent to bring Bethesda’s future games into Xbox Game Pass the same day they launch on Xbox or PC, like Starfield, the highly anticipated, new space epic currently in development by Bethesda Game Studios.

“Gaming is the most expansive category in the entertainment industry, as people everywhere turn to gaming to connect, socialize and play with their friends,” said Satya Nadella, CEO, Microsoft. “Quality differentiated content is the engine behind the growth and value of Xbox Game Pass—from Minecraft to Flight Simulator. As a proven game developer and publisher, Bethesda has seen success across every category of games, and together, we will further our ambition to empower the more than three billion gamers worldwide.”“This is an awesome time to be an Xbox fan. In the last 10 days alone, we’ve released details on our two new consoles which go on pre-order tomorrow, launched cloud gaming in Xbox Game Pass Ultimate, and now we’re making another investment in the most critical part of our strategy: the games,” said Phil Spencer, executive vice president, Gaming at Microsoft. “Generations of gamers have been captivated by the renowned franchises in the Bethesda portfolio and will continue to be so for years to come as part of Xbox.”

Bethesda parent company ZeniMax Media was founded in 1999 by Chairman and CEO Robert A. Altman; Bethesda’s structure and leadership will remain in place.

“This is a thrilling day for this company, our employees, and our fans. We have enjoyed a close partnership with Microsoft for decades, and this deal is a natural progression of those years working together,” said Altman. “The big winners today are our fans. We are continuing to develop our slate of AAA games, but now with Microsoft’s scale and entire Game Stack, our games can only get better.”
The transaction is subject to customary closing conditions and completion of regulatory review. Microsoft expects the acquisition to close in the second half of fiscal year 2021 and to have minimal impact to non-GAAP operating income in fiscal years 2021 and 2022. Non-GAAP excludes the expected impact of purchase accounting adjustments, as well as integration and transaction-related expenses. For more information, please visit the blog post from Phil Spencer, EVP Gaming at Microsoft.

About Microsoft
Microsoft (Nasdaq “MSFT” @microsoft) enables digital transformation for the era of an intelligent cloud and an intelligent edge. Its mission is to empower every person and every organization on the planet to achieve more.