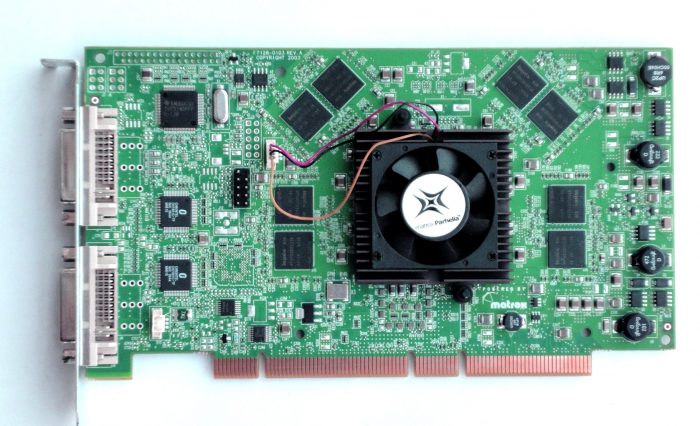 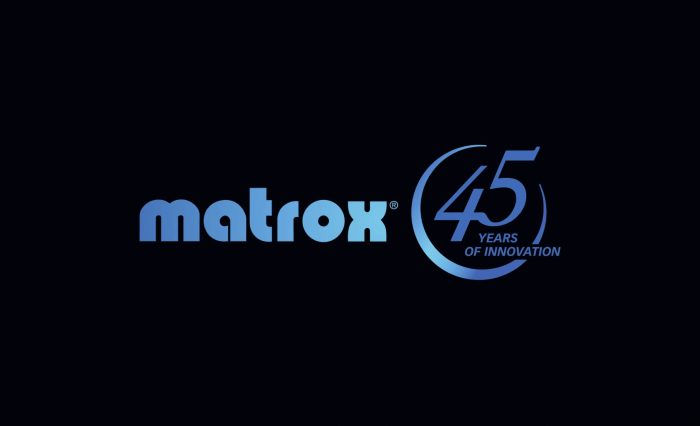 MONTREAL, Quebec, 21 October 2021—This year, Matrox® proudly celebrates its 45th anniversary. Innovation has been central to the brand’s identity since its inception, and continual evolution has propelled Matrox through decades of technological and industry change.

Its two divisions—Matrox Imaging and Matrox Video—enjoy a longevity that far outpaces many other major players in the pro AV/IT, broadcast, industrial imaging, and machine vision markets.

Matrox Imaging continues to revolutionize its offerings for deep learning training and inference, 3D imaging, and vision guidance for robotics applications—all to meet surging demand from automation markets. With industry demand for AI-driven technology and ever-more-capable vision systems, Matrox Imaging is extending the speed, fidelity, and functionality of their vision product offerings, while ensuring the ease-of-use and interoperability that customers expect from a key industry leader. 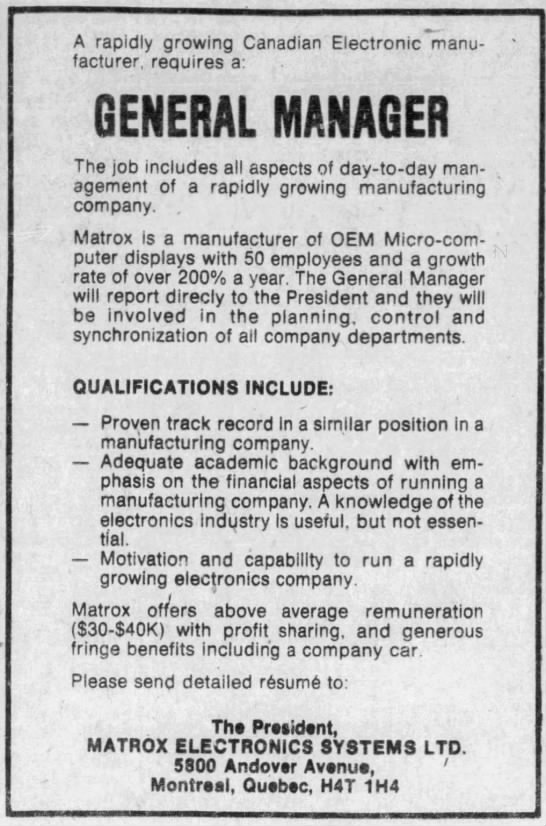 An early classified ad for Matrox, from 1979, signaling the start of its tremendous growth and expansion.

Foundations of the future

Through the decades, the organization’s mission remains the same—dedication to exceptional engineering and the highest manufacturing standards, coupled with careful attention to interoperability, industry standards, and protecting their customer’s investments.

Core values center on longevity and excellence, so when Lorne M. Trottier became sole owner of Matrox in 2019, he oversaw a complete corporate recommitment to its employees and their well-being. The average employee lifespan at Matrox is more than 12 years, a clear indication of the community spirit that thrives in this organization.

“This is a big milestone for Matrox, and on the heels of the past few years, it is a tremendous achievement that I am pleased to celebrate with every single member of the Matrox team,” says Lorne Trottier, President and Co-Founder, Matrox. “I am exceptionally proud of Matrox, the values we espouse, and our committed drive for excellence. Our mission is the same now as it was back in 1976: building exceptional products that solve real-world problems and creating technology that empowers customers to reach their goals. I raise a glass to the people and minds that have helped steer Matrox to its current position, as we look to another 45 years of ambitious ideas.”