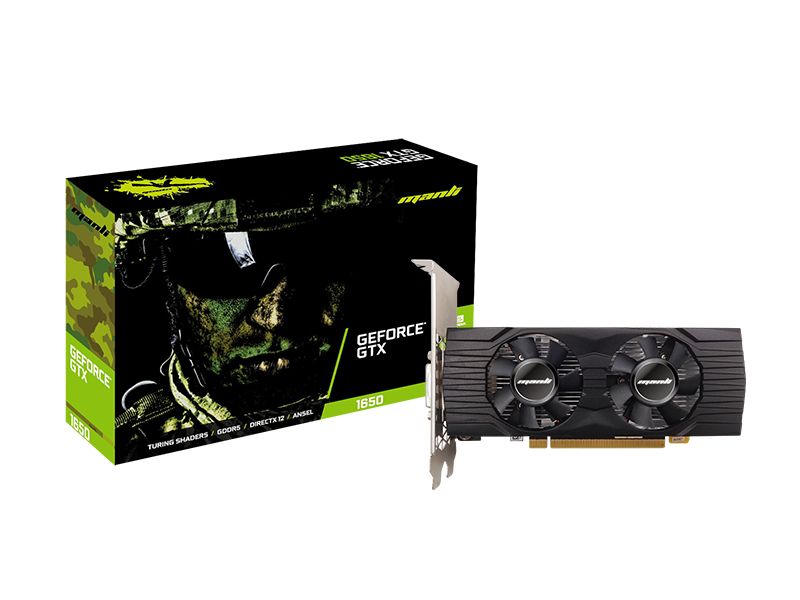 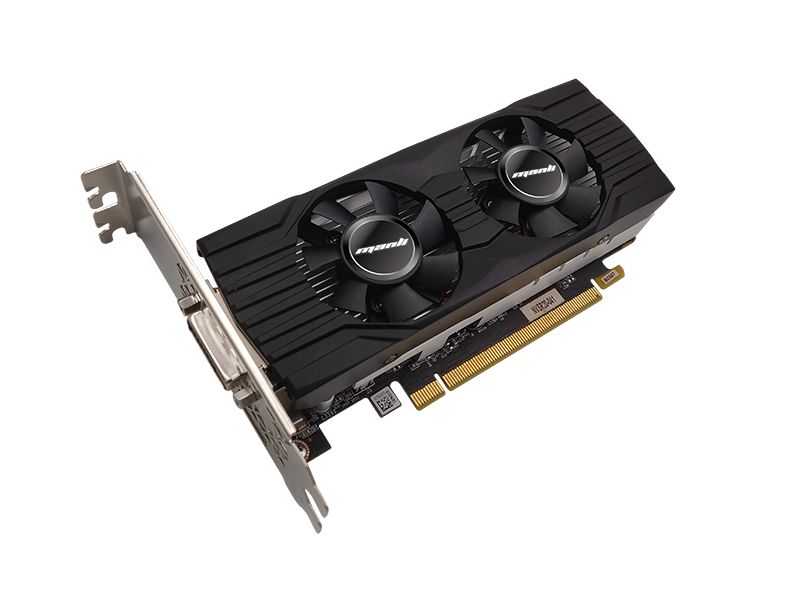 The Manli GeForce® GTX 1650 DDR6 Low Profile is powered by Nvidia’s new GDDR6 memory,hence the ‘DDR6” moniker. The key upgrades include 12 Gbps memory speed and 192 GB/sec  memory bandwidth, both improvements over the former DDR5. Clock speed is at 1410 Mhz and can be boosted to 1590 Mhz. This results in a performance boost of 6.31% over the DDR5.

The performance benchmarks of the DDR6 slots it comfortably between the previous DDR5 and the GeForce® GTX 1650 Super. The sleeker design makes it more suitable for certain applications. 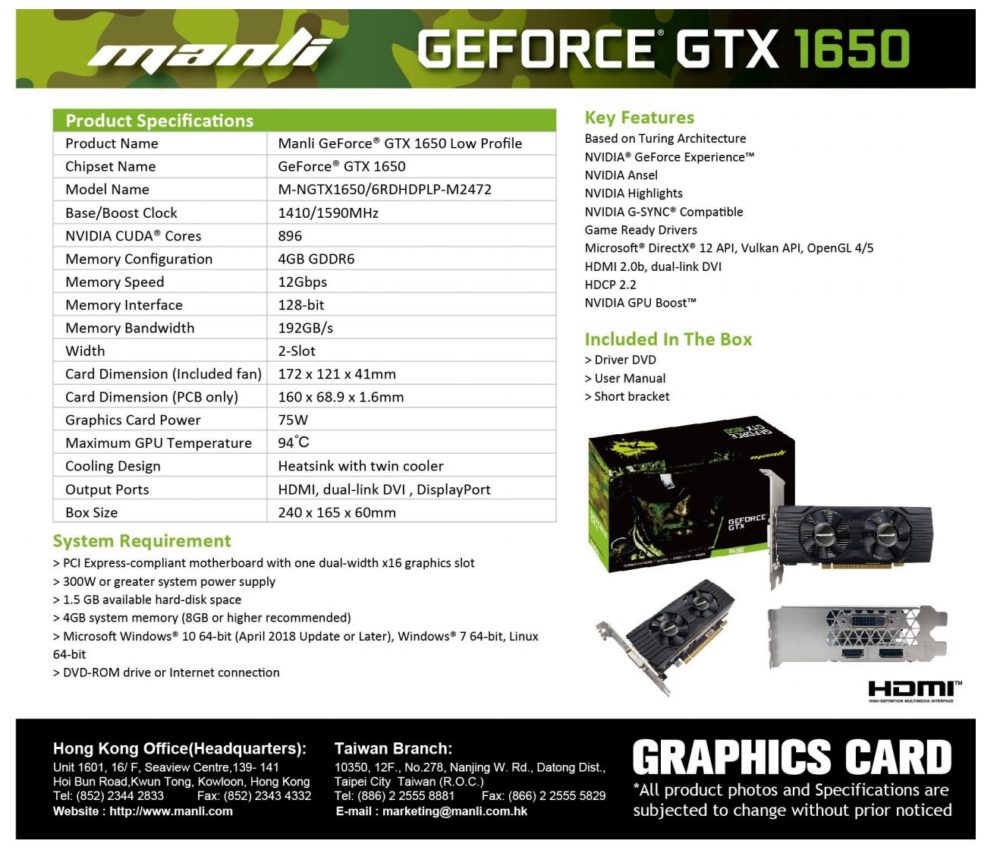