Manli GeForce® GTX 1650 is powered by award-winning NVIDIA Turing architecture. It is also equipped with 4GB of GDDR5, 128bit memory controller, and built-in 1024 CUDA Cores with core frequency set at 1485MHz which can dynamically boost up to 1665MHz. Moreover, Manli GeForce® GTX 1650 has less power consumption with only 75W, and no external power supply required.

It is time to upgrade your PC and get up to date game ready with up to 2X the performance of the GeForce GTX 950 and up to 70% faster than the GTX 1050. 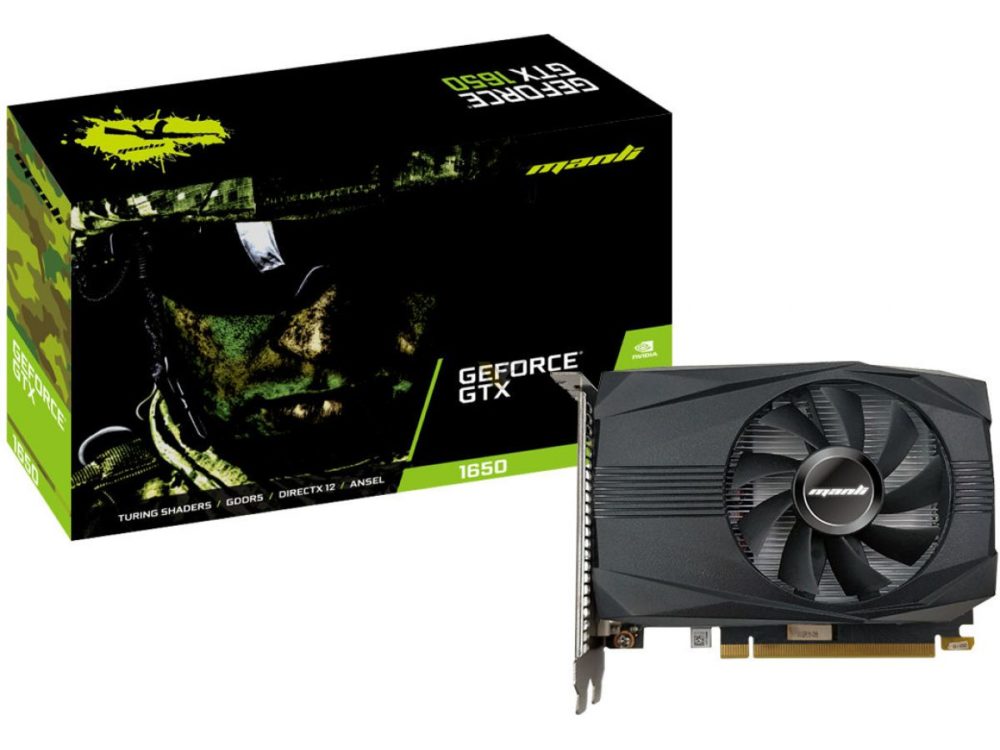 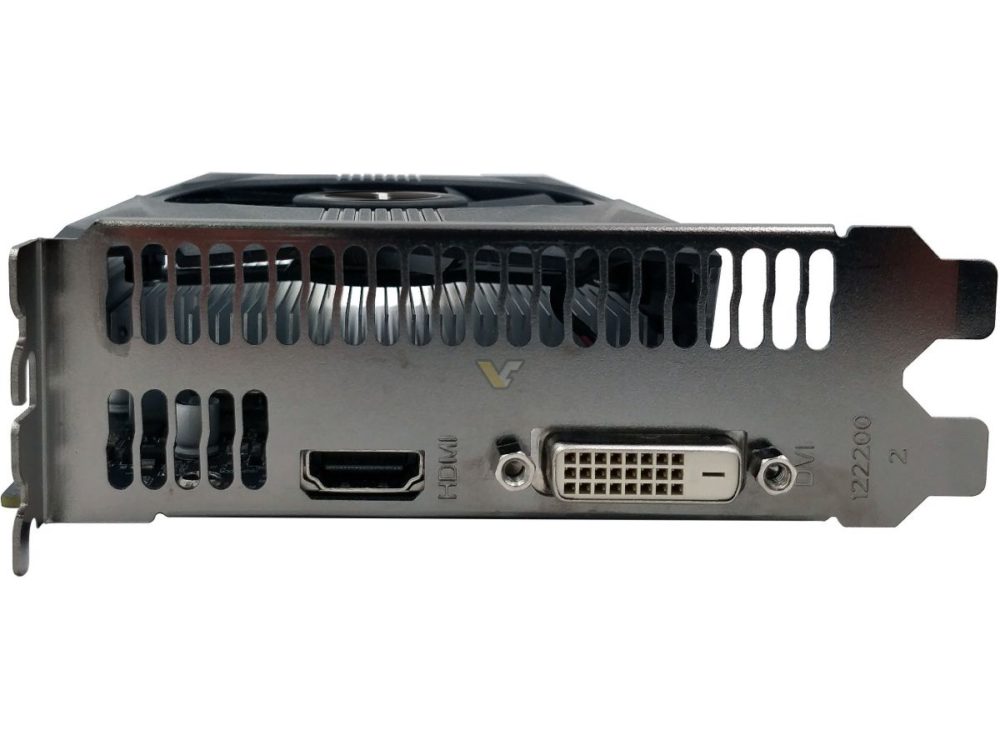 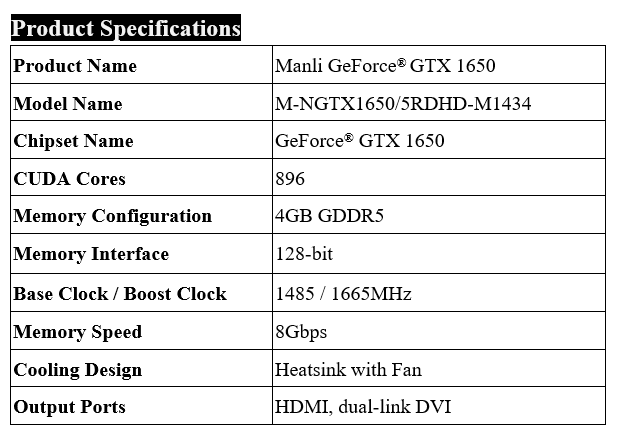