According to new a research report from the analyst firm Jon Peddie Research, the growth of PC-based Graphics Processor Units (GPU) shipments of all types worldwide reached 20.5 percent in Q4 2020 and 12.4 percent year over year. Overall, the installed base of GPUs will grow at a compound annual growth rate of 3.7 percent during 2020–2025 to reach a total of 419 million units at the end of the forecast period. Over the next five years, the penetration of discrete GPUs (dGPU) in the PC will grow to reach a level of 21 percent.

As part of its ongoing research on the PC graphics market, Jon Peddie Research (JPR) has released its Market Watch report for the fourth quarter of 2020. Before 2020, the PC market was showing signs of improvement and settling into a new normal. The pandemic has distorted all models and predictions as has the gold-rush in Ethereum. JPR’s Market Watch report confirms that trend for the fourth quarter of 2020, but with cautious guidance for next year. 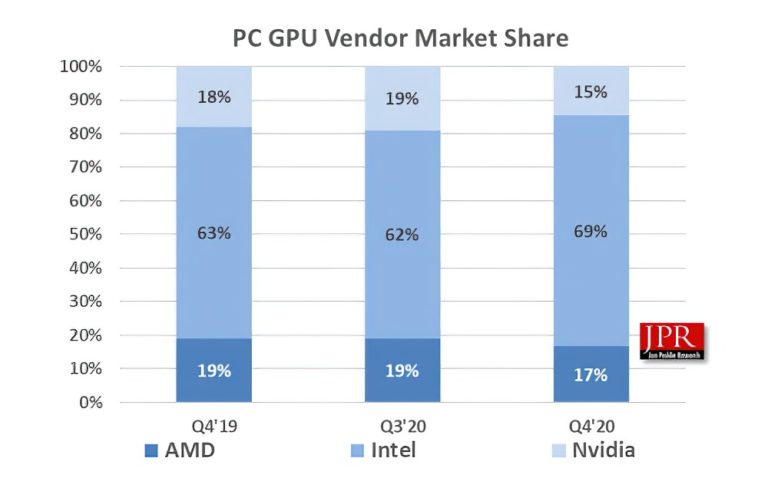 The fourth quarter is typically flat to up compared to the previous quarter. This quarter was up.

GPUs are traditionally a leading indicator of the market since a GPU goes into every system before the suppliers ship the PC. 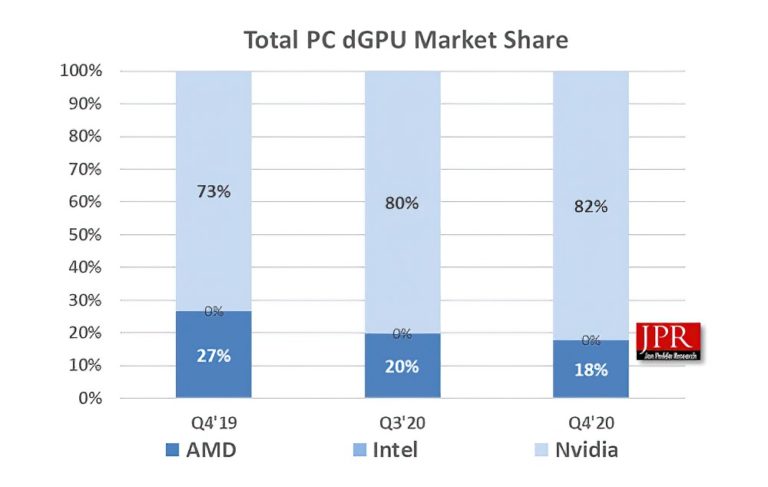 As a result of the work-at-home mandates due to the COVID-19 pandemic, notebook shipments exceeded 230 million units for the first time. In addition, the year-to-year growth was 49% the greatest one-year growth on record. And that was accomplished with disruptions in the supply chain due to trade wars, pandemic shutdowns, and material shortage. The forecast for 2021will be more modest, ~ 6%, but still higher than average. Chromebooks made a substantial contribution to growth in 2020, and we expect to see that taper off in 2021 due to school budget limitations unless the COVID relief package in the US comes through and adds new funds.

The overall PC market increased by 30.25% quarter-to-quarter and increased 35.76% year-to-year.

Jon Peddie, President of JPR, notes, “Factors influencing the robust sales of AIBs in the past two quarters have clearly been increasing growth in gaming, and the need to outfit home offices due to COVID. There has been speculation that there might be a renewal in demand for AIBs due to crypto mining. Anything is possible, but the power consumption of AIBs greatly diminishes the payoff for crypto-mining. Ethereum, the best-suited coin for GPUs, will fork into version 2.0 very soon, making GPUs obsolete. A person would be very foolish to invest in a high-end, power-consuming AIB for crypto-mining today.”

Most of the semiconductor vendors are guiding up for the next quarter by an average of 1.25%. Some of that guidance is based on normal seasonality, but there is also a Coronavirus impact factor.

JPR also publishes a series of reports on the graphics Add-in-Board Market and PC Gaming Hardware Market, which covers the total market including system and accessories, and looks at 31 countries.