In 2011, computers were clogged with too many input/output (I/O) ports. There were USB ports for data; Ethernet ports for internet; and DisplayPort, HDMI and VGA ports for video. Despite being large enough to accommodate multiple ports, the computers still couldn’t keep up with users’ needs.

The solution? Intel launched Thunderbolt™ technology, which consolidated data, video and power on a single, small connector. Thunderbolt allowed users to move data quickly and confidently among connected smart devices – like PCs, docks, monitors, solid state drives, external hard drives and cameras – using that single connector. At the time, Thunderbolt boasted the ability to transfer a full-length, high-definition movie in less than 30 seconds and back up a full year of continuous MP3 music playback in just over 10 minutes.

Today’s Thunderbolt™ 4 has had a four-times increase in the overall bandwidth of the port from the original Thunderbolt. It can support two 4K displays, while charging a notebook at the same time. It has moved to an even smaller Type C connector to allow for thinner-and-lighter notebooks and single-cable docking. Thunderbolt has blossomed into an industry standard, integrated into Intel CPUs, and its protocol contributed as the USB4 standard. It is now required on Intel Evo and vPro laptops, and is supported across all leading computer operating systems, including, coming soon for the first time, Chrome devices.

“Thunderbolt’s simplicity, reliability, and performance are important whether you are working or learning at home, or you are creating content or you are a gamer. You can do all of those things with a single Thunderbolt connection,”

Thunderbolt is among the seminal technologies to be successfully commercialized born of Intel Labs, Intel’s research organization focused on the future of computing.

If a company is using the Thunderbolt name or logo, its product has passed a certification test that includes electrical and functional testing to make sure its device works the way it is supposed to. More than 1,000 computers and 1,000 accessories in many different categories have been Thunderbolt-certified, showing the breadth of its adoption across the industry.

“Intel looks forward to continuing to work with the industry on innovation and adoption of Thunderbolt. We expect Thunderbolt will keep up with monitors as we look to 8K and 16K, external SSDs that are nearly doubling in speed every year, and much more.” 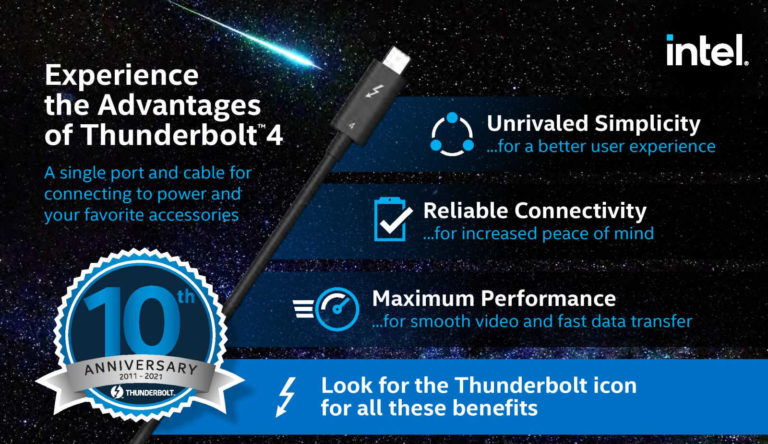 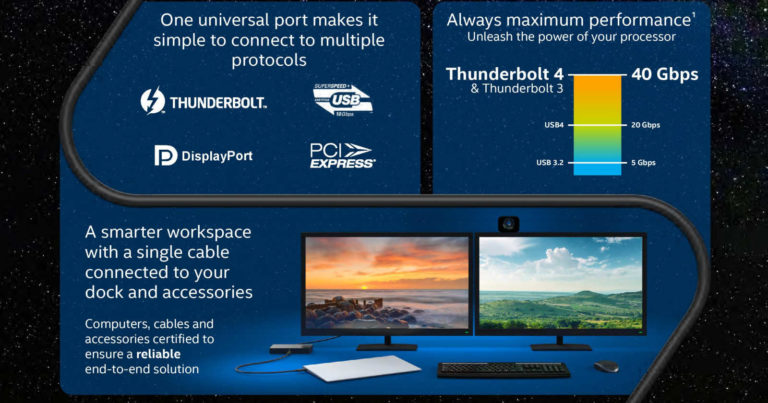 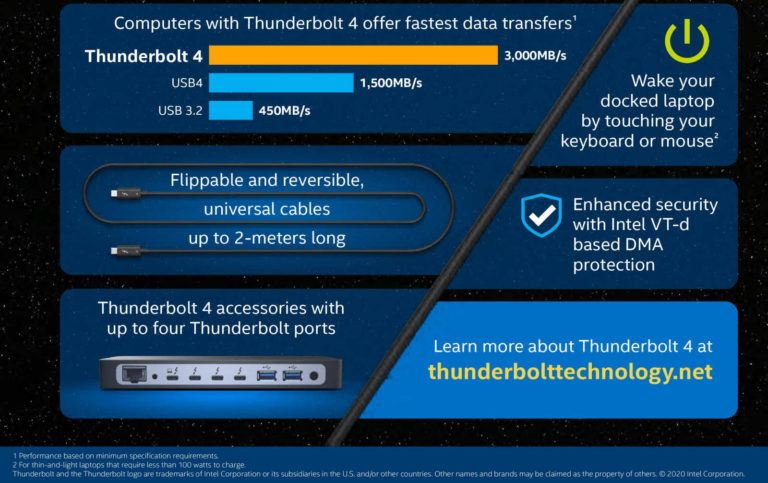