Intel makes its first purchase order for ASML’s TWINSCAN EXE:5200 system, marking the next step on the path to EUV 0.55 NA (High-NA) introduction. 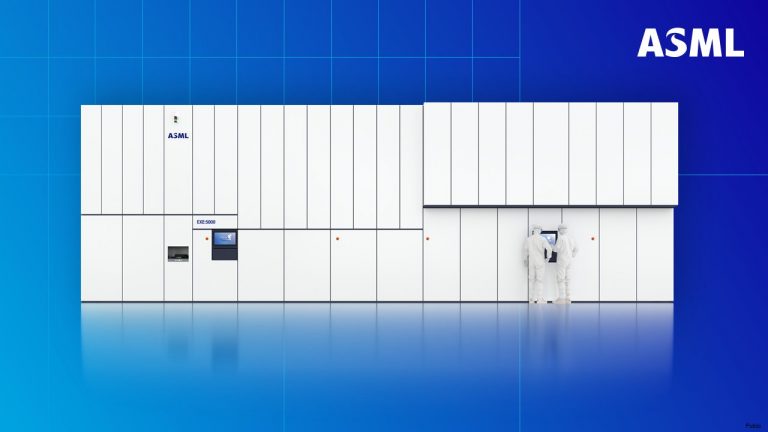 Today, ASML Holding N.V. (ASML) and Intel Corporation (INTC) announced the latest phase of their longstanding collaboration to advance the cutting edge of semiconductor lithography technology. Intel has issued its first purchase order to ASML for the delivery of the industry’s first TWINSCAN EXE:5200 system – an extreme ultraviolet (EUV) high-volume production system with a high numerical aperture and more than 200 wafers per hour productivity – as part of the two companies’ long-term High-NA collaboration framework.

Intel announced at its Accelerated event in July that it plans to deploy the first High-NA technology to enable its roadmap of transistor innovations. Intel was the first to purchase the earlier TWINSCAN EXE:5000 system in 2018, and with the new purchase announced today, the collaboration continues the path for Intel’s production manufacturing with High-NA EUV beginning in 2025. 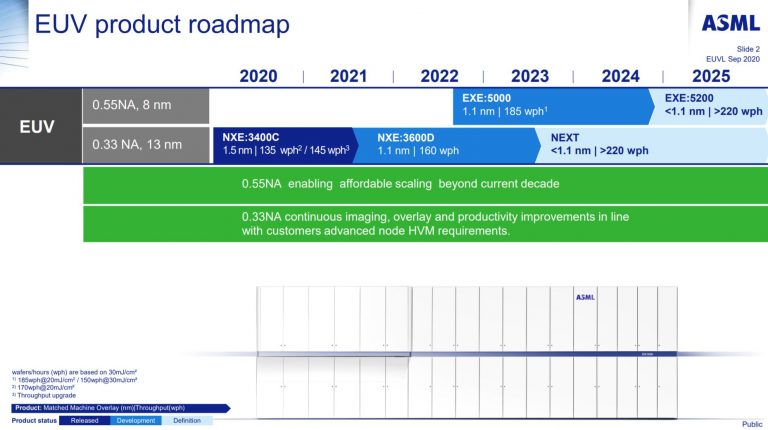 “Intel’s focus is to stay at the forefront of semiconductor lithography technology and we’ve been building our EUV expertise and capacity over the last year. Working closely with ASML, we will harness High-NA EUV’s high-resolution patterning as one of the ways we continue Moore’s Law and maintain our strong history of progression down to the smallest of geometries,” said Dr. Ann Kelleher, executive vice president and general manager of Technology Development at Intel.

The EXE platform is an evolutionary step in EUV technology and includes a novel optics design and significantly faster reticle and wafer stages. The TWINSCAN EXE:5000 and EXE:5200 systems offer a 0.55 numerical aperture — a precision increase from previous EUV machines with a 0.33 numerical aperture lens — to enable higher-resolution patterning for even smaller transistor features. The numerical aperture of the system, combined with the wavelength used, determines the smallest printable feature.

EUV 0.55 NA has been designed to enable multiple future nodes beginning in 2025 as the industry’s first deployment, followed by memory technologies at similar density. At the 2021 Investor Day, ASML shared its EUV roadmap and indicated that High-NA technology is expected to start supporting production manufacturing in 2025. Today’s announcement is consistent with this roadmap.