The historical milestone marks the arrival of the first commercially available microprocessor, which would shape life-changing technology. 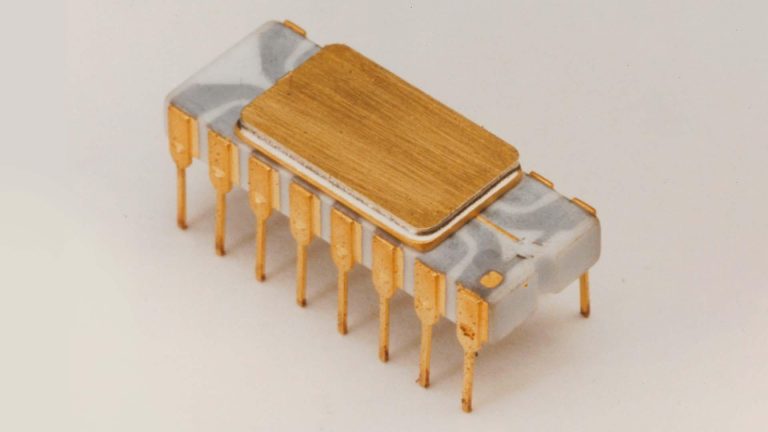 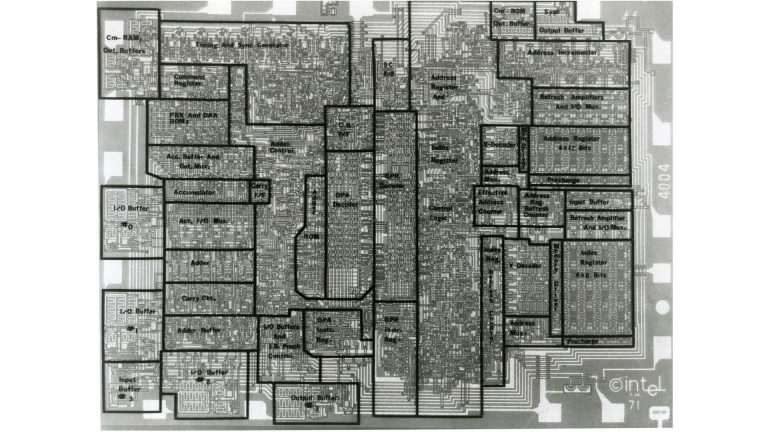 What’s New: Today, Intel celebrates the 50th anniversary of the Intel® 4004, the world’s first commercially available microprocessor. With its launch in November 1971, the 4004 paved the path for modern microprocessor computing – the “brains” that make possible nearly every modern technology, from the cloud to the edge. Microprocessors enable the convergence of the technology superpowers – ubiquitous computing, pervasive connectivity, cloud-to-edge infrastructure and artificial intelligence – and create a pace of innovation that is moving faster today than ever.

“This year marks the 50th anniversary of the 4004 chip. Think of how much we’ve accomplished in the past half-century. This is a sacred moment for technology. This is what made computing really take off!”
–Pat Gelsinger, Intel CEO

Why It’s Important: The 4004 is the pioneer microprocessor, and its success proved that it was possible to build complex integrated circuits and fit them on a chip the size of a fingernail. Its invention also established a new random logic design methodology, one that subsequent generations of microprocessors would be built upon, before evolving to create the chips found in today’s modern devices.

“[Looking back at] 1970, it was clear that microprocessors would change the way that we design systems, switching from using hardware to software instead. But the speed with which microprocessors developed over time and were adopted by the industry was really surprising,” said Federico Faggin, former Intel engineer who designed and produced the Intel 4004 with Tedd Hoff and Stan Mazor. 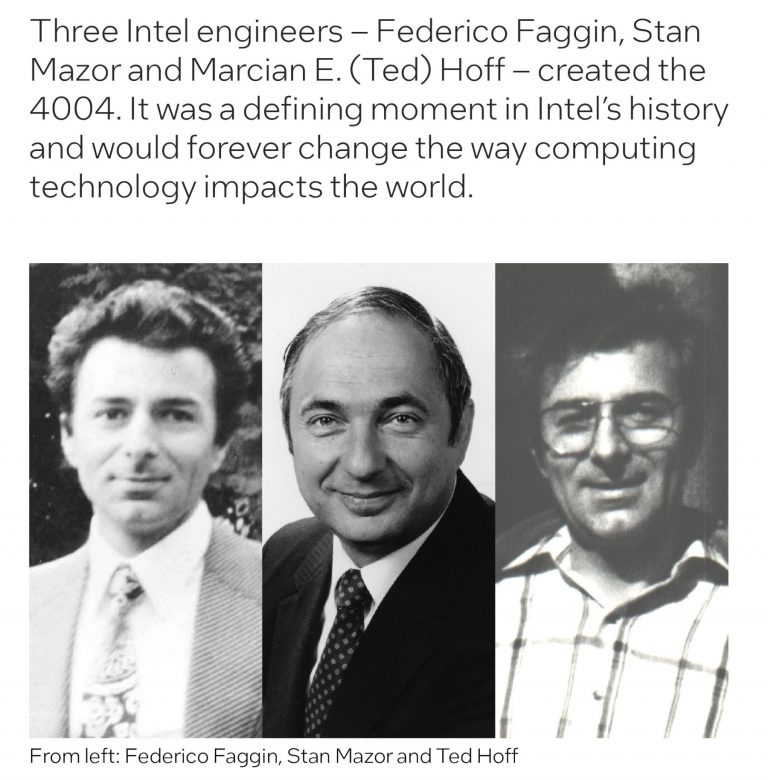 What’s Next: While the 4004 delivered the modern computing era through the design and production of the first commercially available microprocessor for a desktop calculator, the latest 12th Gen Intel® Core™ processors – which company leaders revealed at the Intel Innovation event in October – will usher in a new era of computing. The performance hybrid architecture of this new family represents an architectural shift made possible by close co-engineering of software and hardware and will deliver new levels of leadership performance for generations. And with research in fields like quantum computing, with the cryogenic Intel Horse Ridge II solution, and neuromorphic computing, with the Intel Loihi 2 chip, Intel continues to innovate, explore new territories and push the limits of computing. 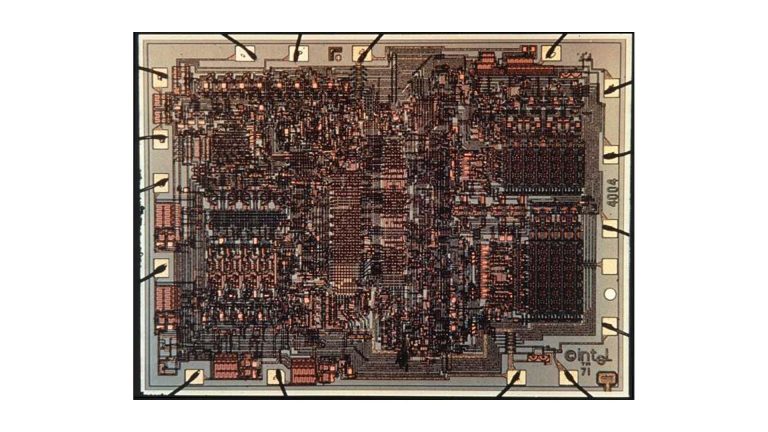 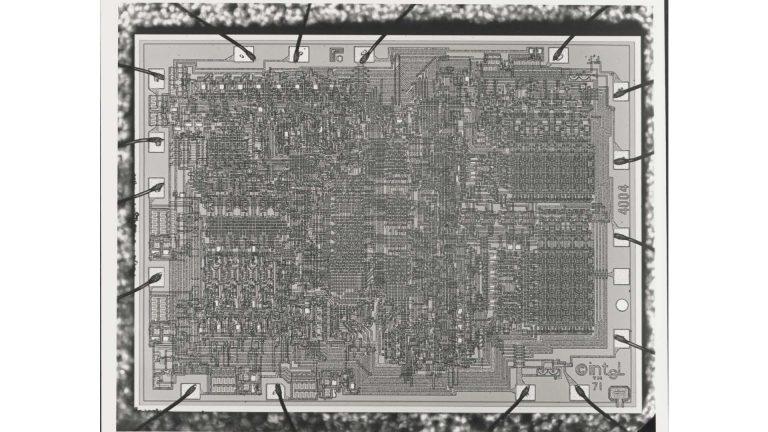 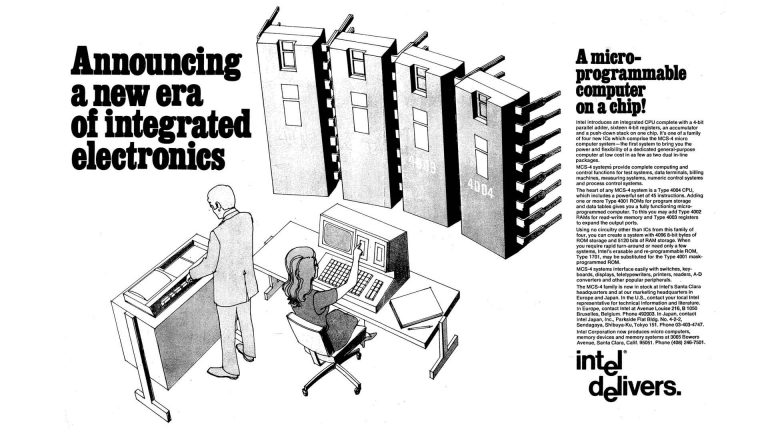 About the 4004’s History: In 1969, Nippon Calculating Machine Corp. approached Intel about designing a set of integrated circuits for its engineering prototype calculator, the Busicom 141-PF. Intel engineer Faggin and his team adapted the original plans for 12 custom chips and designed a set of four chips – including the 4004 CPU – that met the challenge. Ultimately, the 4004, at the size of a human fingernail, delivered the same computing power as the first electronic computer built in 1946, which filled an entire room. 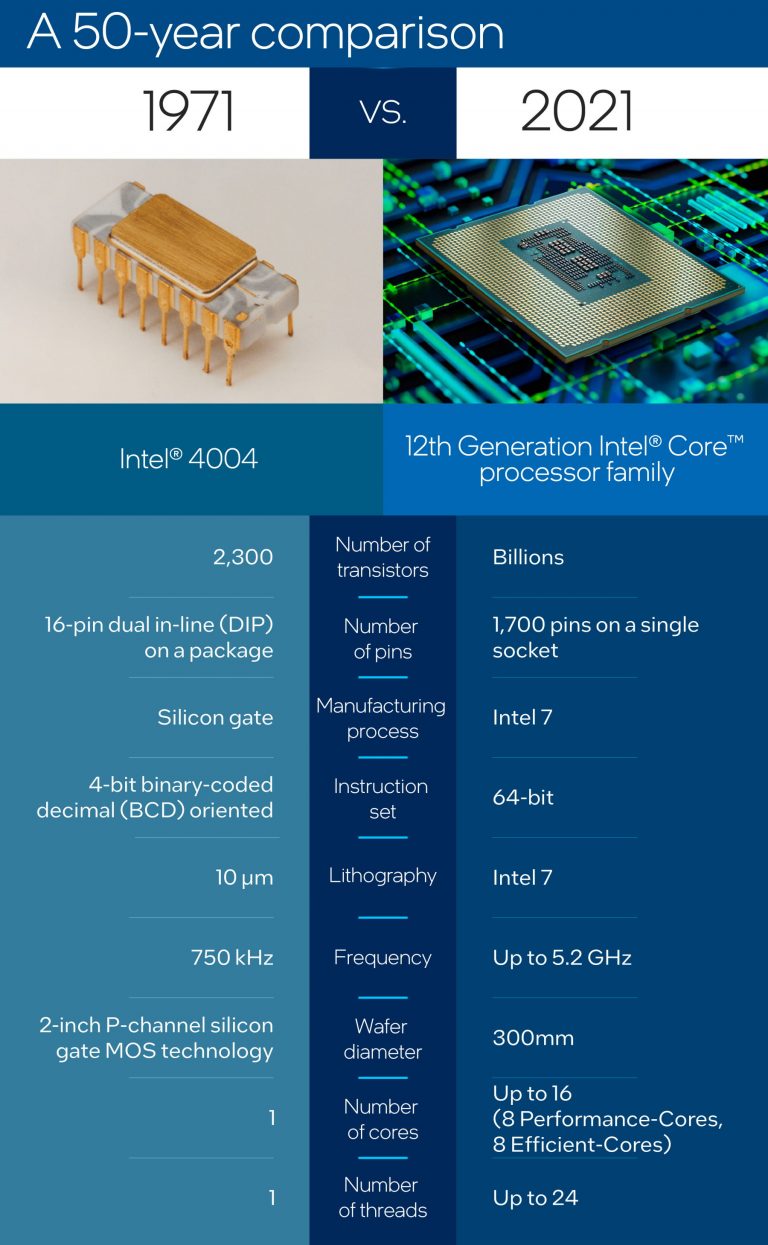