Engineered on the new Cypress Cove architecture, 11th Gen Intel Core S-series desktop processors are designed to transform hardware and software efficiency and increase raw gaming performance​. The new architecture brings up to 19% gen-over-gen instructions per cycle (IPC) improvement2 for the highest frequency cores and adds Intel® UHD graphics featuring the Intel® Xe graphics architecture for rich media and intelligent graphics capabilities. That matters because games and most applications continue to depend on high-frequency cores to drive high frame rates and low latency.

Designed to Game: With its new 11th Gen desktop processors, Intel continues to push desktop gaming performance to the limits and deliver the most amazing immersive experiences for players everywhere.

At the top of the stack is the 11th Gen Intel Core i9-11900K, featuring unmatched performance with up to 5.3 gigahertz, eight cores, 16 threads and 16 megabytes of Intel® Smart Cache. The unlocked 11th Gen Intel Core desktop processor supports fast memory speeds with DDR4-3200 to help enable smooth gameplay and seamless multitasking on this platform. 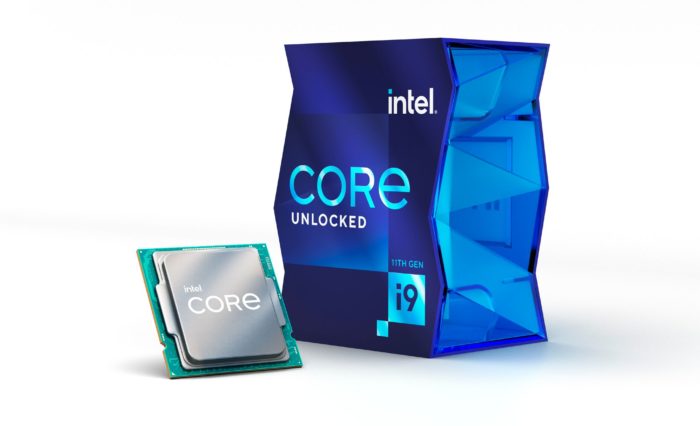 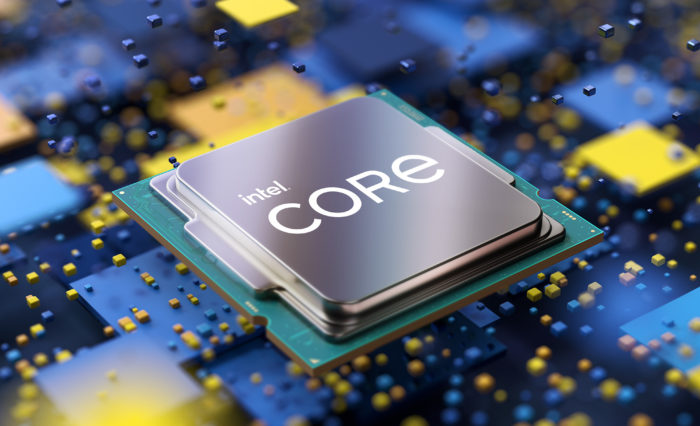 Improvements in this generation include:

Through close collaboration with more than 200 of the top game developers, Intel brings a host of game, engine, middleware and rendering optimizations to applications so they can take advantage of 11th Gen Intel® Core™ S-series processors to deliver exciting gaming experiences. 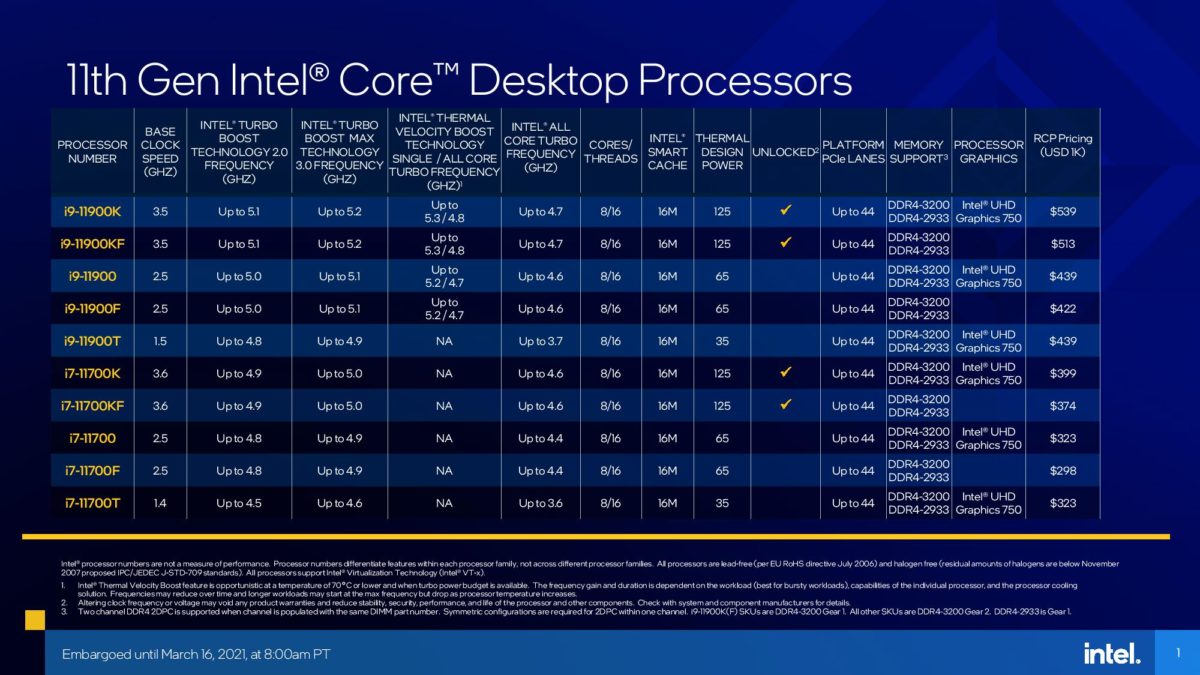 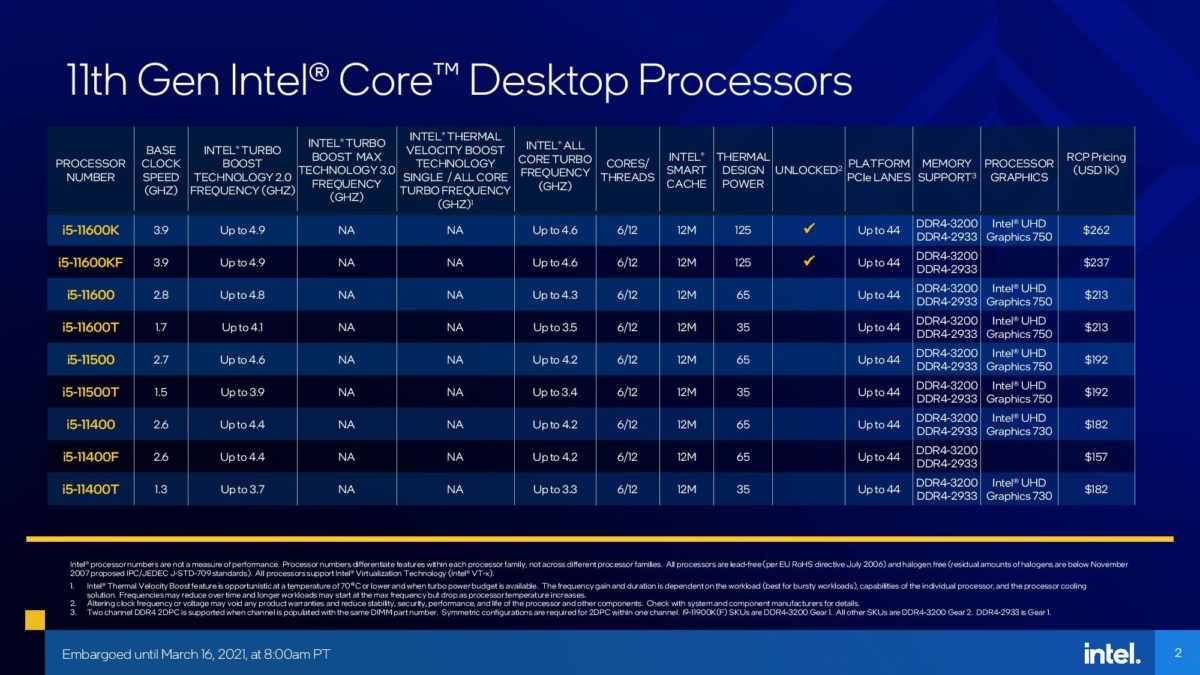 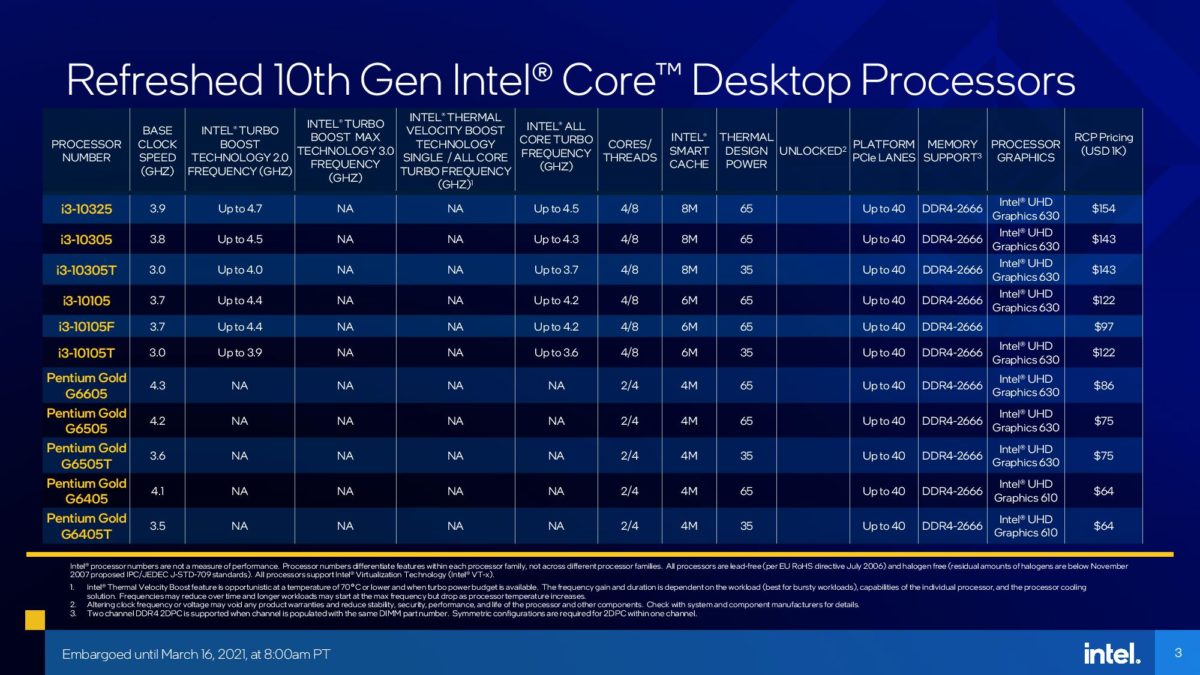 1Intel® Thermal Velocity Boost (Intel® TVB) is a feature that opportunistically and automatically increases clock frequency above single-core and multi-core Intel® Turbo Boost Technology frequencies based on how much the processor is operating below its maximum temperature and whether turbo power budget is available. The frequency gain and duration is dependent on the workload, capabilities of the processor and the processor cooling solution.

3Up to 50% better integrated graphics performance (gen over gen) – As measured by 3DMark-Fire Strike Graphics Score. Results are based on measurements as of 01/18/2021 and may not reflect all publicly available security updates. See configuration disclosure for details.